Store Page
Arma 3>  Workshop > Dedmen Miller's Workshop
This item has been removed from the community because it violates Steam Community & Content Guidelines. It is only visible to you. If you believe your item has been removed by mistake, please contact Steam Support.
This item is incompatible with Arma 3. Please see the instructions page for reasons why this item might not work within Arma 3.
Current visibility: Hidden
This item will only be visible to you, admins, and anyone marked as a creator.
Current visibility: Friends-only
This item will only be visible in searches to you, your friends, and admins. 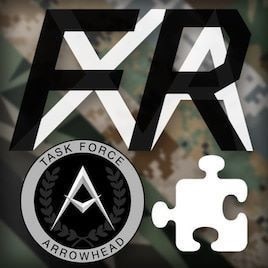 Dedmen Miller
Online
See all 286 collections (some may be hidden)

This item has been added to your Subscriptions. Some games will require you to relaunch them before the item will be downloaded.
Description
Description:
Mod that adds additional camo varients for the 'RT-1523G' type of radios.

History:
This mod was originally created by a request from my unit, which was disbanded, for one UCP varient for the 'RT-1523G (ASIP) Big'.
Due to my unit having had disbanded, there was no longer use for my mod. So, I then decided to release the 'RT-1523G (ASIP) Big [UCP]' to the public for other units that will find better use of them, since TFR has a limited list of camo varients. I later created the a UCP varient for the 'RT-1523G (ASIP)' out of boredom to finally complete the list of 'RT-1523G' radio.
As time pasted, 2 users requested if I could make any additional varients of camo types, which can be found bellow in the comments. I then decided to created as requested with the exception of an asked 'Multicam' for now.
I plan to maybe further work on this mod for more varients of camo types depending on the feedback of the amount of users used my mod and how many users will ask.

This Mod was originally made by https://steamcommunity.com/id/freexavier

This mod requires TFAR to work.

LICENSE:
This work is licensed under the Arma Public License
< >
29 Comments

Dedmen Miller  [author] May 3 @ 1:10am
TFAR core is TFAR beta, not the old task_force_radio

The Red Prince Of Moscow May 2 @ 6:19am
this mod is giving me troubles it says im missing tfar core but i have it installed

does this work with the beta TFAR version or only with the non-beta version?