Store Page
Divinity: Original Sin 2>  Workshop > Heaphaistos's Workshop
This item has been removed from the community because it violates Steam Community & Content Guidelines. It is only visible to you. If you believe your item has been removed by mistake, please contact Steam Support.
This item is incompatible with Divinity: Original Sin 2. Please see the instructions page for reasons why this item might not work within Divinity: Original Sin 2.
Current visibility: Hidden
This item will only be visible to you, admins, and anyone marked as a creator.
Current visibility: Friends-only
This item will only be visible in searches to you, your friends, and admins. 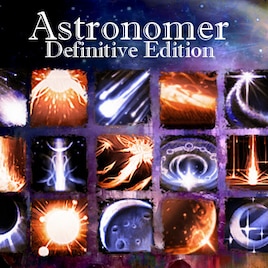 Heaphaistos
Offline
See all 11259 collections (some may be hidden)

This item has been added to your Subscriptions. Some games will require you to relaunch them before the item will be downloaded.
Description
The Astronomer is an intelligence-based class.

This class give you access to the new schools of magic : Sun Magic and Moon Magic. Each of these schools offer damage skills and support skills. The great part behind these two magic is that you can combine the Sun magic and the Moon magic to create Eclipse magic. This class is not easy to master and can sometimes be confusing. Only a real astronomer can master all the celestials spells.

The Damage Mage : The Astronomer is mainly play as a dps class with great debuff. You have a lot of option for damage and debuff, because of the combining mechanic. Skills such as : Cosmic Strike combine with Sun Essence give you the skill Penumbra Beam, this skill deals good damage in a marked zone. But you can also just empower any Moon or Sun skills with it own essence, such as : Sun Eruption combine with Sun Essence allow you to melt a percentage of the enemy's physical armor and reduce it physical and fire resistance. This class also offer some support skills like : Stellar Shield, Lunar Blessing, Luna's Light and more.

How to build this class : For the attributes max Intelligence and Wits, you also want some point in Memory. I suggest to max out, as fast as you can, Hydrosophist and Pyrokinetic for the abilities. The Talent Savage Sortilege is a most have for increase damage late game. This class is also best suited with a melee ally or an mage that control the battlefield with good displacement tools.

You can test every skills inside Game Master Mode. ( You can also find a vase at Fort Joy close to Solstice with all the skillbooks. )

Solstice the Astronomer is the one you need! You can find him :

sgc1307 Dec 23, 2021 @ 9:53pm
hey just a quick question. would it be possible to tweak the mod so we can combine the spellbooks like we can with the base game ones? i could see some pretty sweet combinations coming from that

Snipe Sep 4, 2021 @ 4:54am
Only level 4 and quite the damage but I likey. Good thing as I'm soloing this puppy. Animations are excellent.

c.heidelmann May 20, 2021 @ 1:26pm
Guys if you have problems buying from the trader of the astronomer and also the chromancer. Just click on the small symbol in the top right of the dialog that opens when talking with them. That will open the trading dialog.

D0rad01356 Jan 2, 2021 @ 4:01am
Love the mod. However, one consideration, the Lunar Blessing skill is quite OP considering you can remain invisible for two turns and yet cast and attack. Either way, thank you for your time and efforts in producing this mod everyone to enjoy!

Massively Cute Panda Rapè Nov 20, 2020 @ 4:52am
Should have been called Astromancer. Huge missed opportunity. One star.