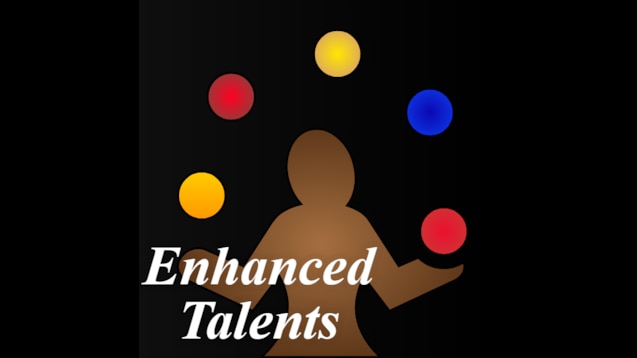 This item has been added to your Subscriptions. Some games will require you to relaunch them before the item will be downloaded.
In 1 collection by baardvaark
Baardvaark's Favorite Moddos

43 items
Description
This mod makes major improvements to a number of lesser talents, including Demon, Ice King, Escapist, Leech, Arrow Recovery, and Bigger and Better, and some minor buffs to various other talents.

Demon now gives you a 33% chance to gain a random fire-related buff when casting a pyrokinetic skill or receiving Necrofire.

Ice King gives you a 33% chance to gain a random water-related buff when casting a hydrosophist skill. On being frozen, you instead are placed in 1 turn of permafrost.

Leech makes it so 10% of the time when damaging a character with a positive status, you will receive a copy of this status.

Arrow Recovery renamed Frugality, now also lets you recover potions and resurrection scrolls on use 33% of the time.

Escapist lets you move slightly and use movement skills while crippled, entangled, or webbed.

Bigger and Better increases all of your stats by 1, in addition to +2 stats to spend. The +1 bonus increase to 2 at level 15.

Executioner now only grants 1 AP per kill, but can activate multiple times in one turn.

All Skilled Up now grants +2 combat and +1 civil ability points instead of 1 each.

Mnemonic grants 5 memory instead of 3.

Guerilla grants a 75% damage bonus instead of 40%.


If you're interested in supporting me, consider buying me a coffee!

ButtStorm Feb 27, 2021 @ 4:56am
executioner nerf seems in place tho ^^. it was always a go-to perk, and now there are so many more valid options to pick from. great work in general! awesome!

PremierVader Dec 18, 2020 @ 3:31am
Why touch executioner at all? This completely ruins it man although the other tweaks are fine. Only reason im not getting this mod.