Store Page
Conan Exiles>  Workshop > Medardusai the CoffeeWombat's Workshop
This item has been removed from the community because it violates Steam Community & Content Guidelines. It is only visible to you. If you believe your item has been removed by mistake, please contact Steam Support.
This item is incompatible with Conan Exiles. Please see the instructions page for reasons why this item might not work within Conan Exiles.
Current visibility: Hidden
This item will only be visible to you, admins, and anyone marked as a creator.
Current visibility: Friends-only
This item will only be visible in searches to you, your friends, and admins. 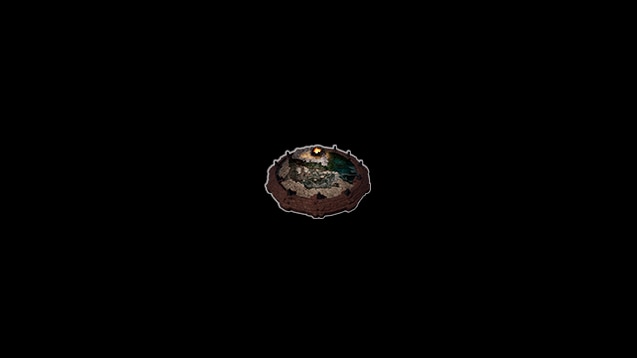 This item has been added to your Subscriptions. Some games will require you to relaunch them before the item will be downloaded.
In 1 collection by Medardusai the CoffeeWombat
Save Haven

10 items
Description
Adds craftable crystals which can be attuned to a map room to teleport to it.

Thanks to EZee_AP who helped me greatly by pointing me in the right direction regarding teleporting.
Thanks to Foxcat and shadowCMD who helped me fix the duplicated execution problems with events.

If the server you play on uses an older version you can download those here, starting from 1.2.0:
https:// mega . nz/ #F!vDY0lI5Y!SpsIzEXLOyFCEmqcwsiYgA
Please remove the whitespaces, steam automatically removes links to common file sharing services to prevent spam.

If the anchor is destroyed or picked up the crystal will loose its attunement. Replacing a picked up anchor will not reinstate attunement.

Can I have multiple crystals?
Yes and there are coloured versions available to distuingish them.
The crystals aren't dyeable - you have to use the recipe for the specific coloured crystal you want.
Be aware though that the cooldowns are specific to players and anchors - if you have a 24h cooldown crafting more crystals will still only allow you to teleport to the same anchor once every 24h.

Isn't the item too powerful?
Maybe, but the costs are reasonably high, I'd reckon. I primarily made this because I don't want to spend three quarters of my time running back and forth over the map.
Additionally by default the teleport sequence is aborted when the player moves (voluntarily or involuntarily) and when the player takes damage.

Will the crystals work in dungeons etc.pp. ?
Yes.

The dungeons are actually just places outside of the playable area in the same map - so the crystals will work from there as well.

Admin FAQ:
How do I configure the mod?
The mod is configured through ModControlPanel. If you do not have MCP installed you can use `DataCmd MapRoomTeleportConfig` to open the window.

Mod compatibility?
In short: It should be compatible with all other mods.

In long: The only table change that isn't just adding a row is NpcDialogues to allow to learn the required feat. And even here only the row for the Archivist is being modified.
Hence any mod changing that specific row in the NpcDialogue table will likely be incompatible.

Is the mod viable for PvP?
Yes - since version 1.6.0 the teleport sequence is aborted when the player moves or takes damage by default.

Modder FAQ:
Can I make a placeable from my mod usable with teleport crystals?
Yes - the crystals also recognize any BP_Master_Placeable child with the component tag "MapRoomTeleportCrystal_Anchor".

Thanks goes to Dunkelrose, the author of Shadows of Skelos, who forwarded the feature request from one of their users.

Since version 2.1.0 admins can make any placeable with an entry in the itemtable a teleport anchor.

Configuration
The mod is configured through ModControlPanel.
If you do not have ModControlPanel installed you can open the window by entering `DataCmd MapRoomTeleportConfig` in the console.

The console is most commonly opened by pressing tilde (~) or Insert.

Known issues:
When other players use the teleport crystals I can't see the particles or hear the teleport sound!
Yes, there isn't a node that spawns replicated particles, nor a node that plays replicated sound.
Nothing I can do about it - this is something Funcom needs to expose on their end.

Bug reports
Please use the following template when reporting an issue:

Mode: Singleplayer/Coop/Dedicated
In admin mode when the issue occurred:

Other active mods (in load order):
-

"crystals are easily wiped if your not aware of your location when porting to another location, or if your cursor is accidentally targeting it from a 300 meters away,"
Either you're using a very old version or you're lying. The trace to target map rooms goes a little over the range needed to show the target ui.

"A lot of other mods have the ability to craft a teleporter, with no crystals, don't take up inventory space and puts a icon on your map for location and clik ability to port. that's right!"
And its good that there are other options - but they cater to a different audience. I wanted a viable believable in-universe option for teleporting.
It isn't as convenient but it's what I prefer.

Should I get back into Conan Exiles I may look into making that configurable - i.e. if teleport tethers (the crystals) are required or not etc.pp. But until then I'll only fix the mod within the current scope of the project.

Medardusai the CoffeeWombat  [author] Aug 16 @ 4:17am
That sound like a recent update broke the attuning. I'll look into it, thanks nathaniel.

nathaniel Aug 15 @ 11:55am
I am getting an error while trying to attune the crystal. I equipped the crystal to my hotbar, then looked at the map room. The interact popup appears, so I know the game is recognizing that I'm looking directly at the map room. However when I try to use the crystal on my hotbar, it merely says that it is not attuned, rather than attuning. Perhaps I'm doing something wrong? Do I need to try making a new map room?

Janesko Aug 2 @ 3:26pm
I love this mod and I hope it gets updated! I've actually built a huge Parthenon type structure to house it....looks really cool. Thanks

Vocko Jul 24 @ 7:00pm
Sorry to add this comment. this mod is past its prime, Footprint is to large, crystals are easily wiped if your not aware of your location when porting to another location, or if your cursor is accidentally targeting it from a 300 meters away, crystals take up inventory space, and your limited to a few colours. A lot of other mods have the ability to craft a teleporter, with no crystals, don't take up inventory space and puts a icon on your map for location and clik ability to port. that's right! you can clik on the location on your map and boom your instantly transported. Don't get me wrong i loved this mod. The way it looks is cool, get rid of the crystals and put a clickable map icon, this mod would be ahead of everyone else. Until then good luck, try this mod, atm is alot better and its no bigger then 1 block. https://steamcommunity.com/sharedfiles/filedetails/?id=2424793128

Medardusai the CoffeeWombat  [author] Feb 26 @ 3:59pm
The current version works on both Siptah an EL. You (or whoever is the admin for your server) has to configure teleport anchors to use with teleport crystals.

TheHourMan Feb 26 @ 2:44pm
Mod works perfectly for us, but I was wondering if you are ever planning on making a Siptah version, or some version that would work universally in either Siptah or EL

Medardusai the CoffeeWombat  [author] Jan 8 @ 12:56am
Thank you for your constructive feedback, I'll take it into account.
< >