Store Page
Crusader Kings II>  Workshop > Exquise's Workshop
This item has been removed from the community because it violates Steam Community & Content Guidelines. It is only visible to you. If you believe your item has been removed by mistake, please contact Steam Support.
This item is incompatible with Crusader Kings II. Please see the instructions page for reasons why this item might not work within Crusader Kings II.
Current visibility: Hidden
This item will only be visible to you, admins, and anyone marked as a creator.
Current visibility: Friends-only
This item will only be visible in searches to you, your friends, and admins. 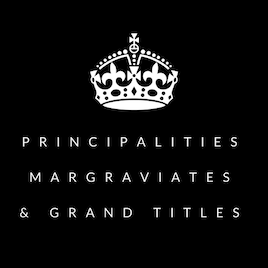 Exquise
Offline
See all 80 collections (some may be hidden)

This item has been added to your Subscriptions. Some games will require you to relaunch them before the item will be downloaded.
Description
Principalities, Margraviates & Grand Titles (PMGT) adds over 500+ new Duke and King tier titles including Princes, Grand Princes, Grand Dukes and Margraves. This mod covers the Empires of Italia, HRE, Francia, Hispania, Carpathia and the Wendish Empire, as well as the Kingdoms of Croatia, Serbia, Ruthenia, and Rus.

Known Issues
Due to a bug, when using 'Convert to ...' decisions on the title screen of a Principality/March, it will show that it is still creatable even though it should not. This is an opportunity to create a Titular Principality/March if you choose as you will not be allowed to create that title after exting.

Author's Notes
This mod is a work in progress and the AI will not create Principalities. This mod will not work with any mod that modifies duchy names in landed_titles. Mod uses on_startup to set titles' flags, this will work with any custom flag (i.e. Patrum Scuta Ironman) set to a duchy's coded name. Any suggestions and comments are greatly welcomed below, I will try and keep this updated as much as possible.

Check this mod out on Paradox Forums[forum.paradoxplaza.com]

Corineus May 9 @ 6:36am
Can I use this mod to create a titular duchy (grand or otherwise) of Venaissin starting as a count of Venaissin & Viviers at 1066 start?

jaimeravachi Oct 1, 2020 @ 8:20am
Hello, I've tested this with and without mods and it doesn't work for me. To be clear, I play on mac, I don't have any DLC's and as I understand it, in order to create/convert the counties/duchies into marches/principalities/grand duchies is to right click the title icon (shield/coat of arms) but when I do that there is no option to do so whether or not I own the title or the title doesn't exist yet. Please help me understand if I'm doing anything wrong. I would really love to add these features to my game.

Fyrehanabi Sep 8, 2020 @ 3:04am
Have you given any thought to expanding the number of empires that this covers, such as adding the Byzantine, Arabian etc. empires?

DeleteTheNats Sep 4, 2020 @ 4:38pm
@JohnMems Prince of Wales title exists as a king-level title but you can only create it if you are Emperor of Britain, since historically it has been used as the title of the English and later British heir.

JohnMems May 11, 2020 @ 1:42am
I don't know if any of these are included but a Prince of Wales would be most Appreciated, as would Grand Duke of Luxembourg, Prince of Liechtenstein, Prince of Andorra, Prince of Monaco, Republic of San Marino, Prince of Malta, and last but not least le Dauphin which was the french counterpart of the Prince of Wales, it's just a suggestion, cheers mate.