This user has also played as:
Sir Patrick 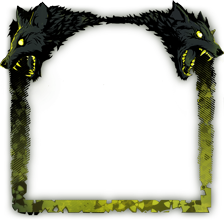 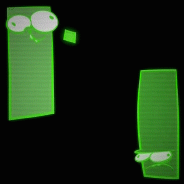 I do NOT accept friends invites unless you tell me why you are inviting me; I am letting my friendslist die out a little (meaning I will only keep players I have played with and like or talk with). The ones on my friendslist (only 50 or so) will never be removed, the others usually go away on their own.

+4,647
4,653
Achievements
10
Perfect Games
23%
Avg. Game Completion Rate
About me
I used to be a hard core gamer but since 6 months I have put my Energy into sports (mountainbiking, running, combat training)
I will still play from time to time.. But more recreational and not as competitive as before.
I use my real picture on my profile because I am proud of what I have accomplished. Troll, insult, whatever.. You will be ignored and blocked.. I will waste no time with children.
Thx and take care.
Review Showcase

Sid Meier's Civilization VI
3,402 Hours played
RECOMMENDED BUT
There are quite a few reviews out of this game allready, not to many with my playtime. I have waited till I got a good view on some of the things that can be adressed and improved upon.
I will try to use screenshots if I am able but since I am writing this review when I came back from work, please excuse any typo's and other faults you come across.

I loved civ 5 and was looking forward to this game a lot. Let me state that this is BY FAR the best base release of a civilization itteration. many of you will remember CIV:BE, a game that I personally liked in all honesty.

There are quite a few things different from civ 5, they recommend that you use the tutorial if you are new to the game. ALthough it helps a little it doesn't explain how different mechanics work in the game.

They stated that they have put a lot of work into the civilopedia. Personally I don't think that it is very helpfull, it gives base information about certain aspects of the game. I highly recommend reading the darn manual :D It is a good read and a lot more helpfull than a civilopedia thingy.

As in all civ games you start with a settler and a warrior, the settler is used to found (start up) cities, now however there is one hell of a big thing to reconsider and that is the availabillity of fresh water.
You can use map overlays to let you show where the best spot is to found cities, the main rule, the more green, the better. Also different from past games, in order to have a harbor you do not need a coastal city, you can use a district to place one. More of that later.

Research
The research is split into 2 groups, one for your basic research (as you are used to in civ 5) and one civics tree. Although I like the concept it is way to easy to advance in both trees. When you play the game you get them EUREKA moments. It is when you, for example, found a city near the water, that you get a boost (50 percent) of a particular science. This is just to powerfull and the sole reason I researched both trees before (LONG BEFORE) I won the game. This needs to be adressed but for new players this will be helpfull because it makes the game easier.

The AI in this game is better then CIV BE but thats not hard to accomplish, it simply isnt on par at the moment with what you would have expected after the heralds of wow moments of the online reviewers.
AN example, I am in the atomic erra, one of the AI forces (let's say spain) declared war on me, rightfully so because I like to fight, a lot but my friends know that. SO he attacks me, with spearmen, crosbows and pikemen. SO no biggie, I have tanks and bombs, planes and helicopters. They lost, the game is so badly optimized for the AI that I was able to declare war on every singly faction and still won. The AI does NOT upgrade the units they have, that's a shame.

WAR, what is it goood for....
Here is another important change from civ 5, the community seems devided, I myself, am still not sure what I think of it.

In Civ 5 you had happiness, or you didnt had any because you took to many wars, here you have amenities. They take some time to get used to, in short you manage city per city and not glabally. In every city you have amenities, they can come from luxaries (spice and diamonds and things like that) or constructions and wonders, you must be made aware that the more cities you have, the harder it is to get the cities in a happy state.
The resources (as I have come to understand it, I may be wrong) is that of every resource you get 4 quantities and no more, so the 5th city will need a different resource to make them happy. It is hard to explain but once you play the game it becomes clearish.
Now, what I do for dominination victory (you need all capitals for the win) is to raze cities that are NOT important to me, you will NEED to do this when you capture the city because you cant raze a city 5 turns later, thats a huge difference and I like to compare this to civ 4. You can not raze cities that have been capitals.

The maximum amount of charges if you are not China is actually 6 (pyramids + certain economic policy), and as China the maximum number is 7.

They kinda work the same as in civ 5 but not completely, if you choose a work for them to do (mining, farming etc) they do it INSTANTLY. They can do it (for most civilizations) 3 times at the start of t he game, this can be improved with research later on, I think a max is 5 charges?
Once the chargers are used up, the unit dissapears, everytime you use a charge one man will be shown less than a fully charged unit 3 -->2 ---->1 and then nada

They have added a lot of new units and still I think they could have done more. With research you can now link up to 3 units of the same type in armies (land units) or armada's (sea units)
They show this with stars in the shield of the unit. I wish they would have used a different method, one artilliry is one unit and if you link a second artilliry, in my opinion, it should have been visualized as 2 artilleries and then one more for 3 units. Now you get the same representation, one unit but if it is an army, yay, you get 3 stars in its shield. But for the UPT haters this is a nice middleway. I hope modders will add my idea into the game later on.

I am tired and will need to end this, to sum some things up that are very unclear to new players:

Walls can be build once you have made the proper research, when you have completed the research you can build ancient walls, with these walls your cities can bombard enemies in your land. Without these you are a sitting duck and you will loose cities faster then you can say omg.
Now there is a bug I have found, once you have researched a certain civic, walls become obsolete, it doesn't tell you this. You can see this by going into the city build menu and try to build upgrades for your walls (ancient ---> Medieval--->renaissance) They will be greyed out.
http://steamcommunity.com/sharedfiles/filedetails/?id=786518220
This happens after researching this civic below
http://steamcommunity.com/sharedfiles/filedetails/?id=787007543

Many ask where the button is to see what and where your units are, they placed it in a rather weird place.
At the lower right (after you have clicked a random unit of you on the map, click on the name (for example warrior), a list of your units will pop up.

For the moment you can NOT rename cities, this is a weird design on their part, I hope it gets included later on.
Renaming units is possible when they have reached level 2, when you click on a unit that has earned a promotion (level 2) you will see a feather, click on that and you will be able to rename your unit and get an achievement in the same process for that :D

So bare this in mind. I will add things later but this massive wall of text is getting out of hand, if you have any questions, do not hesitate to ask me.
View all 17 comments
Screenshot Showcase 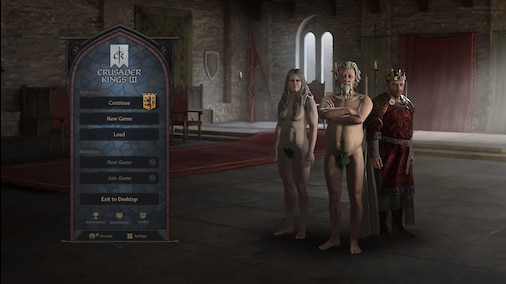 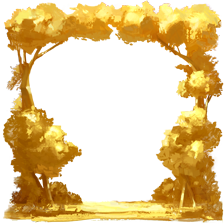 Ætherial Jan 1 @ 1:15pm
Happy belated Christmas VeeToO, just got back home so I have internet to now respond. Hope you have a good new years.

Adam Jensen 007 Sep 26, 2019 @ 7:41pm
Thermodynamic LAW: energy is neither created nor destroyed. It only changes form.
Guess who else is energy? We are all!