This user has also played as:
sfnhltb Vampire: The Masquerade - Bloodlines
0.2 Hours played
Probably for me one of the best RPGs there has been - although it should be noted this is a story based RPG where the focus is interacting with the NPCs and working out what is going on and finding a way to survive all the machinations and chaos going on around you. It isn't a loot/xp grind type RPG, so if that is your cup of tea, look elsewhere.

The story is pretty well done, with a series of very different chapters as you move through the different regions of the city and encounter different types of threats. There are numerous memorable characters you interact with along the way, particularly Jeanette and Therese, Nines, Sebastian, Smiling Jack, VV, etc. Even the minor characters are generally done well enough to help flesh out and pull you into the world more convincingly (see especially Romero, or the surfers at the beach), which is essential to this sort of game. As others mention in their reviews the voice acting is a particular strength here. While some of the characters/situations are a bit (or a lot) cliche, for me they are done well enough for that not to hurt things.

There are also a couple of particularly good set piece events in the game which really raise the bar - the key one being the mission to the Hotel towards the end of the first chapter, and the second being towards the middle of the game when you go up to the observatory. The mission for Romero in the graveyard is pretty amusing as well.

In terms of gameplay it is all fairly solid - combat is generally somewhat challenging - not so hard that you die all the time and lose immersion, but not so easy it just feels like filler in between story advancement. Items and skills gained from levelling are powerful and can make certain situations (combat and not) a lot easier, but there are no required skills - there is always an alternative path or three to progress. This is particularly shown if you play through again as a Nosferatu which have to travel through the sewers for most of the story to avoid being seen by any humans, but also in the dialogue expanding skills to persuade or intimidate (or try) which trigger different reactions and courses of events than can happen without the appropriate skills.
Leave a comment
Screenshot Showcase 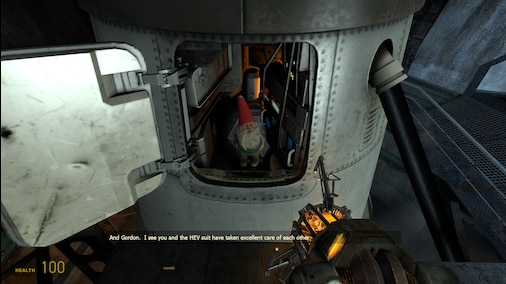 For Raphael Poulain, after much mucking around in the muscle car 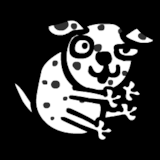 Fingered
How to read the onscreen cues given by the dog on day 21
Items Up For Trade
11,374
Items Owned
29
Trades Made
56,623
Market Transactions
Awards Showcase