This user has also played as:
ℤσǝ Noob
100 XP
I bit the head off a gummy bear and then I felt really bad about it.
View more info
Currently Offline
Badges  93

Grandmaster Of The Toes
Online
54 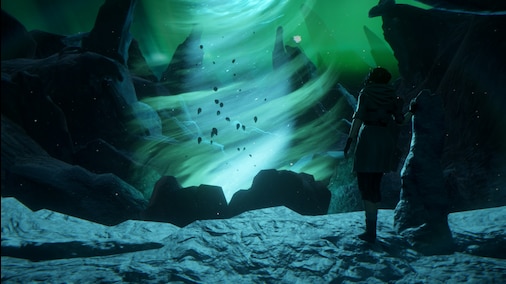 Bear With Me
12.7 Hours played
I love this game. I'm currently going through Episode 2 but I love this game so much already. I'm really into noir and old time type of games.

Despite this, I don't think this game is for everybody. First of all it is a point-and-click adventure. I know some people don't like those types of games. I don't, but this is an exception. Secondly, the game is entirely in black and white (with exceptions of a few parts which adds a touch of color) which is similar to how people don't like all black and white movies/TV episodes.

However, this game is brilliant. It has references to a lot of different things, like Harry Potter, Bob Ross, Wizard of Oz, just to name a few. I really like they put these in there because most of them are just kind of little easter eggs you come across when you're examining things within the game but it still puts a little smile on my face like "Hey, I get that reference!" But what I love most about this game is the humor. If you're into cheesy humor, this is the game for you. I have what you would call "dad joke" humor and there's puns and just silly jokes in the game. I know some people hate that type of stuff but it's definitely my cup of tea. In example, the bear's name is literally "Ted E. Bear."

All in all, this isn't a game for everybody but I definitely recommend it to anybody who knows how to enjoy the little things and want a smile put on their face (if you're into the type of humor in this game).

EDIT: At the time I reviewed this I had not finished the game. I just finished it now. I would like to say this game is AMAZING. I know I said that I really liked it already, but the end of the game has such a deep meaning. It teaches us all a lesson and overall, despite all the humor and jokes in this game, the message sent in this game is such a deep meaning. I sometimes am disappointed in the ending of games, but this game did not disappoint AT ALL.
Leave a comment
View all 14 comments < >
Comments

get in the car

tiny little pig running fast Apr 5, 2016 @ 7:50pm
hey, sorry I saw your profile and I just thought you looked cute in your picture, I really wanted to tell you that)) It's really rare to see girls playing video games haha! I don't know why its a guy thing honestly im like really against misogyny and like ill be the one in the kitchen making sandwiches. We should really play l4d2 sometime its a really cool zombie game with a lot of scary moments, but don't worry ill be there to protect you ;) sorry that wasnt flirting I swear Im just trying to be friendly I really like your profile picture sorry was that too far? Really sorry i'm really shy I don't go out much haha add me on skype we should talk more you look really nice and fun xxx
< >