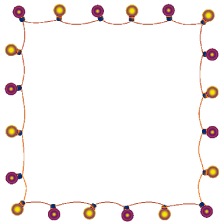 Recommended
238.7 hrs on record
The ultimate edition is one of the most expensive games on Steam. Even on sale I´ve had to pay the price for an undiscounted AAA title. The game requires an Xbox account and the publisher isn´t your favourite indie company in need of your money ;)

The game was released on Xbox some years ago and Forza 5 might be released on Xbox this year. So Steam users are asked a premium XXL price for something that´s nearing the end of its life cycle. The port to PC is ok, but some players experience micro stutters in MP races. I´ve had about one ctd per 20 gaming hours which isn´t ok, but would be tolerable (if not for the premium price tag).

After all those cons, why do I recommend this game?

Most fun I´ve ever had in an arcade racing game! A zillion cars to use and abuse, fluent transition from SP to MP and such a lot of things to do and experience, that you need hundrets of hours to play through. Difficulty can be adjusted in a lot of clever ways. The rewarding system is perfect and keeps your playing for more cars, houses or just avatar cosmetics.

From races on streets or through the woods, to stunt driving and playing tag there´s no activity that´s not implemented. There´s even a battle royale in cars that´ll entertain you for hours. The main advantage to buy a game that´s been released years ago: all the additions that Xbox players had to wait for are already there. 2 extra maps (dlc that are included in the ultimate edition), nearly 500 (!) cars to chose from and a great variety of player-made car settings and cosmetics.

For achievement hunters: all achievs work and are doable. It took me around 200 hrs to get them all - without any grindy stuff and with a lot of fun.

Posted May 11.
Was this review helpful? Yes No Funny

Recommended
45.4 hrs on record (14.2 hrs at review time)
The best pool / snooker game on steam! All variants of pool and snooker are in the game (6, 7, 8 ball...) and the AI can be set to a really challenging difficulty. You can switch between 2d and 3d view during a match and change the look of nearly everything (tables, balls...) to your liking. The devs are still updating and improving the game. Since there´re no additional costs like dlc, even the normal price is absolutely fair.
Posted May 10.
Was this review helpful? Yes No Funny

Recommended
196.0 hrs on record (184.2 hrs at review time)
Entertaining and well made. While the other games in that genre usually frustrate me with micromanagement issues, Transport Fever 2 didn´t get boring for +150 hrs by now. Sandbox with Steam Workshop and an easy way to build and set up transport lines does the job for me nicely.
It´s relaxing to see your little world grow as the decades fly by. There are no AI competitors and the economy part isn´t very challenging. The campaign is a nice way to get to know most aspects of the game, but the main focus for most players is the sandbox / free game. With all the editing possibilities and mods you can create the game and challenges freely and have fun as the undisputed provider for transport services in your world.
Posted February 25.
Was this review helpful? Yes No Funny

Recommended
51.2 hrs on record (11.1 hrs at review time)
A racing game with an outside view only? With abstract gfx and no brand names? No real courses and no real driver names?

Yes, it sounds like something out of a money grabbing coding hell hole. But what started as a "let´s get over with it quickly" test isn´t over after +10 hrs of pure fun! You can feel, hear and see the dev´s love for rally sport. The driving physics are great and the overall experience is better than in most of the other racing games that would have all the things mentioned above. A fine example that concentrating on the things that really count, isn´t just brave but can be very rewarding (if you know what you are doing like Funselektor Labs).
Posted December 9, 2020.
Was this review helpful? Yes No Funny

Recommended
551.6 hrs on record (153.1 hrs at review time)
Bugs, more bugs and BUGS!!!! Lazy devs didn´t bother and instead of doing their job they've released the game from EA and left the bugs in it. Attempting to help the players getting rid of those bugs, the devs threw in some weapons and gear but there´s still the question why they haven´t properly finished the mining simulator.

This way you´re forced to kill living creatures (-) and exploit innocent planets (--) on a mission to gather scarce minerals (stealing them from native people?) to fill the pockets of some capitalist swine (---)!!! The story alone should be enough to tag this piece of coding as unbearably politically incorrect! But to make things even worse, the chauvinist devs "forgot" to implement the possibility to play as a female dwarf!!!

It´s hard to believe that the devs found a way to bribe their way into such a politically correct envrionment as the Steam Store (SS).

For the morally challenged: there are some pretty well hidden positive aspects as well... the beer is good, the jukebox fine, the community is fun and even SP is far more entertaining than the other games released in 2020. It might be the best cosmic combat dwarf simulator atm. Things would be perfect if they'd patch it to enable missions without killing, exploitation of resources and feeding of capitalist swine... as a dwarferine.

Recommended
160.0 hrs on record
A football manager with a twist. You earn cards to upgrade players. This way you can actually influence parts of the team building directly. During matches you´ll get chances to score goals per mouse control. These are two major differences to other managers and I enjoyed those features a lot. If you are into football manager games and looking for something refreshingly new, you´d better give this one a try.
Posted April 9, 2020.
Was this review helpful? Yes No Funny

Recommended
213.9 hrs on record (114.9 hrs at review time)
Thank you creoteam! Combining turn based strategy and football certainly isn´t a must. I´d never have thought it would work out. Curiosity got me and I´m really glad I tried your game. This is a lot of fun! The games are entertaining, strategy is more important than sheer luck and buillding your team is enjoyable. The devs are still expanding and improving the game. After 18 months still no paid dlc but a ton of new free features - 5 stars in the costumer relations department!
Posted April 9, 2020.
Was this review helpful? Yes No Funny

Recommended
289.1 hrs on record (244.0 hrs at review time)
Road-tripping while sitting at home. The landmarks remind you of past rl trips. A great way to let your mind wander and relax. To explore those huge maps you can put hundrets of hours in the game without any repetitions. If you like trucks, you´ll get plenty of things to buy/upgrade. One of those games I leave installed since I will drive on in some weeks again.

update after 2 more map expansions: getting better with each of those - new features and visually far better than the early maps
Posted April 9, 2020. Last edited November 25, 2020.
Was this review helpful? Yes No Funny

Recommended
409.6 hrs on record (328.0 hrs at review time)
Road-tripping while sitting at home. The landmarks remind you of past rl trips. A great way to let your mind wander and relax. To explore those huge maps you can put hundrets of hours in the game without any repetitions. If you like trucks, you´ll get plenty of things to buy/upgrade. One of those games I leave installed since I will drive on in some weeks again.
Posted April 9, 2020. Last edited April 9, 2020.
Was this review helpful? Yes No Funny

Recommended
351.3 hrs on record
The best small scale turn based strategy game at the moment. You field 4 units in a battle and fight against some waves of enemies. Between battles you´ll get an entertaining campaign story and can upgrade nearly every aspect of your team (pilots, mechs and base). The lore of the mechs universe was new to me but even for newbies it´s fun and easy to get into. Great game for strategy fans with good gfxs and a high potential to play some hundrets of hours.
Posted April 8, 2020. Last edited April 9, 2020.
Was this review helpful? Yes No Funny