This user has also played as:
Roman Kraus Besides that, a videogame journalist.

Don't ask why am I buying every stupid game. I'm just trying to collect some ♥♥♥♥. Because I'm irresponsible with my money, I guess

Game collector with passion for both the old and new. Primarily a PC gamer, but also owner of number of older game consoles. Recently became an owner of Xbox One S and PS4 Pro (the newest console until now being a PS3).

Check out my constantly updated game collection on Completionator site [www.completionator.com].
You can also check my current playthroughs and game completions there.

PLEASE DON'T ASK ME FOR FREE GAMES OR ANY KIND OF FREE STUFF! I AM DOING GIVEAWAYS SOMETIMES, BUT I'M NOT CHARITY! IF YOU BEG, YOU GET BLOCK. THAT'S HOW IT WORKS. Thanks for understanding!

HERE IS MY GROUP (YOU MUST HAVE MORE THAN 100 GAMES!)
Favorite Group 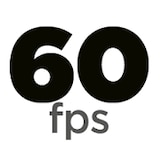 Spore
In this guide, you will learn how to configure spore's config files to allow the game to run at 60fps.

“Friendship is born at that moment when one person says to another, ‘What! You too? I thought I was the only one.”
– C.S. Lewis

“True friendship comes when the silence between two people is comfortable.”
– David Tyson

“Sweet is the memory of distant friends! Like the mellow rays of the departing sun, it falls tenderly, yet sadly, on the heart.”
– Washington Irving

Honesty is more than not lying. It is truth telling, truth speaking, truth living, and truth loving (unknown)

Have Respect to have respect back, be good - Me

“A real friend is one who walks in when the rest of the world walks out.”
– Walter Winchell

“I like to listen. I have learned a great deal from listening carefully. Most people never listen.”
– Ernest Hemingway

“Friendship is born at that moment when one person says to another, ‘What! You too? I thought I was the only one.”
– C.S. Lewis

The greatest gift of life is friendship, and I have received it

No legacy is so rich as honesty - William Shakespeare