Become The Witcher, Geralt of Rivia, a legendary monster slayer caught in a web of intrigue woven by forces vying for control of the world. Make difficult decisions and live with the consequences in a game that will immerse you in an extraordinary tale like no other.
$9.99
Visit the Store Page
Most popular community and official content for the past week.  (?)
GWENT is now available on Steam!
May 19 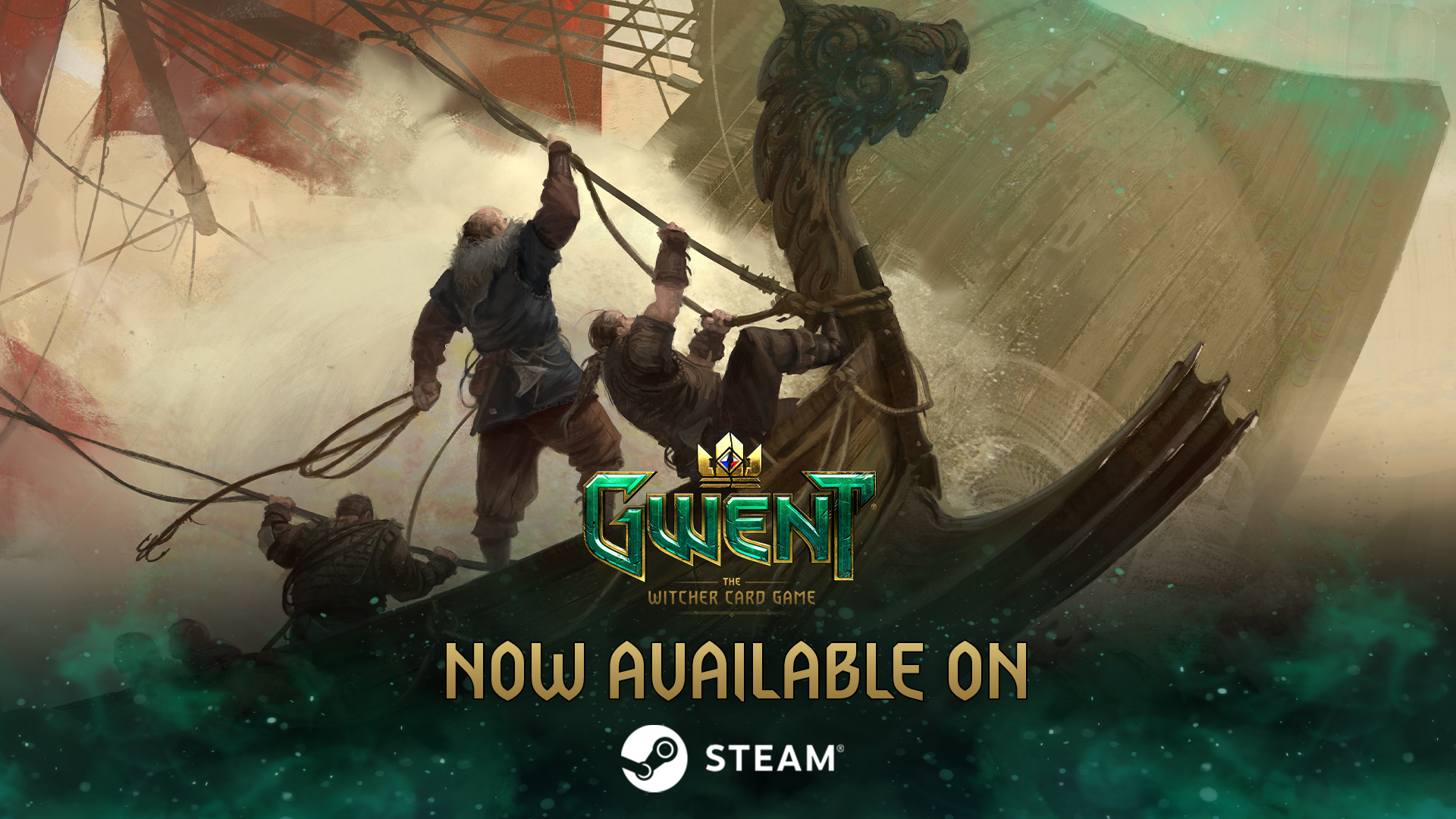 We’re excited to announce the Steam release of GWENT: The Witcher Card Game!
Following the successful launches of GWENT on iOS and Android, release on Steam is the next step in CD PROJEKT RED’s strategy to bring the game to millions of players worldwide.

The Steam release features full cross-play and synchronization functionality with other versions of the game, meaning you can compete with players on iOS, Android, and GOG, as well as carry over all items and progress between these platforms. In addition, the release also includes Steam achievements and Steam Trading Cards integration - details can be found here:
https://store.steampowered.com/app/1284410/

Additionally, thanks to an update to Thronebreaker: The Witcher Tales on Steam, from today, you can now earn rewards to use in GWENT by making progress in the Thronebreaker campaign. These rewards include premium cards and vanity items, which will unlock automatically once requisite conditions are met. If you played The Witcher Tales earlier on Steam you can unlock the rewards retroactively only if you completed your play-through of the game in online mode (with connection to the internet).

Rewards granted upon startup include:

The Witcher: Enhanced Edition
1,983
79
What do i do with the pc dvd game for windows disk
I've been wanting to play this game since 2007 when i bought the disk. my old pc however was too weak. now I've ran across the game still in the box and it keeps saying to insert the dvd to launch the game. I've tried every disk it comes with. do i need to re buy the game from steam to play it?...
12 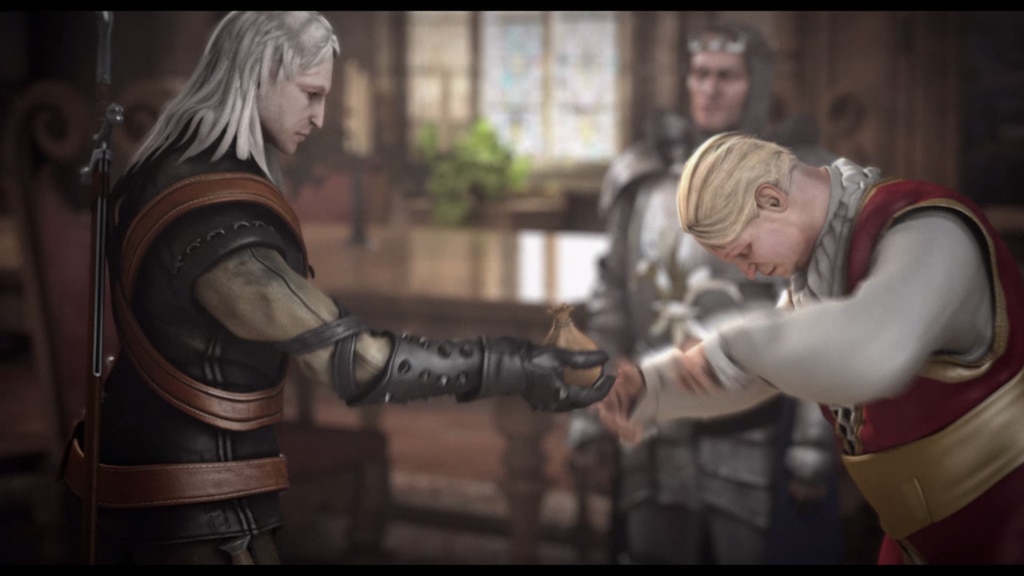 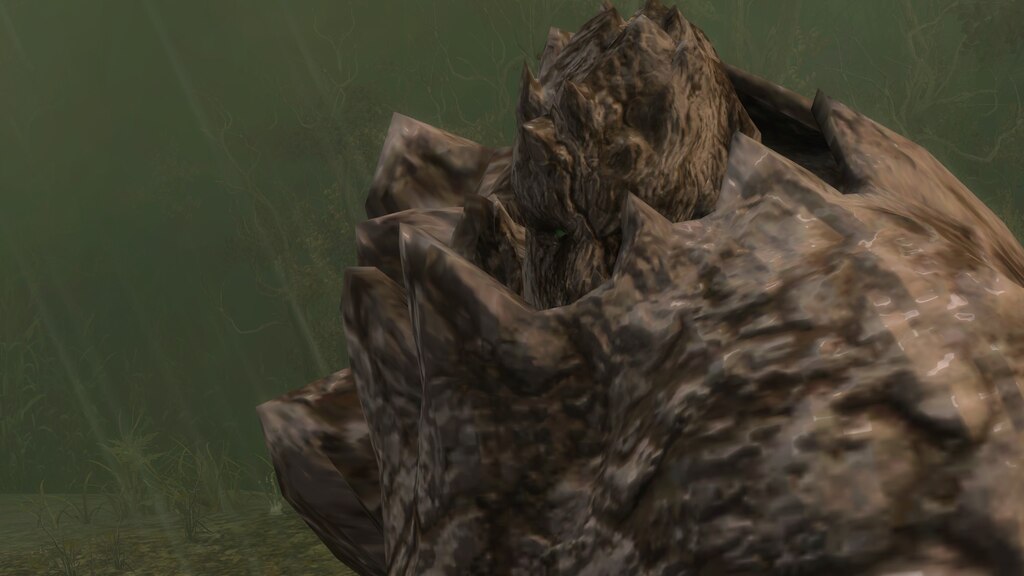 Recommended
65.4 hrs on record
Witcher Enhanced Edition has flaws, sure, but it is very, very near to being a masterpiece of the genre.
It's clear that many people mistakenly think the combat is bad because they misunderstood it. I'm sure they thought it was unresponsive or just plain broken when they played it.
But the combat is not "hack & slash" type, where a button press equals an attack. The combat is rhythm-based, just like the Arkham games that came later. You initiate an attack, wait until the attack is complete, and then initiate again at the correct time, which build into more and more powerful attacks. Just like the Arkham games, if you mis-time it, you'll still do damage, but not near as much, and you have to start over at the beginning of the attack cycle.
It saddens me that so many people truly believe the combat is "terrible", when it is simply a matter of misconception. Also it’s wrong to compare the game with Witcher 3 which has published nearly 8 years later.
For the story, it’s a masterpiece like Witcher 2, Witcher 3, Hearts of Stone and like Blood and Wine.

Also you may have missed that Jacques de Aldersberg , the grandmaster, is Alvin. Since Alvin has the same ability to teleport between space and time like CIRI, he probably accidentally teleported back in time at chapter 4, and eventually form the Order. That would explain his hatred to other race as he was being held hostage, and when the fighting and killing starts around him, that's too much for a child, so he accidentally trigger his ability like CIRI. That's why his dimeritium amulet seems old. And that's why he knew Geralt's view on the way gifts should be used and his view on destiny. Pity Geralt had to kill him. He could have told Geralt his Alvin, and that would save us a lot of trouble in The Witcher, and have a powerful ally and Army in Witcher 3 vs Wild Hunt.

In addition to all of that, “The Order of the Faming Rose” and “Salamandra” were both created by Alvin to eventually combat the White Frost. Notice how both their names are fire related; the opposite of ice.
And eventually, Geralt killed Alvin, the boy he swore to protect
Recommendation=
I highly recommend Witcher 1. First play Witcher 1, then Witcher 2, then Witcher 3 and its 2 DLCs. Of course you can watch the videos from Youtube where they explaining but it’s always good to play and see for yourself.
Witcher 3, and its DLCs= 10/10 in every part.
Witcher 2= 9/10
Witcher 1 Enhanced Edition= 8.5/10. 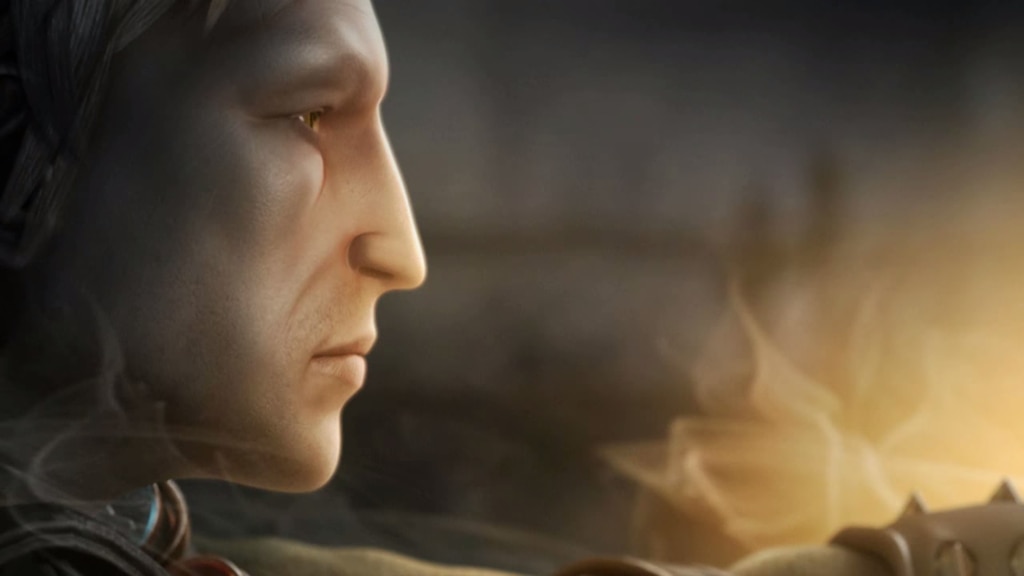 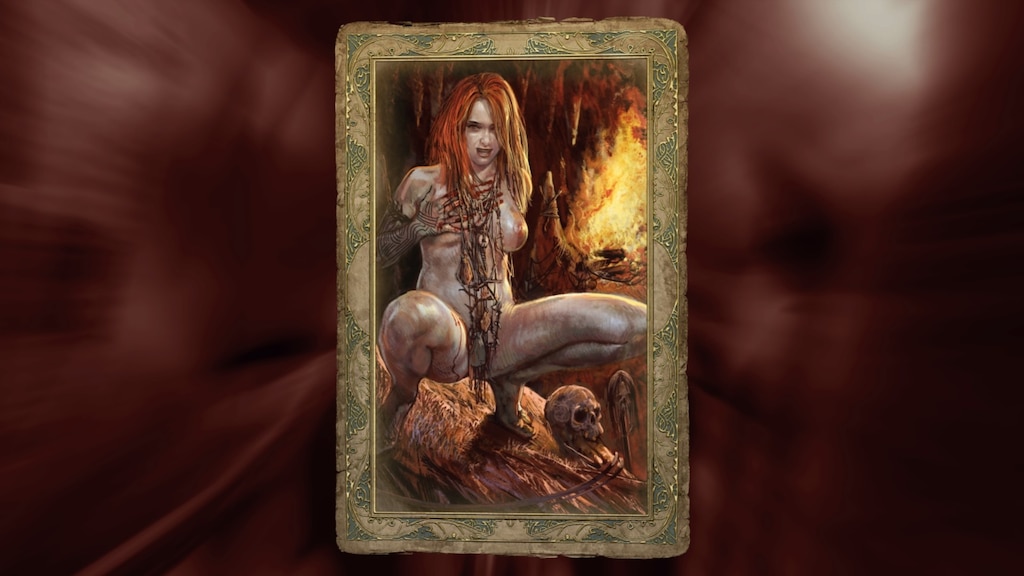 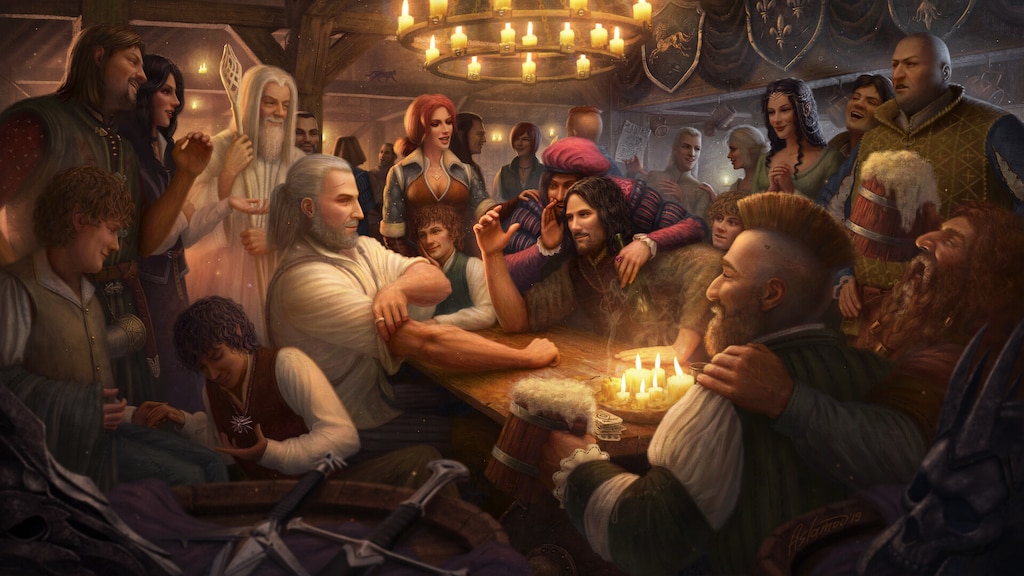 2
1
The Lord of the Rings x The Witcher 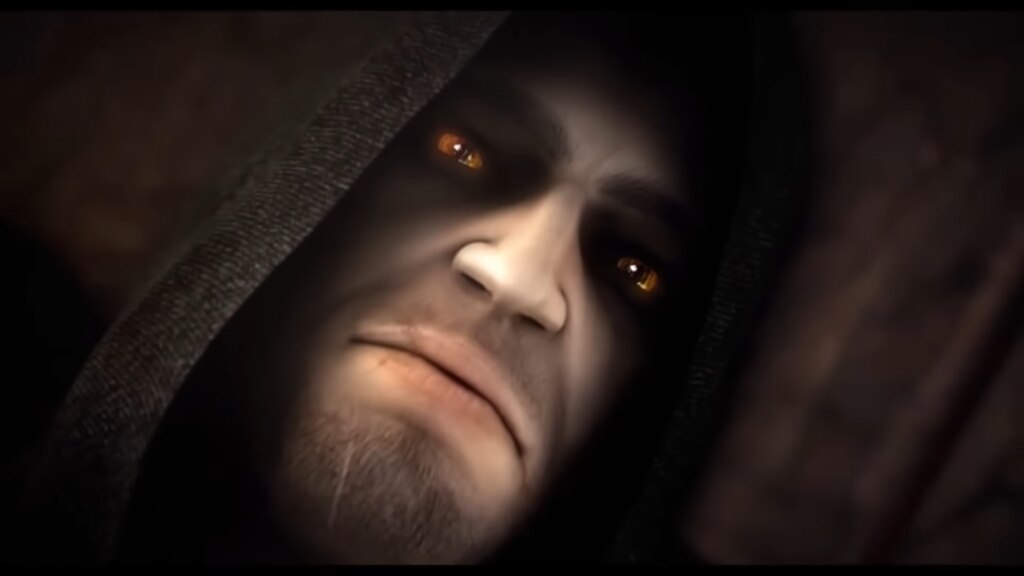 0
0
The Assasin Who Is Also A Witcher 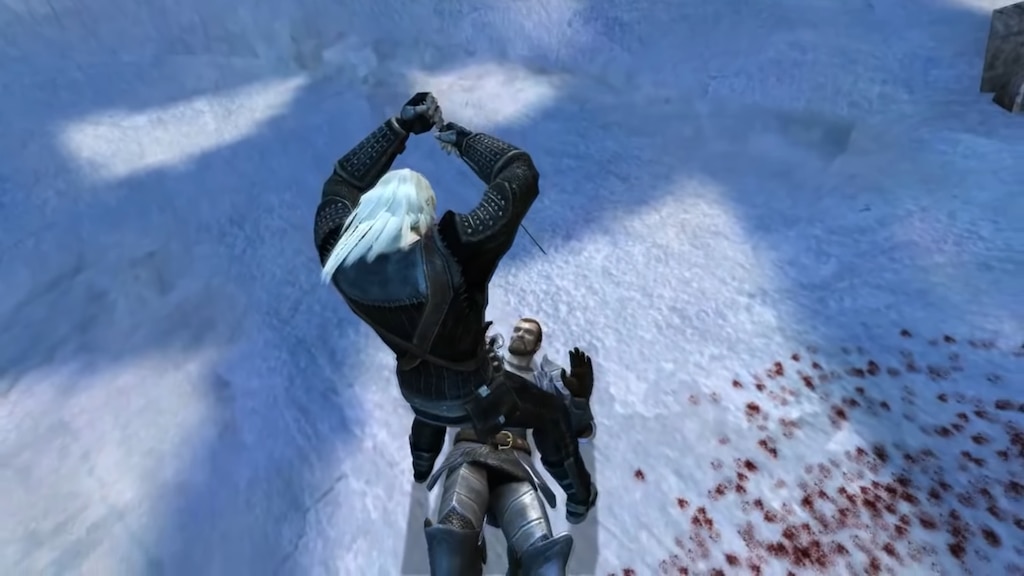 0
0
That Sword is for Monsters 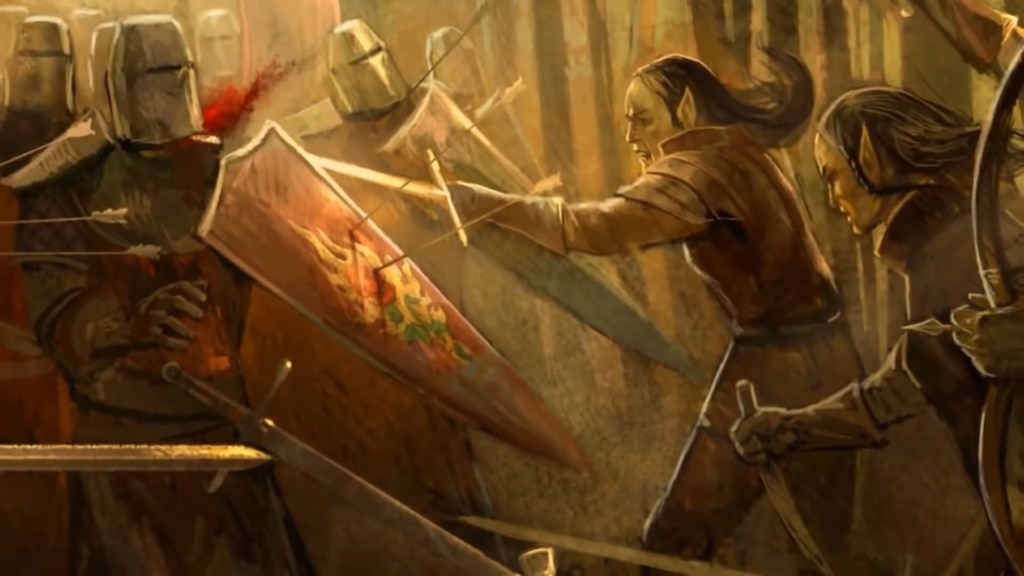 Recommended
186.0 hrs on record
Only reason I recommend this game is to have a completed Witcher experience.
This WAS a good game, when it was released, definitely did not age well.
Controls are cranky, if you try to move using the WASD buttons, a wave of frustration will overrun you, best stick to your trusted mouse for navigation.
Graphics are not bad, mods make the experience bearable, just to get by.
The story is great, the dialogs are smart and witty, your choices you make throughout the story, affect your progress down the road.
As of 2020, the only reason to play The Witcher 1 is in order to know the story so you can move on to TW2.

Recommended
66.1 hrs on record
I've spent 3 years on and off of my playthrough of this game before finishing it, and ultimately it was a great experience the whole way through. While Wild Hunt's popularity overshadows this first game, this title never the less shines through with its excellent story, world, score, of which the whole equals to far more than the sum of those parts. I recommend to give this a fair shake if you haven't played. 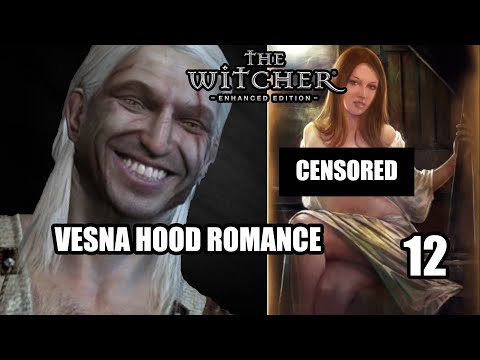 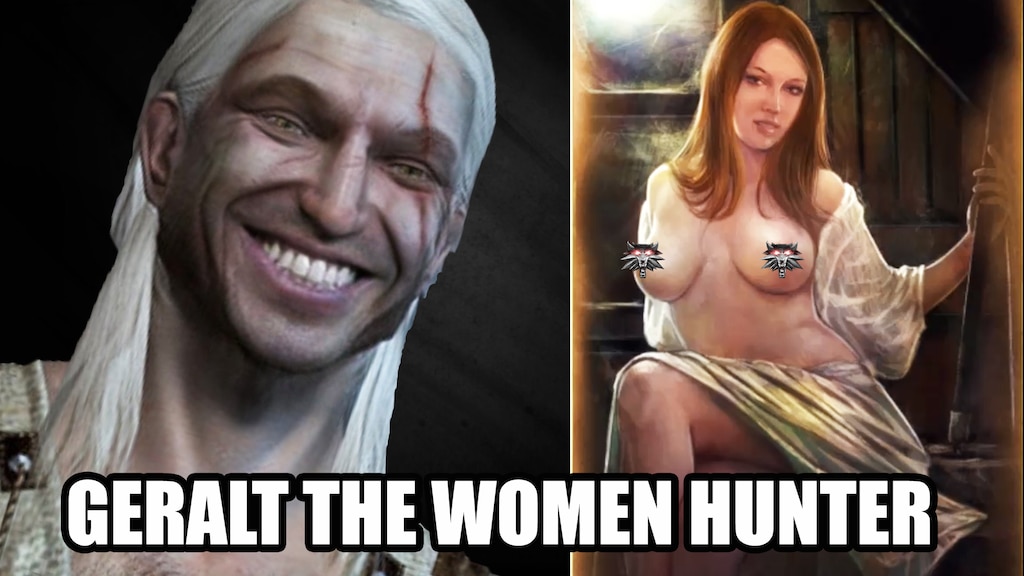 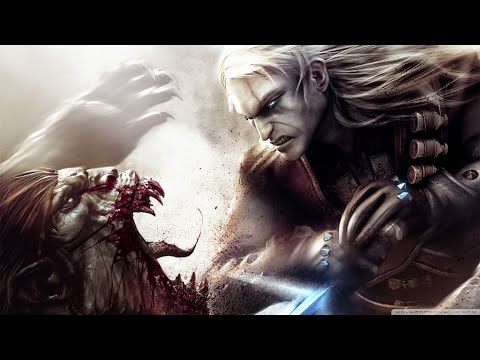 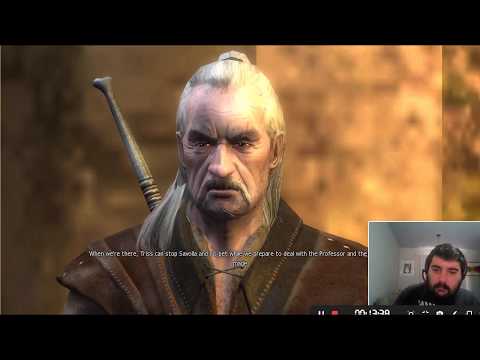 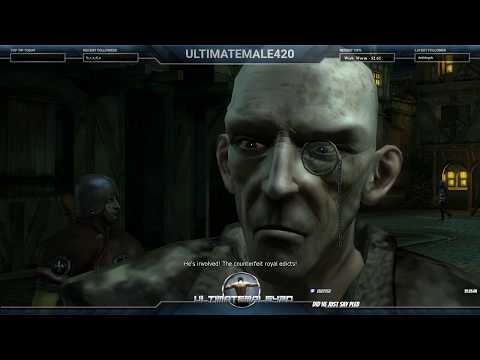 Kurang Garem
Jul 8 @ 3:53am
General Discussions
Can't pass the Beast Boss
♥♥♥♥ing Witch dying even if i kill every green wolf and doesn't even heal me, everytime i try to attack at the boss i get stunned (Pain effect)
10