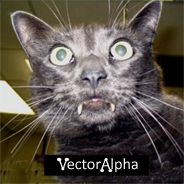 Years of Service
900 XP
Otherwise known as 'Vector' if your into that whole brevity thing...

Been playing video games, well, quite frankly, since you were born - back then they were only video arcades, so we dropped about $50 worth of quarters into any given machine and that's about how long it took till we could "pwn the game"!

Team Fortress/Half-Life Deathmatch - all of which we played till our fingers bled! Others that I particularly liked (and spent weeks of my life playing): Day of Defeat, MechWarrior/Mercs-Titanium/Mech-Commander, Call of Duty(all of them), BF1942/Battlefield-2/BF2142, Counter-Strike, etc. I also love my solo strategy games: Sids' Civ series, Panzer General series, All the Total War stuff, and dozens of others... And I was playing World of Warcraft within the first three months of it's release! YIKES!

Sometimes I get real drunk while playing FPS's and become a loud-mouthed ♥♥♥♥♥♥♥... My Apologies! It's kind of the way I get the frustrations of the day out of my system... Hopefully you still want me on your team 'cause I'm a nice person in RL, and an ok multiplayer most of the time, and I really don't mean wrong by anyone.

I believe I was the first and original person that used the player name Vector on Steam when it started, and then "Vector"s started popping up everywhere (VectorA, VectorB, Vectoryou, Vectorme). Hence, my current name, VectorAlpha.

Godthing Feb 24 @ 6:38pm
And the worst part is we should really be playing together! Its been crazy years and if my Steam account was real life they would commit me for hoarding!