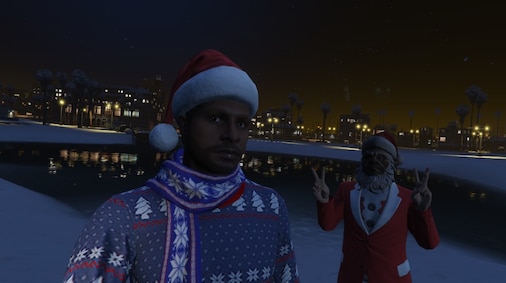 The Elder Scrolls V: Skyrim
This guide will show you how to become sexy,become strong in little time, using mods first you will need
this 2 mods (im using nexus to mod my skyrim) but I believe they are on Steam too
Master trainers [www.nexusmods.com]
Achievement Showcase

Garry's Mod
600 Hours played
Where do I even start with this game - do you have any idea what kind of game this is? It is Garry's Mod, of course. This game is really fun to play and mess around in sandbox or the other gamemodes you can install, packed with the Steam workshop in one hand and in the other; a Physics Gun to pick any item you want up and just chuck it at your friendly neighborhood ragdoll.

Jokes aside, this game can jam-pack some good times with friends. I've met a few people on Garry's Mod that I am still friends with today. The Steam Workshop just about has anything you need to spice up your gameplay. Although, the game engine it runs on is out-dated, yes, however it is over-shadowed by the fact you can still ignore the cons and keep counting the pros.

Now the online portion feels good as well, my only complaint would be how some servers have a bunch of downloads that can take up to 20+ minutes of downloading, (depending on your internet speed). I usually chill in sandbox and just mess around with some friends in a voice call on Discord. Garry's Mod is sure a gem in the gaming market as a really diverse, interesting game that can have unsurpassable amount of content, one could even say endless amounts, given that the creators of mods and such keeps the modding scene alive. 0.6 hrs on record
last played on Apr 6
Dead by Daylight
Achievement Progress   3 of 149