This user has also played as:
Wryly 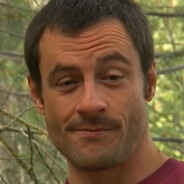 Legend
100 XP
I'm bad at video games and know too much about rocket jumping
An anime girl as an avatar is a sign of mental illness
I unironically hate anyone that pluralizes with apostrophes
I watch a lot of movies. Recommendations are always welcome
View more info
Currently Offline
Profile Awards  2

Sky
Offline
The greatest vehicle ever put into production
Designs of the compact-size XJ Cherokee date back to 1978 when a team of American Motors (AMC) and Renault engineers drew several sketches. Clay models were based on the then current full-size SJ Cherokee. Early sketches of the XJ Cherokee had a European influence, and most of the styling cues were done by AMC engineers under the direction of Richard A. Teague, vice president of design.

Noticing that General Motors was developing a new two-door S-10-based Blazer, AMC decided to develop an entirely new four-door model in addition to a two-door version. American Motors' vice president of engineering, Roy Lunn, designed what is known as the "Quadra-Link" suspension, that limited rollovers. Renault's François Castaing developed the drivetrain using a much smaller engine than normally found in 4WD vehicles and reduced the weight of the new model. It "is noteworthy as the first nonmilitary 4x4 with unibody construction". The unconventional design enhanced XJ's durability and off-road capability that eventually won over most critics, even those models with the early underpowered GM engines.The XJ is described "as the first small crossover SUV in the U.S.," with "plenty of the Jeep toughness (and a straight-six engine) built in". The design and market positioning of the XJ, along with the AMC Eagle essentially "foreshadowed the car-based crossover utility-vehicle fad".

"The new XJ Jeep was 1,200 pounds lighter, 31 inches shorter, six inches narrower and four inches lower than the Cherokee SJ it replaced, and yet — thanks to unibody construction — the XJ kept 90 percent of its predecessor’s interior volume ". And, not only was fuel economy much improved, but "articulation is also better, as is ground clearance, as well as approach, departure and breakover angles. These, along with its smaller profile, make the XJ better both off-road and on".

Although the XJ models had just been introduced, AMC quickly began development of its successor. To compete against its much larger rivals, the smallest U.S. automaker created a business process that is now known as "product lifecycle management" (PLM) to speed up its product development process. By 1985, development and engineering was based on computer-aided design (CAD) software systems while new systems stored all drawings and documents in a central database. The pioneering PLM was so effective that after Chrysler purchased AMC in 1987, it expanded the system throughout its own enterprise.
Item Showcase

Usagi Deliora Hellsing Feb 4 @ 2:44pm
you may have big feet
but you dont have big balls
The Art Of War

Usagi Deliora Hellsing Jan 16 @ 5:48pm
Stepped on my shoes and took my lunch money
still a better experience than BattleField2042