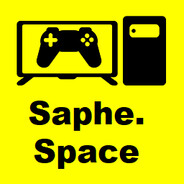 Our Mission:
Things encouraged:
Things not tolerated:
(there are plenty of other places on the Internet for this stuff).

NOTE:
If you have a potty-mouth, we suggest that instead you check-out our older sibling group Freaks & Misfits (often referred to by the [F+M] tag). You are welcome to be a member of both groups, as long as you curb your behavior appropriately while interacting within [Space.Space] resources (Steam Community, Discord, Game-Servers, etc.).

Official Web-Links:
VIEW ALL
POPULAR DISCUSSIONS
VIEW ALL (8)
RECENT ANNOUNCEMENTS
Reminder: No cyber-bullying allowed (period).
January 14 - Weasel | 0 Comments
The Problem
It has come to my attention that certain individuals have been engaged in what amounts to cyber-bullying other players on our server(s), and in some cases even following those players to other Steam groups or other media to continue their harassment, and that this had been an escalation of a long-standing situation.

Some people apparently have taken advantage of the "light" moderation (lately almost entirely no moderation) on the game-servers (and in some cases language limitations) to engage in bad behavior.

Unfortunately, this has resulted in a long-standing player on our server(s) effectively withdrawing from our community.  While this might have the effect of ending this particular situation, I am not inclined to leave it lay like that - because it leaves those guilty undisciplined, and possibly likely to harass other players in the future.

Actions Taken
Consequently, I shortly will be taking the following measures:If those efforts do not prove sufficient to stop the behavior, additional steps may include things like:
End of Line
Further, I am NOT going to discuss what individuals were involved.  This matter is closed as far as I am concerned.  I will shut-down all such services I am effectively sponsoring (the game-servers, web-related stuff, e-mail, domain-registrations, Discord servers, Steam Groups, etc.) before tolerating this kind of behavior.

PS: A similar announcement will be posted in our other affiliated Steam Group with equivalent actions taken for the same individuals.

For those who play or are otherwise interested-in TF2Classic[tf2classic.com], we now have two game-servers up and running for that "mod". Server details are noted below.