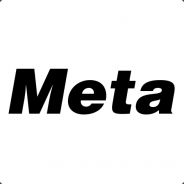 While this is an open discussion, I'm specifically requesting answers from:
Flex, Lixquid, mitterdoo, Python1320

As previously pointed out here, there are a number of bans with a stupid, non-descriptive ban reason.

Nobody seemed to be against the procedure that I requested in the first part of that message, so here's an announcement:

If you have active bans (that you actually care about) with a non-descriptive ban reason, please update the ban reason to a more descriptive one (one that gives noninvolved admins a good idea of why the player in question is banned).
Please do so until 2015-08-30 20:00:00 UTC (~ 3 weeks from now).
(Actual) examples of ban reasons that are to be considered non-descriptive:

Do not edit a ban reason if any of the following conditions are met:

If you feel like one of your bans' durations is not apposite, feel free to fix that, too.

If you need assistance with something, or if you want to make sure that a specific ban will not be affected by this, please contact me before the deadline, or post a comment below.
Read More
view all < >
16 Comments