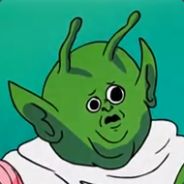 What's this group for?

This group is so that everyone that wishes to be my friend or talk to me has an opportunity to do so. I reject unknown friend invites because I have a lot of people that attempt to add me. The Friends List in Steam has a limit on the amount of people I may add and also I wish to keep the list to the people that I communicate on a daily to weekly basis. I do not see being in the friends list as a requirement to being a friend. So I welcome you to join the group. All I ask is that you be respectful and follow the Rules and Guidelines at all times.

Thank you and welcome.

I have a request to make of you. If you can, please help spread the word and help me clear the air on some misinformation that has been spread in relation to the DMCA I had to issue to the SMAC project. If you don't want to share this that is fine. But please take a moment to read.

So since shortly after AlliedModders forked KAC back in 2011 they removed all the copyright notices everywhere in the code. Only leaving the code bare and license-less. Obviously, this is in direct violation of the GPL v3 that requires any modifications to keep the copyright, license, and warranty notice intact. Flash forward to Oct 23rd, 2013. I noticed that all the copyright headers are missing. I promptly post a topic in their forums notifying them of this violation of the GPL v3 and US Copyright law.

They ignore it until I post a deadline on Nov. 18th, 2013 for them to be in compliance with the GPL v3 before Nov. 25th, 2013. GoD-Tony only made halfhearted efforts by including two new files into the code repository. A copy of GPL v3 and a "LICENSE" file. I told him this was still not in compliance, but he refused to take any further action. As the source code files still lacked any copyright header. In pursuant to my deadline I issued a DMCA to the hosts that were hosting the non-compliant work. As I saw no more alternatives. When the BitBucket complaint went through psychonic made a thread accusing me of being childish and of illegally issuing a DMCA. For which he blasted the BitBucket team for complying with the DMCA. They then promptly permanently banned me from the AlliedModders forums. Severing any chance that I could communicate directly with them.

He claims that "miniscule amount" of my code remains. However, if you look at the project my code still counts for more than half of the project. Most of the code untouched relatively (other than making each module into independent plugins). They then re-host the still non-complaint code on AlliedModders local Mercurial server. And now pursue shaming me publicly because they refused to comply with the GPL v3.

These actions by the team at AlliedModders are truly childish because they have been given over a month to re-add the copyright headers. Yet to this very moment they continue to refuse to do so. And instead of admitting fault they direct all blame at me.

Thank you to everyone who as supported me throughout these years. Without you none of this would be possible.

Jun 3, 2015 @ 4:03am
I don't constantly monitor the comments on this group. If you have questions please use the group forums and be describe what you need help with.

VPPGamingNetwork Apr 9, 2015 @ 2:43pm
wth you are from arlington tx? haha me too, did you go to UTA? anyways add me on steam I wanna talk to you bud