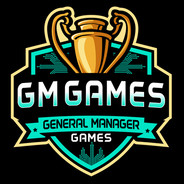 Since 2011, GM Games is a media organization focused on sports management games. Our members are a community that perform the role of a 'Sports General Manager' aka GM. We cover video games for team sports that require a successful GM to shape the direction towards a championship franchise. GM video games are available and evolving on multiple operating systems and devices. We are inclusive of all developments and companies designing games that best simulate this reality experience through technology solutions. GM Games is your source for sports simulation games.

I have been reviewing games for GMGames for a decade now. And only once have I said, I can’t do this.

That was with Draft Day Sports: College Football.

I don’t remember what version it was. However, I could not do it.

Now, I tried. I tried to play the hell out of that game. However, that game was the most difficult, frustrating experience of my life. I had no idea what I was doing, what I was even attempting to do, nor how to get anywhere within the game.

After a month of starting and stopping, I told Chris Valius (the head of GMGames) and Gary Gorski (the head of Wolverine Studios) that I needed to pull away from the project. I am not someone who quits; when I say I’m going to do something, I do it. The frustration I have over not completing that piece still bothers me to this day. However, I could not write something that would have benefited anyone.

This review is part journalism, part personal challenge. I was one of the original crew around the first game Brooks Piggott, the developer of Draft Day Sports’ football series, created. I have always believed in Brooks’ vision. But, I got lost along the way.


I wanted to see what Brooks and the Wolverine team have done since I tapped out; would they get me back into the fold? Is there now a football game worthy enough of the sim community’s time?

I can tell you this: this is a complete review. (I’m writing this part last.) And, overall I’m pleased with the experience I’ve had. I think, if you’re interested in a football game that is becoming a more immersive experience, you should read on. And get on board.

Here, courtesy of the Wolverine website, are some of the new features for this year’s version.

To read the full review go to: https://gmgames.org/draft-day-sports-pro-football-2022/review/

I have a problem.

(Okay, I have a lot of problems. This is just about the one I’m telling you about.)

I have a problem with my Boston Irish roster. We have the league’s defending MVP in C David Banta (35.8/12/1/6.3). We have another player, guard Andre Askew, who made All-League 2nd Team. As we head into the offseason, both are under contract for at least another year.

That’s the good news. Sort of. More on that in a second.

That leads to the other problem, which isn’t really a problem…but it is.

(I know, I know: I didn’t mention this second problem at the beginning of this piece. Hopefully, your trust in me as a reviewer is not shaken. Honestly, this problem didn’t really come about until I looked more at Banta’s scouting report…that’s when I realized I had another problem.)

To read the full review go to: https://gmgames.org/draft-day-sports-pro-basketball-2022/review/

Hope you can include us in your helpfull group.
If you have any questions pleas contact me:
info@handball-manager.com

Sep 21, 2017 @ 8:05am
Australian Football Coach has been added to the list here, as well a download link to steam has been added on the main gmgames.org site

Would really appreciate it, thanks for running the site/this group

Mar 27, 2016 @ 9:42am
Kickoff Legends game hub has been added. http://gmgames.org/kickoff-legends/ We are looking forward to your progress.

vevmesteren Dec 13, 2015 @ 7:10pm
Hi everyone!
We are a small game studio from downtown Montreal and we would need your help to pass the Greenlight program on Steam.

We are making a free to play, multi-platform, multi-player soccer game which is already working on the web (https://www.kickofflegends.com) and Android (https://play.google.com/store/apps/details?id=ca.studioqi.kickofflegends) .

We also want to publish to other platforms and in this case, Steam. http://steamcommunity.com/sharedfiles/filedetails/?id=568827389

Anyone voting up our game on Steam will have our eternal love and gratitue and will also have access to a special Supporter Avatar from within the game.

This is an important step for us, we really can't thank you enough for your support!

Out of the Park Baseball 9

Out of the Park Baseball 14

Out of the Park Baseball 15

Out of the Park Baseball 16

Out of the Park Baseball 17

Out of the Park Baseball 18

Out of the Park Baseball 20

Out of the Park Baseball 21

Out of the Park Baseball 22