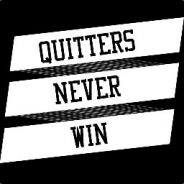 Games are played for fun, and everybody should communicate to each other in a friendly and mature manner, Civilization multiplayer is a very emotional and fun game, and things will not always go your way; take it as a tribute to your skill when people gang up on you!

How to join the group

Stickied post in the discussion board from Kaution reads:

Originally posted by Kaution:
We generally have a policy of kicking players for 7 days from the group on their first offense. Upon a second violation of the rules, this duration will go up to 14 days - on a third offense it can be up to 30 days. [...]

We have decided to revise the policy because as time goes on, the players' record will inevitably fill up. What we came up with is the reduction in ban duration for having kept clean record for a longer period of time.

It works like this: for every 6 months of clear record, the next ban will be decreased by a notch. For instance, someone who has been banned for 14 days and didn't break any rules for 6 months after being readded to the group, will receive not 30 day ban, but 14 day ban upon his next rule break. If his clean record extends to one year, the ban will be 7 day only. Additionally, if a ban would be longer than 60 days, the ban will be permanent as it requires report after report after report and we won't be dealing with this on a regular basis.
Read More
Lekmod v30.5 out (balance patch)
May 6 - Meota | 0 Comments