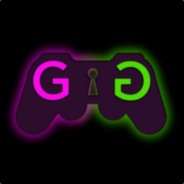 GamerGate is a consumer revolt triggered by overt politicization, ethical misconduct, and unprecedented amounts of censorship targeted at gamers. GamersGate's goals include eliminating corruption and favoritism among game journalists, restoring trust and respect between the games industry and gamers, and limiting the influence of militant social justice warriors who use harassment and public shaming to further their personal agendas.

Gamers are pissed off, organised, and programmed to win.
The Gamergaters group is an inclusive collection of gamers with a vehement dedication to free speech. We believe that everyone has the right to say as they feel, extreme, moderate, or otherwise. We are not leaders and we are all leaders. We believe in transparency and balance. We make no demands that we would not demand of ourselves.

An update on giving future news. I'm probably going to be giving less or none at all next year since I've decided to pursue a writing/typing hobby to keep myself sane from boredom.

I'll go over the biggest controversy first since CD Projekt have become a disgusting combination of Bethesda & Blizzard lately which I don't even know how they'll recover to be honest since I do genuinely like GOG but dislike their 1st party games because of gameplay mechanic flaws & being absolute spineless dickheads like every other company when it comes to censorship.

First off since Cyberpunk 2077 is buggy gunk, Sony & Microsoft (Xbox still have the game on their store digitally because I assume they made a deal with CDP) are offering full refunds to the game since the Playstation & Xbox versions of the game make Fallout 76 look like a bug-free game. https://www.playstation.com/en-us/cyberpunk-2077-refunds/

I'm not going to share much news about Cyberpunk since we all know how buggy that game is & shame on the 8+ million people that pre-ordered just because they made one good game (I disagree that Witcher 3 is good since spammy combat is regressive crap). In this situation (I'm not going to sugarcoat it) everyone is to blame from CDP themselves, the media/influencers who overhyped the game to their audiences & the masses (thankfully not every gamer) that gave this game the benefit of doubt. https://screenrant.com/cyberpunk-2077-profit-surpassed-development-costs-day-one/

Legally they're fucked if CDP continue to be manipulative shitheads especially with the newest controversy they made kowtowing to an authoritarian regime while making a game that has themes of rebellion & on top of that releasing Wolfenstein 2: New Colossus 1 hour after cancelling Devotion off their store..... https://www.youtube.com/playlist?list=PL1zDCgJzZUy8QxfJHOJGH8UsiYOqjwhq3

A compilation of people (including 2 game devs so far probably more that I missed) pissed off at GOG cancelling Devotion. https://www.youtube.com/watch?v=F5vX_iigYl8

Even one of the biggest shills for CD Projekt is done with their shit. https://www.youtube.com/watch?v=8jlck33_q30

Brick & Mortar stores like Best Buy are even currently offering refunds (till december 21st) too & GameStop are the only ones so far being bastards. https://archive.li/cyGeU

If your annoyed at this situation you can use the GOG community wishlist & politely share your grievances with GOG Support. https://www.gog.com/wishlist/games/devotion

Here's what Red Candle (Devotion devs) had to say about GOG's cowardice. https://archive.is/68TWt

Ok some smaller news to share then I'm celebrating christmas.

Already one streamer got banned so far. https://gameriv.com/twitch-bans-streamer-justaminx-for-saying-the-word-simp-live-on-stream/

A slimy US politician wants to put streamers in jail just for accidentally playing music while streaming a game & it's especially heinous during a pandemic. https://prospect.org/power/senator-thom-tillis-pushes-prison-time-for-online-streamers/

Collection of SaGa is censored? (Someone might have to confirm it) https://archive.li/EXJFN

Disney announces 61 new tv shows & movies including a new film from LucasArts & a possible reboot to Firefly. In my honest opinion fuck Disney Plus, Star Wars is an overrated franchise that should've died long ago, anything is better than modern marvel (I'm more of a DC, Manga & indie comic guy so I'm biased), Tomi Adeyemi will get screwed by the Big Mouse somehow, I didn't even know they had rights to Y: The Last Man & don't fucking touch Firefly. https://screenrant.com/disney-movies-shows-2020-new-announced-explained/

If I had to pick the best movies & tv shows from those announcements though it would be Moon Knight, More Guardians of the Galaxy, maybe Disenchanted? & more Ant-man are my choices.

Speaking of comic book movies someone attempted to make an exhaustive list of every single redhead blackwashed by Hollywood. https://boundingintocomics.com/2020/12/15/every-single-redheaded-comic-book-character-that-has-been-race-swapped/

Game Awards 2020 was a joke & personally I think TLOU2 was an average game (good sound design, serviceable gameplay & good options menu) that suffered too many flaws with writing (In my opinion its story could've worked if it was delayed another year for rewrites). Not sure why anyone was shocked to be honest, your votes are meaningless outside of politics too. What hurt this game the most though was the way the game was marketed & the abuse of copyright just for sharing news about the leaks or discussing it online. https://www.youtube.com/watch?v=RjzxQ9janqE

Only good news to share is that Patty Jenkins & other DC directors tossed Joss Whedon's Justice League in the trash. https://boundingintocomics.com/2020/12/14/patty-jenkins-says-all-dc-directors-tossed-joss-whedons-justice-league-from-canon/

UPDATE: CD Projekt Red boss is a moron for even interacting with social media. https://www.videogameschronicle.com/news/cd-projekt-red-boss-likes-tweets-criticising-sony-for-removing-cyberpunk-2077/

UPDATE 2: Forgot to add the amount of CD Projekt employees pissed off at their higher ups. https://archive.li/lc6qj

UPDATE 3: Most new sources kept sharing this class action lawsuit (it's a forum post) around but be skeptical just in case. (Post is in polish) https://m.bankier.pl/forum/post/42802735

GameStop probably changed their minds about refunding CP2077 after the backlash they got. https://archive.li/rSO1p

UPDATE 4: CD Projekt is getting a class action lawsuit from the Rosen Law Firm. https://www.businesswire.com/news/home/20201224005214/en/EQUITY-ALERT-Rosen-Law-Firm-Files-Securities-Class-Action-Lawsuit-Against-CD-Projekt-S.A

Hello everyone I haven't forgot about this group, I've just been busy going back to reading books thanks to the world of Middle-Earth.

I'll start the news by sharing an e-mail campaign by Youtuber Arch (formerly Arch Warhammer because of copyright complaints) since the tabletop creators of Warhammer were trying to throw their audience under the bus (personally tired of companies pretending to care about human rights) & I'll be sharing all relevant videos in order. https://hooktube.com/watch?v=ZfH7NJnKoX8

Next Dr. Disrespect had a lot to say towards Twitch & journos after he returned to Youtube for streaming. https://archive.md/7EUx3

If you don't have time for the 22 minute video or the article, someone summarized his words in 4 minutes. https://www.youtube.com/watch?v=vag8jx3RUoA

Next since TLOU2 is no longer newsworthy since Playstation's Sucker Punch is blowing Naughty Dog out of the park I wanted to share the minority of critics that had to make BS complaints about why white people shouldn't make Japan themed games (Japanese gamers[archive.li] including the Yakuza creator[archive.md] didn't care that Americans made it) & tried their hardest to start a controversy (Two from OAG who complained on the other extreme that the game is too diverse) + when their attempts failed they decided to make articles urging Sucker Punch to make their future sequel diverse. https://archive.md/0mEE9

Other news goes to the Matrix co-creator sharing that the movie is an allegory for transexuality[archive.li], Blizzard employees preparing
demands[archive.md] for fair pay, the Aeon Must Die developers claim that their Playstation showcase game was stolen[archive.is], CBS blackmailing[archive.vn] influencers to say good things about Star Trek: Lower Decks, the animation studio that worked[archive.is] on Mass Effect Andromeda (the article failed to mention all the studio's other projects just for outrage clicks) is working on Halo Infinite, Hollywood's censorship[archive.vn] has finally caught up with them & a combo of book publishers & Amazon banning[archive.li] books[archive.is].

I'll edit this announcement if I missed anything important.

UPDATE: Rocksteady defend one of their own employees from cancel culture https://archive.is/de1qp

Ubisoft does a company overhaul after multiple misconduct accusations. https://news.ubisoft.com/en-us/article/7yV2TRI9Zj3G545bnoc3ub/change-starts-today

Read More
VIEW ALL (35)
STEAM CURATOR
GamerGate reviews
"GamerGate recommends games based on quality and creativity, regardless of the level of political correctness in their themes. We are proud gamers recommending fun games of all genres for gamers of all types."
Here are a few recent reviews by GamerGate

BlueInfinity-💖RIP Kentaro Jul 22, 2021 @ 5:58pm
I mean she did get a mens mental health organisation shut down leading to the death and sucide of hundreds.. So i wouldnt be suprised.