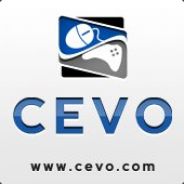 The growth of Season 10 has been explosive thus far, so to give new and partially paid teams some more time to take part in what is shaping up to be our biggest season ever, we've decided to extend Season 10 Discounted Early Bird Registration for 4 MORE DAYS until Thursday, June 2nd at 11:59 PM ET.

Don't wait! Register your team today as new teams will not be permitted to join the event after this date.

For teams that have already successfully completed the registration process, don't worry, we've added an additional preseason game to your schedules to keep you busy!

SEASON 10 FORMAT & SCHEDULE
Participating teams will compete in CEVO’s signature eight week regular season format in an attempt to qualify for the online playoffs, and the chance to climb the ladder of ranked skill divisions.

CEVO-M is our premium pay-to-play restricted skill division consisting of 48 very highly skilled and experienced teams looking for serious, near-professional competition. Teams can qualify to play in this division through their performance in the previous season, and sometimes through our off-season tournaments. CEVO-M teams will play two matches per week on Sundays & Wednesdays in both North America and Europe across one conference (per region) and compete for cash prizes.

CEVO-IM is our intermediary premium pay-to-play skill division open to ALL teams in both Europe and North America. It's designed for experienced teams seeking serious competitive play. CEVO-IM teams will play two matches per week on Mondays & Thursdays in both North America and Europe across one conference (per region) for cash prizes and the chance to move up to the CEVO-M skill division based on their performance in Season 10.

NOTE: We encourage teams that are new to CEVO to start in our Intermediate division if they are looking for serious league competition with two matches per week and all of our premium league features.

CEVO-A is our entry level premium pay-to-play skill division open to ALL teams in both North America and Europe. It's designed for both new and experienced teams seeking casual competitive play. Teams in this division will play only one match per week on Wednesday evenings in three conferences across North America (East, Central, and West) and compete for cash prizes and the chance to move up to the CEVO-IM/M skill divisions based on their performance in Season 9.

Maps will be decided inside of the CEVO CS:GO client prior to each match with our map veto system outlined below.

CEVO is pleased to announce that team registration for Counter-Strike: Global Offensive Season 8 is now open. The Season 8 prize pool will start with a minimum of $175,000 USD in prize money and travel support + community crowdfunding. Discounted Early Bird Registration is open from now until Saturday, August 22nd at 12:00 PM ET. So don't wait, register your team today as league fees will increase after this date.

In Season 7 we announced a partnership with MLG.tv, who will again serve as the the exclusive broadcast partner for Season 8 and host the Season 8 LAN Finals at the MLG.tv Arena in Columbus, Ohio on November 6-8, 2015. You can check out last season's partnership announcement HERE.

As a result of our partnership with MLG.tv, you'll again be able to catch every single Professional Division match and select featured Main Division matches broadcast by the CEVO-TV crew at http://MLG.tv/playCEVO.

Participating teams will compete in CEVO’s signature eight week regular season format in an attempt to qualify for the online playoffs, and the chance to climb the ladder of ranked skill divisions to the prestigious Professional Division.