Shoot your way through a hostile canyon full of hidden treasures, weapons, obstacles and all kinds of bloodthirsty scum! Colt Canyon is a stylish pixel art shooter with roguelike elements and real-time combat where you save your kidnapped partner from the ruthless bandits.
-70%
$14.99
$4.49
Visit the Store Page
Most popular community and official content for the past week.  (?)
Update Unchained: Patch 1.2 now available!
Jul 1 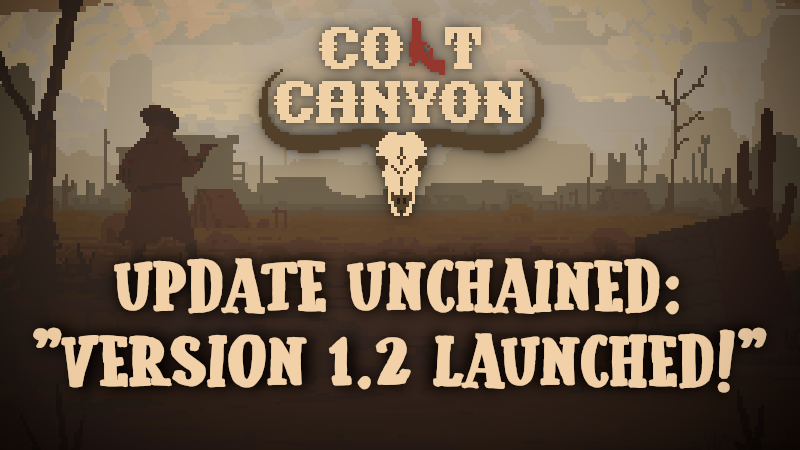 Howdy fellow gunslingers!
It took a bit longer than expected but it is finally here: Update 1.2 is now available! At least on Steam, GOG, PlayStation and Xbox. Switch and some other stores will need to wait until early next week. Not a lot of new content this time but a lot of balancing changes and of course the biggest new feature ever yet: Quit and Continue!

A savegame feature is something many have been waiting for, because depending on your playstyle a run can easily take more than an hour to complete. And some people just don't have this time. So, with this feature I am trying to better value your time and allow new players with less time on their hands to still enjoy the game to the fullest. Additionally the save feature will also allow another type of player to enjoy the game by cheating their way through the canyon. Good old save scumming. It's something that is very much possible, even though I did not implement a no-permadeath mode (yet?) but I am not giving any instructions right now. More on that in the wiki[coltcanyon.fandom.com].

Additionally patch 1.2 also brings a lot of balancing changes, changes to shell weapons and of course a load of bug fixes. Oh, and yea, a lot of work was also done in the background, porting the game to the latest version of its engine, which is critical to keep supporting Colt Canyon in the future.

Oh, and one note to everyone who alread tested the unstable version: Other than expected Colt Canyon will stay a 32-bit application for now, as some functionality wouldn't have been supported in 64-bit. This does not impact anything really though. Just a side-note.

Find the full changelog for Update 1.2 below or in the official Colt Canyon Wiki.[coltcanyon.fandom.com]

And please don't forget to leave a review for Colt Canyon, it really helps us:
https://store.steampowered.com/app/940710/Colt_Canyon/

Colt Canyon
135
15
game crashes depending on seed\ won't allow steam remote play to go smoothly
Each time i start a run, unless i have the right seed my game outright crashes, I've only had one successful run start out of 10 different ones. Gives me an error message about not being able to load in an event. Plus remote play doesn't allow any friends to even load into the game. they get froze on the title "colt canyon" screen until they leave or the game crashes. I would like some help solving these as I've tried nearly everything....
1 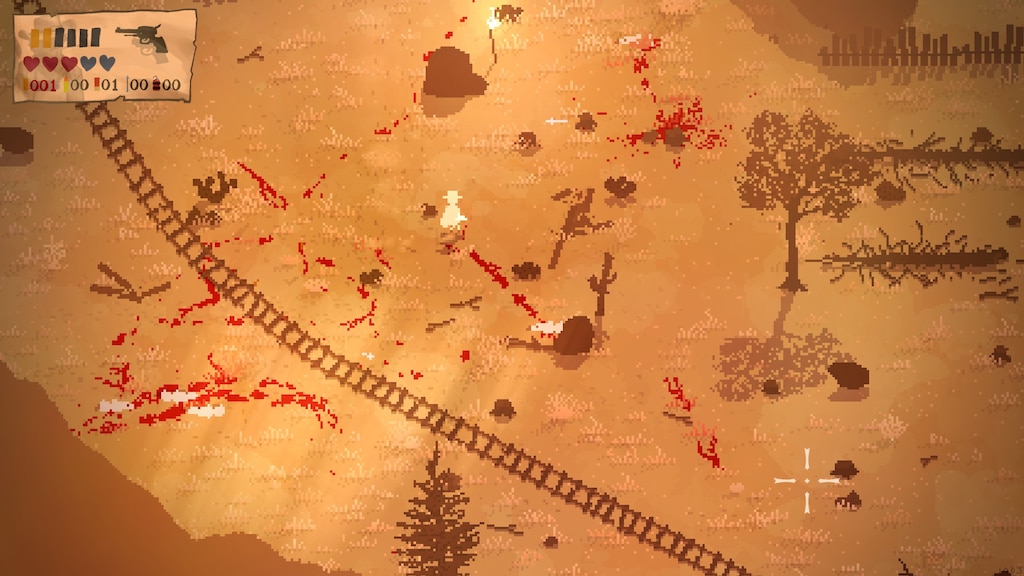 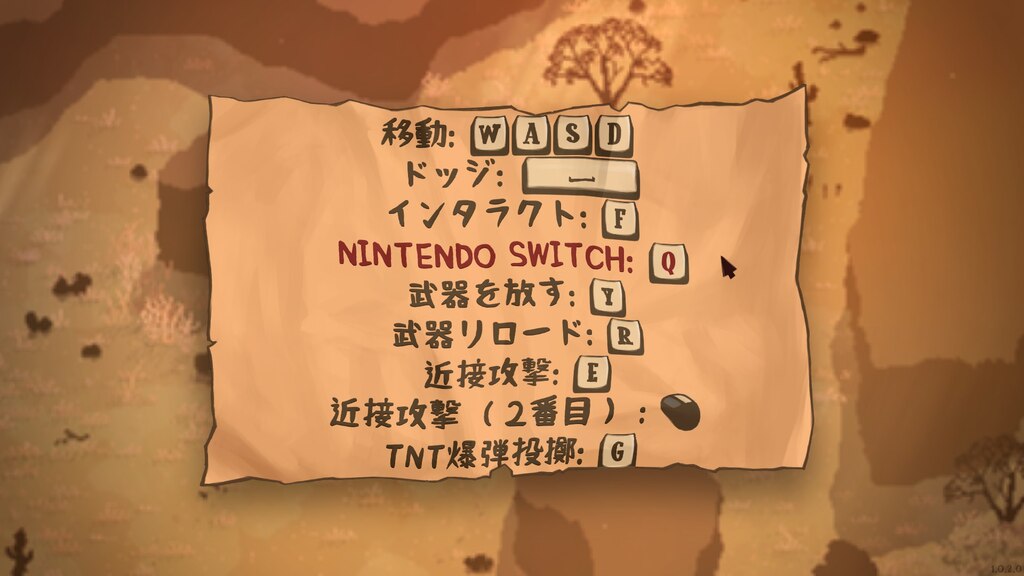 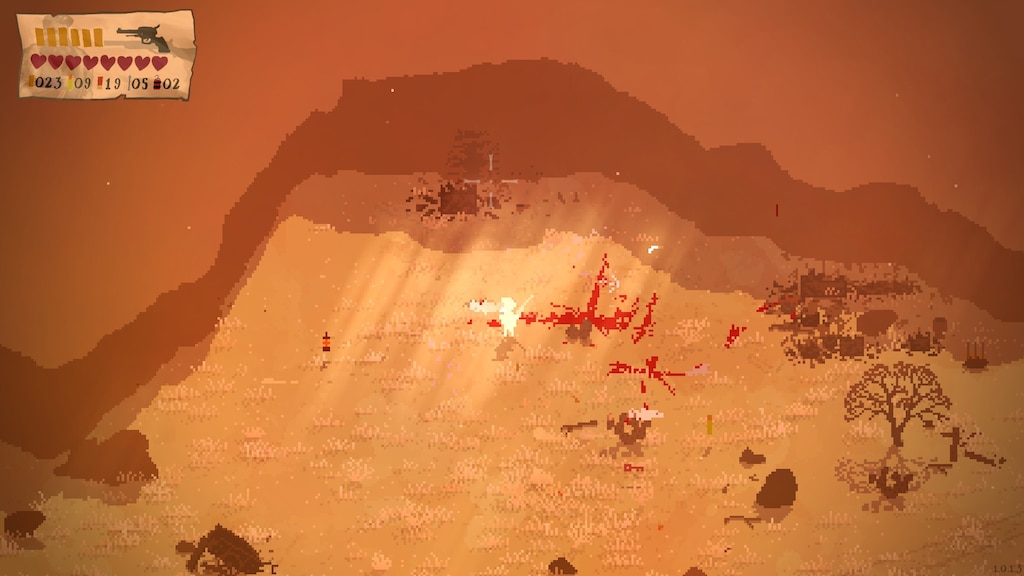 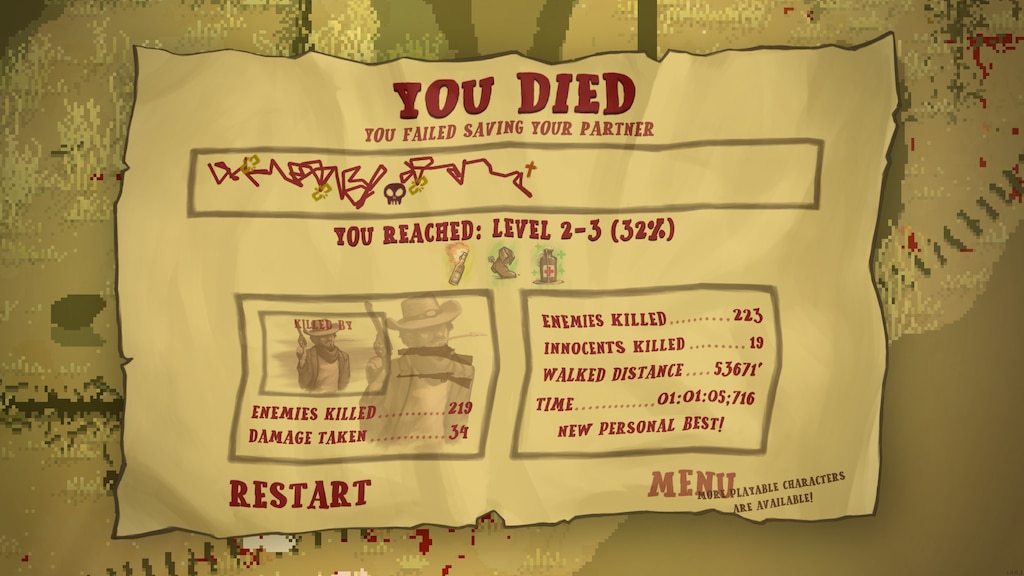 0
3
That run when you just think things are going well, and then everything fall apart at your own hands. 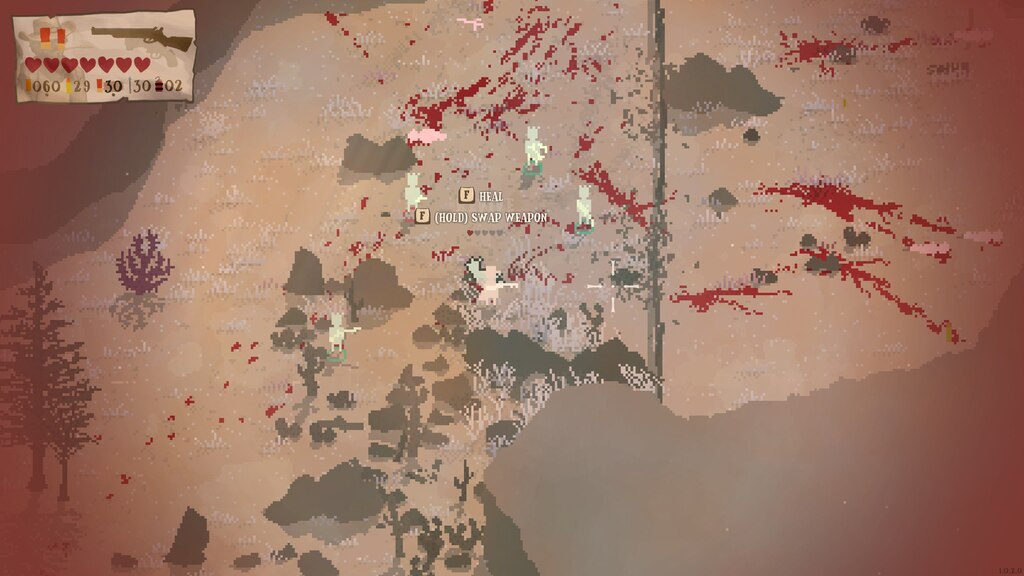 Colt Canyon (Area #1 Boss Overview)
A (quick) overview of the Area #1 Boss, The Slaver. Aimed at players of Colt Canyon whom understand the bare mechanics of the game. Yet are either having trouble with the boss or in understanding how to tell an enemies status. For the sake of clarity b... 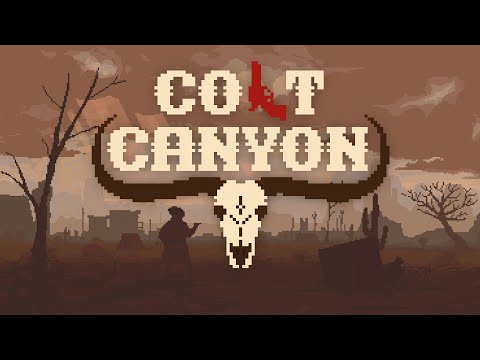 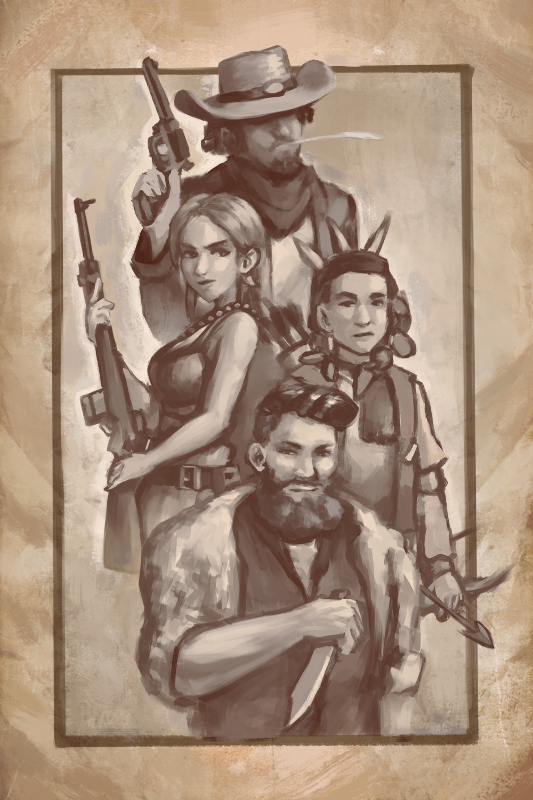 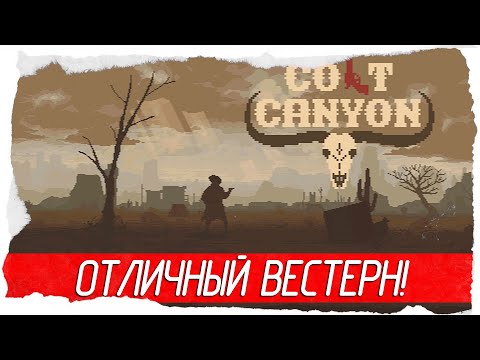 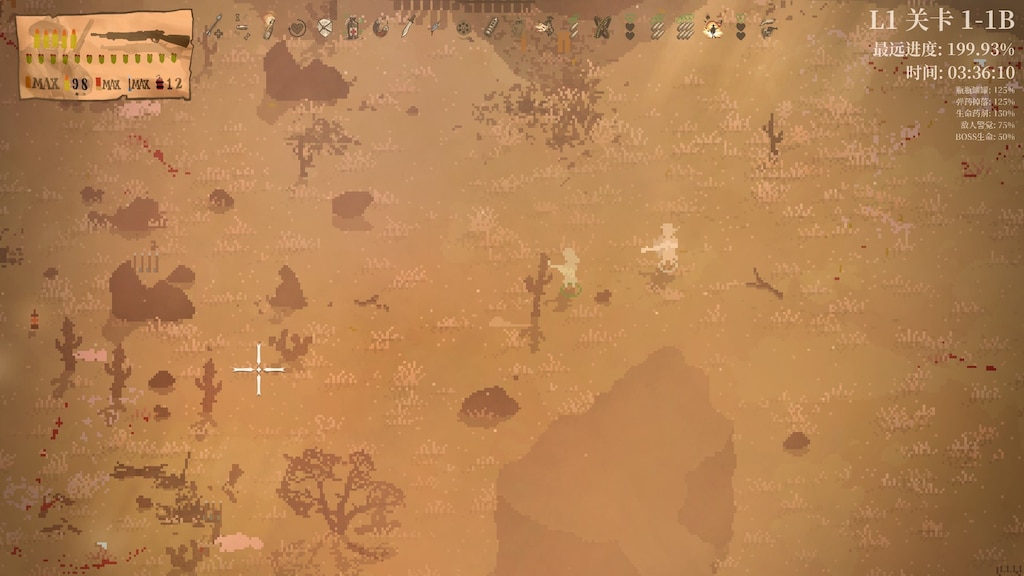 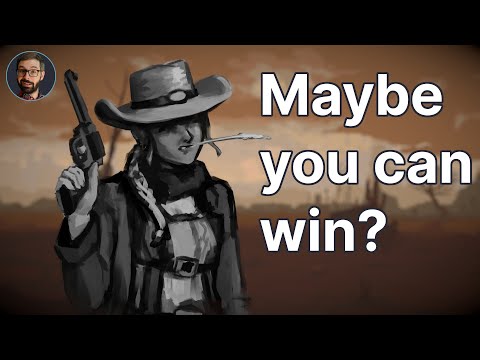 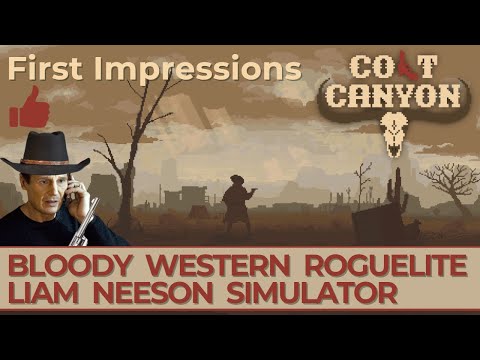 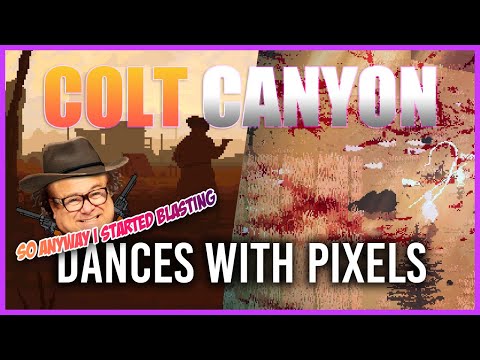 Not Recommended
0.4 hrs on record
Really not a ton of depth. Roguelikes need interesting synergies and build diversity, complex systems, this isn't that.

Axanthic
543 products in account
1
I get achievements in game but not in steam
I just got two achievements (1000 kills and finish the first zone no damage). I have them in game but they did not unlock in steam. Also my 1000 kills counter kinda froze at 860 and does not go on. I recently switched to beta version, could this be a case?...
9

Doctor Fetus
May 19 @ 12:54pm
General Discussions
I really don't understand what is the point of coming all the way back after you saved your partner
Makes your runs WAY longer (my 2 successfull runs were both 2h+) and does not add any real value. No new mechanics, no new bosses, no more prisoneers to save and no reason to explore "new" levels. Your partner is useless and dies super fast, what I did is ordering him(her) to hold position at the beginning of a new level and than coming back to excort him what is a vaste of time by itself. Why not just end the main game after you save your partner and give to a player an option to loop if he wants more...
7

Doctor Fetus
May 22 @ 11:54am
General Discussions
Proof devs are evil! ;) [Not serious!]
I saw a doggo! First instinct: I have to pet the doggo! Doggo did not want to be pet. I was no fren. I want chimken to make doggos happy and pet-able! Stay crunchy.
3

Narsiph
Jun 15 @ 8:18am
General Discussions
No one has rated this review as helpful yet

Recommended
15.1 hrs on record
This is one of those funny games to test your skills or just going chill, i haven't completed CC yet but you should give it a try!

Recommended
8.8 hrs on record
This game is pretty damn challenging. I've got eight hours in, at least 100 attempts, and I think the furthest I've gotten is like 28% of the game before dying. So for an inexpensive indie game, it promises some decent replayability. And isn't that kind of the point nowadays? Yee-haw mfers