Ascend from your shelter. Ruin everything. Escape the wretched island. ⚔️🔨🎣🌱🌵🍰 Explore. Fight. Level up. Survive. Gather. Craft. Harvest. Hunt. Build. Farm. Solve puzzles. Fish. Cook. Live. Enjoy the bittersweet post-apocalypse.
$19.99
Visit the Store Page
Early Access Game
Get instant access and start playing; get involved with this game as it develops. Learn more.
Most popular community and official content for the past week.  (?)
Coming Up Next
Nov 27 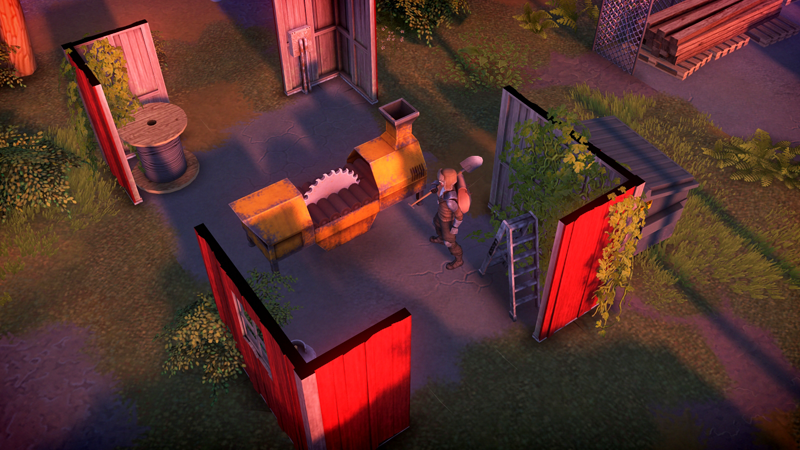 Just a quick note for those who have been waiting for another update to drop. I know we've been pushing those out weekly so far, but because the next one is a bit bigger, we'll need some more time implementing everything. We're close, and it's coming next week though!

So just to recap, the next update will open up a new game area (yeah yeah, BEYOND THE WALL), give you access to a few new inventions, increase the level cap, and... let's you operate that large yellow(ish) thing with the saw blade you see in the pic. Any idea what you wood use that for?

Going even further, the next updates after that will (obvs) open up even more game areas, and eventually even the legendary 👑Crown Station, but also add new game mechanics and features such as Combat Obelisks, Building stuff, and Night Terrors. We'll also have a "Lore, Myths, and Legends" update planned which will shine more light on what has been happening on this strange strange island. Eventually it will all make sense. Hopefully.

So until next week!

DYSMANTLE
318
36
Sometimes, I can't turn my character.
I'm finding it very frustrating that occasionally, my character is locked facing one direction. This makes it very difficult to fight the baddies. I've looked for a control for this and found nothing. Anyone else have this issue and figured out a way to solve it? Bug? Wonky feature?...
2 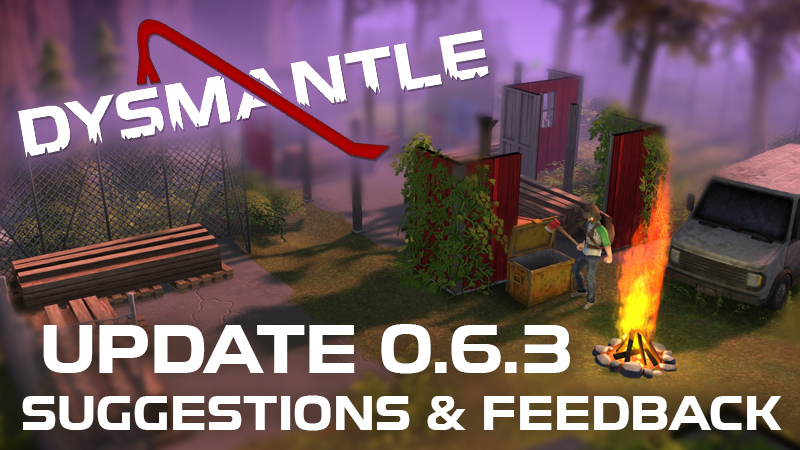 Now available for everyone!

Lately we've been doing two things: developing the next area BEYOND THE WALL, and reading through your feedback. This (v0.6.3) update will be still about reacting to your feedback and implementing your suggestions, but the next one (v0.6.4) after this will be about adding more content and a new game area. BEYOND THE WALL!

So we've been keeping reading the reports you've sent in. To be exact all the 4104 reports you've sent in so far. And that doesn't even include all the feedback we've gathered from the forums, YouTube/Twitch videos, emails, angry people yelling on the street next to the McDonalds, etc. It has been... Overwhelming. We are (of course) very grateful of it all.

Anyway, we've organized the feedback into a nice loooong Google doc, and we're going through it in the order we get from the formula significance divided by the_time_it_takes_to_implement_it. To highlight one of the most requested things, here's a screenshot of the UI used to take materials out of the Orange Box. 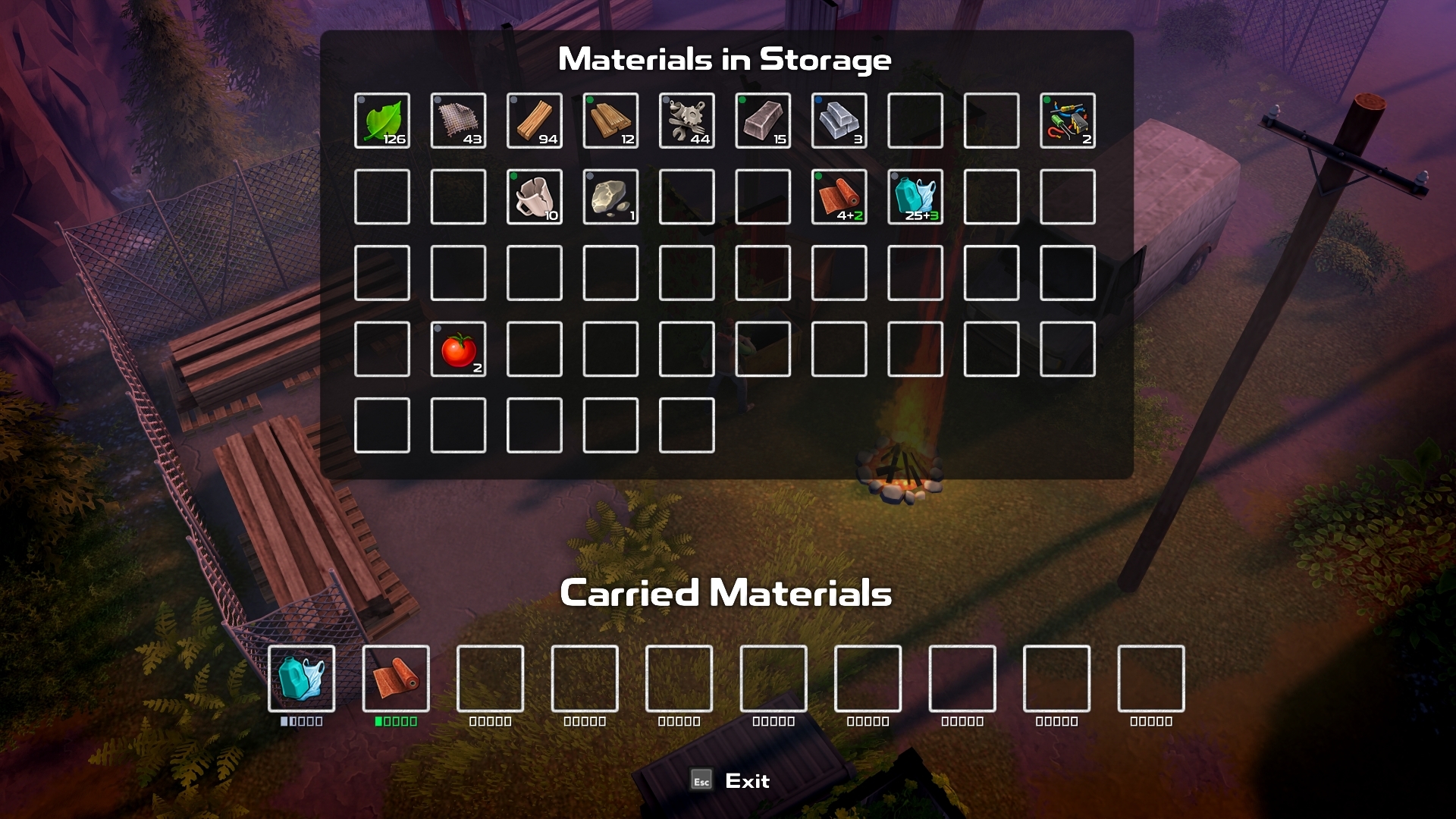 VERSION 0.6.3
ADDED
- Level Cap is now 23!
- New craftables now accessible: Weight Lifting Gloves, Storage Box Upgrade.
- Added option take materials out from Storage Box. Requires the Storage Box Upgrade.
- Added material Auto-collect setting (in Collection -> Materials).
- Secretly developing the next areas (not yet accessible in this build).
- File 'rename_to_developer.xml' which can be easily used to enable logging in case of issues by renaming it to 'developer.xml'.
- Gameplay option for having the camera rotate based on player movement direction.
- Gameplay option for having the camera y axis rotation direction inversed.
- GEMBINE now gives material rewards for worthy scores.
- Locked doors are now Points of Interests. You can complete the POIs in previous states if you close/open the door again.

CHANGED
- Usual changes and tweaks to multiple object HP and DMG thresholds.
- Dodge roll speed is now slower than running.
- Wandering enemies are now avoiding water more than before, but they will still run and drown occasionally.
- Bandage now heals during the animation and can be cancelled.
- Trinket slot unlock limits tweaked.
- Minimap north marker easier to spot.
- Camera can now be tilted slightly further (about 6 degrees more) to show more of surroundings.

We've still got plenty of feedback to implement, but we'll slowly move more weight on implementing new stuff as well. That is, after all, the single most requested feedback item. 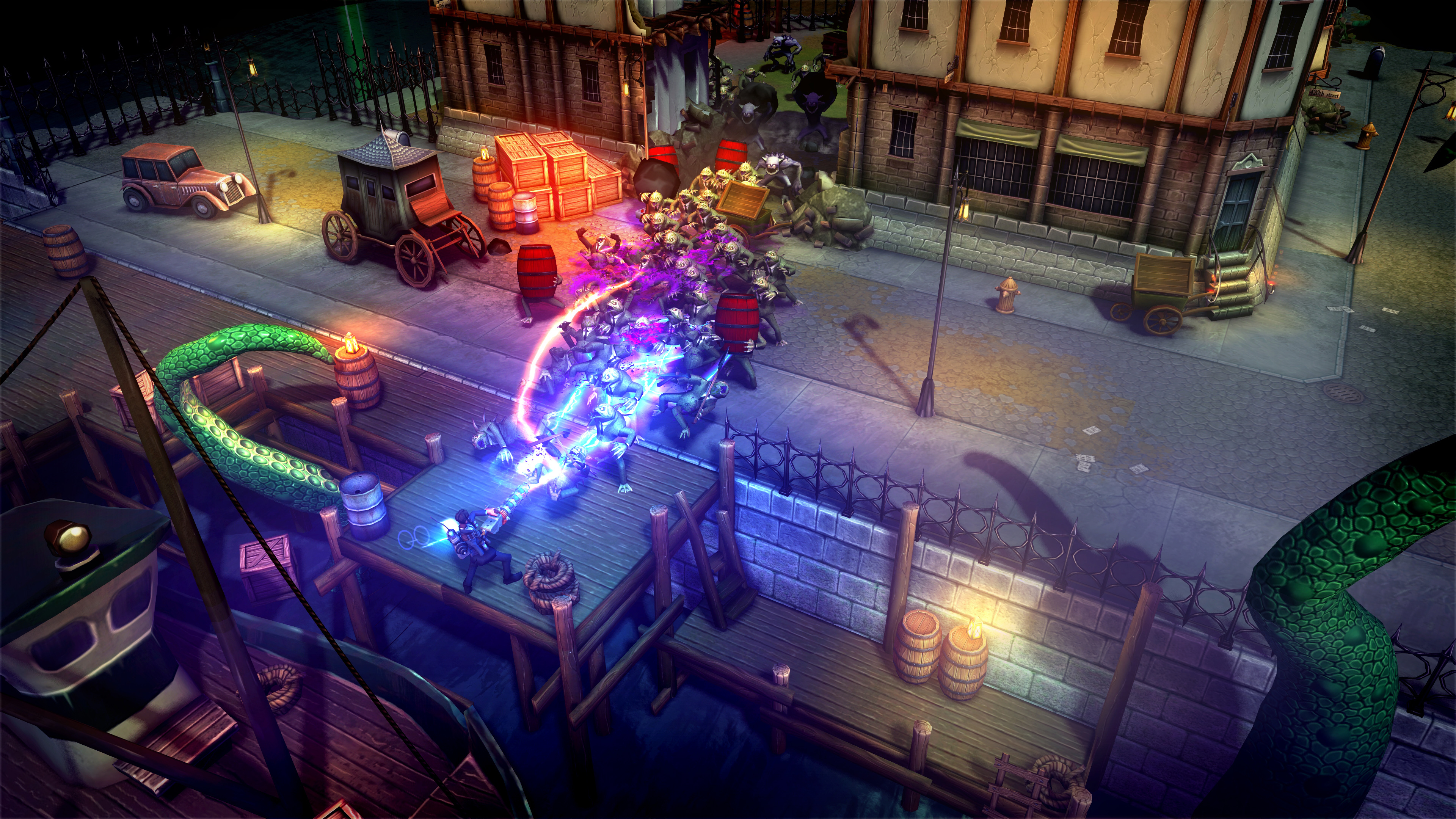 All Points of Interests
This guide contains all points of interests such as quests, fishing spots, tombs, timed chests, buried treasures and some other stuff.

All 64 Cooking Recipes
Cooking recipes are really important in this game as they give permanent buffs once consumed for the first time. Here is a list of the ones I've found so far, but I will try to update it with time when I will find more.

All Cooking Recipes
This guide contains all the cooking recipes currently in game as of version 0.6.2.8

I just finished this build and this game is amazingly fun! After buying a certain other survival game for $25 USD from a well known Team (you know, the one with monkeys in hats) I had a bad taste in my mouth. I was ready to give up on any survival game that didn't follow traditional formulas. Then I gave Dysmantle a shot.

This game is crazy good. In a genre full of first-person clones (some amazing, some bug riddled messes), Dysmantle is a breath of freshly infected air. If you're on the fence about it, don't be. It's not only worth the price, the developers could easily charge more and get it. Just buy it... 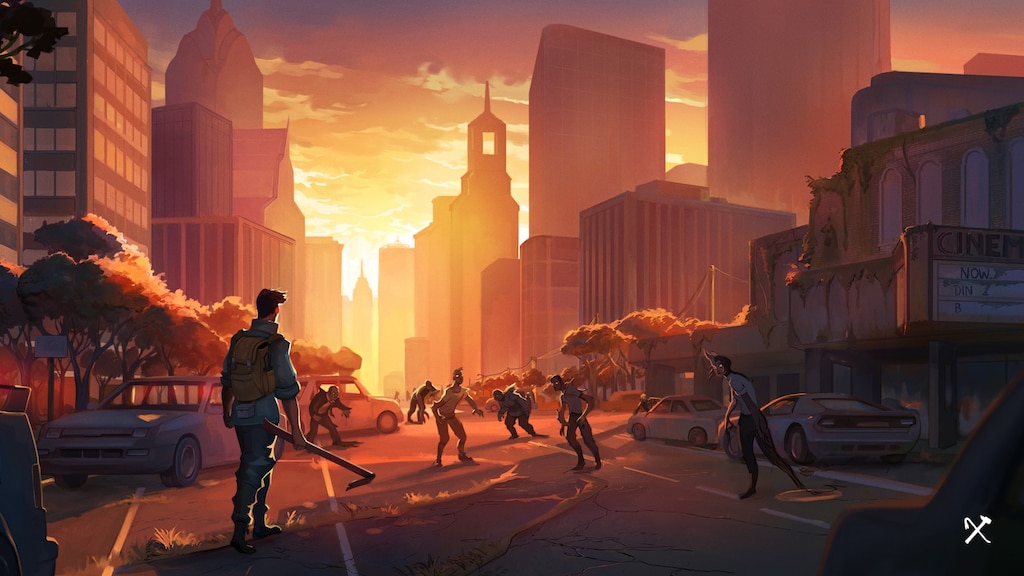 Fishing Spots and Probabilities
This guide contains all the fishing spot locations, and the probabilities about what you can catch at each location 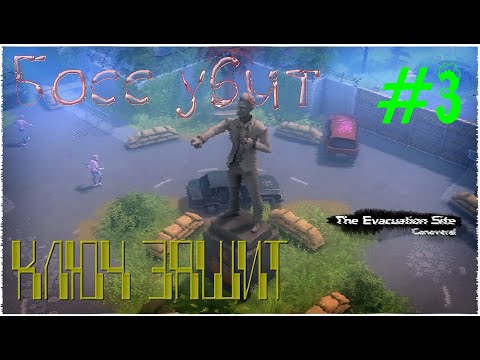 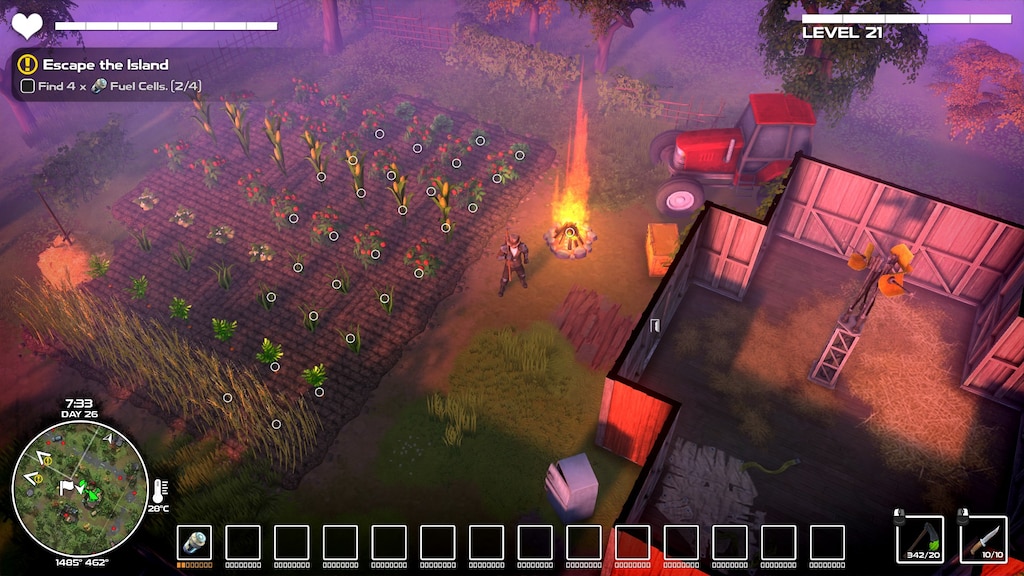 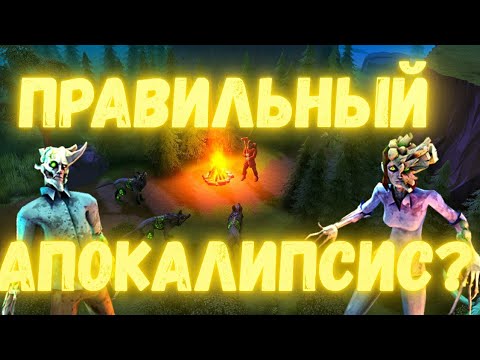 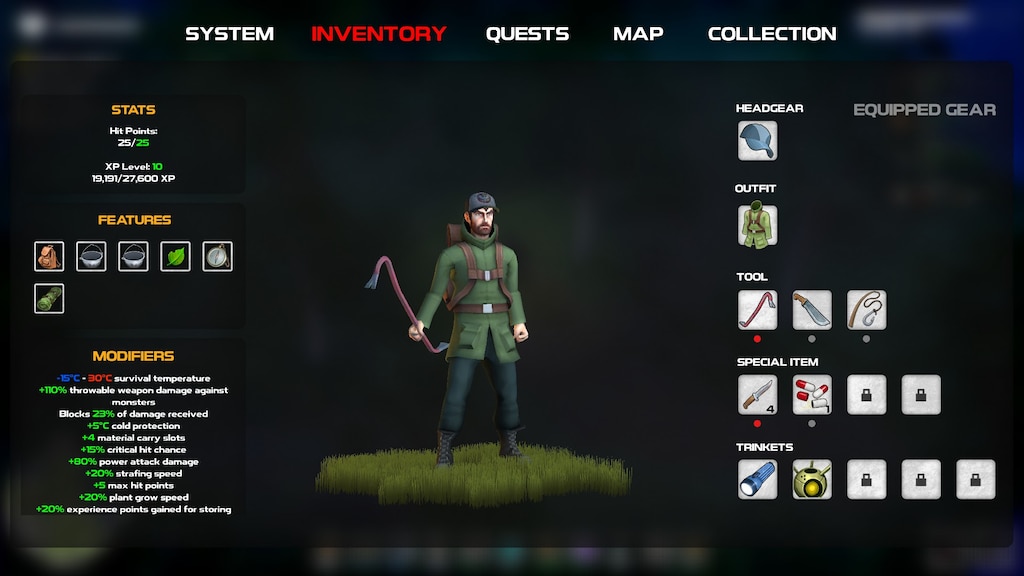 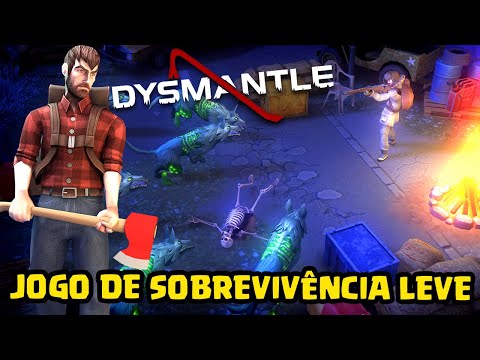 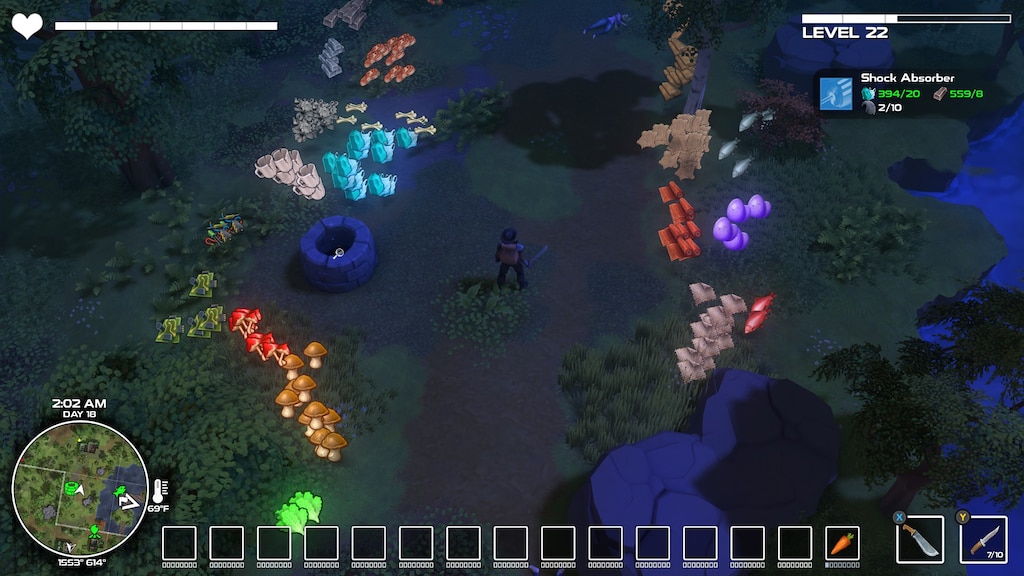 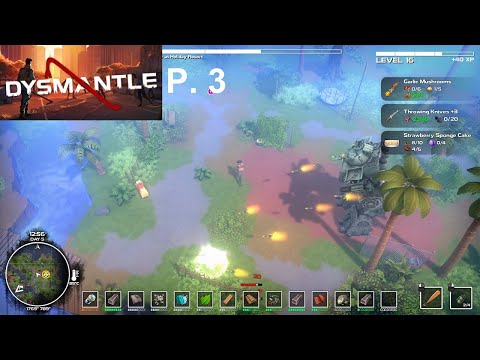 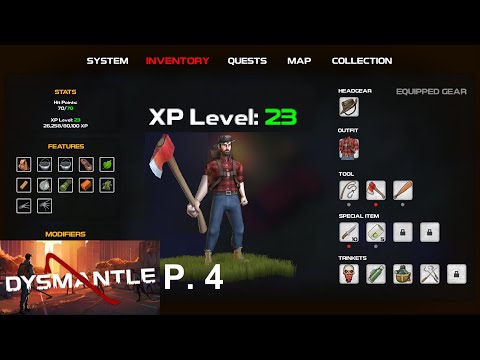 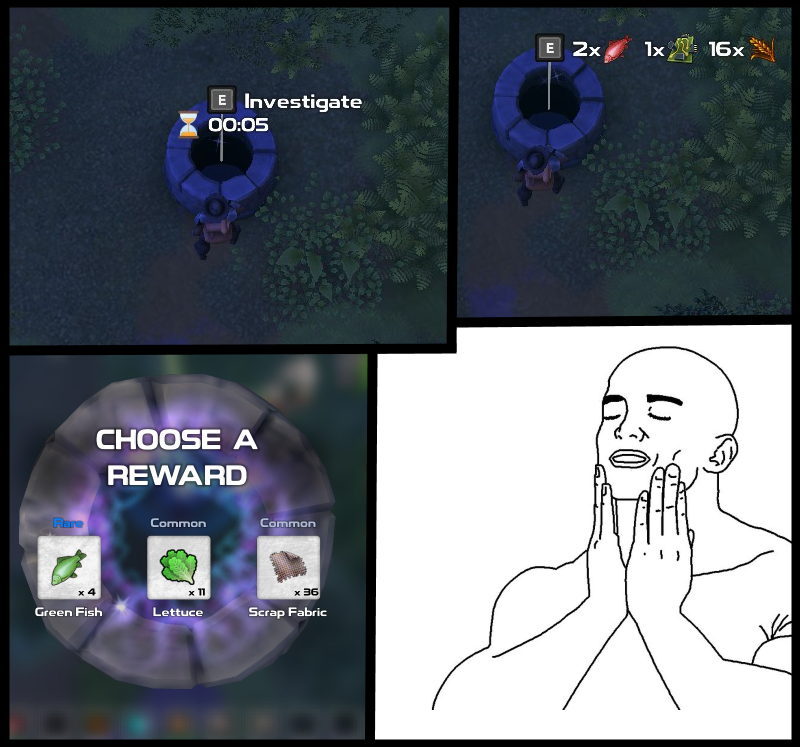 Tolgrath
View artwork
Suggestion Megathread
We have noticed people have a lot of good suggestions regarding how to improve the game and we've spent a good time scouring the discussion threads looking for those very suggestions. This got us thinking that it would be the easiest to make a general suggestion thread. Do you have a suggestion that would enhance the game or fix some issue you have with the game? Post it here! We won't be answering to everyone directly, but we will read your suggestions and write them up! EDIT: Do note that this topic i...
136

10tons
57 minutes ago
General Discussions
TOP XP??
Who has nothing better to do then roam the world destroying things? I am sitting at 1.5 Million XP.
2

gezetAh
6 hours ago
General Discussions
Deers the hardest things to kill
Hi, is it me or deers are the hardest thing to kill if you miss the first hit? xD you guys should put a snaring device or stop them from running forever... I sweer one time it took me longer to kill this one deer that to get a cell fuel from boss

some predictive on throwing knifes would be cool as well.. would solve the problem....
8