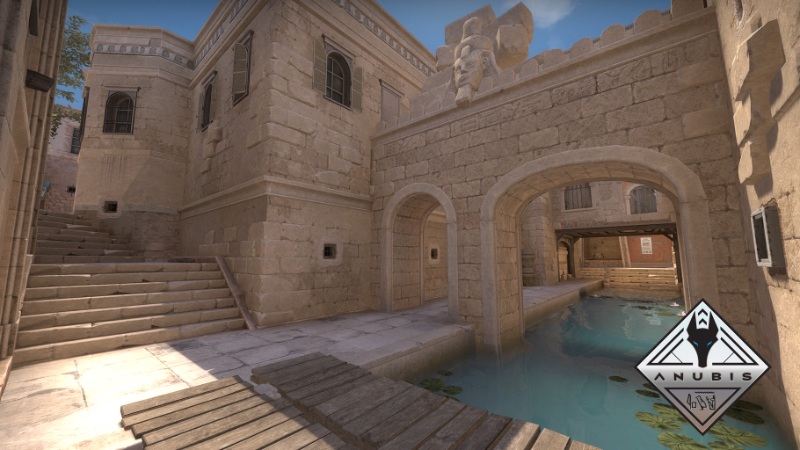 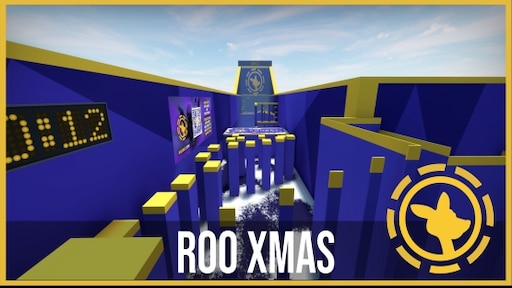 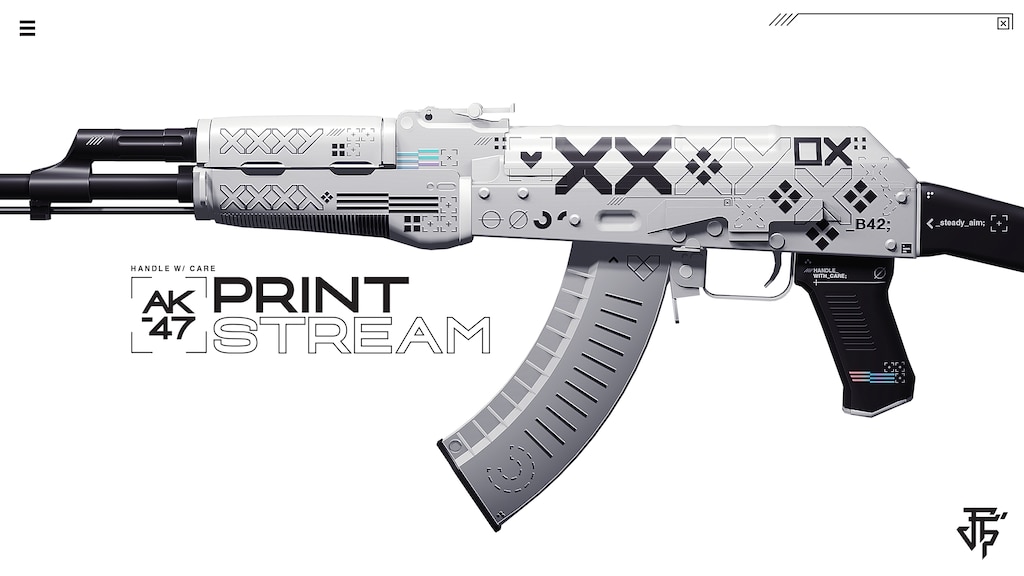 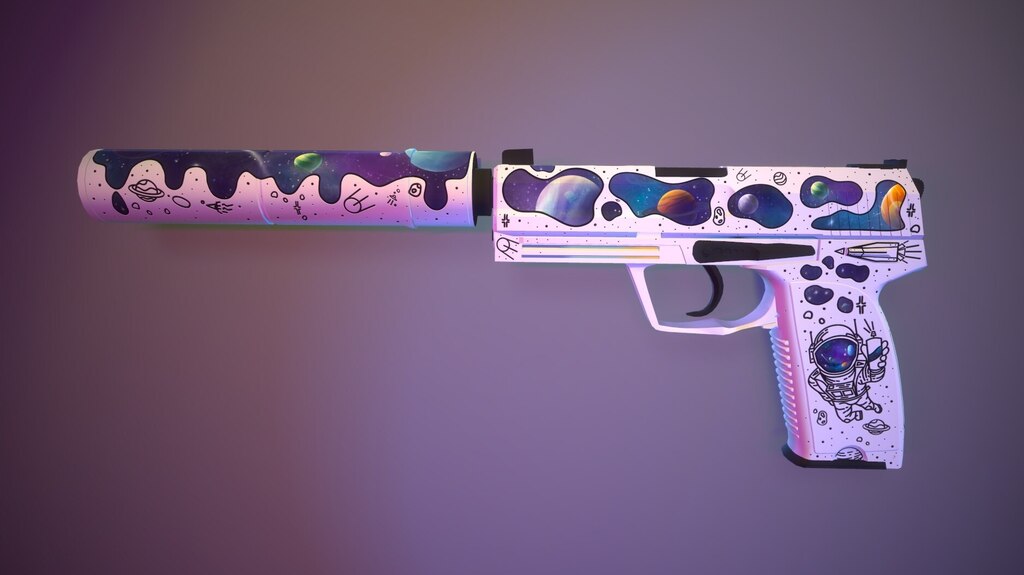 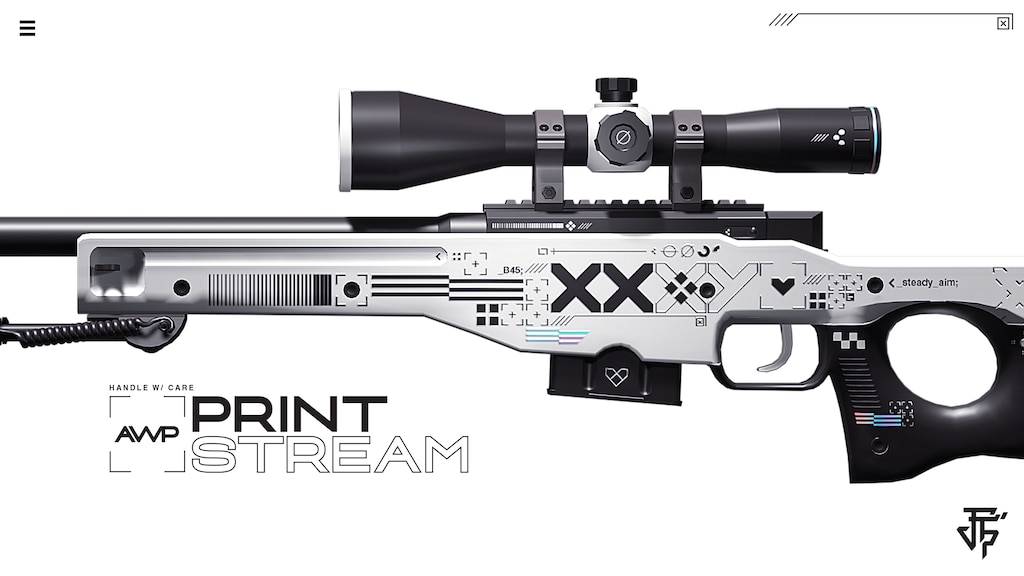 [NEW] How to get Green Trust Factor ✅
1. Use Steam Guard. 2. Make your profile public. 3. Become an active member of the Steam Community. 4. Play games often without cheating. 5. Get praise (commended) by your teammates. 6. Do not kick anyone out of the game. 7. Do not block your team...
460 คะแนน 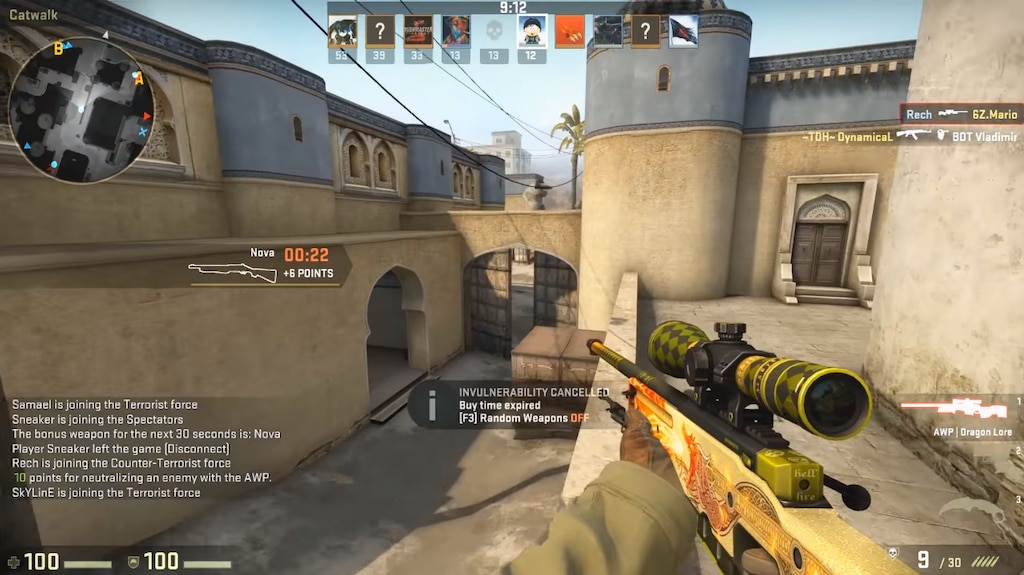 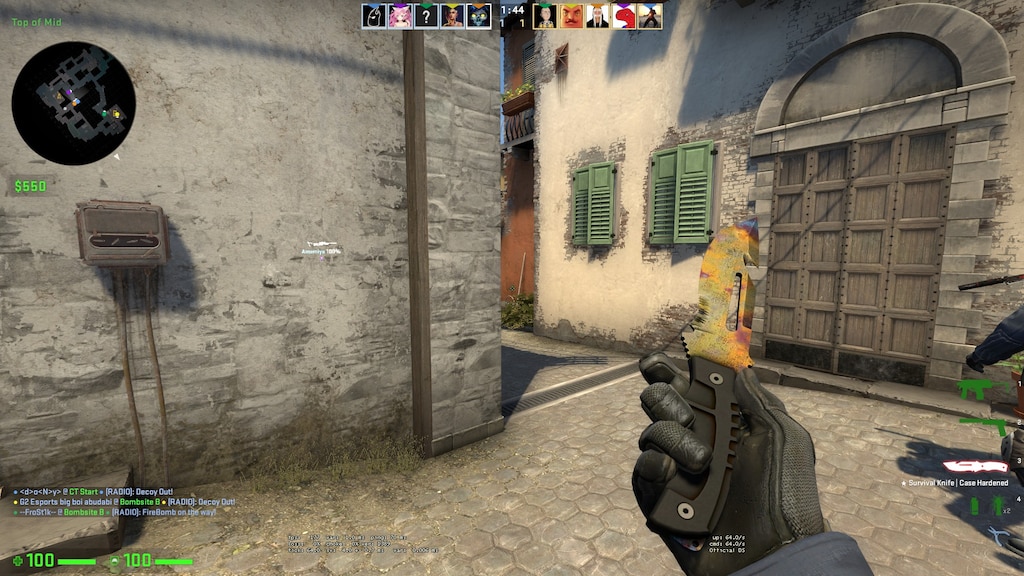 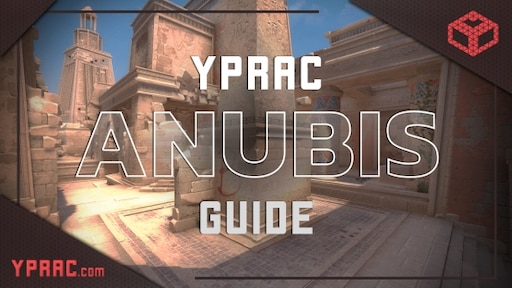 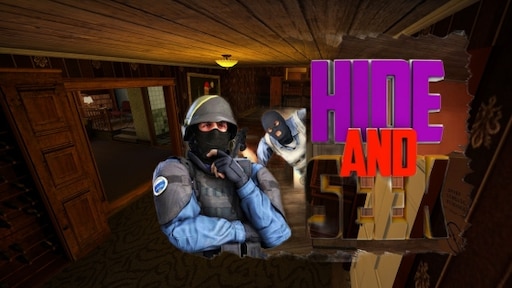 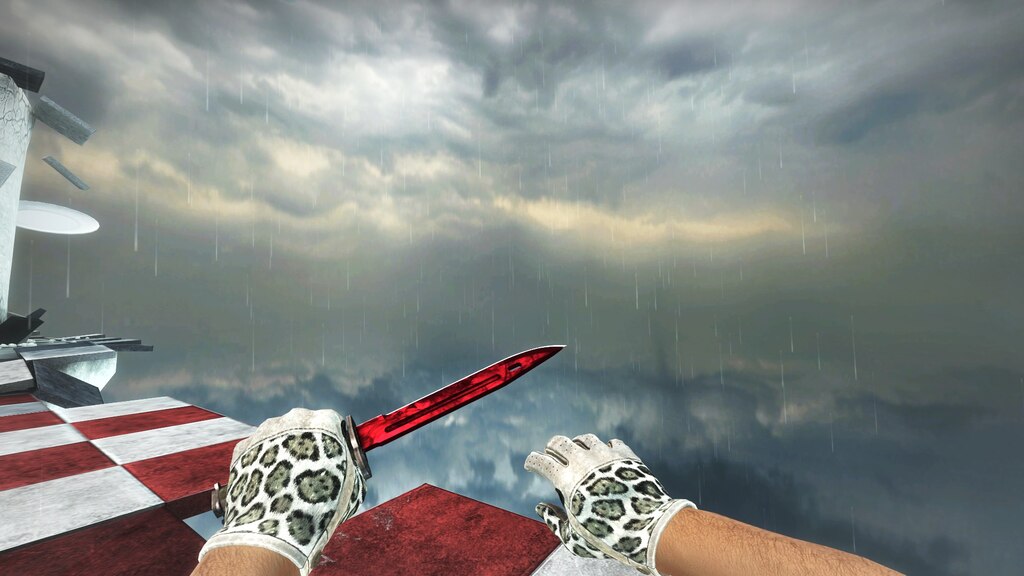 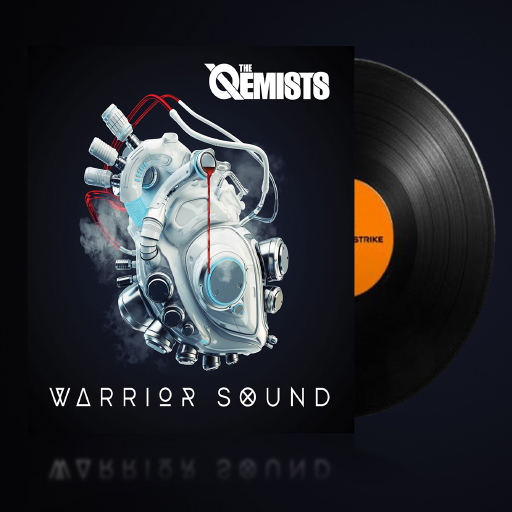 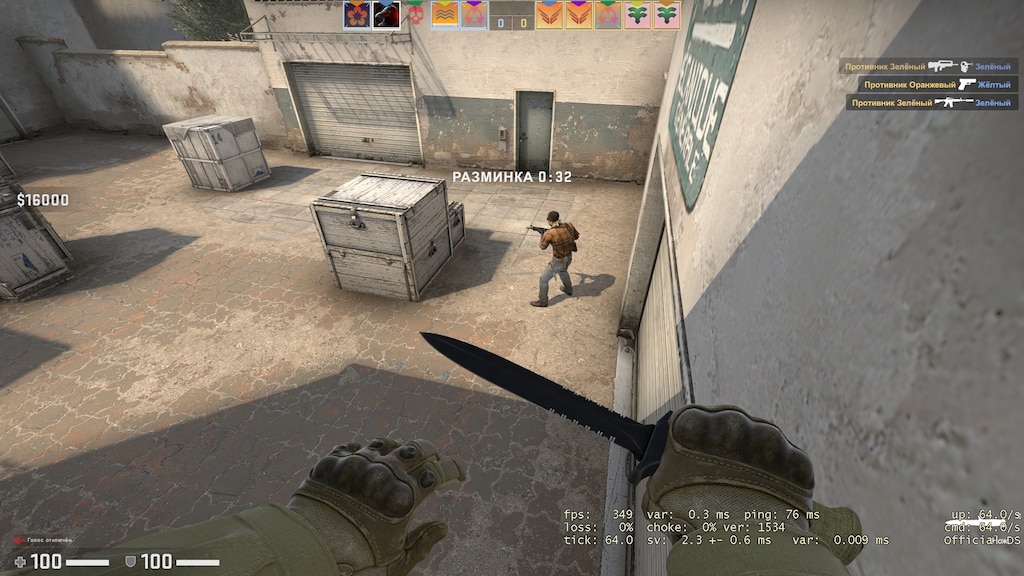 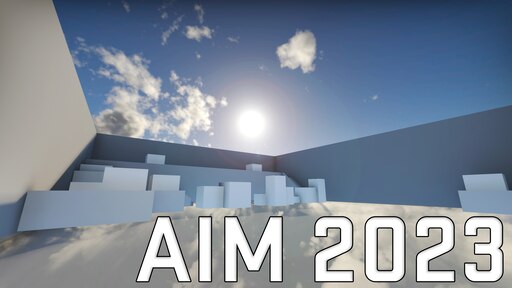 ไม่แนะนำ
5,389.8 ชม. ในบันทึก
Hell .... no. Not at this time. This game is going from hero to zero and its definitely dead. I loved this game so much but now I started to hate it. Un-optimized, full of bought accs - smurfs, cheaters whatever.... And if someone say that U HAVE NOT GOOD TF then go to hell, I really have. I have this acc above 10 years and had 240 games with hackers. Guess what? 90% of them last 2 year. So there is somethig wrong with this "money catching garbage" from Valve. Sadly they does not care..... So this is really good and enjoyable game 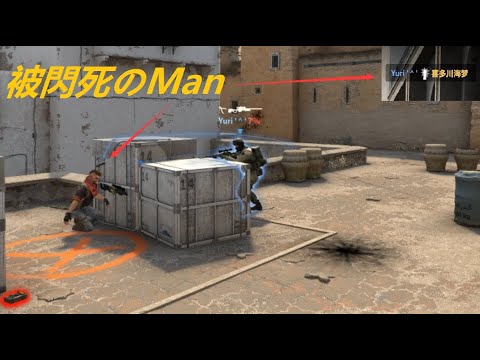 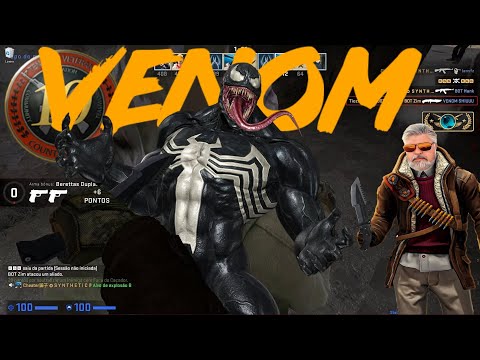 ไม่แนะนำ
474.5 ชม. ในบันทึก
Counter-Strike: Global Offensive managed to become one of the most successful representatives of 'esports' (electronic sports) tournaments. This is partly the result of its unique(ly flawed) aiming system, which it inherited from its predecessors' game engine and which differentiates it from other first-person shooter games. Many of us remember the aiming from Half-Life (using the pistol or submachinegun), where the reticle widened and narrowed according to movement and continuous firing - which was later implemented into Half-Life 2's Source engine as well. Even then it felt somewhat weird and unrealistic. This implemented 'illness' is the main reason why CS:GO fails to deliver as an authentic and realistic FPS, compared to other shooters with more functional and better behaving aiming mechanics.

The base concept of Counter-Strike originates from a Half-Life mod, with a simple, yet great idea behind it: the terrorist team has to successfully blow up a bomb within the boundaries of the 2 marked target site (A and B), while the counter-terrorist team's job is to prevent this from happening. Both teams consist of 5 players, at least in the classic, competitive mode.
The terrorist side is somewhat easier, since they can move together, while the counter-terrorist team has to split and defend both sites, even if the the clock works against the terrorists.
There's no single-player mode in the game, it's multiplayer (player versus player) exclusively, the only thing to do alone is practicing with bots (AI controlled team members and enemies).
It's important to highlight that the game became free-to-play on December 6, 2018 (it was 13.99 EUR beforehand), probably due to the dropping interest of players. Original owners (or those who still wish to pay for it) receive 'prime status', which means that we can get item drops, simple weapon skins, limited use graffitis or cases which contain exquisite cosmetics and special badges upon reaching a new level (we get experience points after every match depending on our performance). Although these weapon skins do not affect gameplay at all, some of them still cost almost a fortune thus providing a nice source of income for Valve.

So what's the problem with the gameplay in CS:GO? It's simply related to a single issue - the mentioned aiming system. This game is probably the last FPS on the market which doesn't use iron sights - a sighting marker to assist aiming (before the mid 2000s no FPSs used these) - with the exception of scoped weapons. The problem (or the core of CS:GO's aiming) is that firearms become greatly inaccurate during any form of movement and immediately after firing the first shot. Some people consider this a feature which reflects reality, but they probably never had any experience with real firearms. Weapon behaviour in CS:GO feels overdone, moreover unrealistic: during a simple jump we can - with a slight exaggaration - shoot someone behind our back... something that can NEVER occur in real life. At which point one can wonder if recreating real gun physics was ever the point of the creators with this aiming system.
We can only shoot (somewhat) accurately when standing ABSOLUTELY still or crouching, which is a death wish in a game that offers no real cover and takes place on relatively small maps.

This major flaw aside CS:GO offers many interesting game modes on a relatively wide selection of maps. Besides the mentioned 5 vs. 5 classic mode with the bomb planting/defusal, we can participate in hostage rescue missions as well. While exciting, this mode puts the counter-terrorist team at a disadvantage as well, since the terrorists only have to hide and defend while there's a serious time-limit for the good guys. The fact that it's enough to rescue 1 hostage out of 3 doesn't really make the job of the CT team much easier, since the hostages are placed close to each other.
In Arms Race and Demolitions mode (under 'War Games') we can't buy weapons, but earn new ones by killing. Demolitions mode doesn't differ much from the classic scenario, while Arms Race is basically a chaotic team vs. team deathmatch. Speaking of which, we can also play a simple team-based deathmatch without any extras from the old era... but why would we?
Another game mode is the rather funny Flying Scoutsman in which we can only use the weaker type of the game's 2 sniper rifles, the SSG 08 and the knife under low-gravity conditions.

And what has changed since the game became free? Well, in December 6, 2018 the game also received a new game mode - in order to keep up with modern online multiplayer FPSs - the Danger Zone, which is a battle royale (originating from the same titled Japanese movie, including a last-man-standing setup with scavenging) mode.
While there are plenty of games offering this kind of gameplay, the developers did a pretty good job here. The basics are the same: we have to be the last one standing while the game area is constantly shrinking, picking up weapons along the way and ordering equipment which are delivered to us by drones. We also have a teammate, can use jump pads and can pick a special ability at the beginning. While this mode is surprisingly exciting and refreshing, it can hardly be an alternative to Epic's own well-known market-leading battle royale game.

Besides the aiming, there are other problems regarding gunplay as well. The system nullifies hits that are made before the death of one of the participants in a duel, so if 2 opponents fire a (supposedly) deadly shot at each other at the exact same time, only the first one (fired a millisecond before the other, or with a lower ping) registers, the other bullet simply vanishes. Only grenades can do post death damage. Grenades are unrealistically weak, the average damage they do is ~20% and their area of effect has a roughly 3 meter radius... I understand that the game doesn't focus on grenades, but since a player can carry 1 of each type (fragmentation, incendiary, flash, smoke) anyway, it wouldn't hurt to make them more powerful.
Firearms are underpowered: it takes numerous shots to drop someone, unless aiming for the head. 2 rifles stick out of the crowd: the AK 47, which has an extremely accurate 1st shot and the AWP (Arctic Warfare Police) being able to kill with 1 shot, no matter where it hits (yes, even a toe-shot is lethal - similarly to the crossbow from Half-Life 1 & 2). No wonder these are (especially the latter) the favourites, while the existence of the large variety of submachineguns seems unjustified, because they all feel the same.
Shooting through corners or walls of different materials also seems wonky (doors are the only objects that can be destroyed). The effort is good, without actual bullet ricochet it feels half-baked.
Another issue is the movement (which seriously affects aiming): running is way too slow and jumping is practically suicide - after a jump a slowdown occurs, rendering it useless.
While melee (knife) combat is encouraged, as it can kill with a single blow (unless we face our enemy -more or less is), it's flawed too, since despite the animation our knife attack has no arc, it only hits a point...

The game presents crystal clear graphics (although not as beautiful as in Half-Life 2) which still looks great today, its quality is fluctutating. Sound effects are average with unusually loud impact sounds and menu music.

Counter-Strike: Global Offensive isn't really a bad game, it's just vastly overrated. While I understand the attachment of its player base to this somewhat old-style multiplayer FPS, the aiming mechanic is inherently flawed and should be corrected in the next installment. 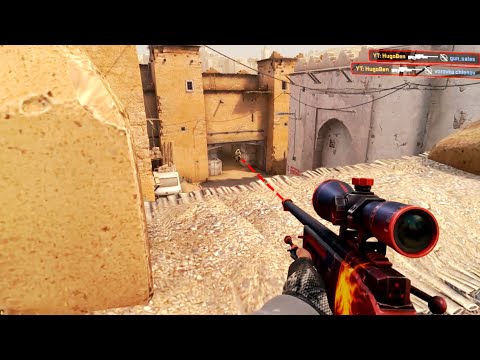 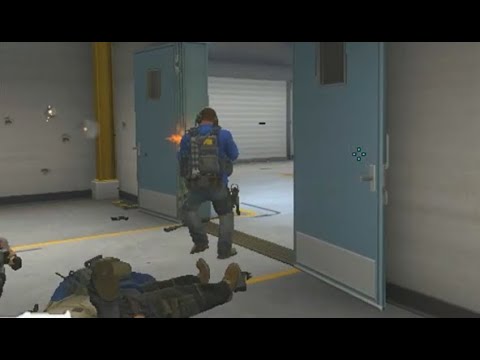 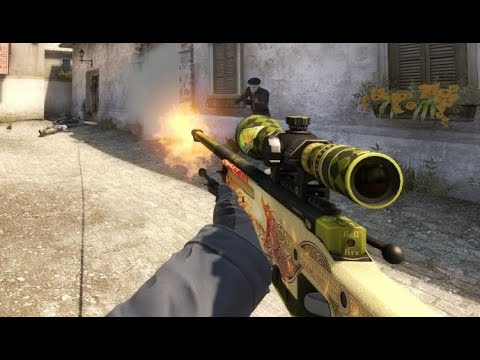 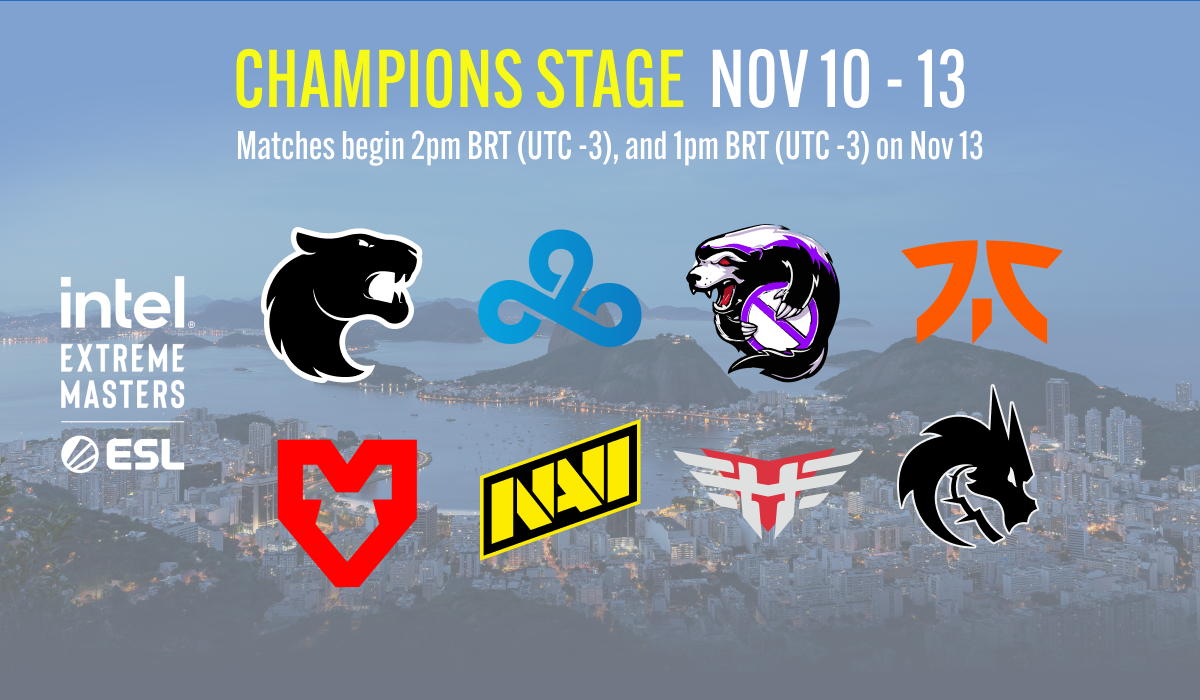 Counter-Strike: Global Offensive
42,286
859
Please no-russian servers
Please add some type of russian-proof servers, I'm even willing to pay for it!!!! I'm tired of full russian teams, zero communication and a lot of toxicity
38

Mallu
5 นาทีที่แล้ว
กระดานสนทนาทั่วไป
Best indicator to know if you will most likely win.
Just say: Glory to Ukraine a.k.a Slava Ukraine. If you will get same response most likely you will have great game. Enjoy this tip.
17 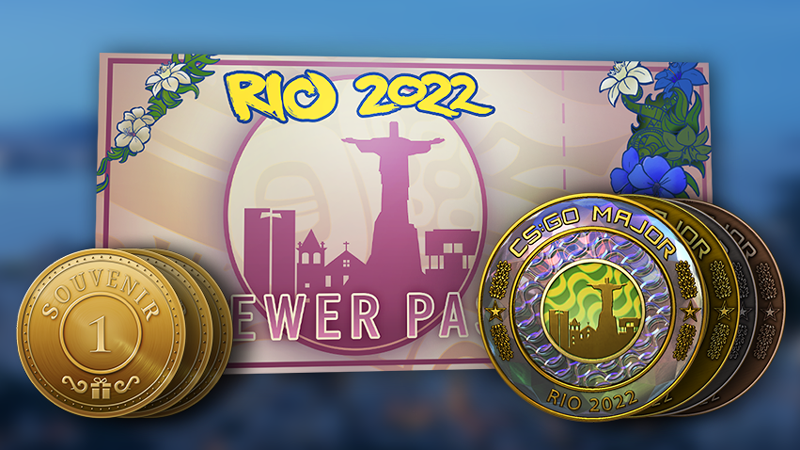 Counter-Strike: Global Offensive
67,547
1,710
What valve needs to do
Instead of making New opération or New case . They should fix bugs on anubis and fix hitboxes on New agents. valve do you even watch youtube lol
9