Become the captain of a interstellar cruiser and cross the galaxy to save the Republic. During your journey you will have to make important decisions, improve the weaponry of your ship and fight against numerous enemies.
-33%
$24.99
$16.74
Visit the Store Page
Early Access Game
Get instant access and start playing; get involved with this game as it develops. Learn more.
Most popular community and official content for the past week.  (?)
Chapter IV: From the Inside, now Available + 33% discount!
May 19
Hello everyone!

This update has been being worked on since October, that’s 8 months’ worth of changes, missions, quests, writing, dialogue, voicework and art. We’ve been working non-stop and are extremely proud to present you with this update!


33% Discount
To celebrate this massive update, we’ve decided to put the game on sale at a whopping 33% off! That’s a third off! Take advantage of this sale while it lasts!


Chinese Translation coming soon!
Last but not least, we’ve teamed up with Whisper Games to bring Between the Stars to China! They are diligently working on a Chinese localization for the game, which should be ready this year!

As you can see, we’ve been quite busy, but work isn’t stopping for us just yet, we’ll now start work on the game’s fifth and final chapter!

Between the Stars
226
35
Please make combat more fun
I know it's an Early Access but damn those space combat are not fun ! Enemy ships have always better and stronger weapons than you, they are more agile and quickest too. The 3rd person view is good but why so near our ship ? If there are a little zoom to appreciate more of the field. Most ship are slower and agile like a truck, they are cruiser i know and they are not supposed to be agile or quicker like a fighter but I spend the majority of combat in searching a line of sight or the enemy ships....
4

0
8
how to Between the Stars

Ed
View artwork
Looking for the Treasure - Password
The code has many people going such that they think it's a joke that is lame. Many search for the key without knowing that the answer is simply in the frame.
72 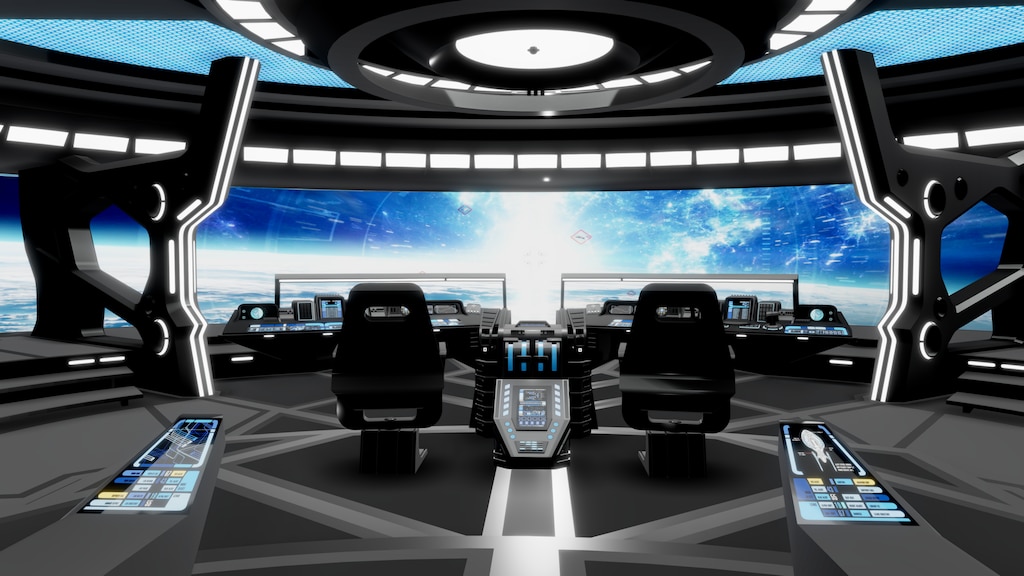 Hoverbike
View artwork
Gear question
Does stacking 2 shields and or radars work? If not should this be a thing? lol I say yes....
3 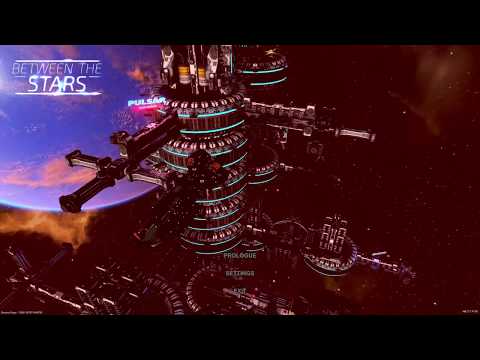 0
2
Between the Stars - Kickstarter 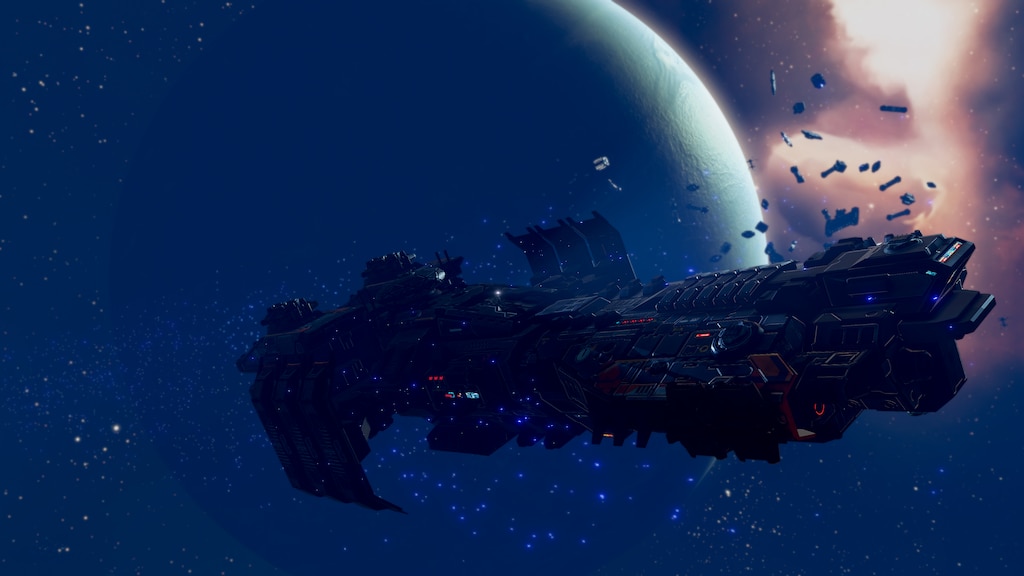 How to not get destroyed at the beginning.
Here's some tips to start in a good condition.

0
0
Guided Missles "In Between Stars" 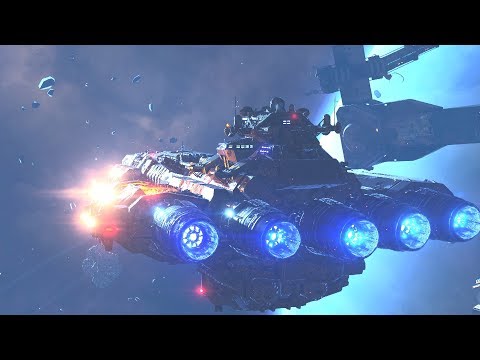 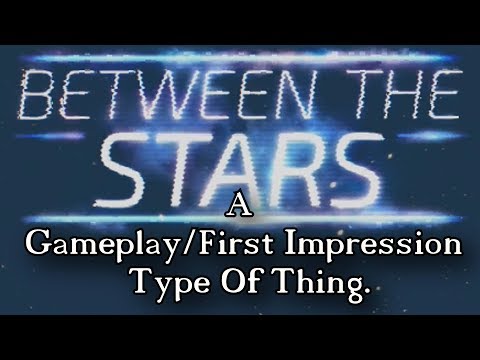 0
1
Between The Stars 'Hardcore Mode'- A First Impression/Gameplay Type of Thing. 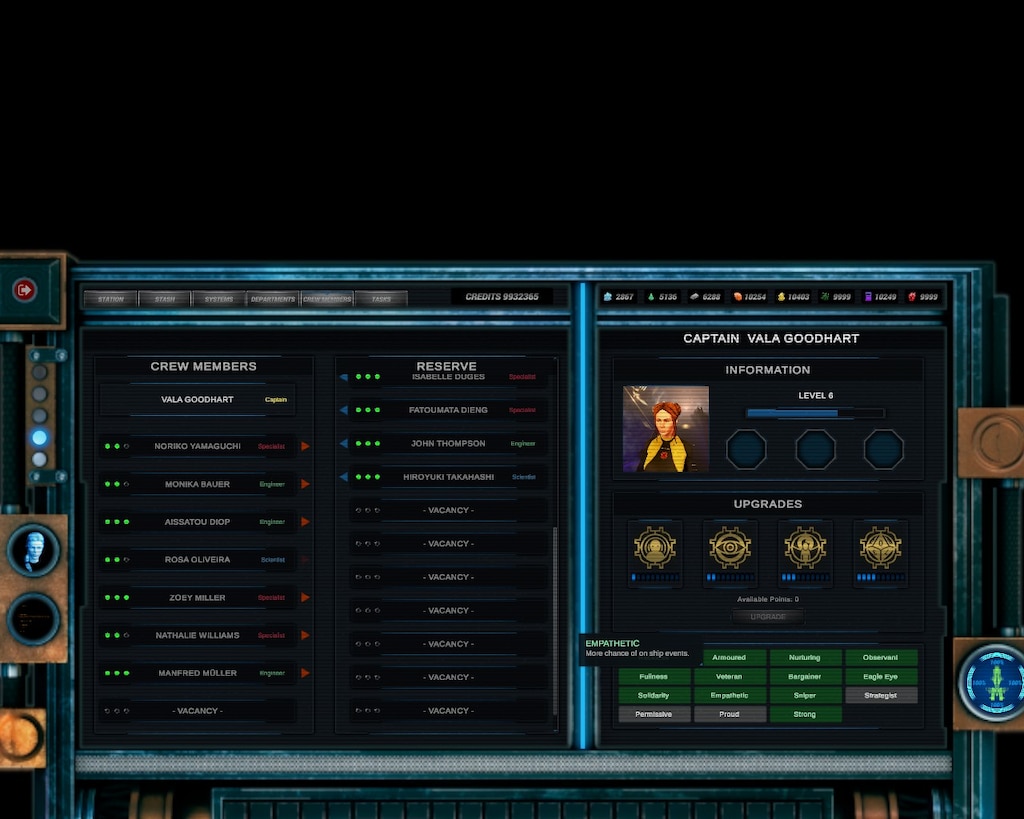 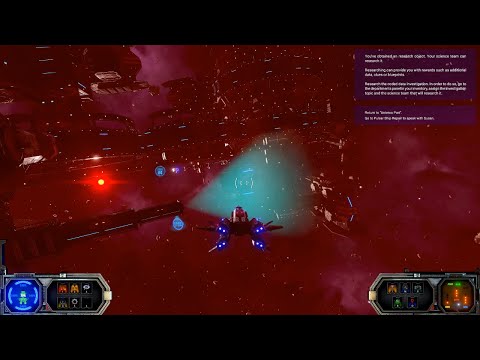 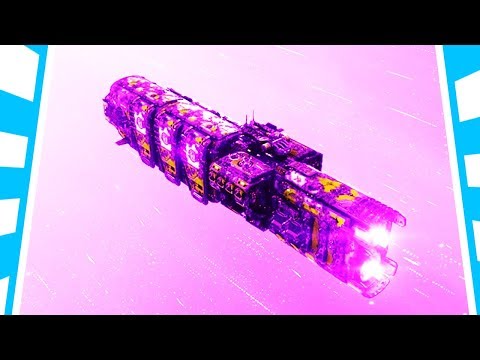 Recommended
27.3 hrs on record
Early Access Review
Definitely still a WIP, but for an Early Access game, there's a great amount of game to play. Still needs some tweaking with the early game weapons/ships vs the later game weapons, but I've enjoyed this game.

Recommended
5.8 hrs on record
Early Access Review
A fun once-through romp type of game, if you can get beyond the beyond atrocious, campy, clearly-paid-the-same-guy-to-do-5-voices-badly voice acting. I mean it's *bad*. Like, better off muting the sound and just reading the text bad. Like even if it was intended for a teletubby audience you'd *still* consider it way over the top campy bad.

Recommended
11.7 hrs on record
Early Access Review
I quite enjoy this game honestly, even in its current state as of June 2020.

TLDR, This is worth a purchase as is, but it also has a lot of potential I'm excited about.

Pros:
+Fun combat with big ships: As much fun as tiny, nimble fighter games can be, I've always been wanting a game where I'm piloting a capital ship with a ton of cannons or lasers. Rebel Galaxy comes to mind, and seems like a good metric to compare this game to. If you enjoyed that, you will enjoy this, especially if you wanted that to have some vertical movement too.

+Controls: Felt very intuitive given what they're working with. From what I remember of the tutorial, they show you how to move forwards and backwards using the mousewheel to control engine power. Rolling with Q+E, Pitch with W+S, turning with A+D, but there's also vertical movement (Shift+Ctrl) and Lateral movement (C+Z). Aiming is done with the mouse, and doesn't feel bogged down by the orientation of the ship

+Story...Mostly. At the moment, the story is not finished. Where its at right now, I still enjoyed quite a bit. I think there's enough history baked into the world the developers are building that it feels engaging, but could also add more. Sidenote that's just me nitpicking, but every now and again a character will use Universe or Galactic interchangeably, and the astronomer in me just feels dirty thinking that. The universe is quite a bit bigger, so I think it should stay as war on a "Galactic" scale, not Universal.

Neutrals
:: Dice system. some events, storylines, and "ground" combat is resolved through dice rolls and items. Now if you're like me, you might be initially repulsed by that idea, I was not a fan of it in concept, but you're in luck. There's an option to toggle that off. That being said, I don't know how it plays without the dice rolls because the whole system actually kind of grew on me, so I left it on. Its worth a shot if you can tolerate it, you might come to enjoy it.
::Current weapons have a weird mix between feeling distninct and unique but also kind of samey. I didn't notice until about 10 hours in but there's actually identical weapons that have different qualities, in addition to different upgrade levels, AND different classes. For example, you could have a Light Plasma Cannon, a Plasma Cannon, or a Heavy Plasma Cannon. Each version feels identical, except with dps, accuracy, and range. But you could have a Light Plasma Cannon Mk 3, (Normal Quality) and it's not as good as a Light Plasma Cannon Mk 1 (Superior Quality), but how do either of those compare to the Heavy Plasma Cannon? Could use some more fleshing out or something to make it clearer.

Cons:
-Voice acting can be... rough.. in some cases. A certain "Howard Huggens" just doesn't sound like it belongs in the game. Now, this could be a victim of the games success, as the visuals and gameplay feel polished enough that I almost expect professional voice acting, but some of it just doesn't sound good. Some lines are missing altogether, but if you read the description of early access that's already made clear.
-The Story, again. I am excited to see where the story goes later, but I gotta say it feels pretty repetitive in some ways. The game will have some text during some story lines that feels kinda tongue in cheek about it, so I like the humor there too, but VAGUE SPOILER Getting betrayed after betraying a betrayer who betrayed a betrayer END VAGUE SPOILER. Still, story is an overall plus.

Longest review I've ever written, hope this helps someone make a decision. I think the game is worth it as is, but if it becomes what the developers want it'll be one of my favorites I think. 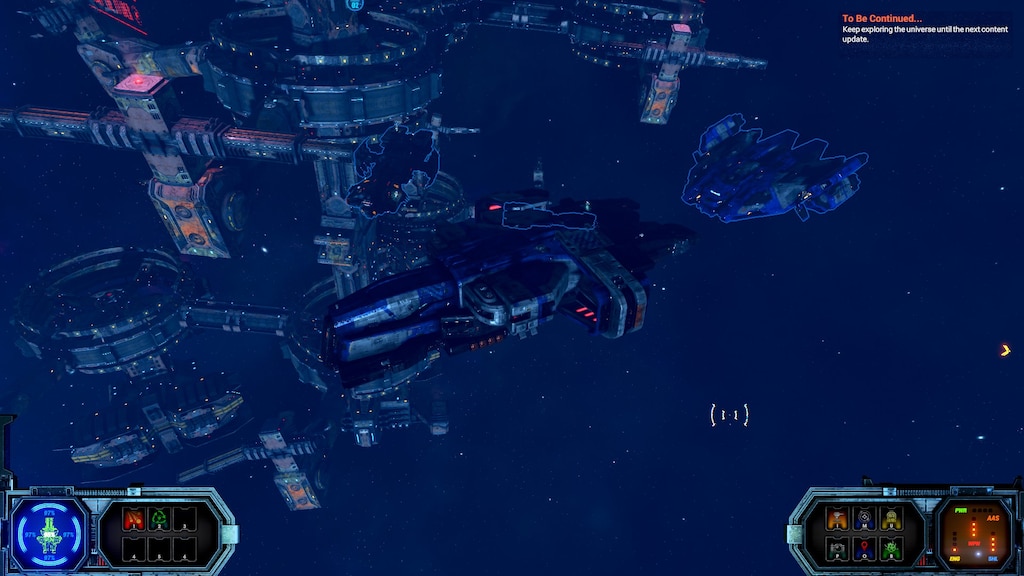 Tl;dr guide for powergaming Between the Stars
Everything you need to know in a nutshell. 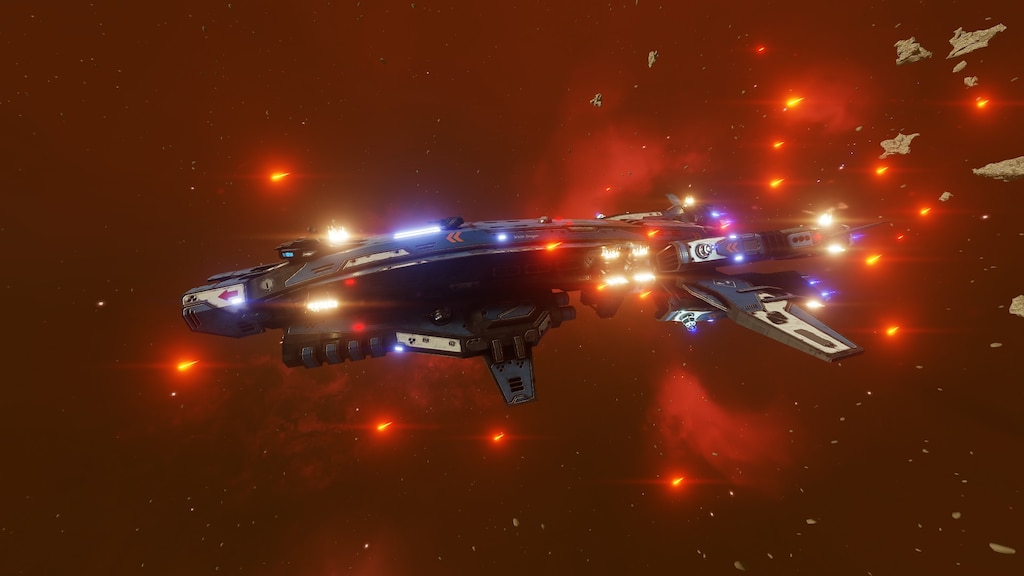 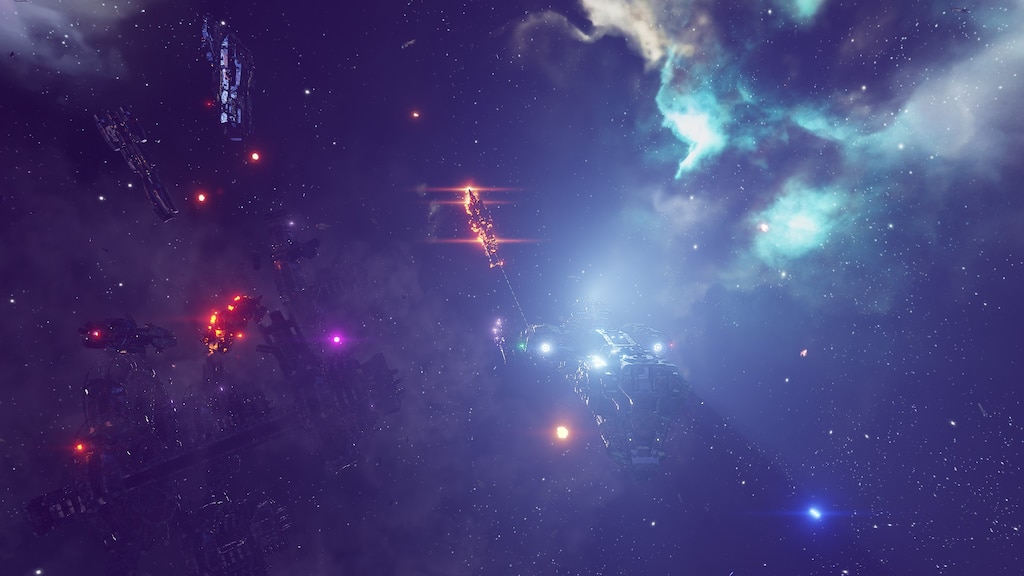 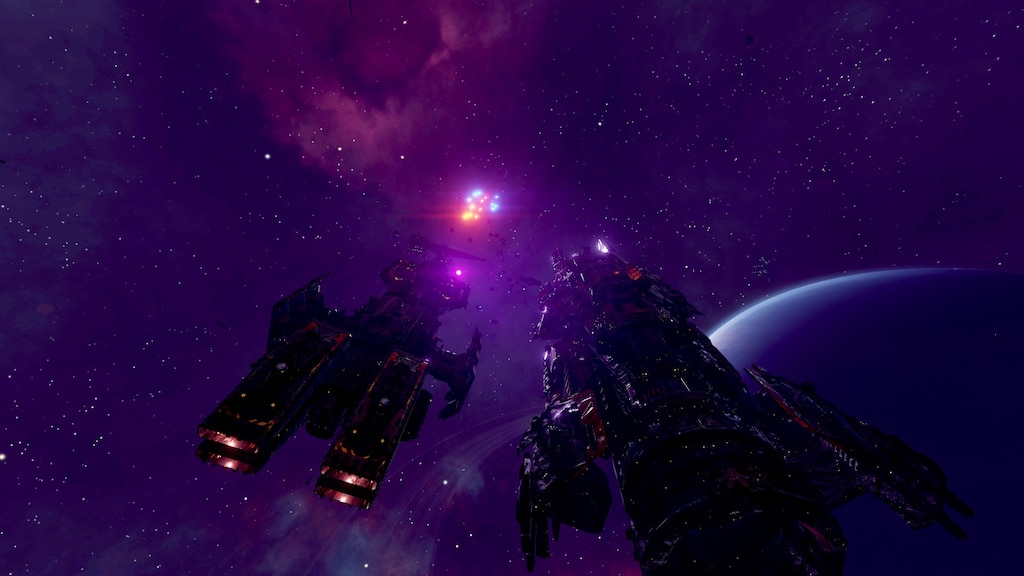 0
0
Hanging Around With Edward D

Outcome of decisions (may contains spoilers) incomplete
In this guide I will present you the outcome of the different choices. This is far from finished and will be written further as I check out all the consequenses. If my English is inproper, I beg your pardon because German is my native language. Please feel...

Quickdraw
Jun 27 @ 11:56pm
General
Your suggestions
We will read all suggestions you post here throughout Early Access. Please post your thoughts and opinions here so we can collect them!
268

Shovah
Jun 12 @ 2:54pm
General
Play the Chapter 4 beta before we launch it
May 8
Hey there everyone! We have some great news. Work on Chapter 4 of Between the Stars is almost done and we are about to finish the beta phase!

The good news is that you too can join in on the Beta phase right now and try out the many new hours of content that we have prepared for you. Please, remember to use the bug report system in-game by hitting the B key.

In order to join the Beta, all you have to do is right click on Between the Stars in your library. Click Properties, Betas and opt into the beta we have there, it’s that simple!

Here is a changelog for the beta's latest build:

Expect the 4th chapter in the coming days!