America, 1961. The assassination of Nazi General Deathshead was a short-lived victory. The Nazis maintain their stranglehold on the world. You are BJ Blazkowicz, aka “Terror-Billy,” member of the Resistance, scourge of the Nazi empire, and humanity’s last hope for liberty.
$39.99
Visit the Store Page
Most popular community and official content for the past week.  (?)
The GPU has ran out of dedicated VRAM.
Has anyone received this warning in-game after updating their drivers to the latest versions? Or is it just me? I've never received this warning in my 100+ hours of Wolfenstein 2: The New Colossus, until now. Also, despite the warning, there is no decrease in performance, video quality, and FPS....
2 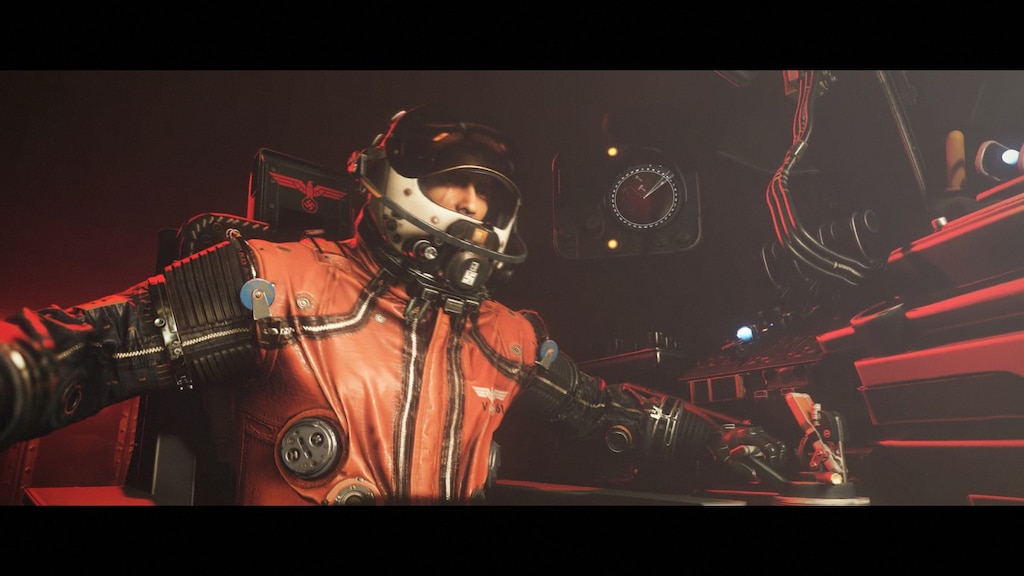 How to enable New Game Plus!
This guide will teach you how to create a new game plus. I did not discover this on my own; Mavrose7 on the forums shared his solution, and I decided to put it in a more vi...
88 ratings

Guide for Mein Leben (DLCs Included)
Guides for Mein Leben and I Am Death Incarnate. The two difficulty levels differ only in that Mein Leben has checkpoints and saves disabled. Feel free to leave feedback or requests for certain battles in the commments!
112 ratings 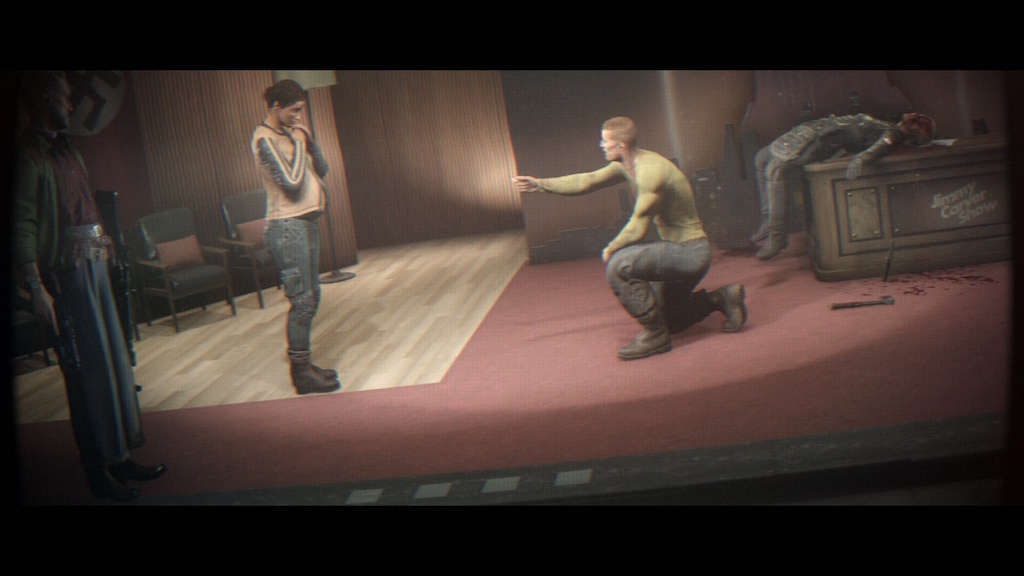 0
46
Anya, you make me strong and weak at the same time. Will you marry me? 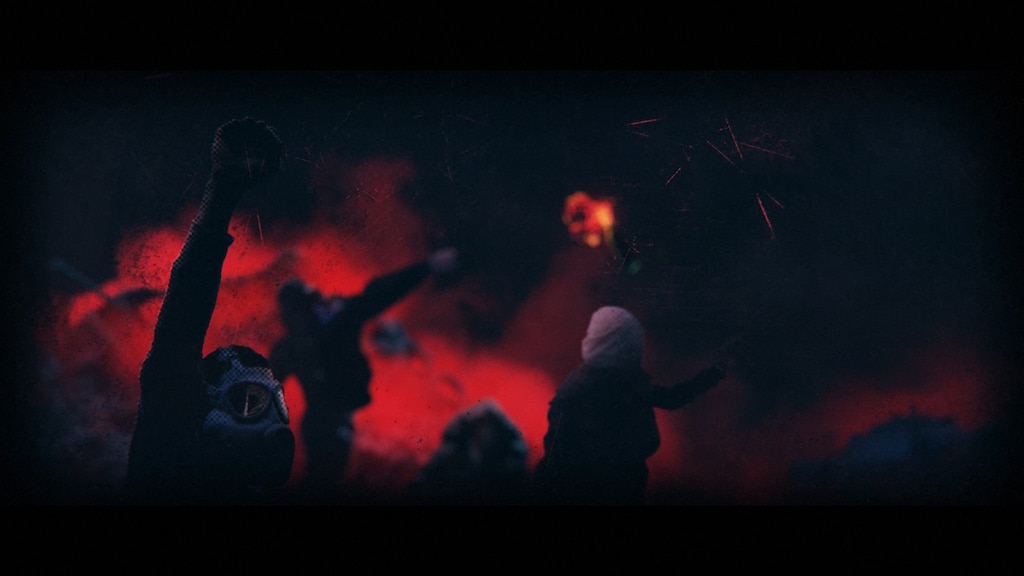 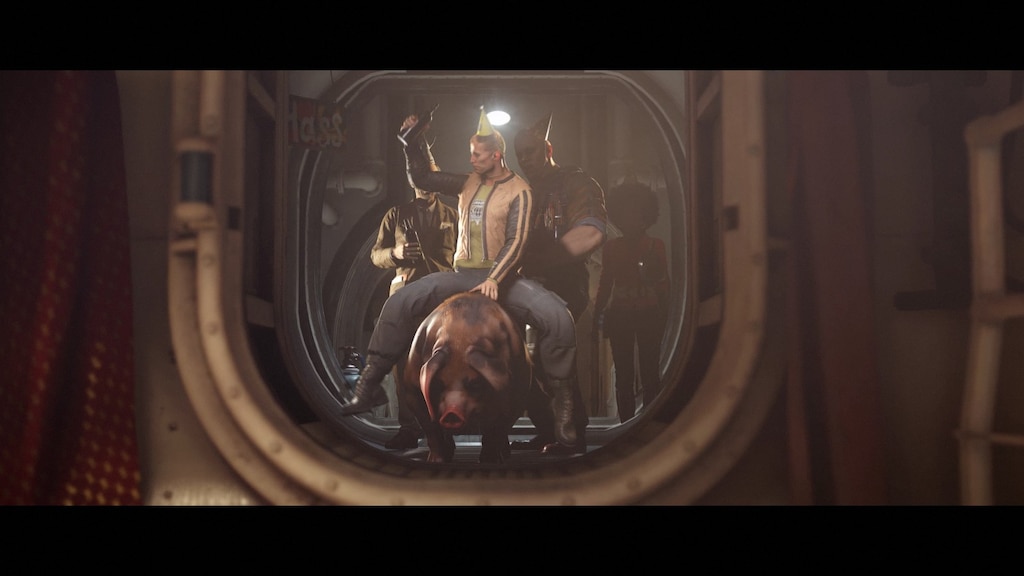 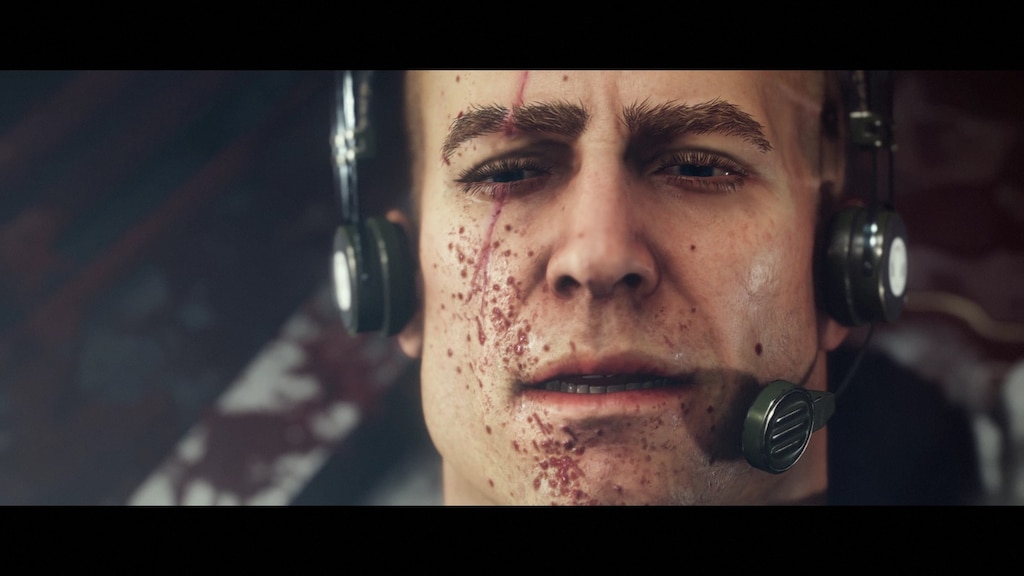 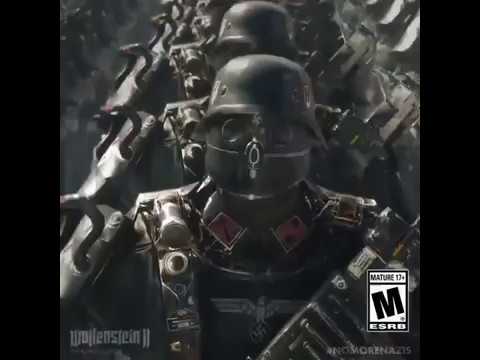 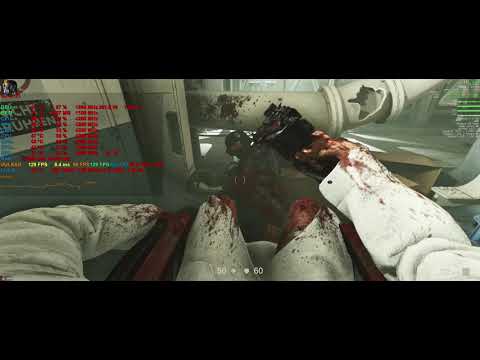 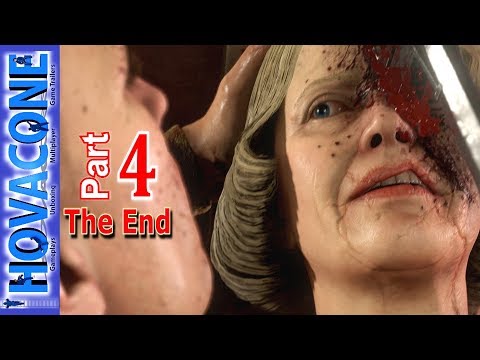 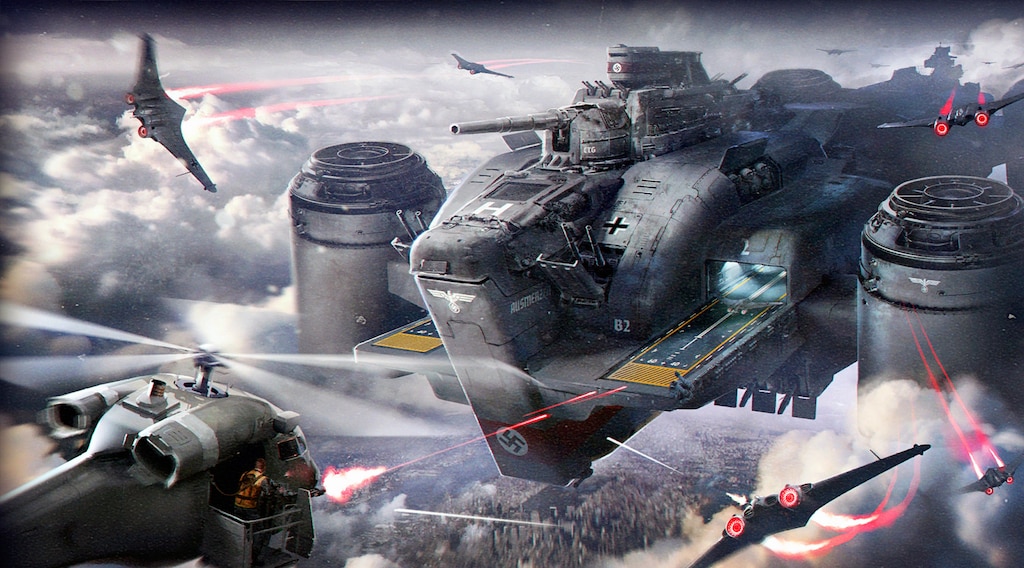 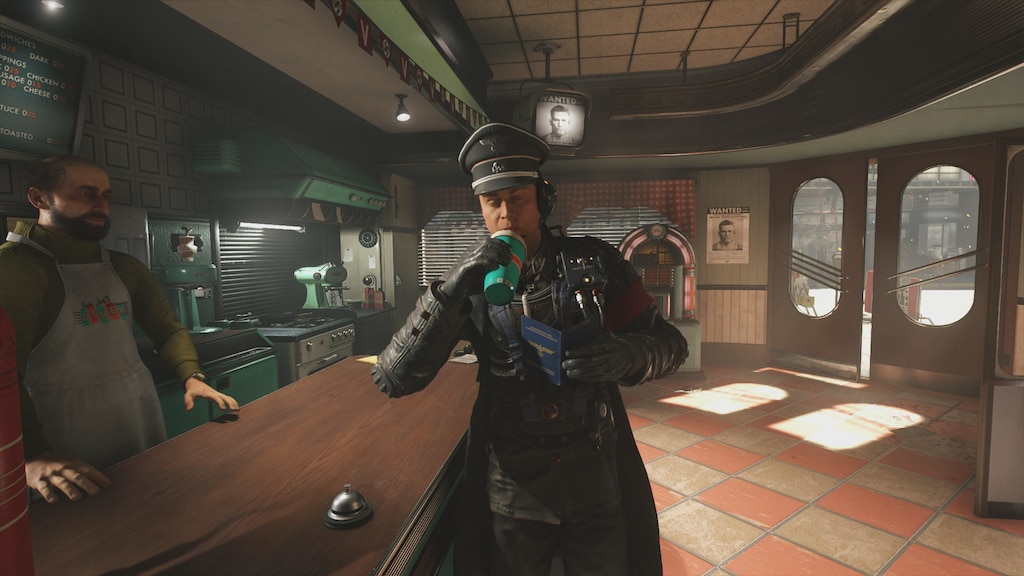 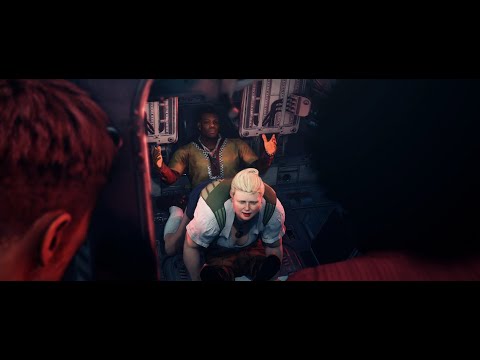 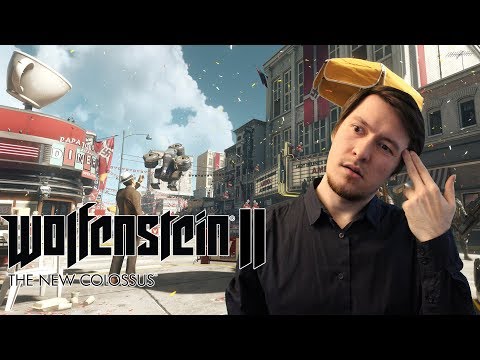 Not Recommended
8.1 hrs on record
I really didn't like the quality of this one, especially after how amazing New Order was. The intro to this one was extremely deep, and really does play with your emotion, but all of that foundation gets lost with really bizarre, forced silliness later. I did find it really humorous at first, but that effect is just lost because it tries far too hard to be funny and unique, and forces it far too often. Not to mention the really repetitive combat and level design as you get into the game. It'll crash too, and is really badly polished for a game that's been out for four years. Really, it's amazing at first, but just halfway through reveals it had no more up tricks up its sleeve, and by the end I was just hoping it'd be over already. Really disappointed 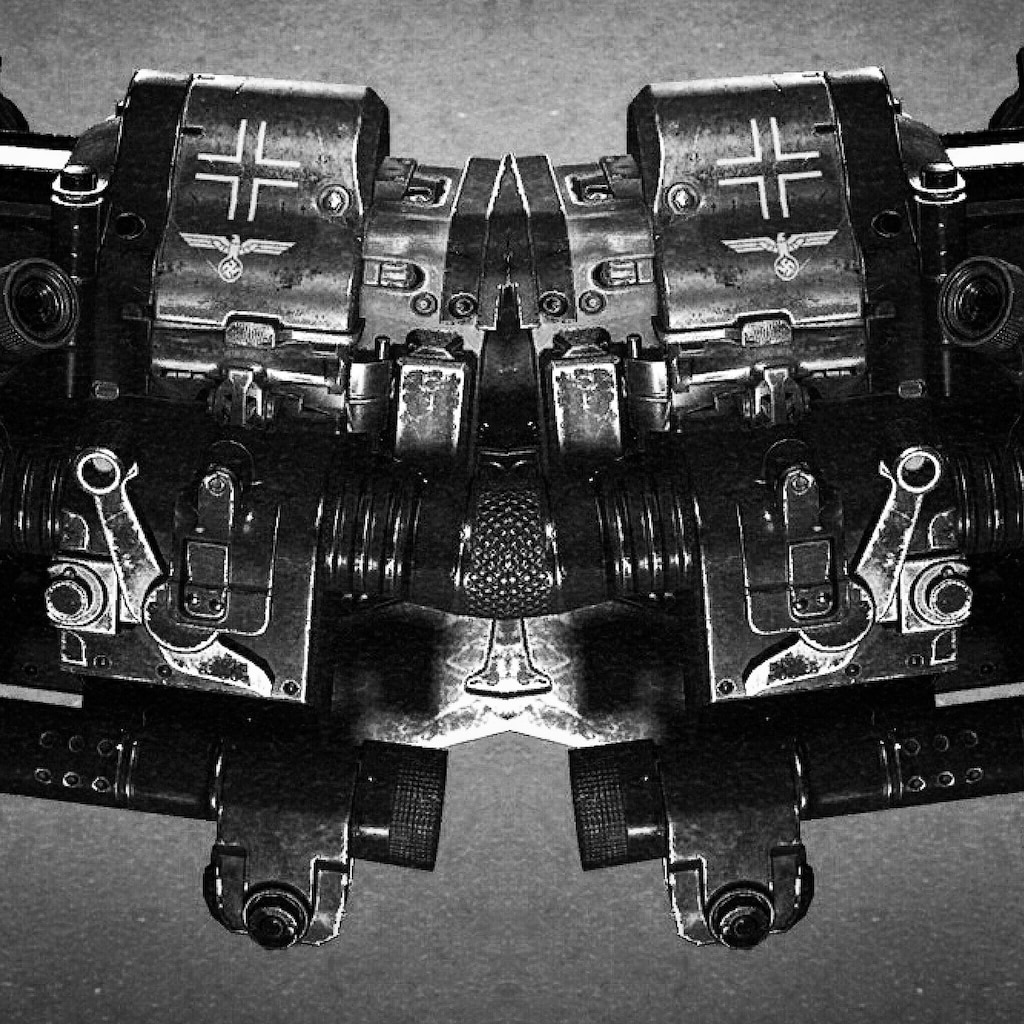 Recommended
10.0 hrs on record
Great game! I’ll start off by saying, it’s not the best on many terms, but in other terms it really succeeds. I’ll start with the things I like about W2. For one, this whole alternate reality idea is pretty entertaining. Its sort of mind boggling to play in a world where Nazi’s run it all. It really just makes you wonder what it would actually be like. The detailed design of a lot of areas and backgrounds only help sell this idea in a somewhat frightening way. The graphics in general are very good as well, definitely an upgrade from the older games. Every surface and character is defined, and not hard to spot out in the heat of battle.

Next would be the gunplay. I find it super satisfying to kill people in this game with any of the guns. And the fact that you can also dual wield all of your guns just makes for an even more satisfying, and an epic experience as a whole. You can find upgrade kits around the maps that you can use for your guns, and it gives them special abilities that can heavily impact the way you play. I think all of the upgrades are super awesome and bring up the replayability. You can also run and jump at extremely high speeds which is actually really helpful and complements all else.

I feel that the impact of all the guns are pretty heavy which is why I think it’s satisfying. You don’t have to switch between your guns to kill a certain enemy type, but there are certain tankier guns that do big damage and feel powerful. Melee combat is also really fun and satisfying as well. You can pull of stealth kills with your hatchet when Nazi’s aren't looking, and these stealth kills are super bloody and gory. It reminds me of glory kills from DOOM, except without the health drop.

Now for the soundtrack, which doesn't matter too much, but is worth a mention. I think the music is pretty good, it can get a little rough sometimes but usually you can have fun with it. I guess while I'm here I'll talk about sound design. I think it’s pretty good actually. The guns don’t sound that amazing or realistic but your character's voice and other noises can change drastically depending where your current setting is, which is kind of neat.

Now for the story. I have mixed feelings about the story. It can veer from badass and exciting, to boring or outright cringey. A lot of the story is just “Oh we're gonna go infiltrate here and kill this guy but oh wait we have to bypass this first before that” which can be annoying, but it didn’t matter too much to me because of how fun the gameplay is. The story can also be crazy and super fun to follow and watch. A lot of very big events happen in this game, and I really appreciate the craziness of it all if i’m being honest. Some of the writing is actually good and fun, but some of it is ♥♥♥♥♥♥♥. There are a few comedy relief characters that just make me annoyed when they come on screen. The dialogue between them, and really just all the characters, is laughable at times. But at the same time, some of the characters do really really good and completely sell it! So it will go up and down throughout the story but in the end it was average.

But besides narrative I don’t have too many other issues worth mentioning. I had fun, and a lot of it. If you liked The New Order, you’ll probably like this. If you like DOOM you’ll probably like this. It’s fast paced and ultra violent. It beat my expectations by a lot after reading some reviews, and I recommend it to anybody who would be interested in something like this. Honestly it will probably end up in my top 10 list because the gameplay is so fun, I don’t know how well I shared my opinion on it but it was AMAZING.

jasonBethesda
Mar 3 @ 1:54am
General Discussions
VRAM usage
Hey. I keep getting the message that says the video driver has run out of dedicated memory. I've already put the setting to low and i keep getting it. I was playing it in über with 60 fps, no problems and my video card it's a GTX 1660S with 6VRAM, so i don't really know what the problem is....
7

Punished Gaxi
5 hours ago
General Discussions
crash at oberkommado after hiding nude
died after hiding nude, tried to reload, the game said could not load crash dump restarted the game and loaded the save file, #str_online_connection_error_03 appeared below is the methods i tried and no use: launch the game in safe mode verify the game file, nothing missing turn off asyn compute in game settings and restarted the game updated graphic card driver (31/5/2021) lowered the graphic settings to low and tried many methods to solve the connection error and failed here is my system info.: cpu: i7-...
4

VioJaeger
Jun 1 @ 6:31am
General Discussions
Major issues after last Nvidia Driver Update
Yesterday I installed the new Nvidia driver and now I always receive the error "The video driver has run out of dedicated video memory". Nothing else has changed when it comes to settings. I only updated to the new driver. In Heap(0) I use 7267 of the available 8GB. Heap(1) has turned to yellow and Heap(2) has turned red. Any else having the same problem?...
11