Insurgency: Sandstorm is a team-based, tactical FPS based on lethal close quarters combat and objective-oriented multiplayer gameplay. Experience the intensity of modern combat where skill is rewarded, and teamwork wins the fight.
$29.99
Visit the Store Page
Most popular community and official content for the past week.  (?)
Update 1.9.2 Hotfix 2
May 4
We've released a hotfix for update 1.9.2 that addresses the following issues:
Fixes:
To see the current known issues list, please see the bottom of the full 1.9.2 changelist here.

Insurgency: Sandstorm
317
26
But question what do others think of the new sights we're getting.
Not to mention that towered mount sight
14

Another month is gone already, and with it we saw some pretty major announcements and releases.

Here at NWI we are chugging along, reading through thousands of points of feedback from our Update 1.10 Community Test Environment. We appreciate everyone taking the time to fill out the survey (available here [www.surveymonkey.com]if you haven’t yet), post on Reddit, and/or filling out an in-game bug report.

The new mode, Survival, seems to be a hit, and it plays just perfectly with our new weapons. What’d you think? Let me know in the comments below - we are still taking feedback and iterating. I can say one thing we’ve been looking into is the quantity of suicide bombers in the mode.

What about the new sidearms? The pistol optics? The new map; Citadel? We want to know. I promise to read every comment. Even the mean ones.

The CTE is integral in our development cycle, so thanks again to everyone who partook. If you missed out, don’t worry, we will have another one before the release of 1.11.

The meat of this update is our HD Texture Pack. I’ve seen a lot of screenshots being taken with these higher resolution textures, and they are looking _clean_. Some noticed there was an issue with the texture pack upon release, but we have since pushed a hotfix and we are back to melting GPUs! If you have any great shots, send them my way.

The rest of the update (patch notes available here) was largely focused on small quality of life improvements (looking at you, server browser) and bug fixes.

While these minor updates aren’t super flashy, they go a long way in improving the day-to-day life of our game, and often contain initiatives driven by you as a community.

If there’s something specific you all want, keep posting, and I will see it. That’s not to say it’s guaranteed, but I guarantee I will at least pass on your ideas and we will discuss as a team.

This will be our first major release since December and I am very excited. Like we said in the past we are giving ourselves more time between releases to allow us to focus on polish. While some people are frustrated that they aren’t getting content as often, I think most of us would agree that improving the quality of our releases is an area that needed some improvement.

If you’d like to see what’s coming in 1.10, you can watch our reveal stream here[www.twitch.tv], follow along with our social pages (Instagram[www.instagram.com], Facebook[www.facebook.com], Twitter), or call me at home. I won’t give out my number, but if you have it, feel free to call me.

We will also be updating our Operation: Exodus website[sandstorm.game] as things are revealed on social media, so if you prefer to avoid social platforms, just check back regularly to that site.

Our next stream will take place on 1.10 release day, May 18th, at 2:00pm MST on www.twitch.tv/NewWorld. I will be playing some games with the community, so stop by, hang out, and play some games with us.


The new Community Associate starts Monday, so you’ll likely see them in the Discord or on the subreddit in the coming weeks.

I really hope their online name can not be as easily changed to daddy as mine. Right before I started this job, I knew it was my last chance to change it from fatherHank… we all make mistakes.

We will be creating a community survey in the coming weeks that should be coming out near the end of May.

We are leading off this month with a super in-depth guide to the weapon upgrades available in Insurgency: Sandstorm (sacrilicious__ on YouTube).

Did you do that? Yes you did. You really did it (mestari_tikku on Reddit) 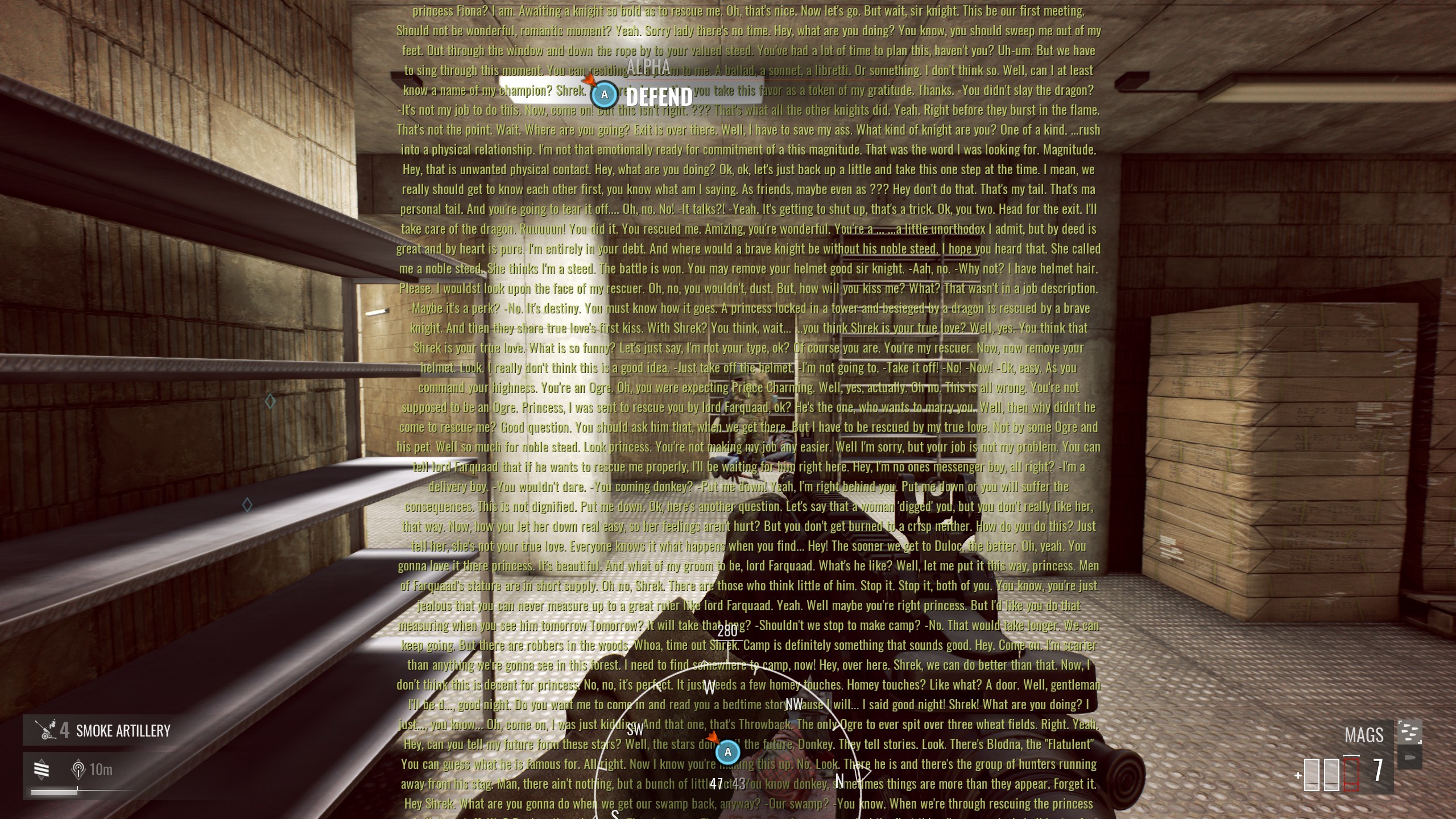 Although it's (sadly) been fixed, I have to shout out the dude who set the entire first act of Shrek as his in-game name. 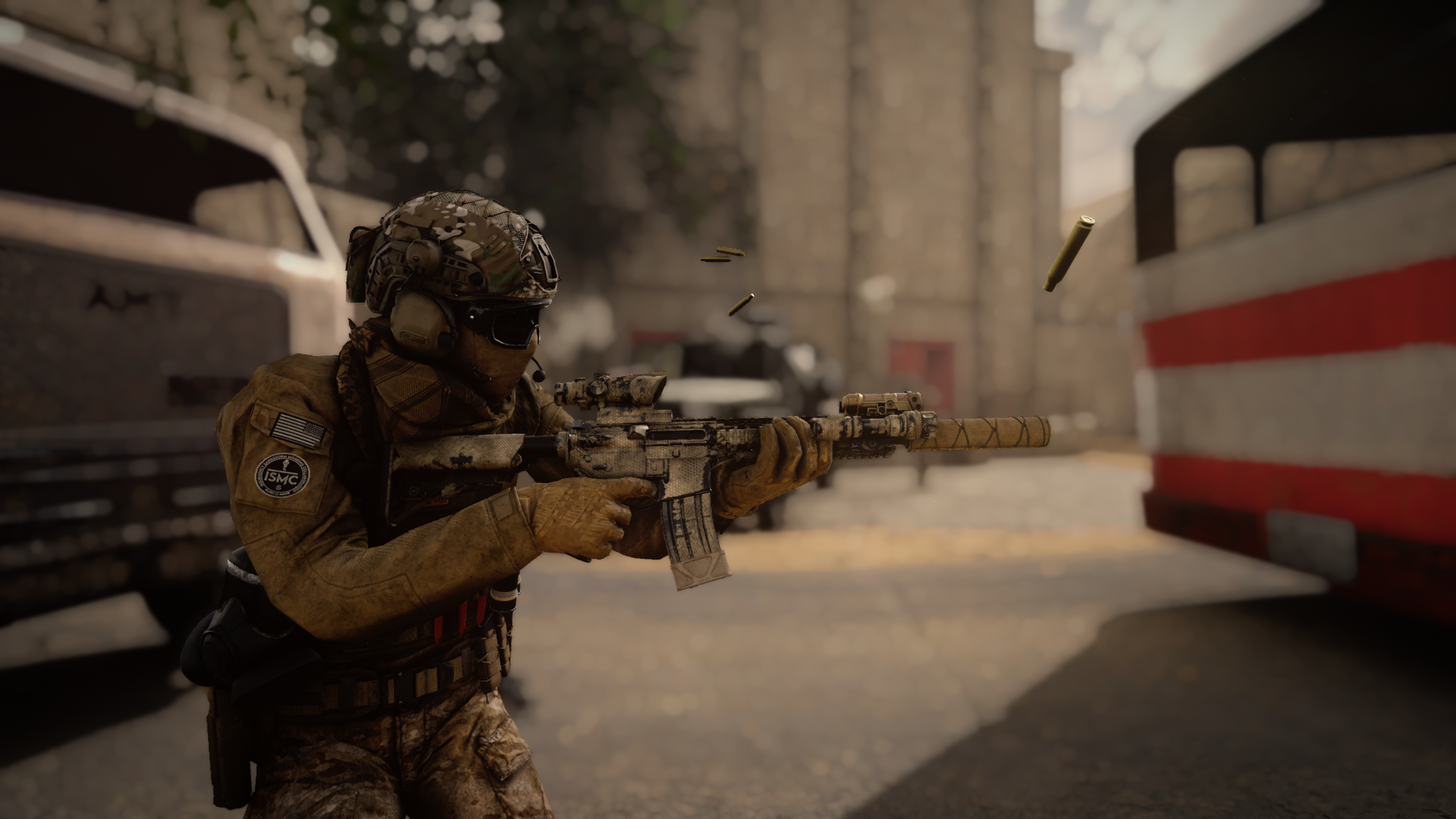 I just love this shot. Shout out to Electrical-Dealer-74 on Reddit (and ISMC[insurgencysandstorm.mod.io] for that matter).
Also, shoutout to Gat for the image we used for this post 📸

Next time we chat you’ll be rocking an MR 73, fighting past an ancient amphitheatre, and frantically grabbing random weapons from crates. Honestly, that sounds like a good month to me. 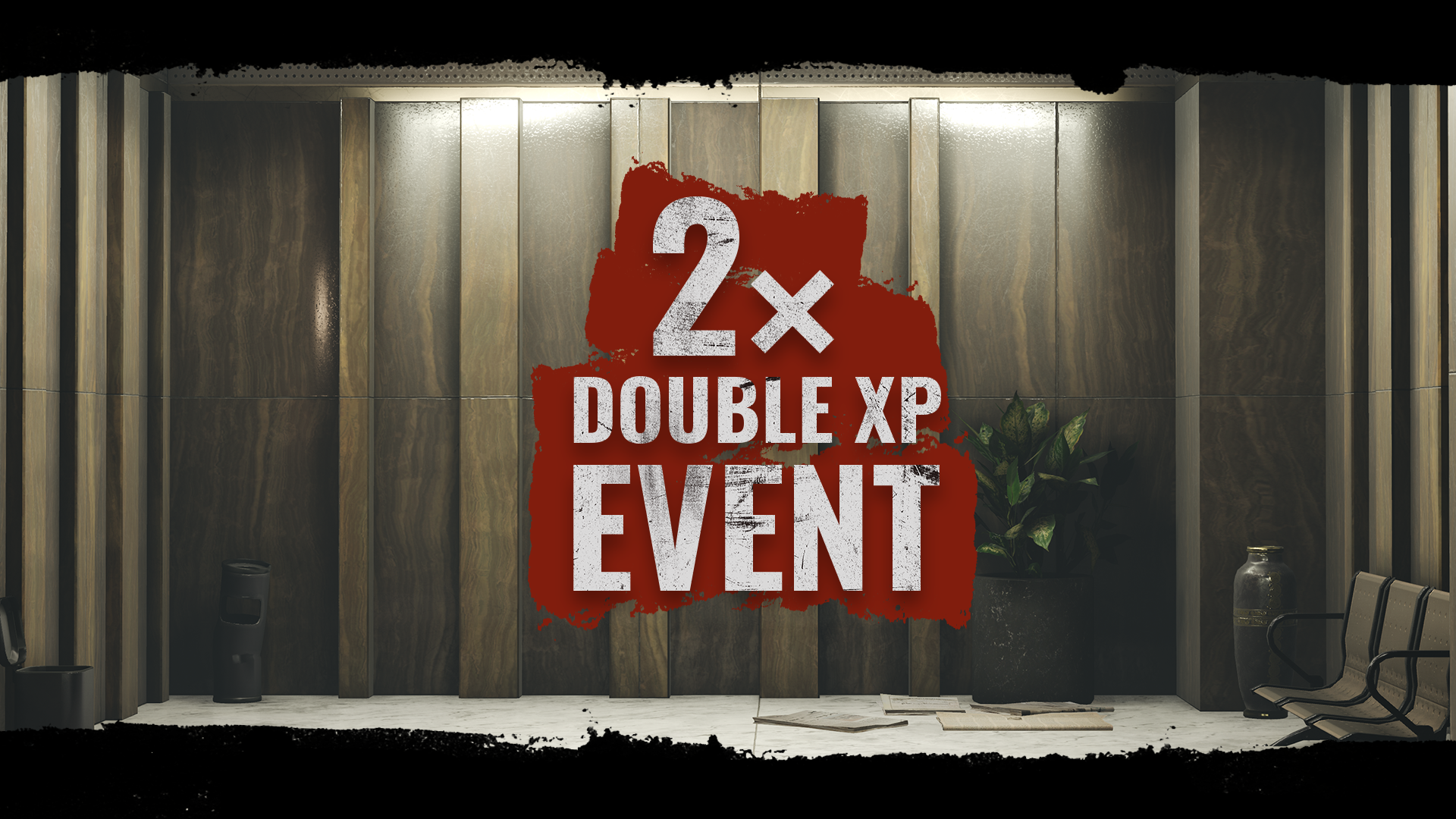 From now until Monday at 11am MST all playlists will offer Double XP!

Insurgency: Sandstorm
387
28
Its Civil War In Sandstorm Now
between casuals and veterans....
283

Pedro Álvarez
May 6 @ 10:12pm
General Discussions
For me this Game is dead :/
I love Firefight and I play only Firefight. I can't find a Server before 11am - 1pm. On Weekend its sometimes lucky with 11am but in week most time 1pm. That sucks :/ because the most time I can play at the moment is in the morning.
1

snickii ⭐
42 minutes ago
General Discussions
Ping issues..Fix your game
After this stupid update, my ping jumped from 60-80 to 200+. WTF? Don't you guys have any testing policy before rolling out the update? Don't ruin this game and piss off players. Fix your game!!
15

Recommended
482.0 hrs on record
Insurgency: Sandstorm is the Forza: Horizon of military shooters.
What do I mean by that? Well, it's not a hardcore simulation, like ARMA or the Gran Turismo games. But it also isn't arcade level shenanigans like Battlefield or Need for Speed. The game is very high lethality, and high recoil. An unmodified gun can kill just as easily as a heavily customized one, and the time to kill is as short as you can get; but the action is fast, and the controls are responsive.

Now to be fair, I only play co-op. I have zero interest in the e-peen measuring contest that is competitive PvP, those days are long since past (circa Day of Defeat: Source and CoD4: Modern Warfare). So if you want an opinion on the competitive aspect of the game, look elsewhere, I simply don't have an opinion on it. That being said, co-op allows for playing with friends or randos in a much more relaxed setting, that can still cause the adrenaline to pump when needed (i.e. being the last one alive while defending the final objective, you have a minute plus left to hold the point, and you're outnumbered a dozen to one by the opposing team of respawning bots).

Co-op is you, and up to seven other hapless goons, in a fight to move across a map by capturing (and maybe defending) or destroying various objective, opposed by a team of respawning bots that always outnumbers you. If you die, you stay dead until your surviving teammates can succeed at the next objective, triggering a team wide respawn. Rinse and repeat until the final objective, which needs to be defended for an extended period of time against an unending onslaught. Rinse and repeat across various maps until you get bored. That's the Checkpoint game mode in a nutshell, and it's what I play 99.9% of the time.

The weapon selection is great, containing the expected rogue's gallery of modern and retro firearms (Cold War era G3, FAL, M16, AKM, to the more modern AUG, M4, AK-74, FAMAS, and many more), while also including some notable pieces of downright archaic hardware (Grease Gun, Garand, Welrod, and the Mossin Nagant to name a few). The customization is rather robust, with a wide selection of optics and other hardware attachments. You want an M4A1 with a 2x holographic sight, a masterkey underbarrel shotgun, drum mags, and a supressor? Sure, you can be that guy at the gun range.

Matchmaking just works, but there is also a server browser and mod support for custom servers. I only play the vanilla game, but even at 3am and the game listing only ~1.3K people playing, I can get into a game in under a minute (and usually much quicker than that). You get in, pick your class, your kit (fully customizable loadouts with class restricted equipment, create as many different loadouts as you want), and get to work. Play aggressively, push forward, and complete the objectives with your team (and be careful not to shot them, friendly fire is a thing).

Also one last thing, the Security team's Commander can call in an airstrike from an A-10 Thunderbolt II (aka Warthog). It'll strafe the designated area, complete with the noticeable delay between the explosive shells hitting the target and the distinctive 'BRRRRRRTTTTTTT' sound of its 30mm GAU-8 Avenger rotary cannon being fired. It is the best part about playing Commander as Security (sorry Assassin and Cleric, still love you too). 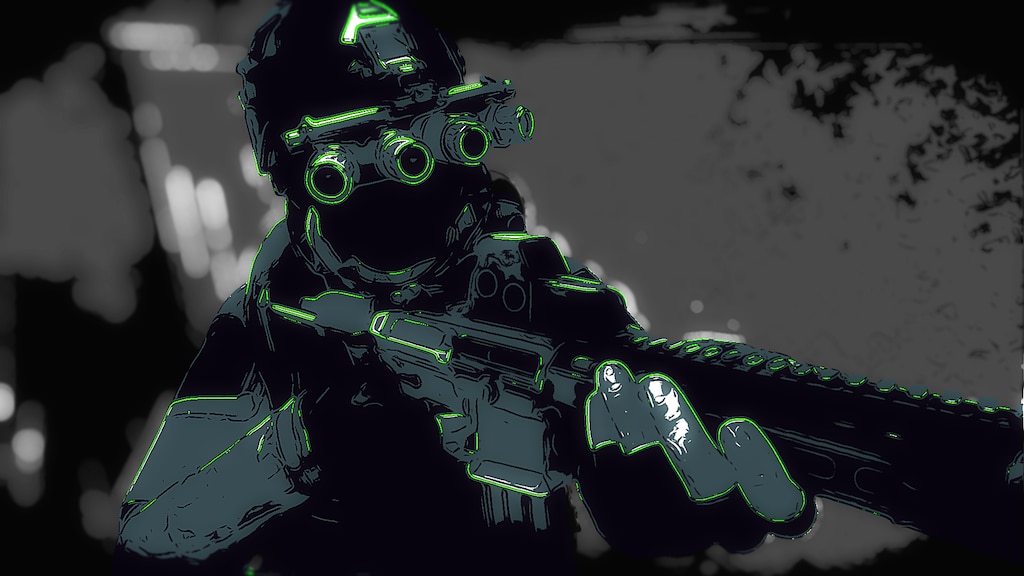 How to make good looking screenshots
This is a beginners guide in taking and editing screenshots in Insurgency Sandstorm using the replay feature. There are currently no other guides on this subject so it took me quite a while to figure it out. So I am making this guide to make it easier for ...
25 ratings

Shineberg
View all guides
I wanna buy this
....But is it worth without getting the DLCs? Or am i losing a lot if i dont buy the DLCs also?
14 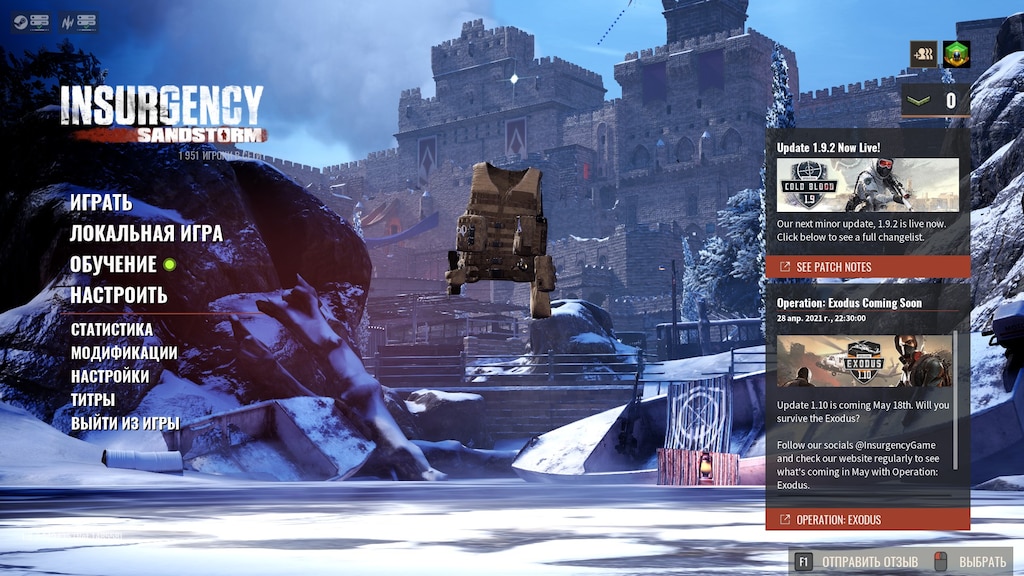 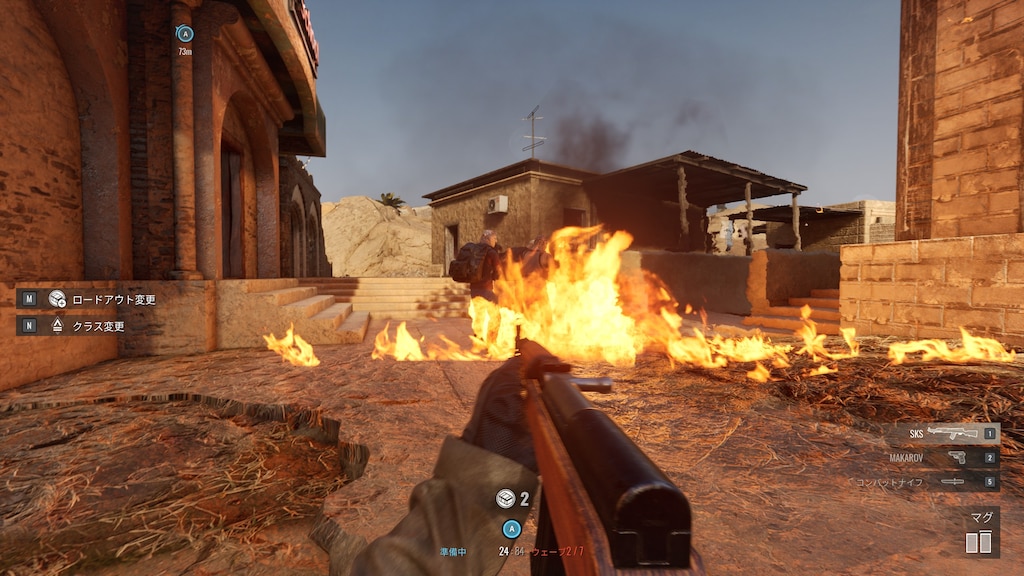 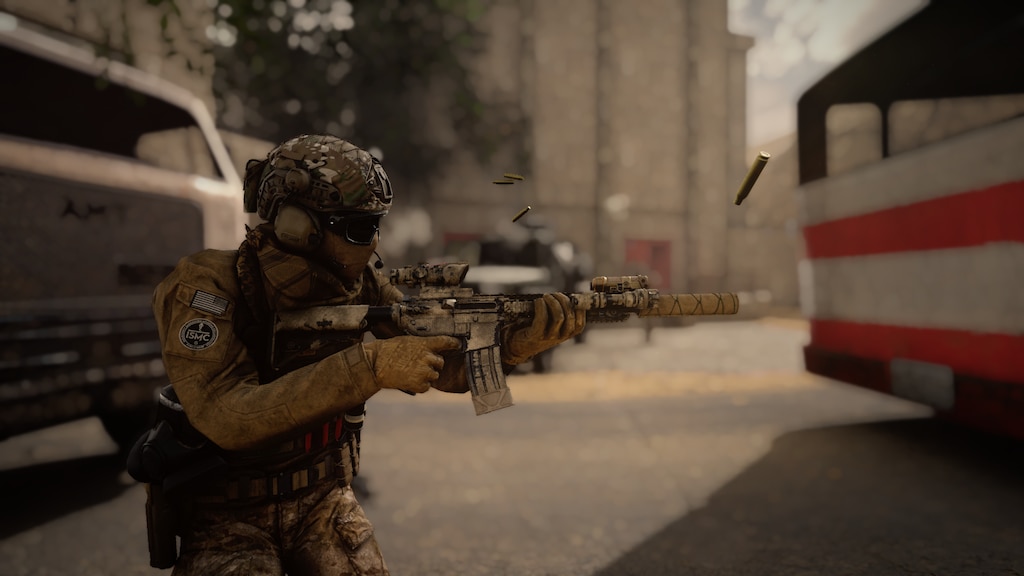 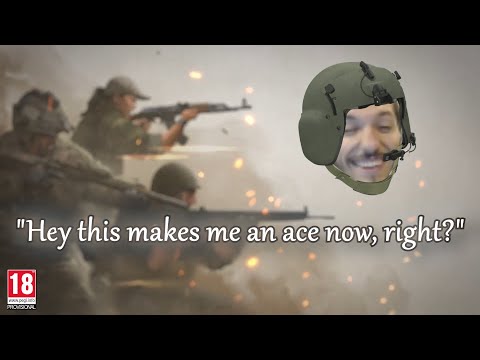 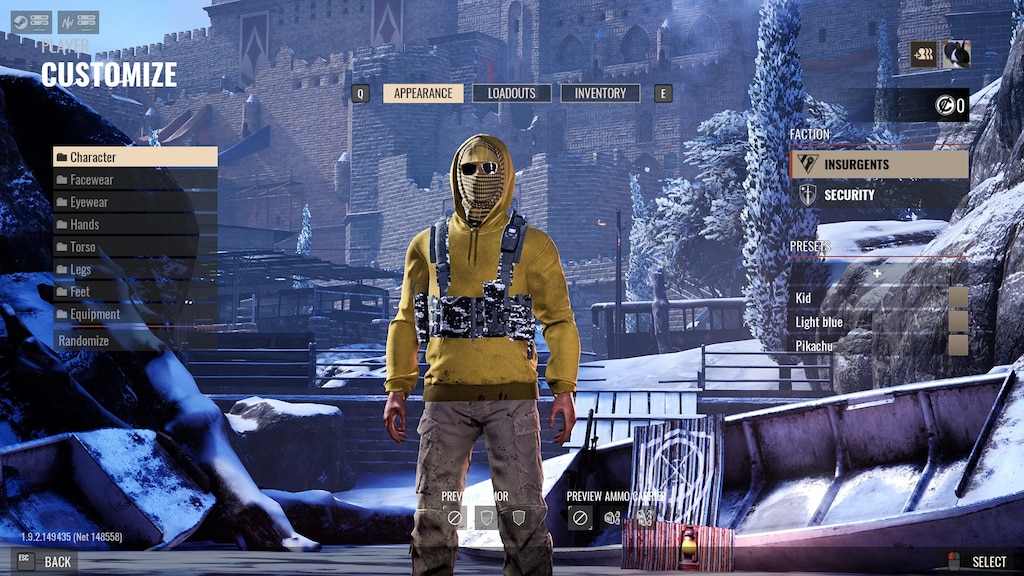 How To Be A Commander (Dwight D Eisenhower Edition)
A Simple Guide On How To Become An Effective Field Commander , This Guide Will Teach You What Kind Of Loadout , Armanents , Tactics And Formation Commander Can Utilized To Become Better In Combat. 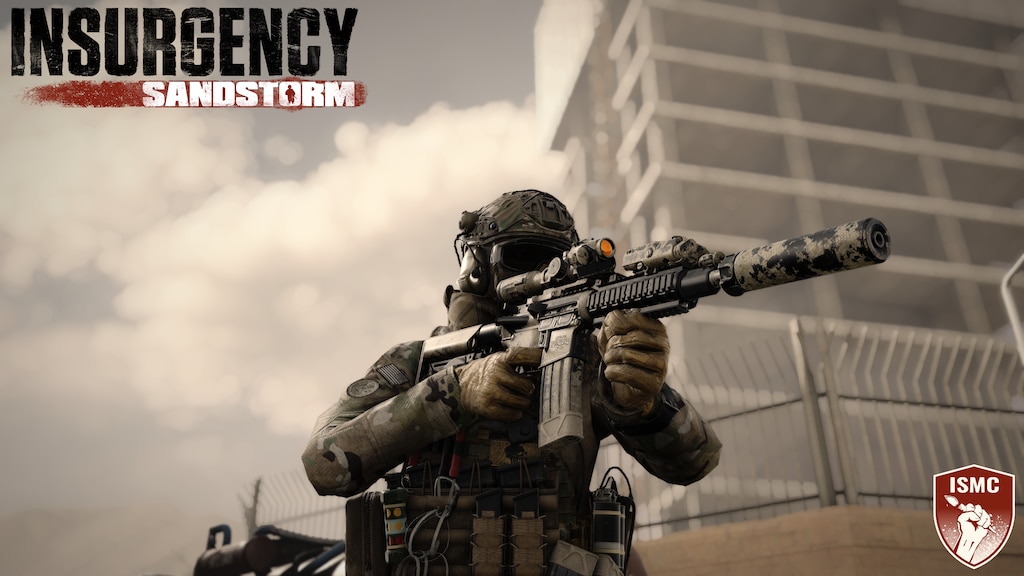 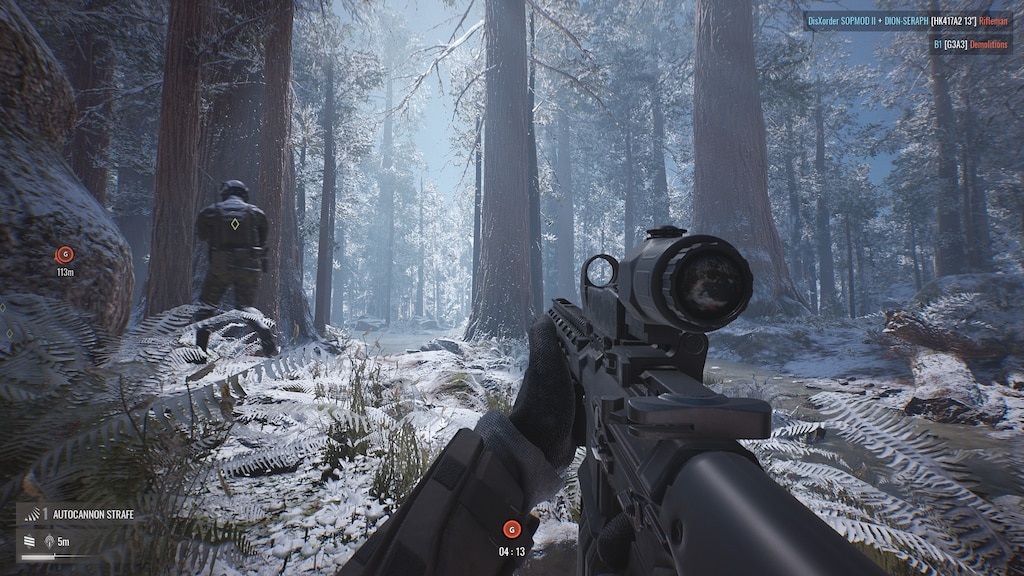 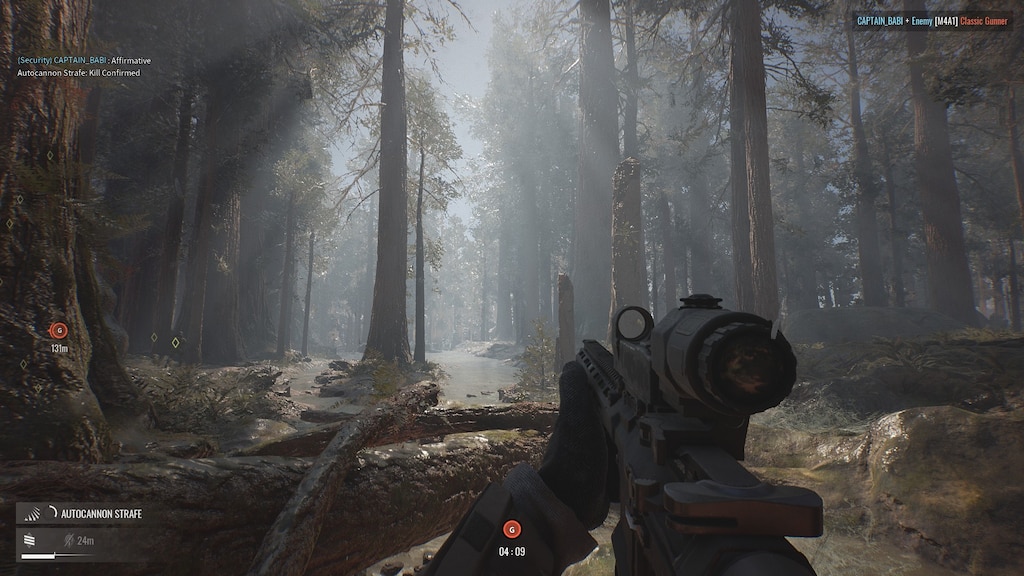 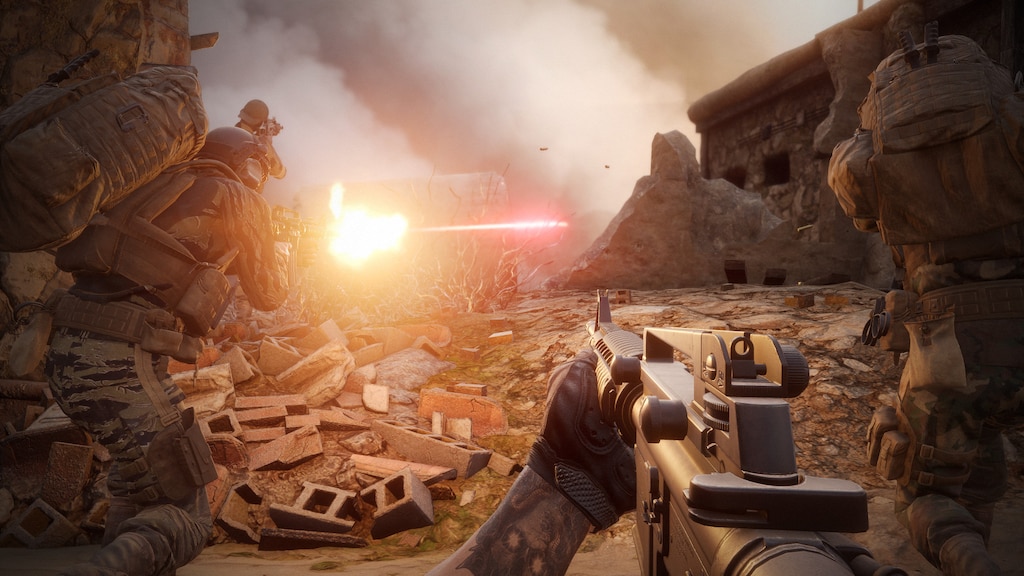 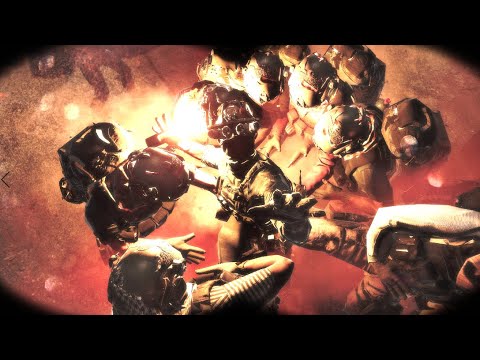 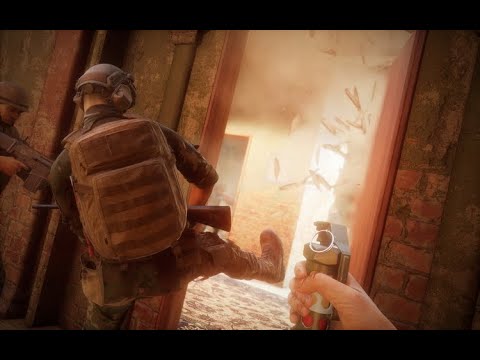 0
3
Insurgency: Sandstorm in a nutshell 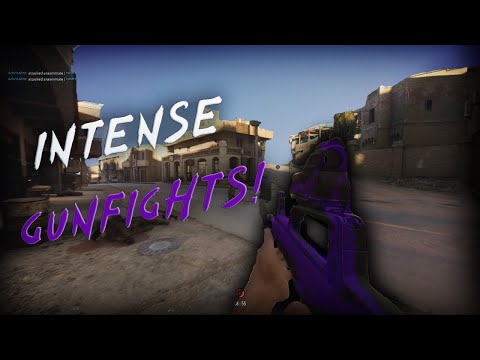 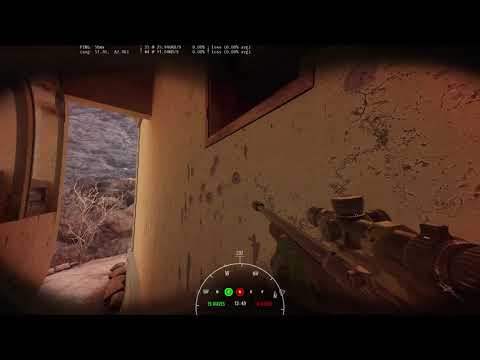 0
0
Insurgency: Sandstorm - Roadrunner vs Coyote (with a M24)

Are you tired of NVGs? Do you keep complaining about how chinese and bad they are? I have a solution!
I know some people already know its obvious but this is for noobs that don't know and don't like nvgs in game. Or peeps that don't know. Gamma is located in the settings which is in video. More the gamma, better your vision. Throw away your nvgs and becom...