[Other]
・Dialog box now appears asking to create new save data if save data fails to load.
・If move data is modified so the return move becomes incompatible with the data, it will be listed on the uninstall menu to avoid duplicates of subscribed move data.
・Fixed issue where item and item descriptions would become offset after deleting an item from the Uninstall menu.
・Fire Promoter: Match style for cross-promotion events now defaults to Promotion Style
・Fire Promoter: Fixed issue preventing you from exiting/cancelling certain menus.
・Fixed issue caused by receiving multiple packets in a single frame on the matching screen.

Activities Besides Grappling. A Visual Guide to assist you in learning more about playing Fire Pro Wrestling World.
While the timing based grapple system is the bread and butter of the Fire Pro series, much more than basic grapple attacks lie within. At time of release of Fire Pro World Early Access, I am a 21 year veteran of the series. My introduction to the series...
226 ratings

NJRon
View all guides
Wrestler entrance announcements
Anyone know any good Text-To-Speech apps (desktop or mobile) which I can use to add wrestler introduction announcements to their entrance music in FPWW? Been looking for a while, but can't find any apps which display enough emotion, even if I try tricking it with the way I am spelling names to get the best emphasis out of them!...
26

Use that R BUTTON! A quick guide to the often neglected "3D Walk" Button. Apron Grapples and MORE!
The 3D Walk Button (R button by default on most controllers) is an often overlooked tool with many applications. This guide is designed to teach you all the functions of the 3D Walk / (3D) Button.
145 ratings

A Guide to Fight Styles
What are fight styles? What do they do? In a madman's attempt to make sense of the hidden values in Fire Prowrestling, I try and explain it in text! Thank you to Jason Blackhart and LordMo for putting this info out on the internet.
95 ratings

FPWW: Basic Controls (Xbox 360 Gamepad)
Have you never played a Fire Pro Wrestling game before and you wondering why the computer is kicking ♥♥♥? Then check this guide out. It will describe how to perform grapples, strikes, and different actions like walking in and out of the ring, using weapons...
52 ratings

Save on AI: The Somnium Files, KATANA KAMI: A Way of the Samurai Story, and your Spike Chunsoft favorites during the Summer Sale!

Fire Pro Wrestling World
398
17
Warning subscribers about changes to edits
Like many creators, with the release of various DLC, I saw an opportunity to improve my edits and make them unique, crafting strange and wonderful custom moves and parts for them. The issue here is that those who subscribe to my edits won't have any way of knowing I've made these changes, and they will no longer be able to use my edits unless they specifically know to subscribe to the relevant connected items. Of course, there are ways to remedy but not solve this: - putting an advance warning of changes...
10

[Other]
・Miscellaneous bug fixes.
・Fixed issue in online mode where matching conditions with Player 3 and Player 4 were not handled correctly.

Fire Pro Wrestling World
45
4
[MOD] ModPack for 2.0+ - Last Update: 07/01/2020
A collection of mods that is the spiritual successor to the ModSuite. You can always find the most recent and up to date download link in my Discord. If you need support, please use the Discord, my visits here are not incredibly frequent and this is mostly just an update thread for the convenience of people who don't want to frequent the Discord for information. For a full list of mods included and brief descriptions, you can load the .dll in up in the PWGR patcher. Installation instruction are the same ...
957 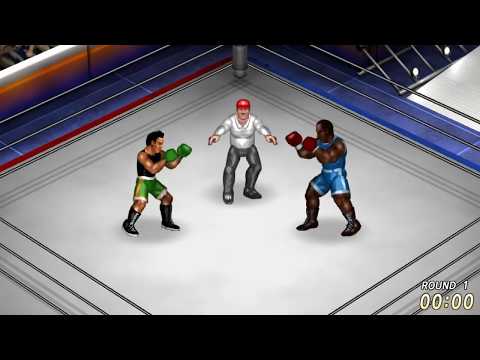 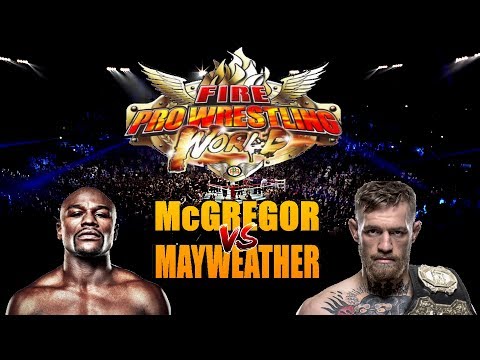 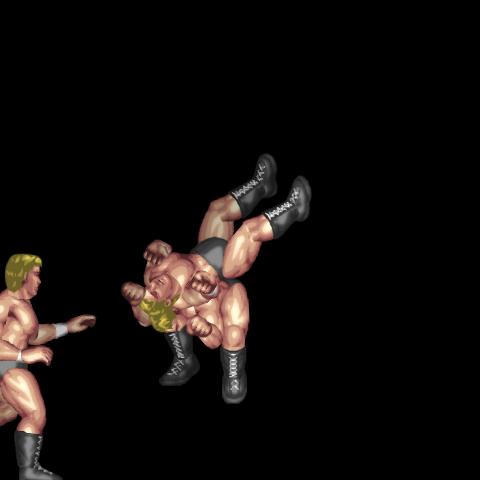 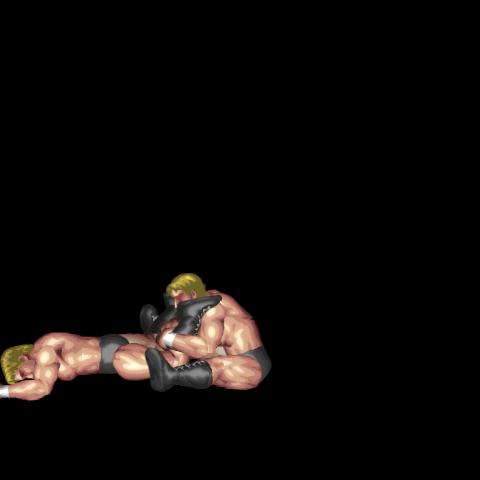 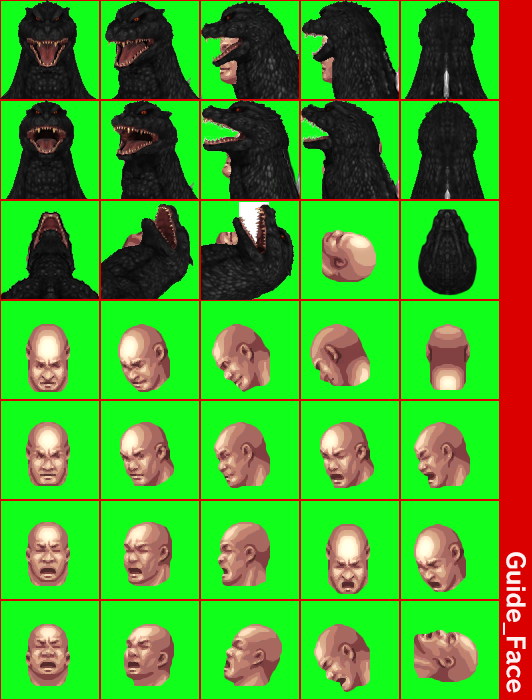 Striking Tips and Tutorial for Beginners
Striking can be quite difficult to wrap your head around in the Fire Pro Wrestling Series. So this topic comes up a lot with new players for understandable reasons.There is quite the learning curve however the rewards are amazing once you get the hang of i...

Recommended
481.3 hrs on record
Let's get this out of the way first. If you are looking for graphics comparable to real life, like the WWE 2k series if it wasn't a buggy mess, then this probably isn't the game for you.

If graphics are not your top concern, then you have probably found your wrestling game.

Once you get the hang of the control scheme and the way the matches flow, you'll be having exciting matches that are very close to what you would see if you went to a live card. Upsets, squashes, finisher kick outs, ref bumps, tag partners breaking up pins, it is all here. Its great for a match against a friend, and perfect for booking your own promotion. Which leads into....

Want to have Hulk Hogan wrestle the Fiend? Go for it. Ric Flair vs Kenny Omega? Sure thing. Bruno Sammartino teaming up with Stan Hansen to wrestle Private Party in a texas tornado match? If that's what you want to do.

While licensed wrestlers from New Japan and Stardom are available with the DLC, the create a wrestler system is incredibly deep, allowing you to create incredibly realistic CAW's. With the new DLC, they've released their move creation tools making it even more customizable. At the moment, in the Steam workshop you can download a competent CAW of just about every wrestler from the past 50 years. And the creation kit doesn't stop with wrestlers. You can create referee's, ring aprons and the mat itself.

Carlzilla's mod suite adds a ton of enjoyment to an already great game. Just wanted to point that out.

If you want something that looks like what you watch on Monday and Friday nights, then you probably want to be dealing with WWE 2k's bugs.

If you want a great wrestling game however, this is the game you need. This is as close to perfect as you can get. 470 some hours in I don't play as much as I used to, but I'll be booking my fantasy New Japan for the foreseeable future. 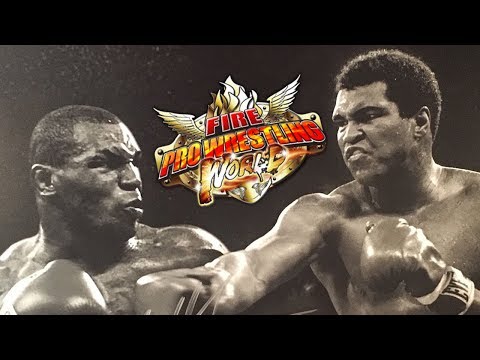 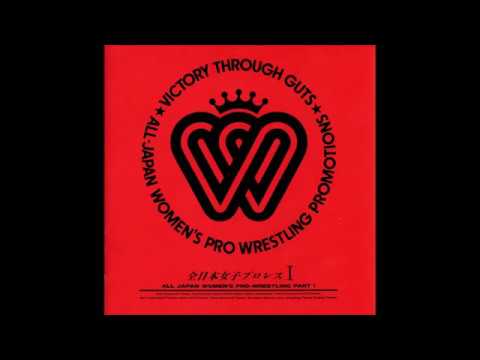 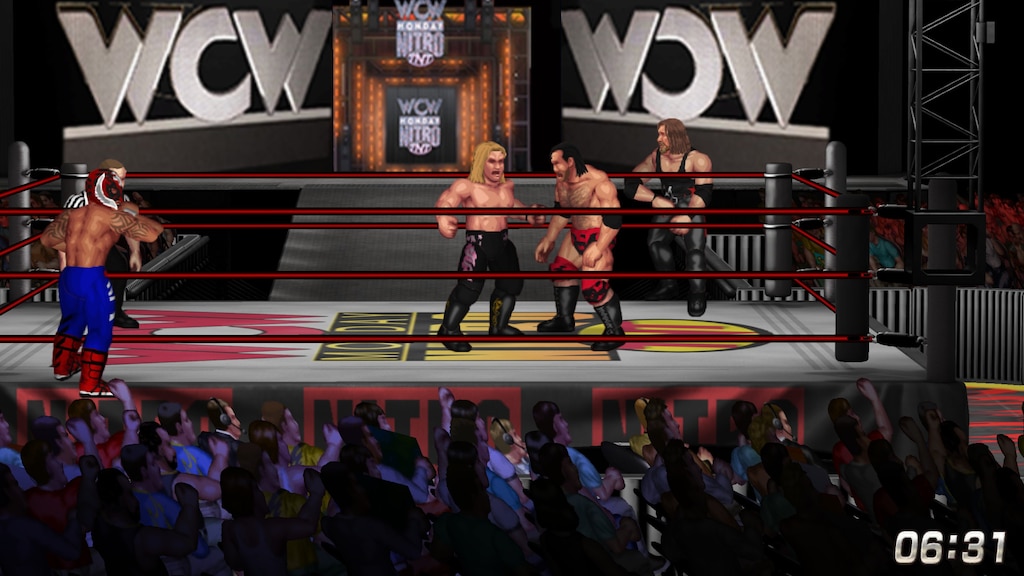 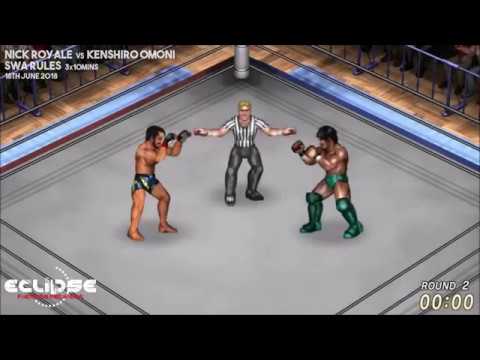 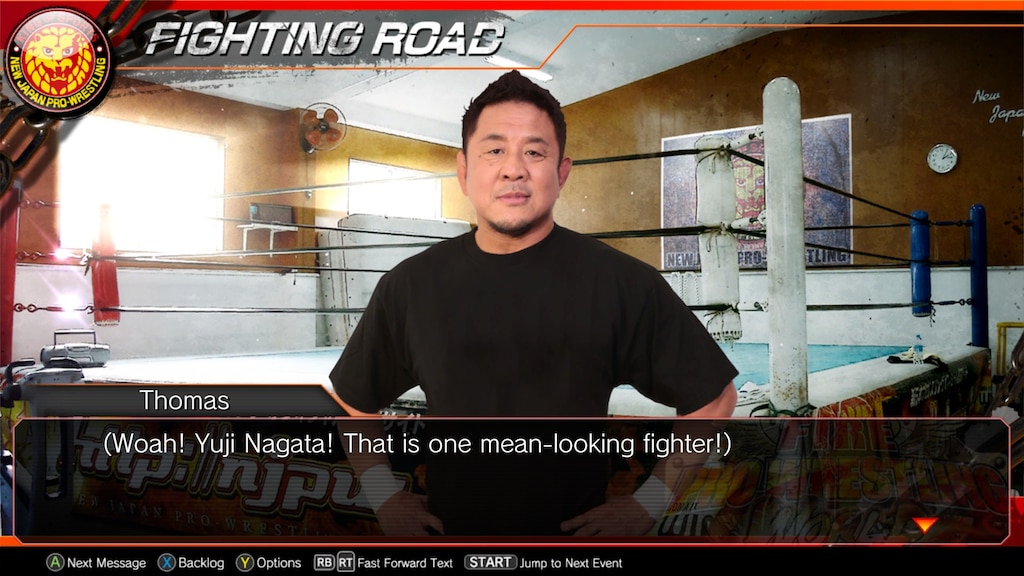 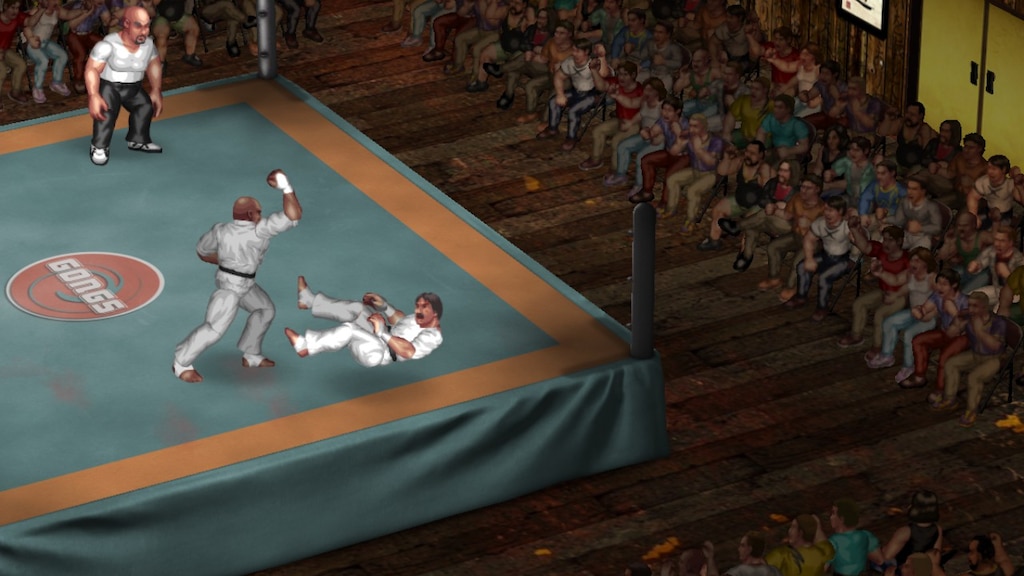 0
0
But ultimately gets KO'd for his troubles! 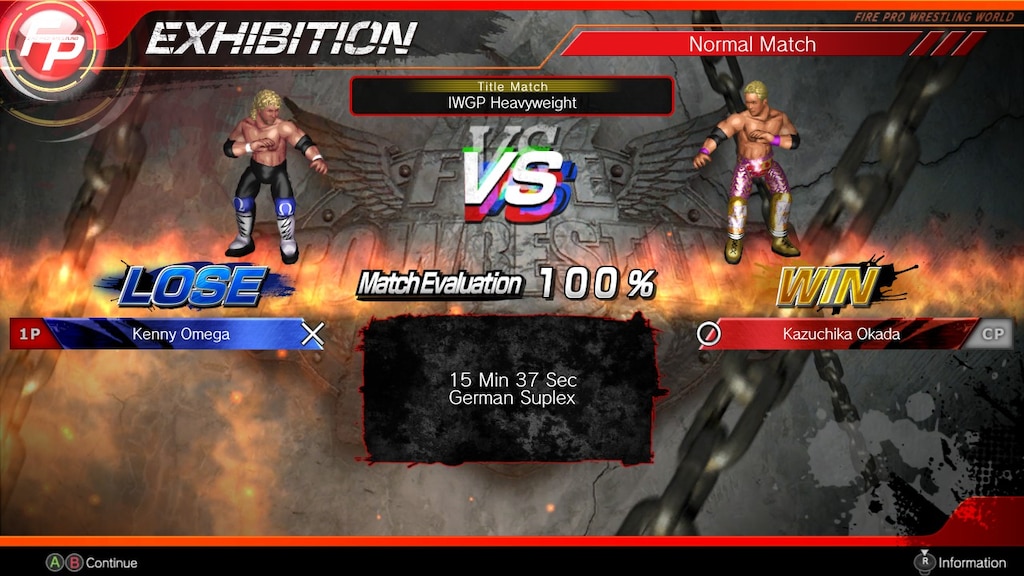 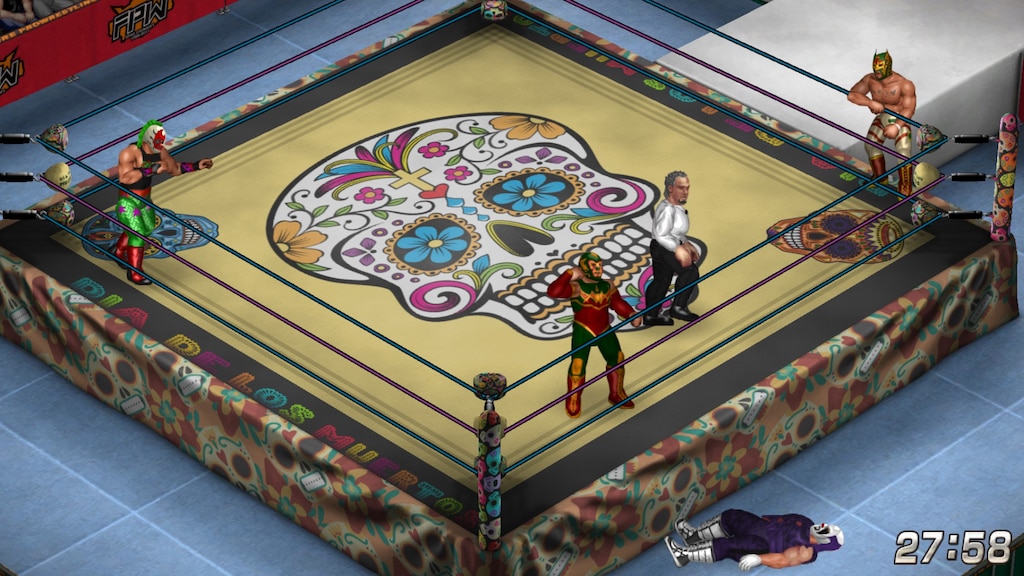 0
0
Dave the Clown Gets Tossed from the Ring by Doctor Dorado in a Wild Tag Team Match in Mexico!

Recommended
76.8 hrs on record
The best wrestling game on the market today. Endless possibilities with mods and customization. Download or create thousands of edits, create your own promotion and your own fantasy match-ups. If you are a fan of wrestling or just damn, good fighting games you should own Fire Pro Wrestling World!