Battle through an onslaught of mystical backwater cultists, possessed militants & even darker forces as you attempt to discover just what lurks beneath the Earth in this retro FPS inspired by the '90s legends.
$19.99
Visit the Store Page
Most popular community and official content for the past week.  (?)
DUSK 2021
May 2
WELCOME BACK.
In our never ending quest to keep updating DUSK until the end of existence... we come to you today with an update to the current game... and a look at what's yet to come in the Year of Our Eldritch Lords 2021

First off, let's go over what's in THIS small update we just pushed.

Finally, you can delete your DUSK saves in-game. Sorry it took us 3 years to add this feature. There's also neat new icons so we don't have to localize the words SAVE / LOAD / DELETE into more languages! 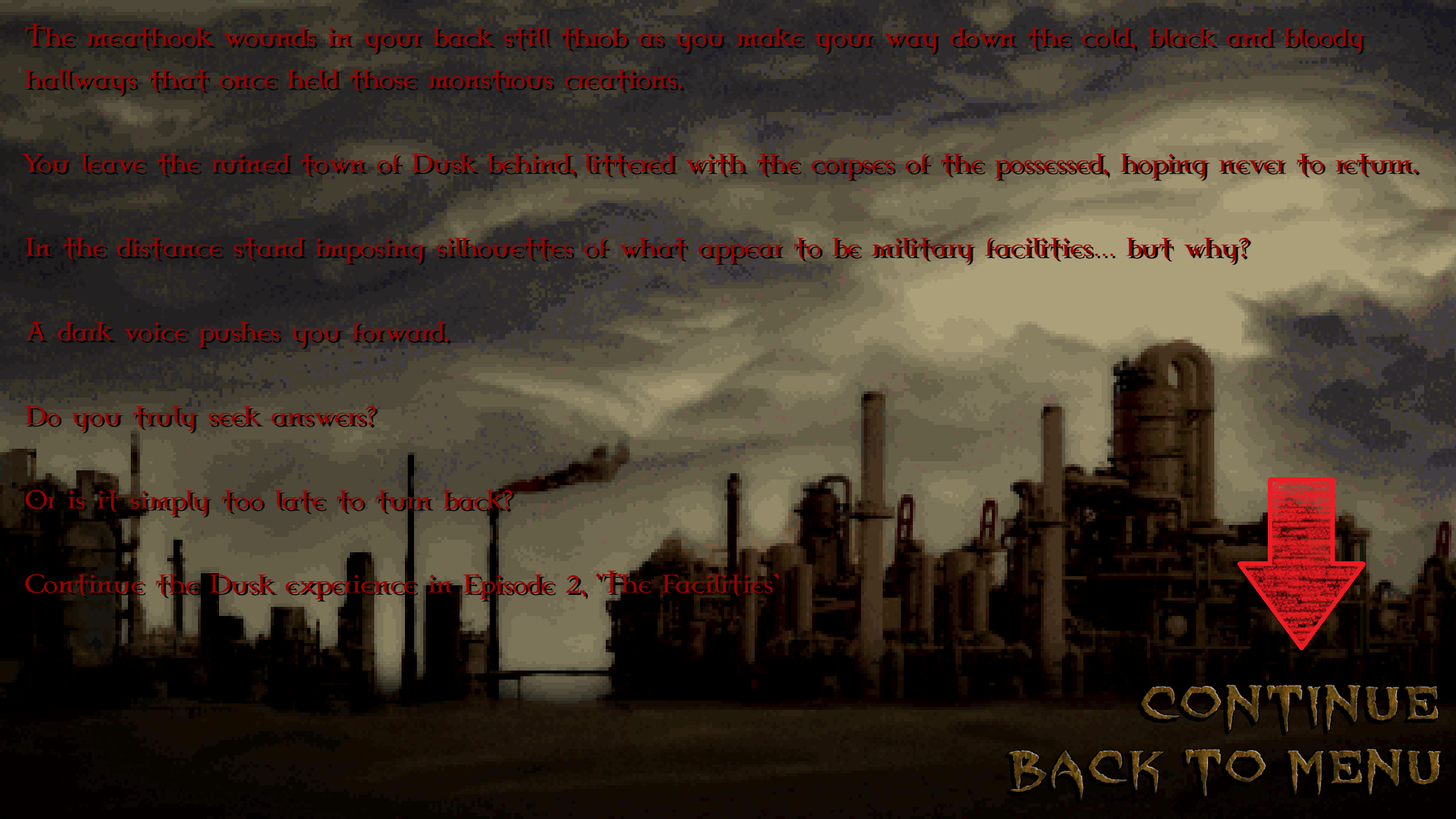 As you may remember, DUSK was released episodically throughout 2017 / 2018. So in order to start a NEW episode you had to go back to the main menu after you beat every episode.

Well NOT ANY MORE. Now you can play right through all 3 episodes of DUSK without ever having to stop!

Go on, try it... taste the continuity.

For when you want to start a level with MAXIMUM firepower. But less button clicking.

So that's what in the game NOW.
However...

As part of our Switch port (which is totally almost finished we swear) we've completely redone the world map and loadout menus to be easier to read and navigate with a controller, keyboard, mouse and eyes.

And when we release those versions of the game?

We'll be simultaneously bringing the features from consoles (like that new world menu and the weapon wheel) back to the PC version.

As well as the Classic HUD we've shown off and been promising to you for so long. 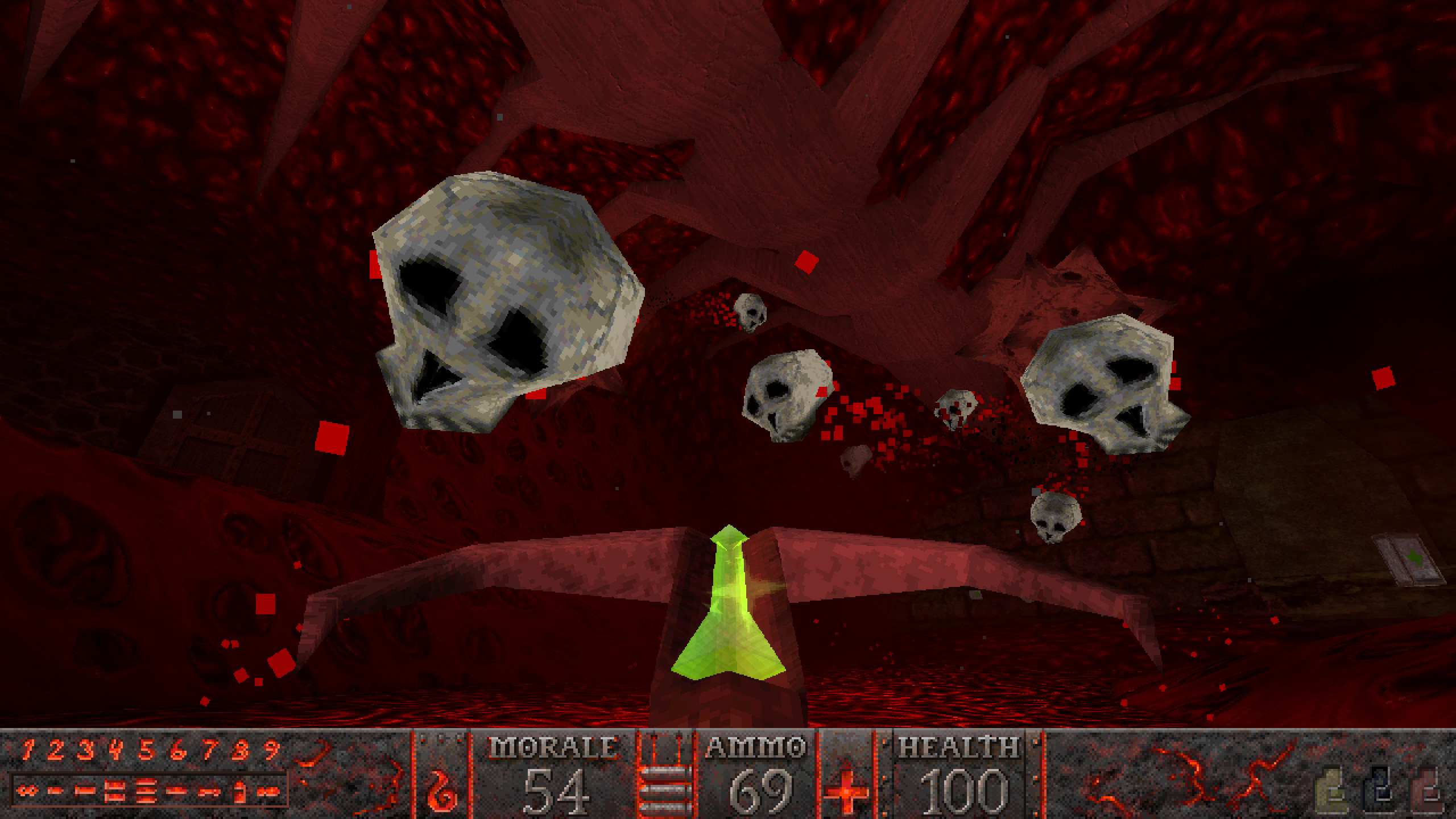 I think we already told you this but anyway... yeah!

So look forward to it... SOON™
The final version of the DUSK SDK (and Steam Workshop) with full support for new enemies, weapons and literally everything else is still on its way. (With co-op to follow later)

Because we basically rebuilt the entire game to be 100% moddable at this point.

And for those of you who aren't waiting for Steam Workshop support to get into DUSK modding?

Don't forget to check out the latest at https://dusk.mod.io/ 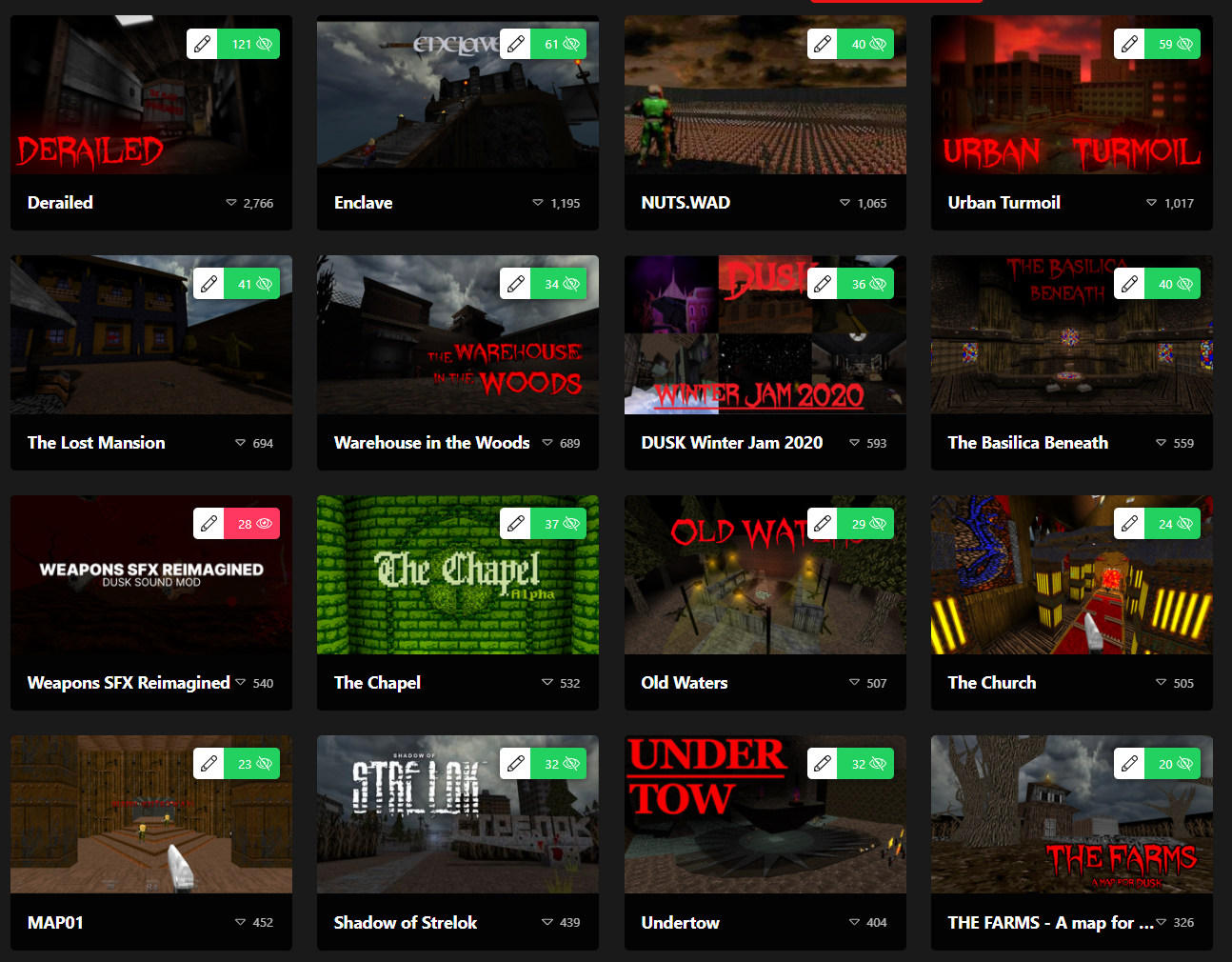 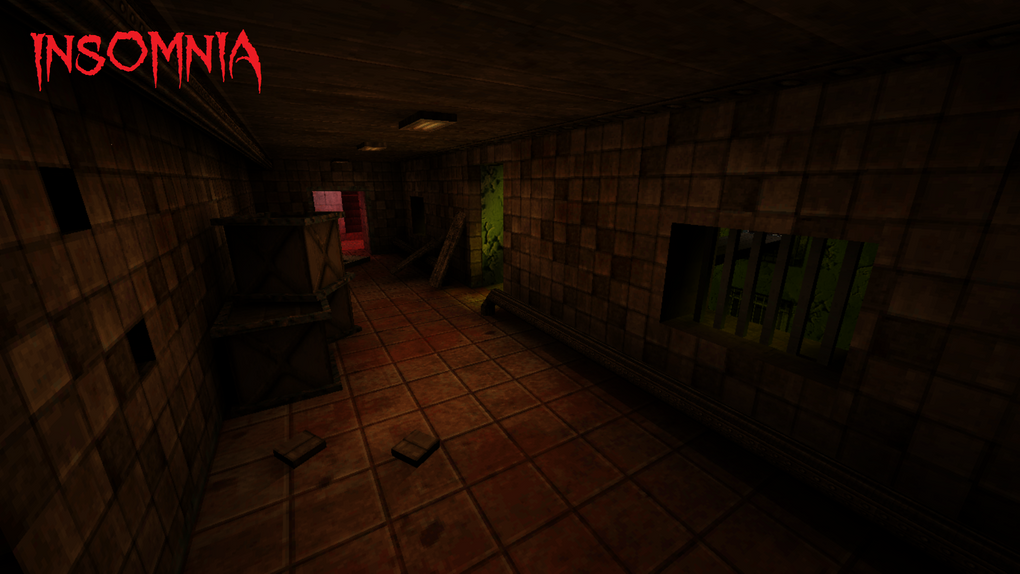 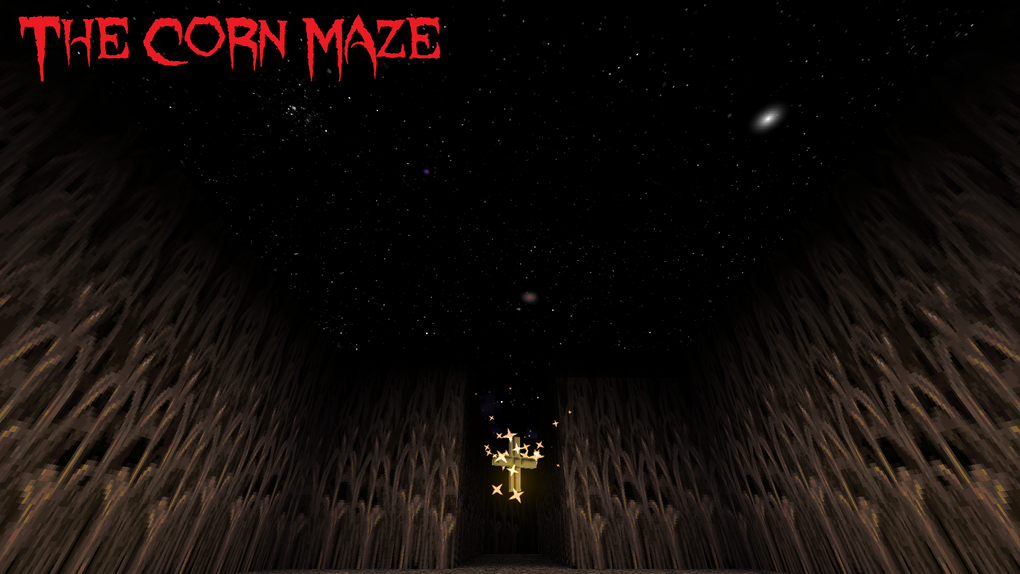 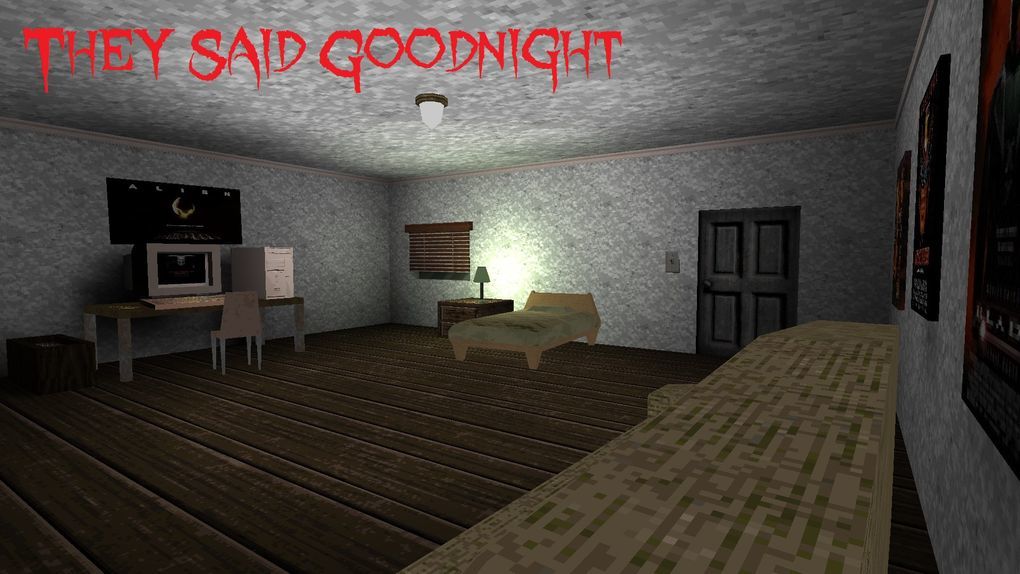 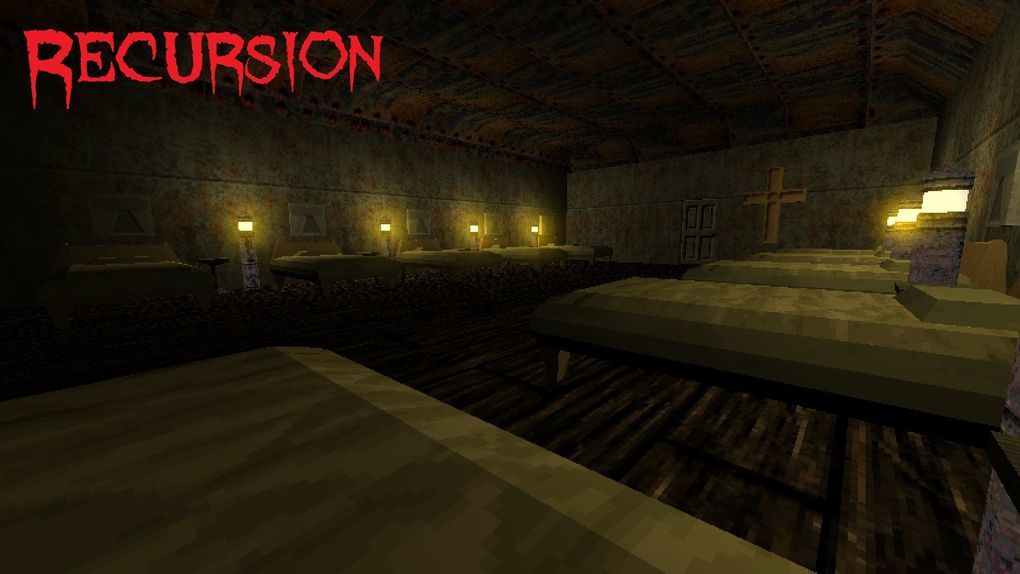 Besides DUSK itself, you may have noticed that we recently announced an 8-Bit DEMAKE called...

Inspired by puzzle classics like Sokoban and Chip's Challenge, DUSK '82 makes the world of DUSK even MORE retro.

It started as a fun little side project for David but has turned into a full on game with 30+ levels + a built in level editor.

A game that we'll be releasing and bundling in some way for you all SOON™ so be sure to give it a Wishlist, Follow and let us know if you'd buy a Game Boy Advance version. We're not kidding.

In addition to selling DUSK and DUSK accessories, David and Dillon continue to work on their next flagship game Gloomwood, which hopefully you know all about by now...

As well as the latest Dread X Collection of 7 short FPS games which was directed by David!

Now sure all this GAME content is great. But how about some new colored pages from the upcoming finale of the DUSK Graphic Novel? by Jacob McManamy 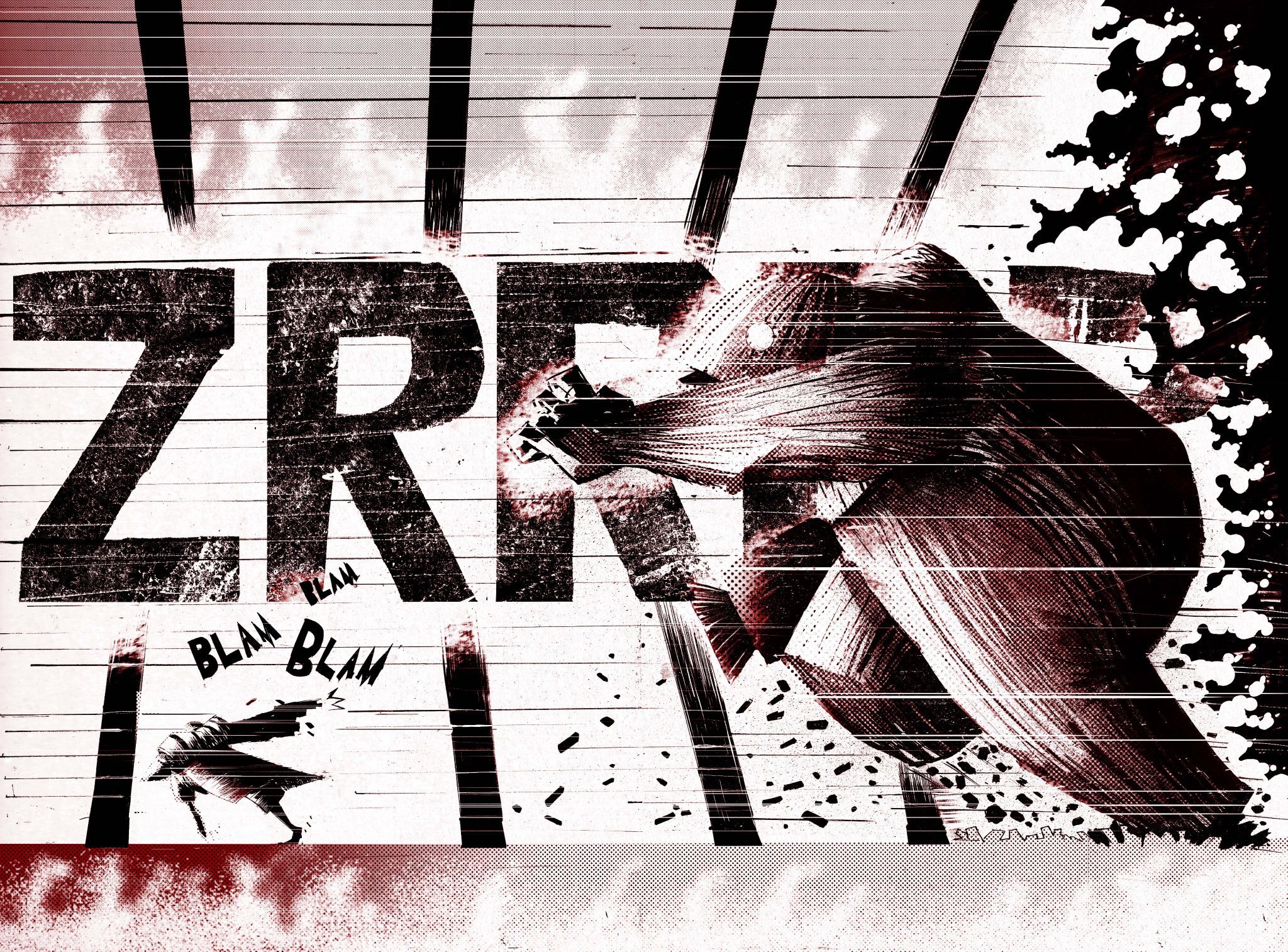 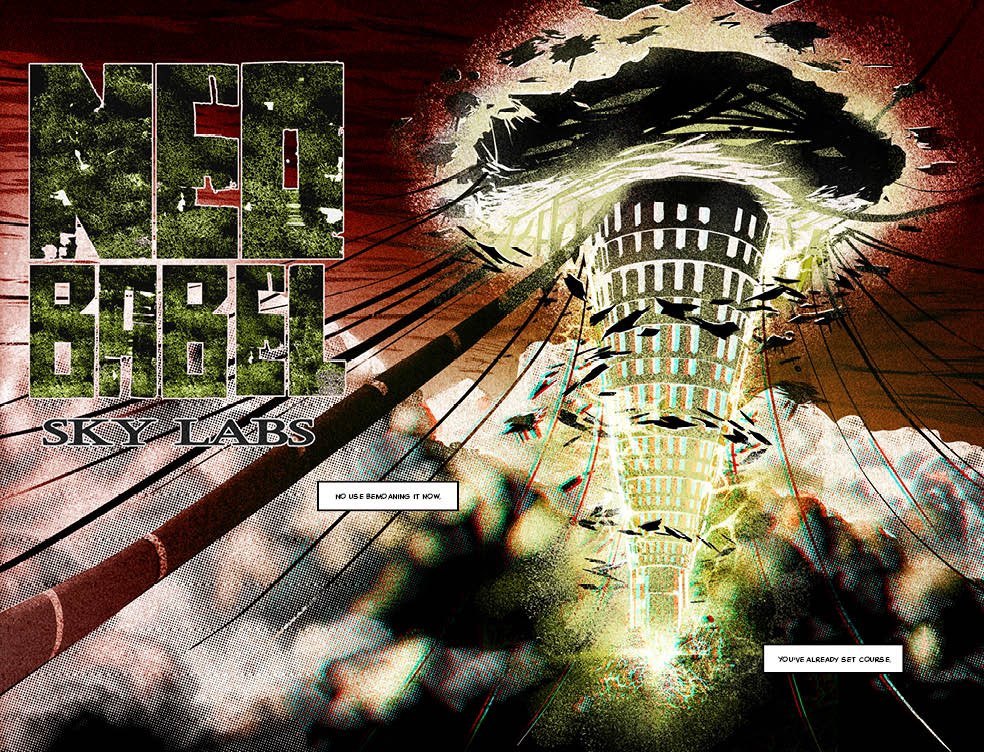 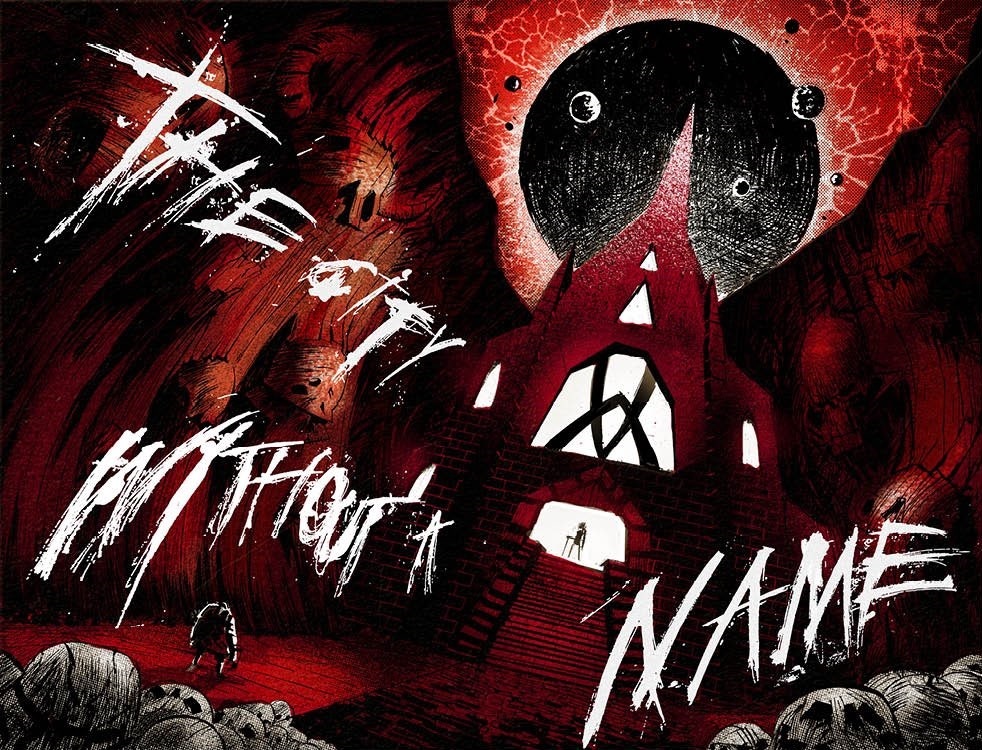 You know this thing is over 200 pages now?

I guess we're just going to have to make a HARDCOVER version.

Old Merch? BACK IN STOCK.[newblood.games] 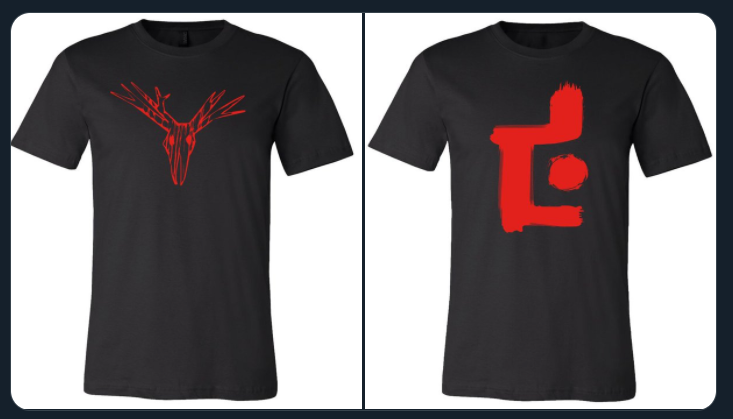 That's all... for now.
We love that we get to keep working on DUSK and letting more and more people experience a better and better version of the game year after year so thank you as always.

We've said it a million times and we're going to keep saying it...

THIS... IS ONLY THE BEGINNING. 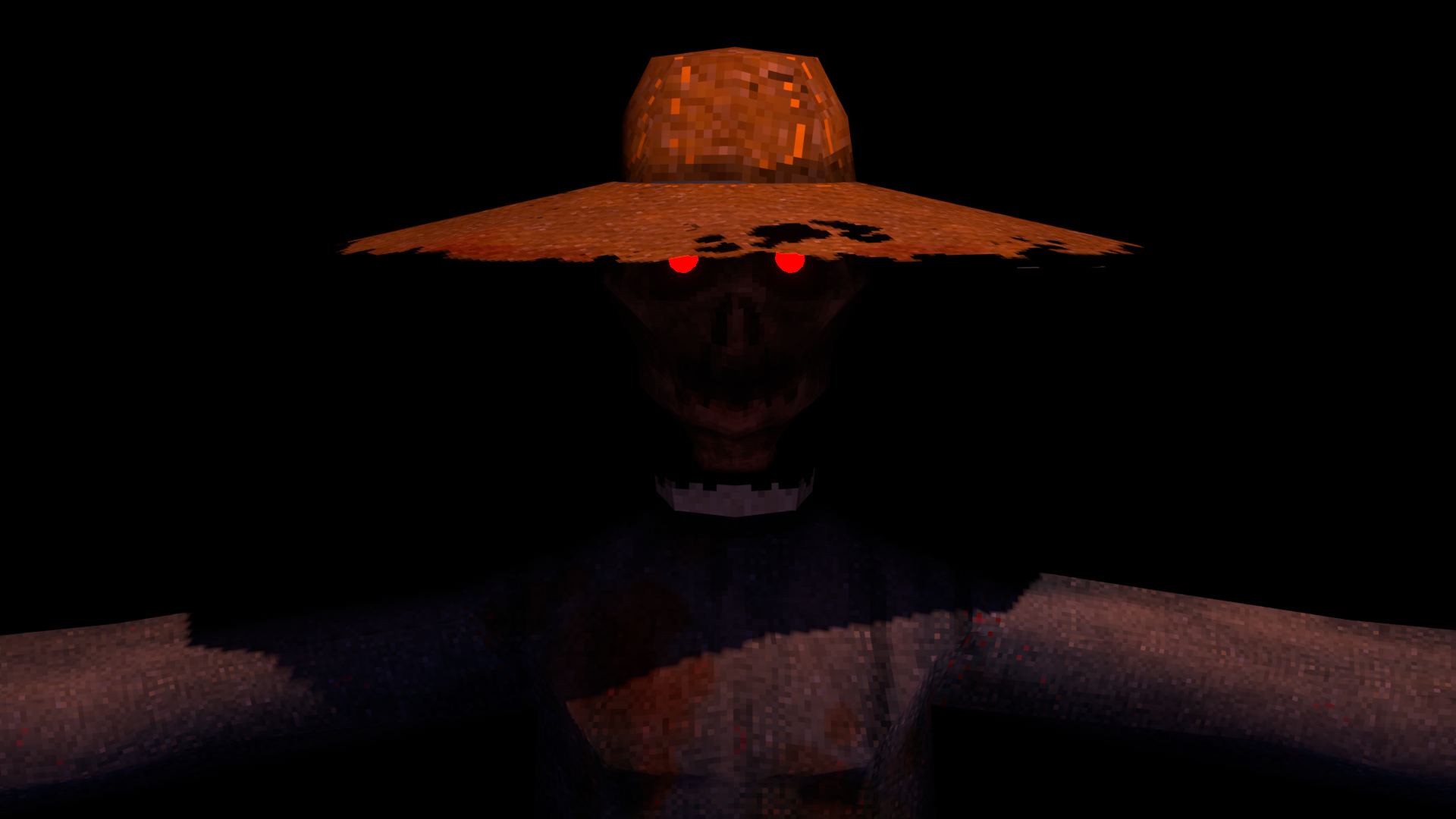 Retro FPS Games on Steam
A complete list of all the true Retro FPS games available on Steam. I use these lists for my own reference but I'm happy if it helps anyone else too. I thought DUSK would be a good place for this guide due to DUSK players being fans of the true Retro FPS g...
708 ratings

Lord Bork
View all guides
Intoxicator LITERALLY Crashing my PC
I have no idea why or how because I am bad at PC stuff but the Intoxicator literally makes my PC reset itself. I'm still new to the game so I am not sure if there are other foes that may cause a similar issue. I am lucky that I could get past him without my PC crashing on my 2nd attempt but now I am replaying the level for 100% and it crashed twice already. Any suggestions? I'm worried that this might damage my PC in the long run if I try to brute force it and constantly making it crash/reset....
6

Light
View all guides
Can the SDK run Quake II engine maps?
Super hyped about the new SDK, I can't wait to see what can be done with it! Once I saw that it supports Half-Life and Quake maps it made me wonder if I'd be able to run any of the maps from Kingpin: Life of Crime in it. If not then I really hope support is added later down the line!...
1

Sgt Stacker
20 hours ago
DUSK
How often do you "save scum"
I notice there are no checkpoints in the game like the old shooters. Do most people periodically save their game? If so, how often?
34

The Prop Hop
One simple trick to breaking your favourite game.
147 ratings 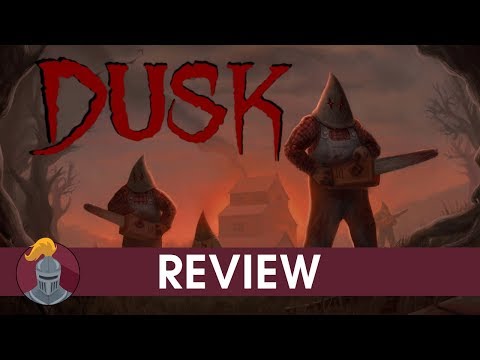 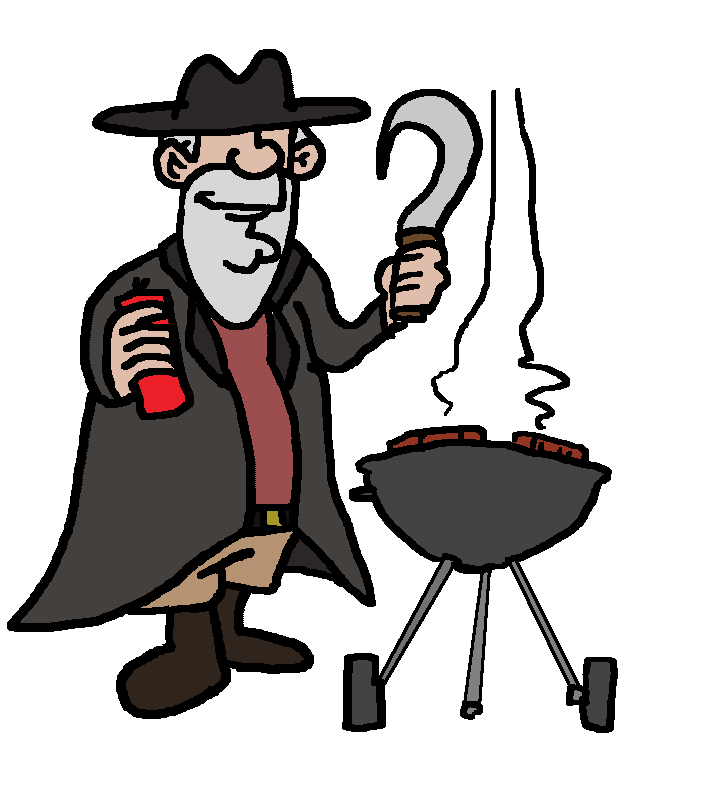 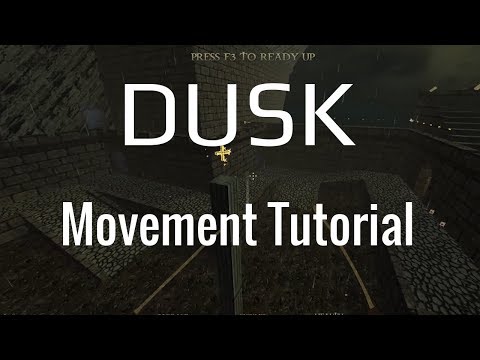 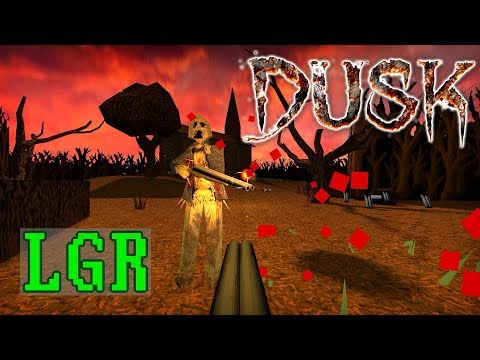 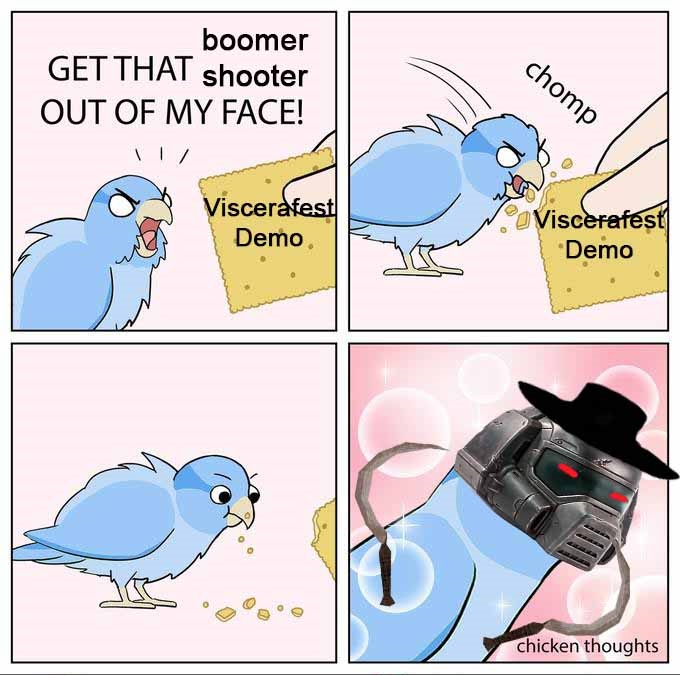 0
0
Possessed Soldier having his own fun

Recommended
8.3 hrs on record
I'm giving this game a thumbs up because it was made with passion and you clearly see the amount of polish it was put into its levels and gameplay.

However the way the gameplay/levels are designed, makes it into a mindless shooter in terms of difficulty/challenge. In most levels, you'll have the opportunity to corner-peek. Which is very boring, there's only a 'handful' of sections that aren't like that (like the 2nd to last level). Some parts you're even encouraged to do so with enemy placements and cover.

I mean come on, why should you be able to do this in a boss fight?
https://youtu.be/1l1ALyYDRIo


You have options to experiment with the gameplay though, which can make it more fun. If you're aggresive you have the option to bunnyhop, bunnyhop sideways, walk sideways faster, crounch/crounch-slide which are really nice movement options.

The arsenal is also pretty satisfying and enemies can explode into gibs with explosive weapons. There is a crossbow weapon which goes through anything.

I also really liked the art-style of the game.

If you don't mind a mindless shooter, then you'll like this. But if you're looking for a more challenging game that requires more from the player - then you'll be disappointed. 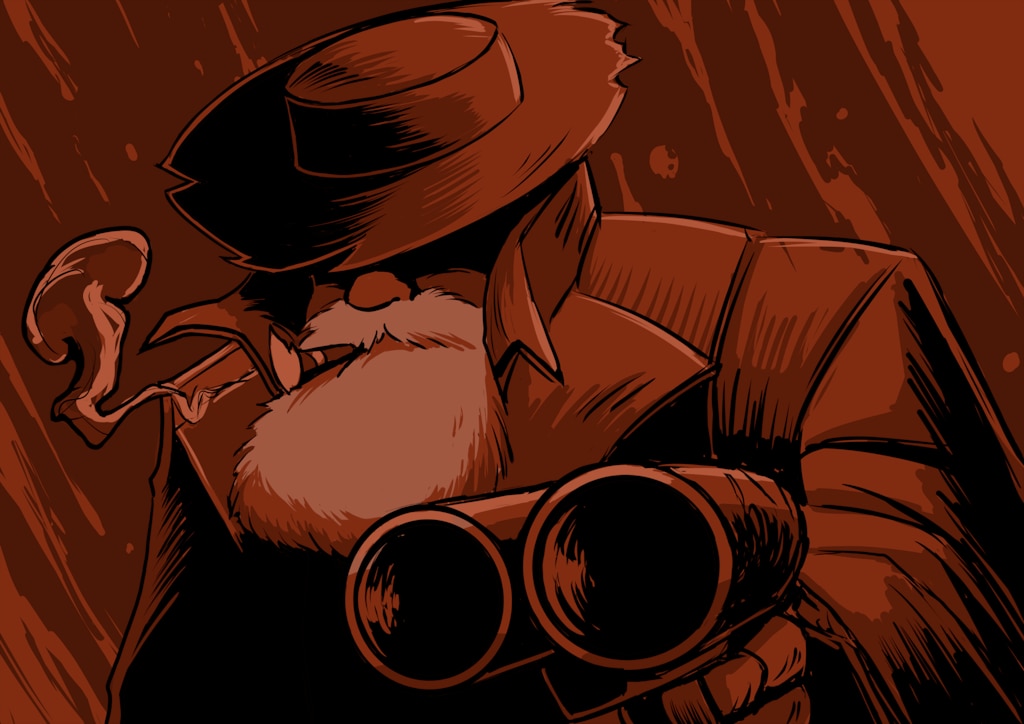 Recommended
10.9 hrs on record
One of the weirdest experiences I have ever had playing this game because at first I didn't even know if I like it or not. There's nothing wrong with the game or it's mechanics but it starts off as kinda mundane and nothing really special. But the more you get into the game and understand it's mechanics, the better it gets as well and I ended up absolutely loving every single bit of it. Definitely one of the best "throwback" shooters if not even the best and also highly recommended for everyone who just wants to play a fresh and new game as the likes of Quake and Blood.

Oh and because everyone has to mention it, the music is absolutely fantastic and one of the best soundtracks ever if you ask me. It's punchy, it's raw, it's atmospheric as hell and it's even dynamic and changes to fit your current situation. There's definitely a lot of influence from Doom 2016 and the legendary Nine Inch Nails soundtrack of the first Quake and is absolutely on the same level as well. Also funny enough the guy who made it, Andrew Hulshult, also made the soundtrack for the Doom Eternal DLC because fans kept asking for it.

Recommended
22.2 hrs on record
intro
This one slided into my top fav games. If you enjoy the likes of The Ultimate Doom - don't even think and get the game. I went on for a completionist route while playing(messed up a bit in some maps but whatever), that's why I have 21-22 hours though the game is much shorter, but that's not a negative thing- the gameplay duration is quite optimal imho. Finding secrets was quite enjoyable- you get a better understanding of where they might be placed at as you continue to progress through the maps, so the game does not give you an impossible challenge at those. Music was spot on, it's another memorable thing from the game.
umm
I'm a sucker for retro-pixelated graphics so visuals were an art bliss for me, most of the maps were quite memorable due to their level design and aesthetic. It did get a bit dull into mid-episode 2, a few maps there felt a bit lacking and stale- visually they felt too empty and exploration of the map did not feel as engaging as those that were before or after. But as I said just a few maps were like that, so that was not a big deal as there are 33(3 of them being secret)maps in the game. I wish there were more variation in mob types, new enemy types do get introduced as you progress and there's actually almost enough of them but I'd like to see more due to my selfish cravings^^ Oh and the multiplayer side is a bit dead, I did not expect much out of it but still.
>>>.. . .(*-*).. .<<<
anyways, 10/10 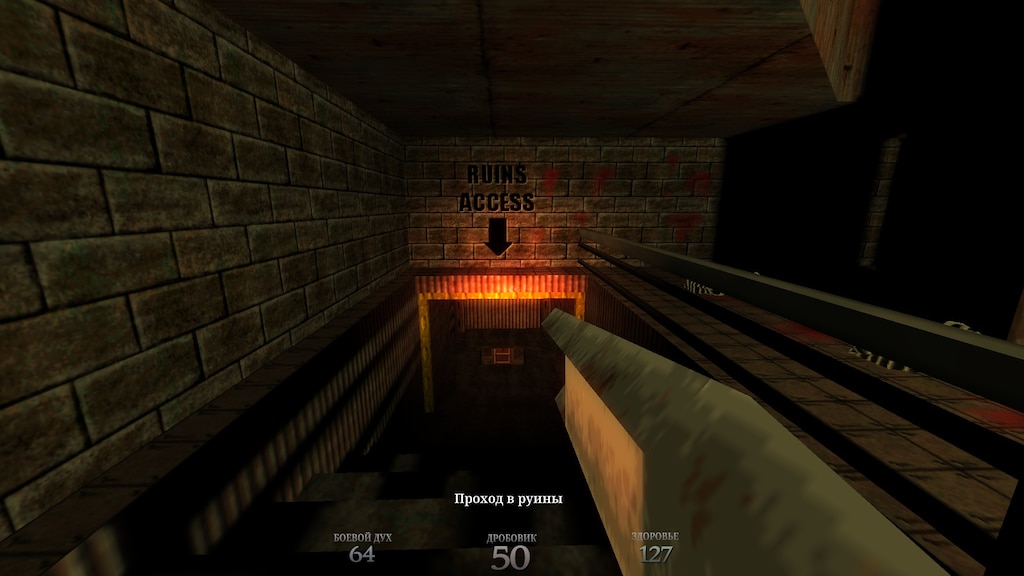 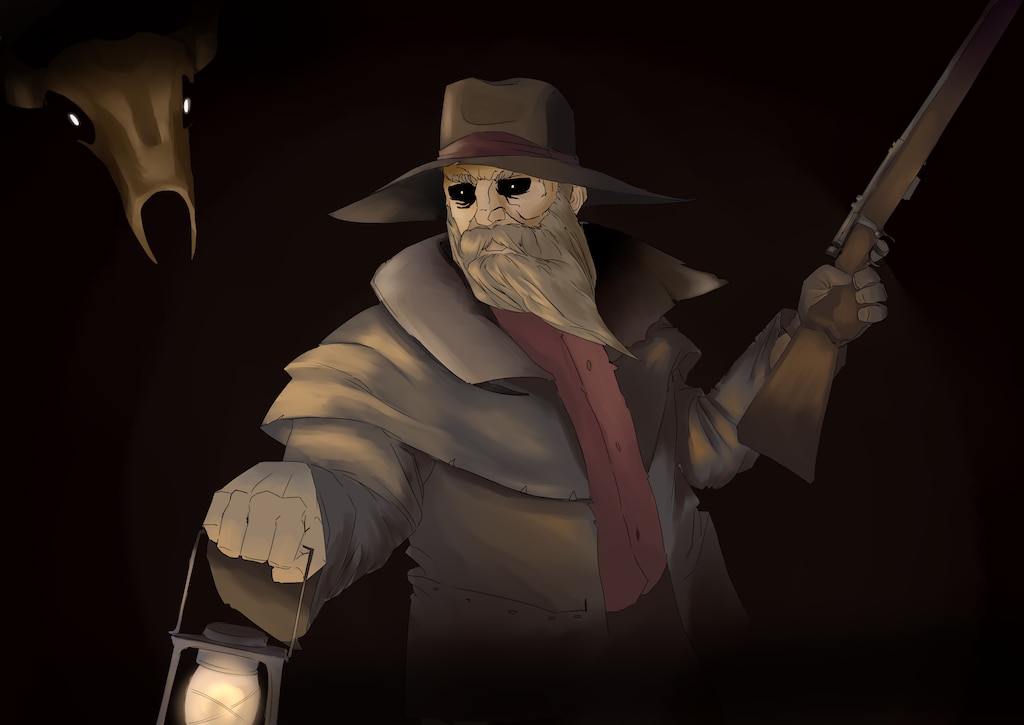 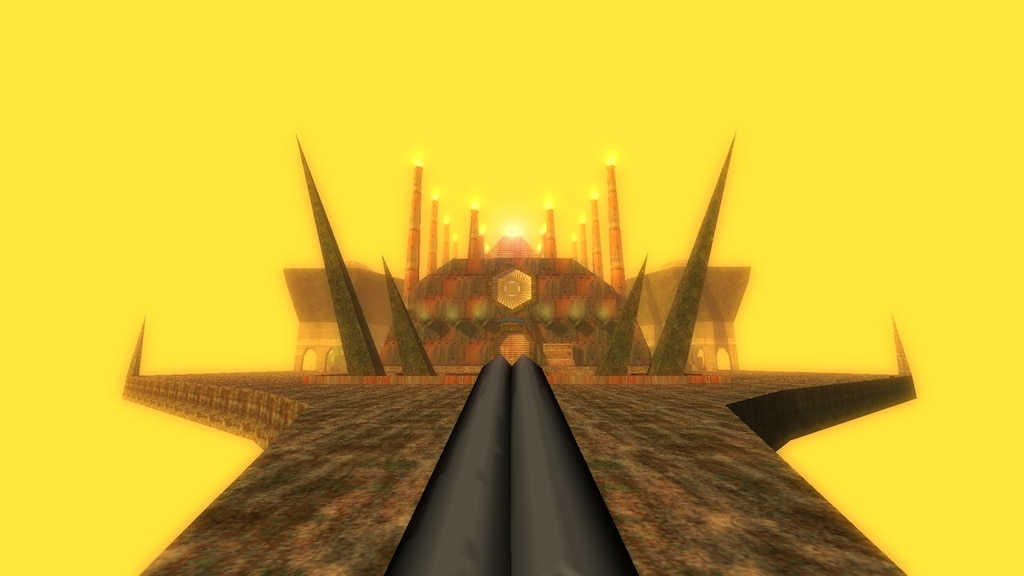 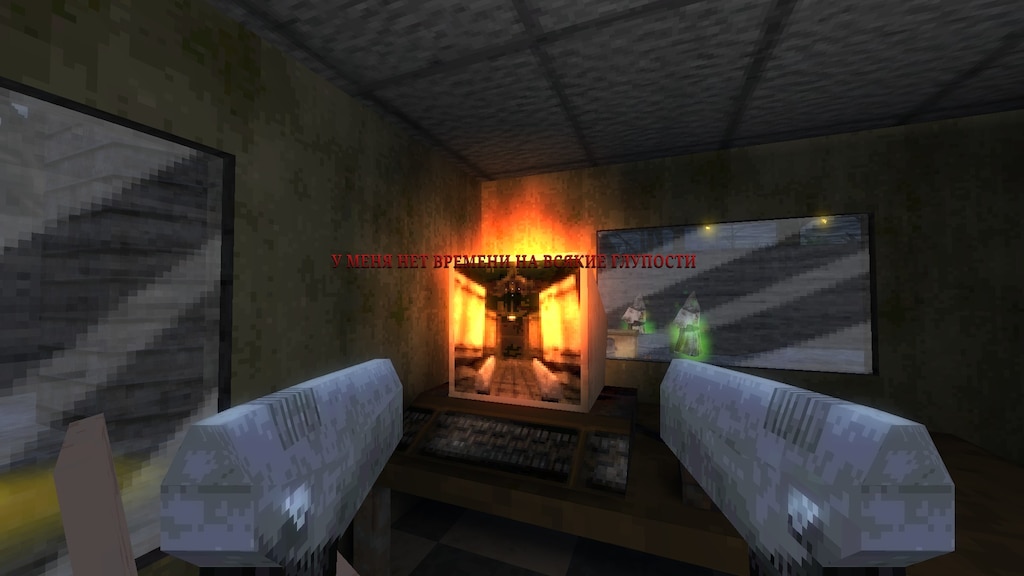 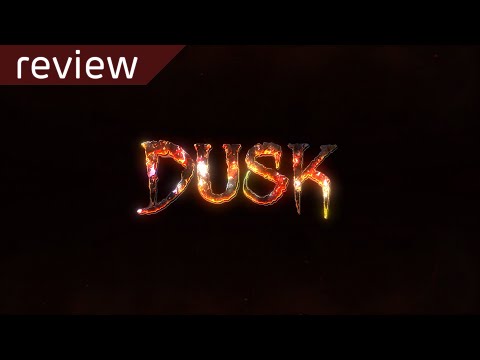 1
0
An Objectively Correct Review of Dusk 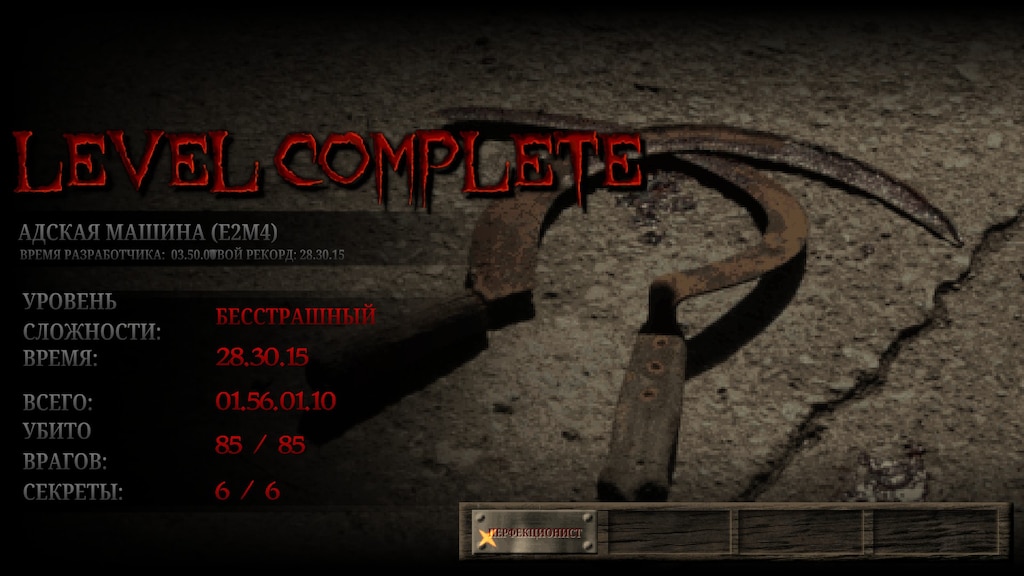 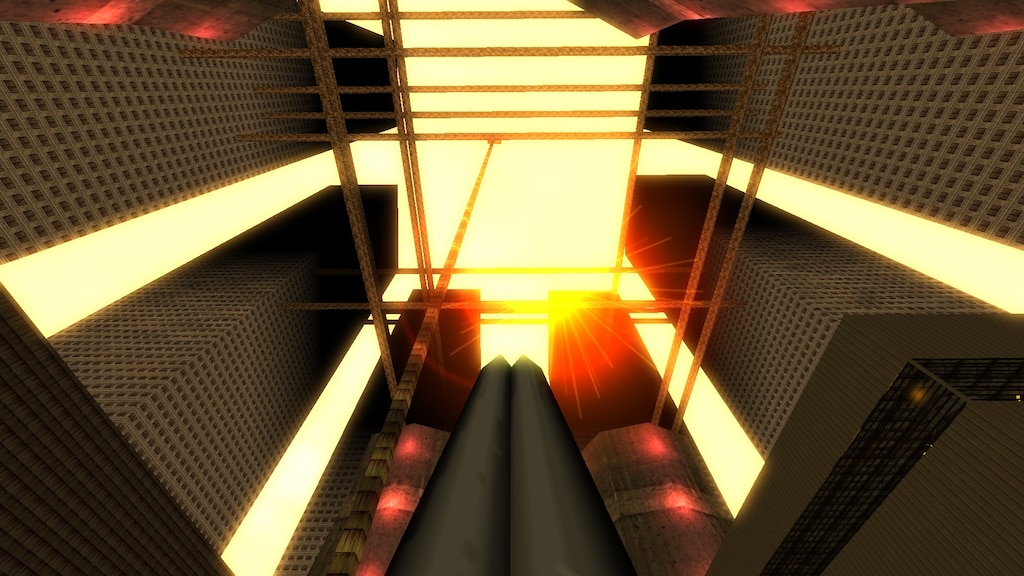