Go head to head with other players in a Bloon-popping battle for victory. From the creators of best-selling Bloons TD 5, this all new Battles game is specially designed for multiplayer combat, featuring the ability to control bloons directly and send them charging past your opponent's defenses.
Visit the Store Page
Most popular community and official content for the past week.  (?)
Why bloons td battles is saying Fetching Leaderboard data?
If u know leave in the comment
1

caydenxya
2 hours ago
General Discussions
[OFFICIAL] Bug Reporting Thread
Welcome to Bloons TD Battles on Steam! Please use this thread to report any bugs/issues you might be running into. It's important to clearly describe the problem you're having and include as much detail as you can. Whenever possible, please also include screenshots if you think it'd be helpful! This forum will be monitored by the Ninja Kiwi community team, and we'll do out best to get all bugs reported and fixed in as little time as possible. We're also contactable via email [url=support.ninjakiwi.com...
1,171

Hot-KEYS TO VICTORY
Ability to react fast in this game is a key to a victory. That's what hotkeys are for, but not all of the players know about them. In this guide you will learn about each hotkey that is in the game.
465 ratings 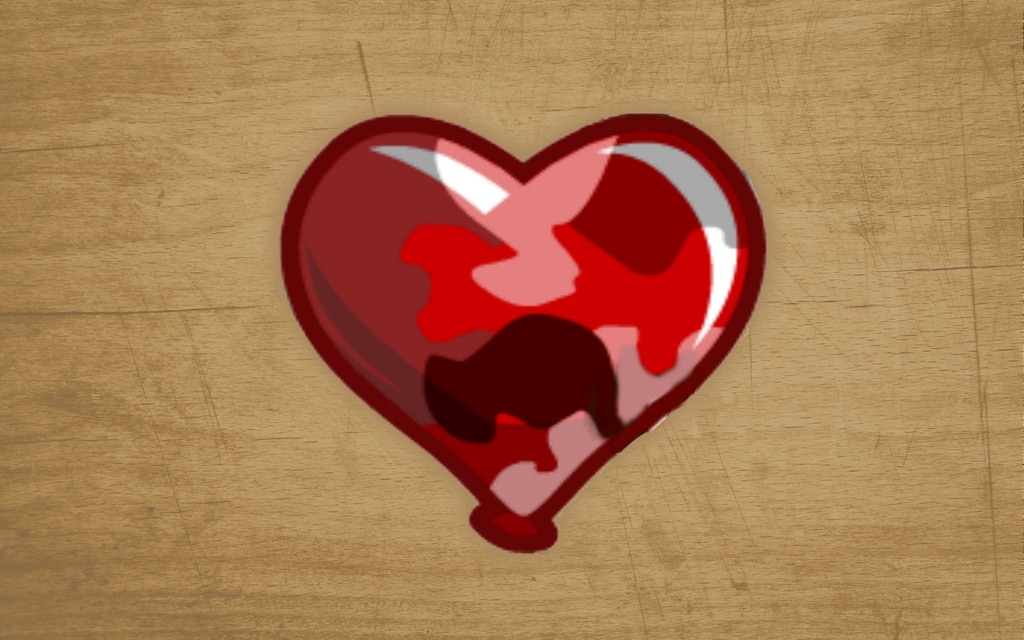 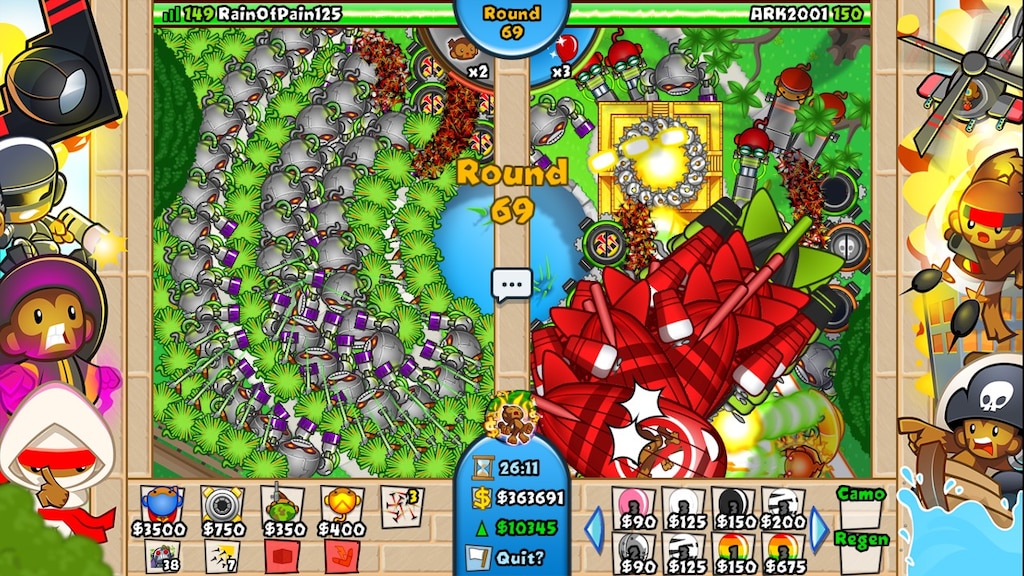 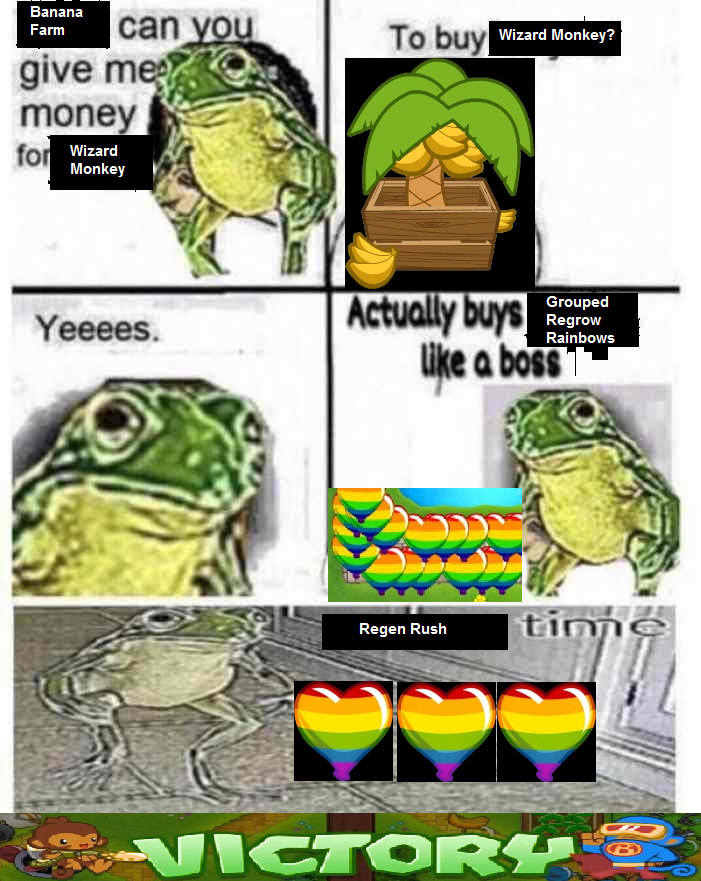 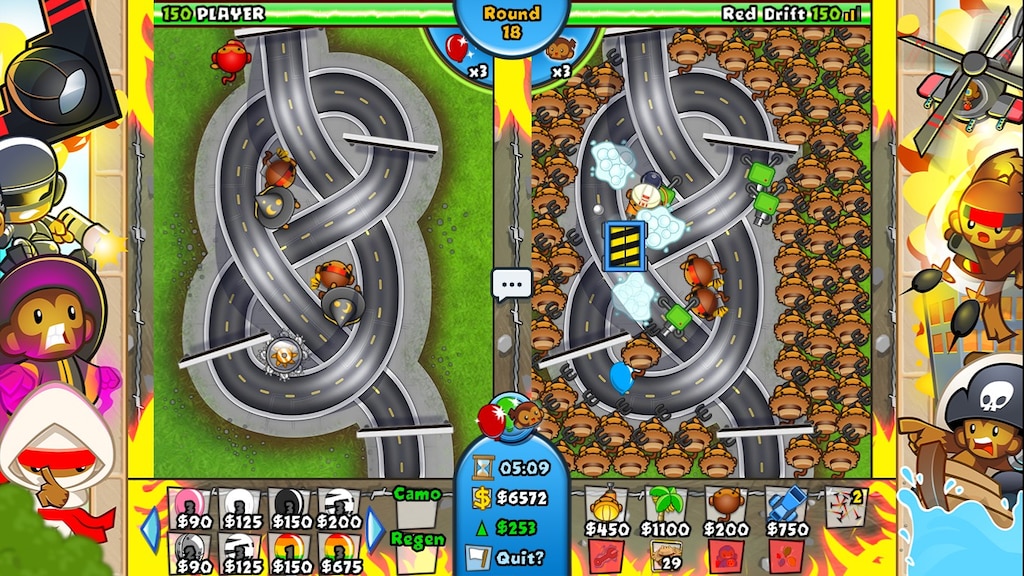 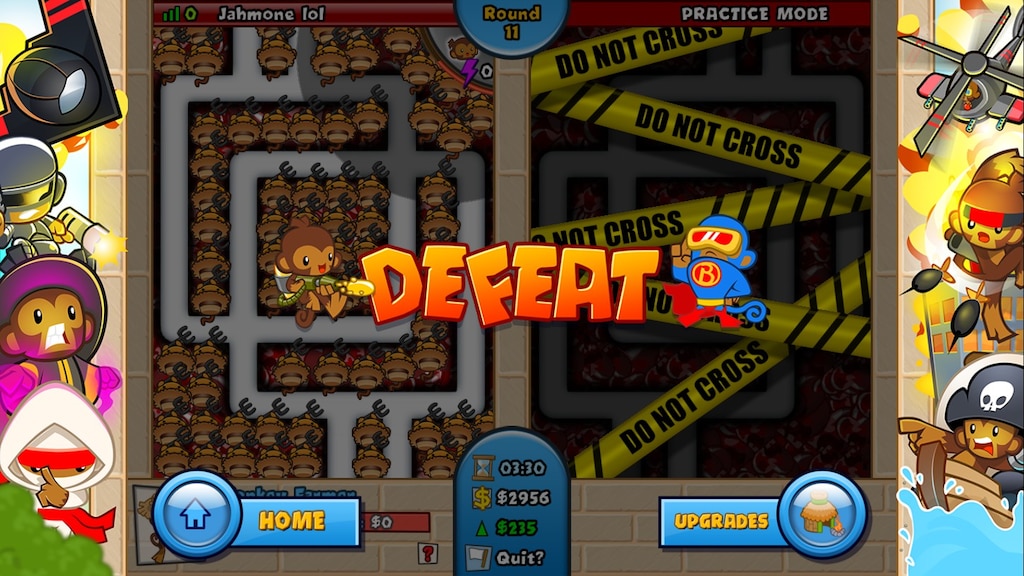 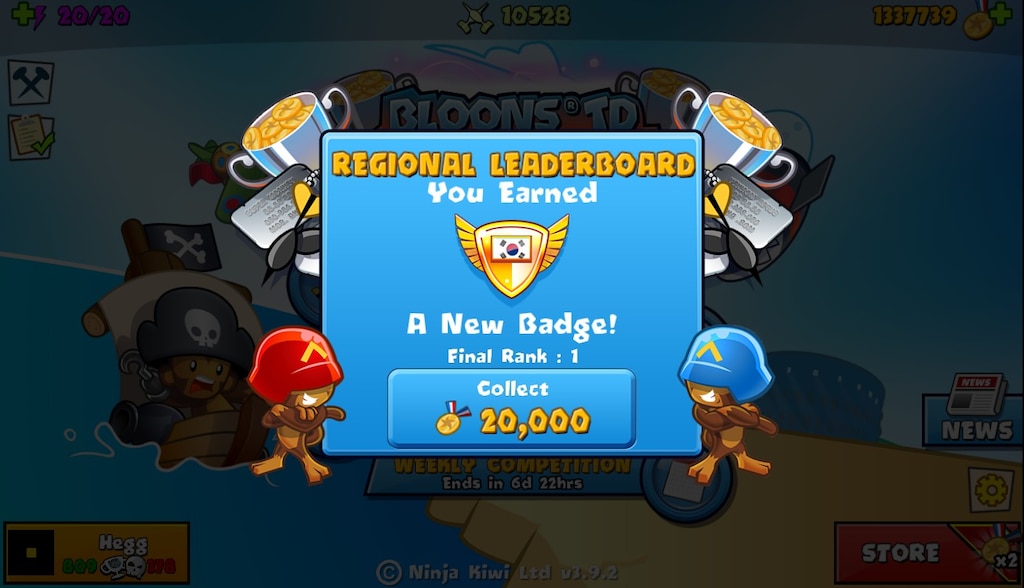 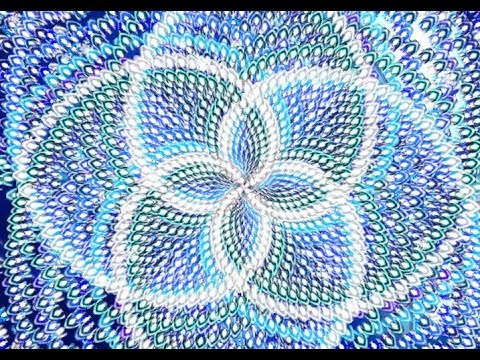 How to go late game against rushers! (AKA how2eco against farmers)
Want to go late game but you're annoyed by us rusher who's just enjoying rushing in a battle game? Or just want to get better at eco in general? Then it's a good choice to read this.
98 ratings 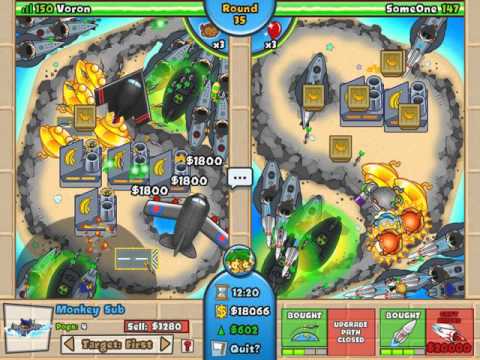 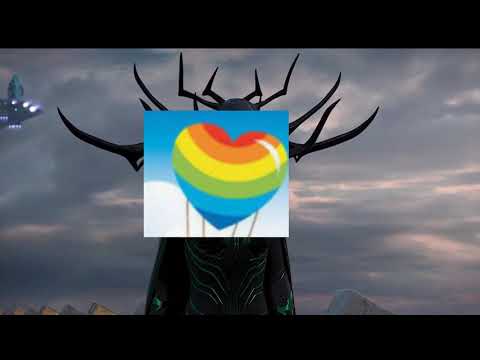 0
4
you can't defeat me RENIBOW edition 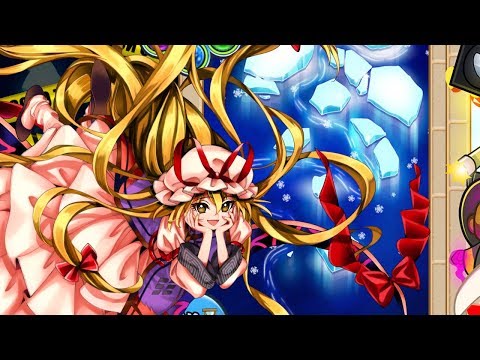 0
5
Reaching the Peak of Modding

Recommended
111.5 hrs on record
Bloons are bad, Monke are good 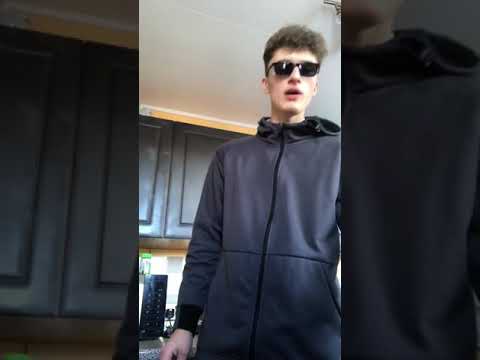 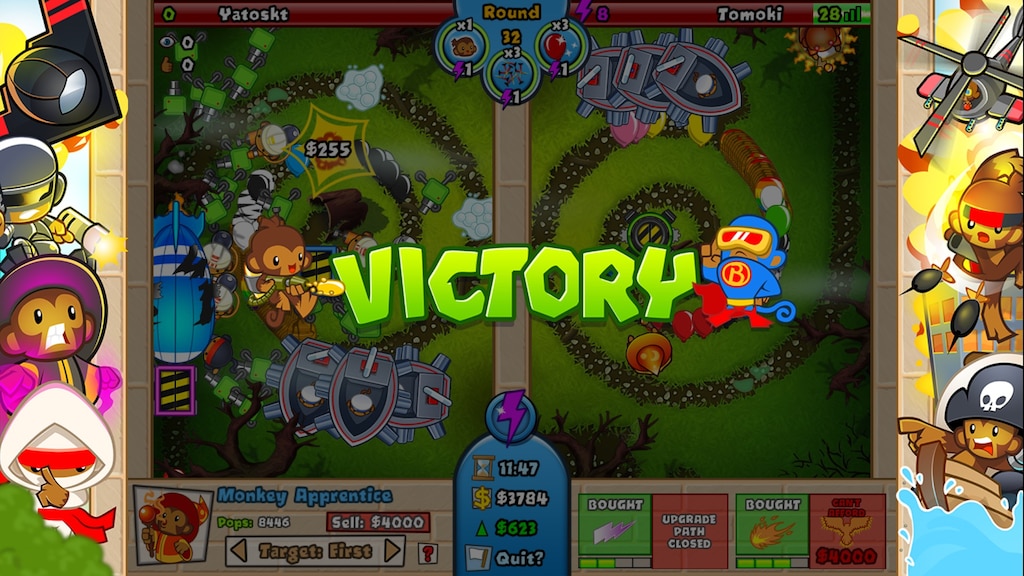 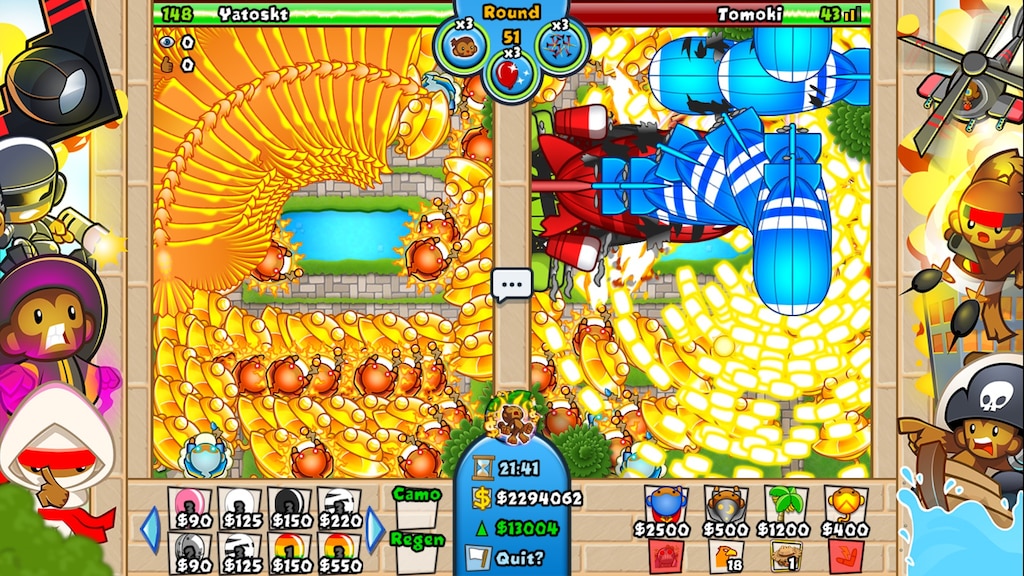 Tips for beginners
A great tip for a beginner is to send balloons to your opponent to increase your Eco. Increasing your Eco helps to make money faster and build a stronger defence. The Super Monkey One of the best cards in BTD battles is the super monkey, A fully maxed ...

Recommended
67.7 hrs on record
ur mom

Recommended
1.8 hrs on record
Note for reference: I am of African-American descent.

I apologize for being late on this request, but this is a request that cannot go unnoticed.

Given this disparity, Ninja Kiwi, why is it that you’ve made black bloons more expensive than white bloons? Furthermore, it makes little sense that black bloons are also slower than white ones. If you’ve ever seen a black person at full speed, you would know what I’m talking about.

Also, what do you think about renaming the regen lead bloon to the “prison-break bloon?” Think about it, much like in the real world, we have typically two black inmates enclosed within a single cell. When those barriers are broken down, they break out from their cells, much like the two black bloons do from the lead bloon. And finally, much like the regen lead bloon, typically at least one of those black inmates ends up back in prison. And I am warning you against simply writing this suggestion off as racist; these are just the statistics.

This is just an attempt to bring awareness to the disparities between both black and white families in the real world, connecting them to this game in these times of social injustice. If not for me, do it for George Floyd. Thank you.

Mimmi
68 products in account
1
Are powers still a thing?
I stopped playing this game precisely because of the addition of powers. They broke the balance and made skill far less relevant to winning and P2W. Plus arenas had no way to play them without the powers which made me way less incentivized to play in general....
4