Search for hidden folks in hand-drawn, interactive, miniature landscapes. Unfurl tent flaps, cut through bushes, slam doors, and poke some crocodiles! Rooooaaaarrrr!!!!!
$12.99
Visit the Store Page
Most popular community and official content for the past week.  (?)
On Tour - out now!
Jun 4
The team and I (Adriaan) are proud to release the On Tour areas as a free update today!! Watch the trailer:

I'm especially proud of Celine and Sylvain for once again coming up with hundreds of funny stories and interactions. For this update, Celine took over pretty much all level and interaction design from me and, I hate to admit it, probably came up with more inventive interactions than I did! Playing Sylvain and Celine's first draft of the new areas was perhaps the first time I played Hidden Folks without knowing every little detail about it - the closest thing to being a player of the game as opposed to the developer - and I was blown away and laughed out loud all the time. You folks are lucky to be on the player side of this game and I'm super jealous!!!

Pricing changes
As announced a few weeks ago, we decided to include all areas in your original 'Hidden Folks' purchase, including the Beach and the new On Tour areas, for no additional charge. To justify the 3+ years we've been working on Hidden Folks since release, we've increased the price of the game only for new players.

Yeah, to be clear: making the On Tour areas took a team of 3 people and a few part-time others an entire year to make. After the last free update, I got hundreds of comments and emails from folks saying they would have gladly paid for the update. We really, really appreciate that people want to support us, and if you feel that way, here are two things that help:

The On Tour areas
I won't spoil too much here but you can be sure to see and interact with all kinds of instuments, bands, weird objects, animations, and, weirdest of all, you'll get to hear the mouth sound music that Martin put together!! It's weird and wild that it kind of works and the tunes are totally stuck in my mind. Some screenshots of the areas: 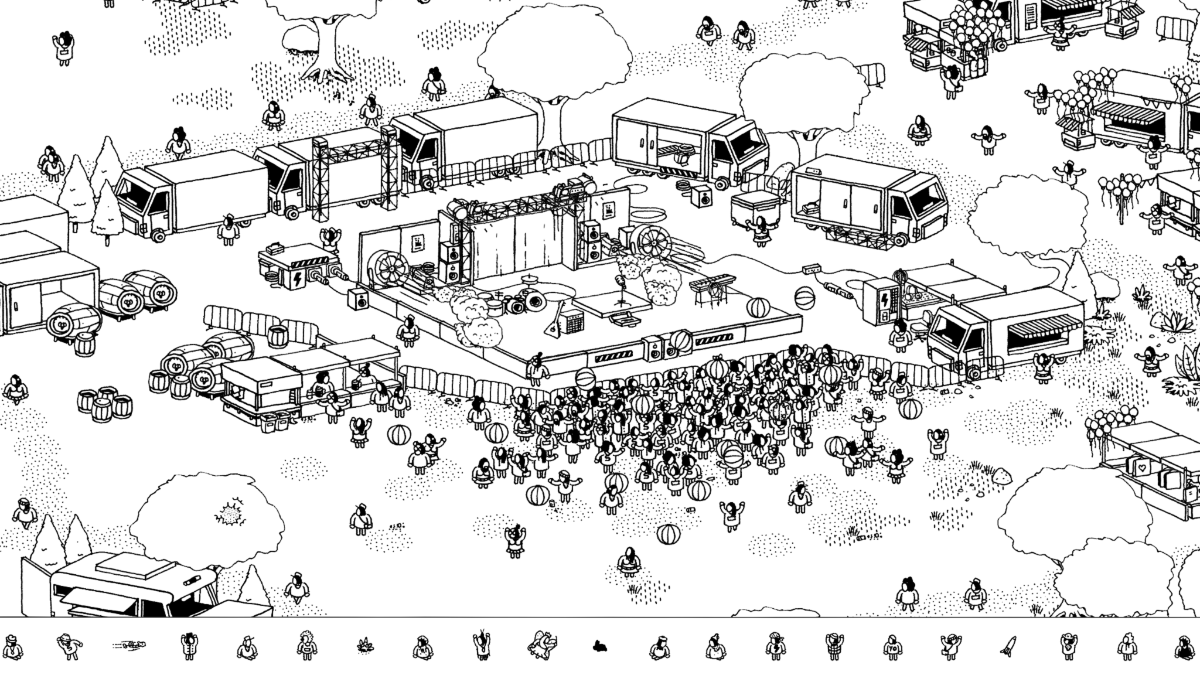 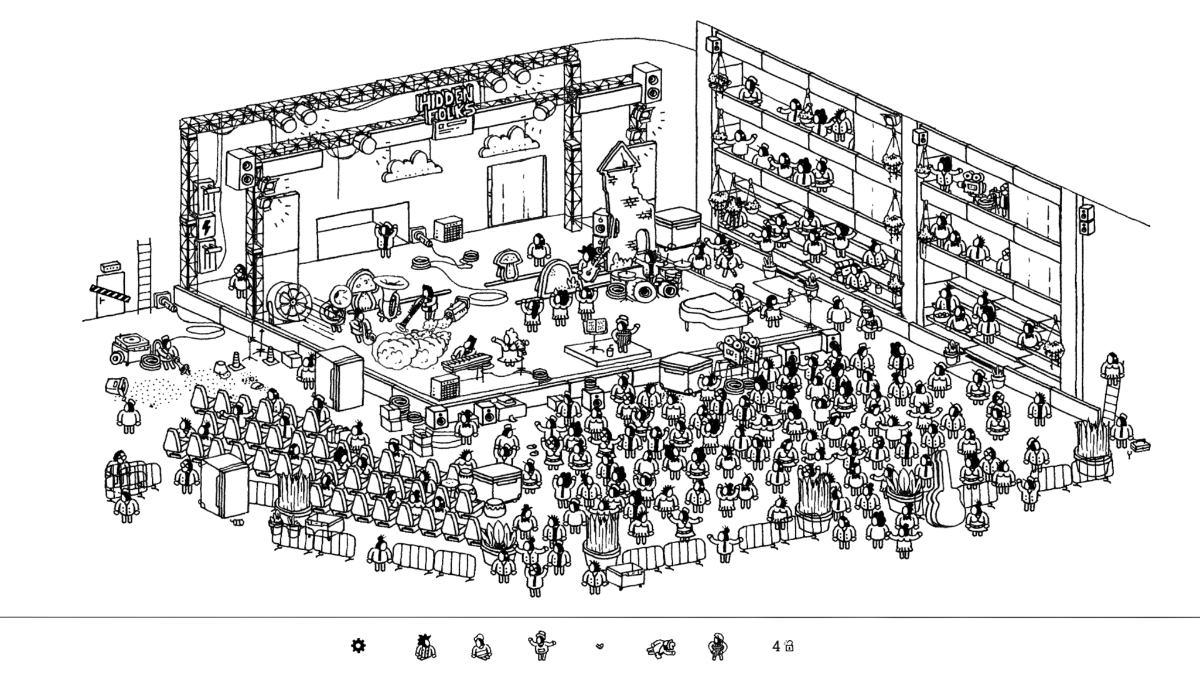 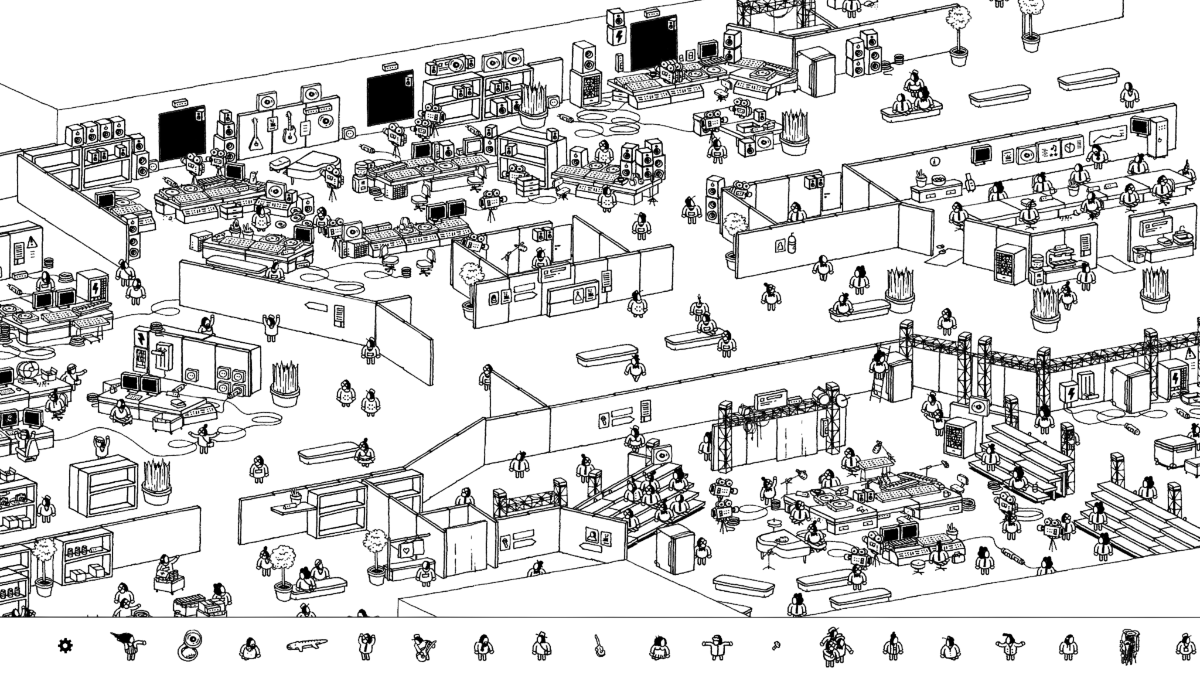 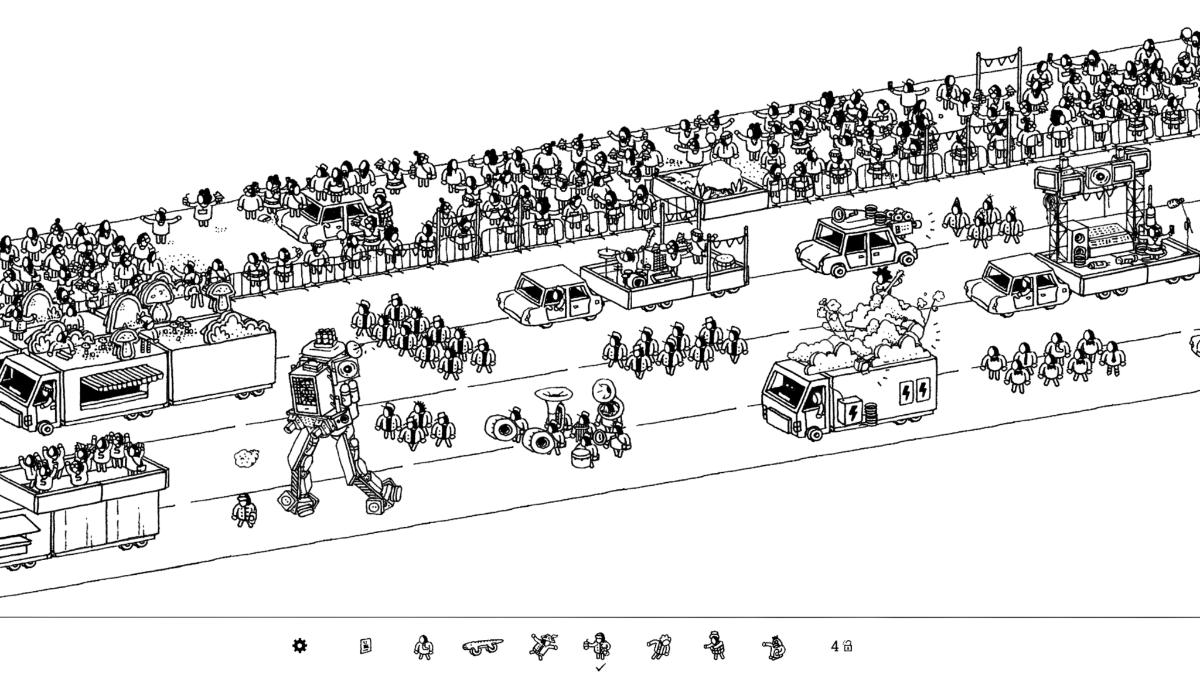 While illustrator Sylvain Tegroeg drew all those cute little characters and instruments and objects, game designer and artist Celine Veltman did nearly all level and interaction design for the On Tour areas. Martin Kvale made mouth music with our mouth sounds, Bram van Dijk helped us write all the kind-of-funny clues, Mitty Venbrux made the On Tour trailer, and Aran Koning did some nerd stuff for Hidden Folks on Android and Nintendo Switch. I (Adriaan de Jongh) improved the game's interface, fixed bugs, set up store pages, wrote this newsletter, and did countless of other small things. And last but not least: the incredible Hidden Folks community translated the game to 21 languages! I'm so grateful.

New areas in the future?
It's possible that On Tour is the game's final content update. We know you want more; some of you remind me of this every week! But after five years of making Hidden Folks, we also want to make different, weird, new stuff! We hope you can savor the On Tour update. Maybe you can even replay parts of the game you nearly forgot! Regardless, thank you for playing and for enabling our incredible journey!!!

See you around, folks.

Hidden Folks
932
69
Files not saving
Title pretty much says it all. The game isn't updating the save files. Prior to the beach and tour add on I'd finished everything. But now, whenever I do the beach or tour area, when I exit the game and return, all my progress is lost. I have steam cloud enabled, and it says I have 20.50kb stored / 47.66mb available I've verified the game files, but the problem persists. Any suggestions?...
3

-=bd=-
Jul 7 @ 12:11am
Bugs
Saddest mushroom and truffle
I found everything from the new content (On Tour) apart from those two mushrooms, anyone managed to find them?
13 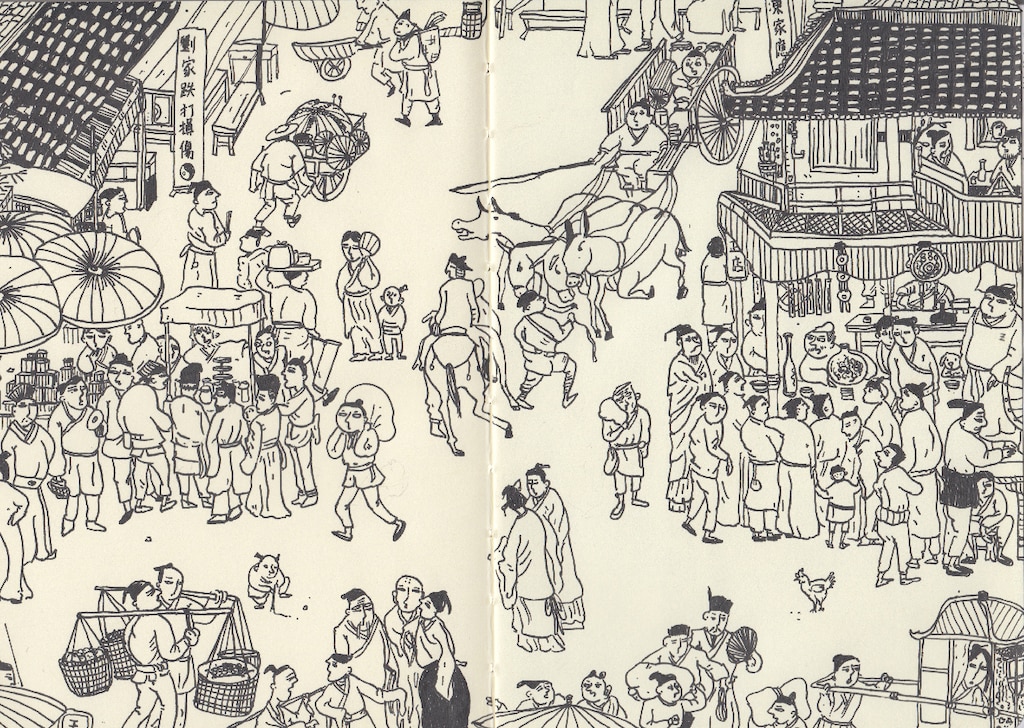 On Tour Level Images
Hello, all! This is my first real attempt at a guide, so please bear with me. It's also a work in progress, and if you notice missing information, please let me know so we can update everything we can. Good Luck!
79 ratings

Hidden Folks - Snow Level 3 Walkthrough Guide
This is picture guide to the third Part the of Snow levels of Hidden Folks. Each character / item your are looking for is highligted with red on items bar and on spot. If a character is moving it's likely to see a drawn red line as well. Also in some ca...
68 ratings

Hidden Folks - Dry Lands Level 3 - Reptile Location
This guide shows another location where the reptile in the last Dry Lands level can be found.
59 ratings 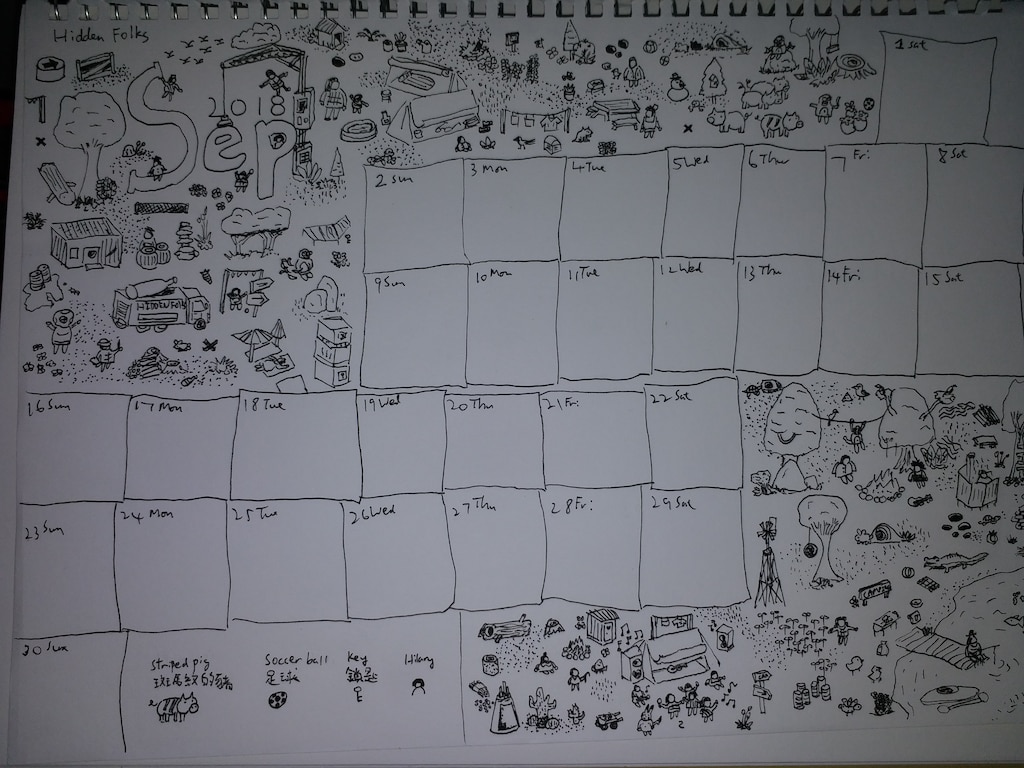 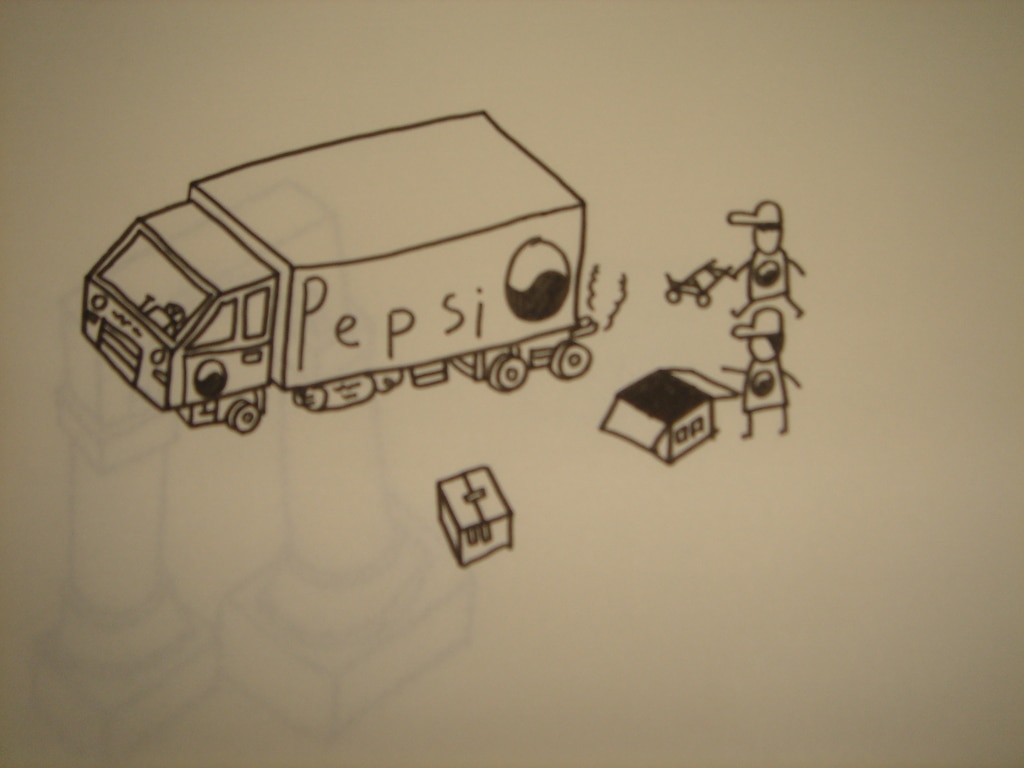 0
6
Pepsi truck - I drew this artworks by myself

islandsongs
View all guides
ideas and suggestions
wow, at first i thought its just like a point and click game, later i found out its far more than that, the interaction with objects and little man makes the entire game so alive, watching people in the city feels like they are just like people around me! thx for making such a wonderful game. i noticed that the area and people lives in it we have covered so far are all western lifestyle background, any chance we could see some different culture background? such as china, japan, india, africa maybe? that wo...
2

Recommended
4.0 hrs on record
Half art, half game. Look for things in a huge scene.

The screenshots absolutely tell all: you need to scroll through images several screens in size (some are small, but many are that big) looking for tiny details. You need patience and a good eye. There is no story except what is implied in the scenes. It's absolutely brilliant if you like to stare at tiny details for long periods of time, which means I think it is! If you enjoy doing big jigsaw puzzles, Hidden Folks is brilliant!

I've done the first 2 areas of 7 (still haven't found Martin) in just under 3 hours, to give you an idea how big it is.
This was also included in the huge itch.io Racial Justice bundle. 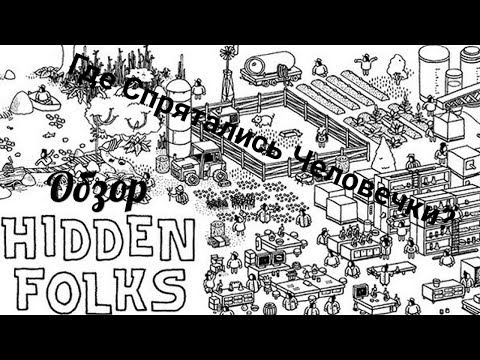 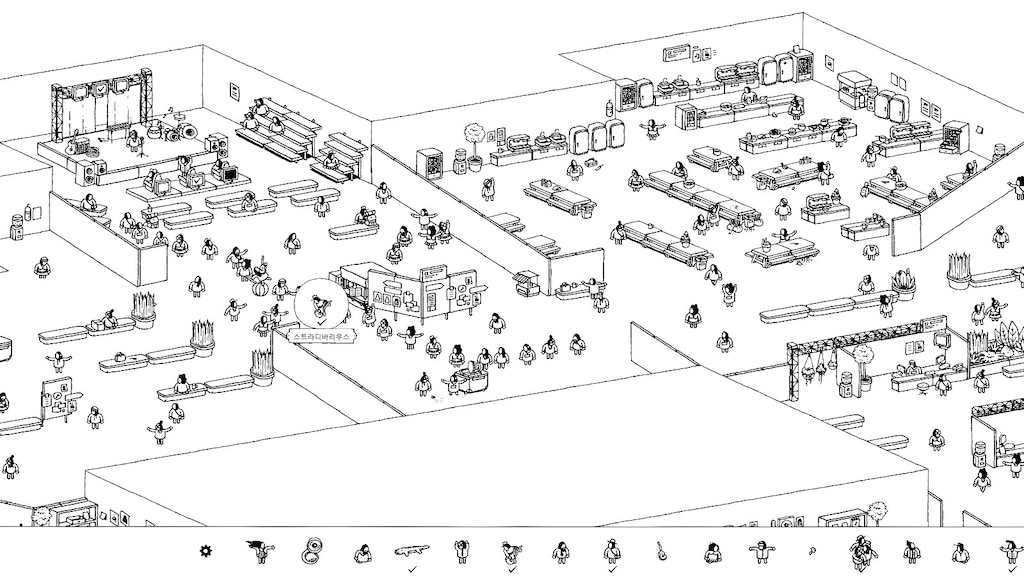 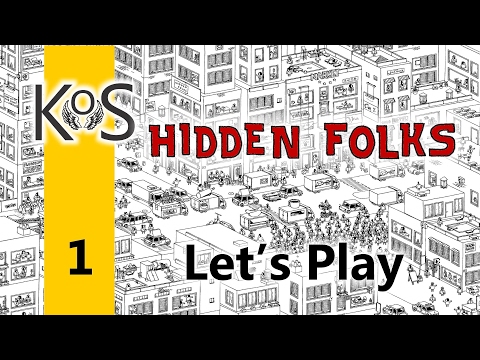 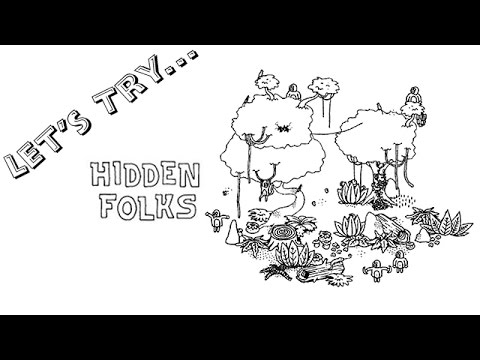 Not Recommended
4.6 hrs on record
At first, I was endeared by the charming art style and the silly sound design. Soon after I began my playthrough, I realized that Hidden Folks was becoming repetitive and/or annoying. The sound of a grown man breathing and making monkey noises into a microphone was draining my soul through my ears. Luckily there is an option to mute sound, but the visuals soon took a toll on my eyesight. The environments became confusing and increasingly difficult to navigate. The gameplay went from fun treasure hunting into a grueling torture session where I had to click on every single thing because it all looked almost identical. The amount of boxes, trees and small folks I clicked probably exceeded the amount of times that I have sneezed in real life.

So, to put it shortly, I liked this game until I didn't. 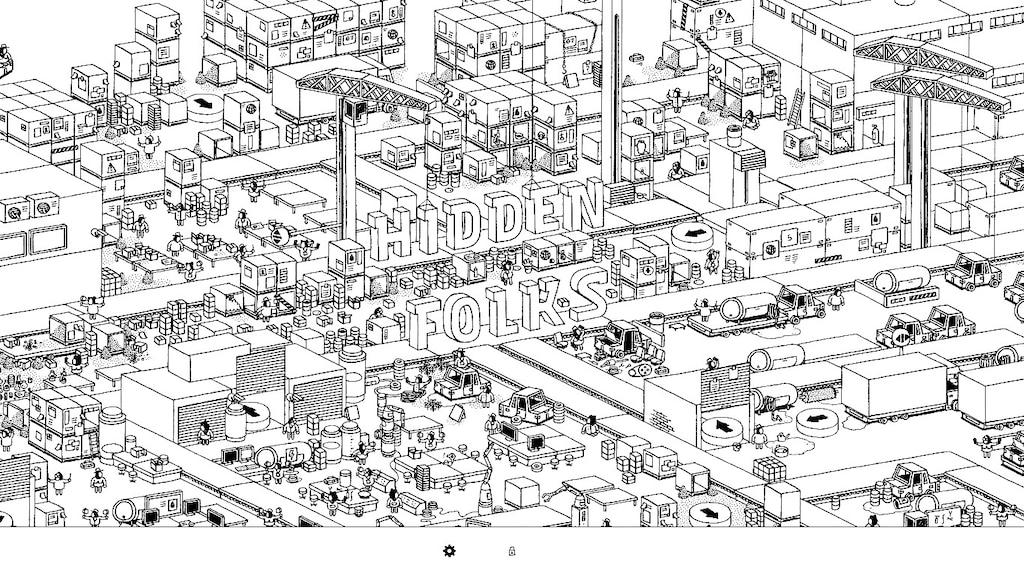 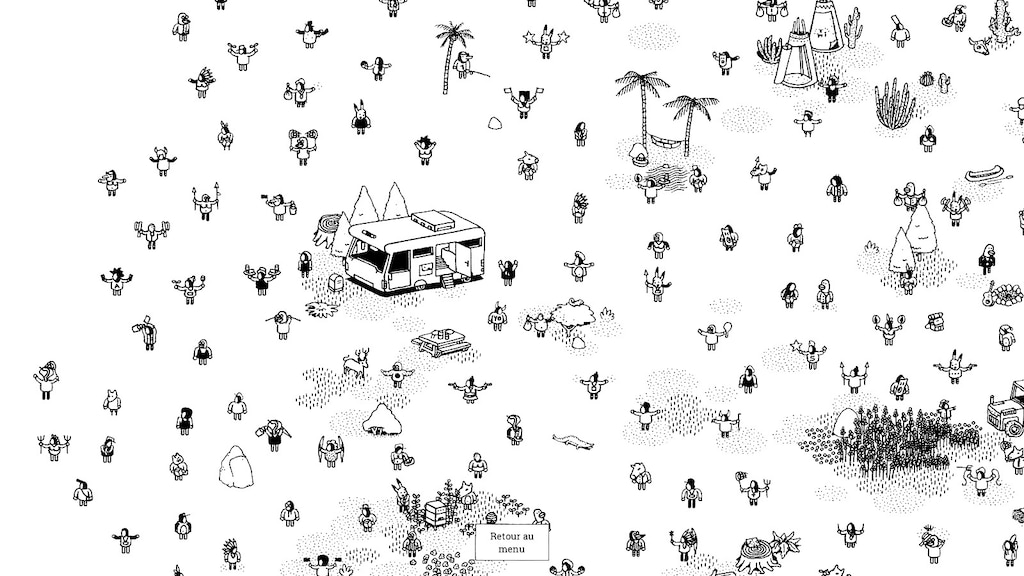 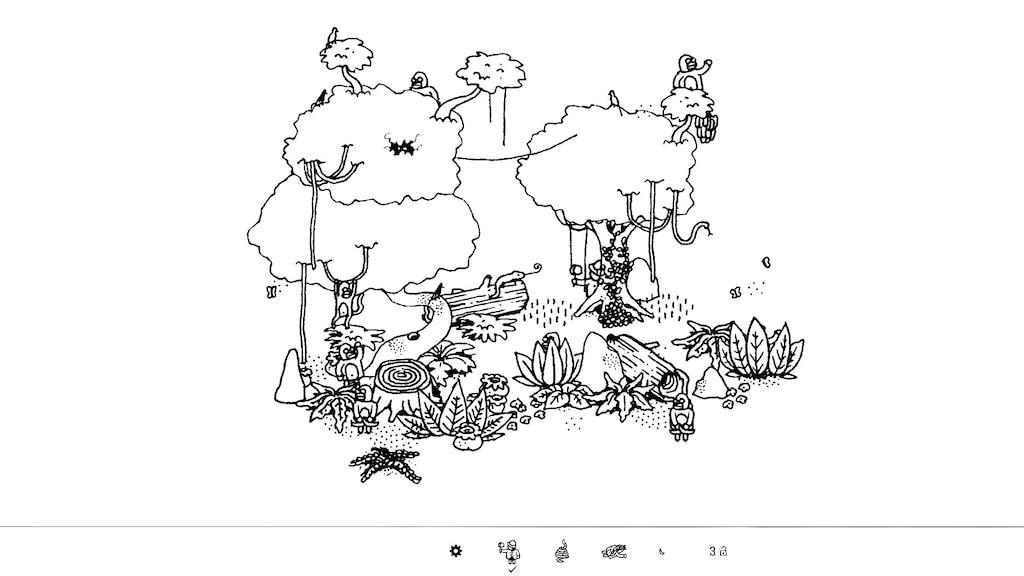 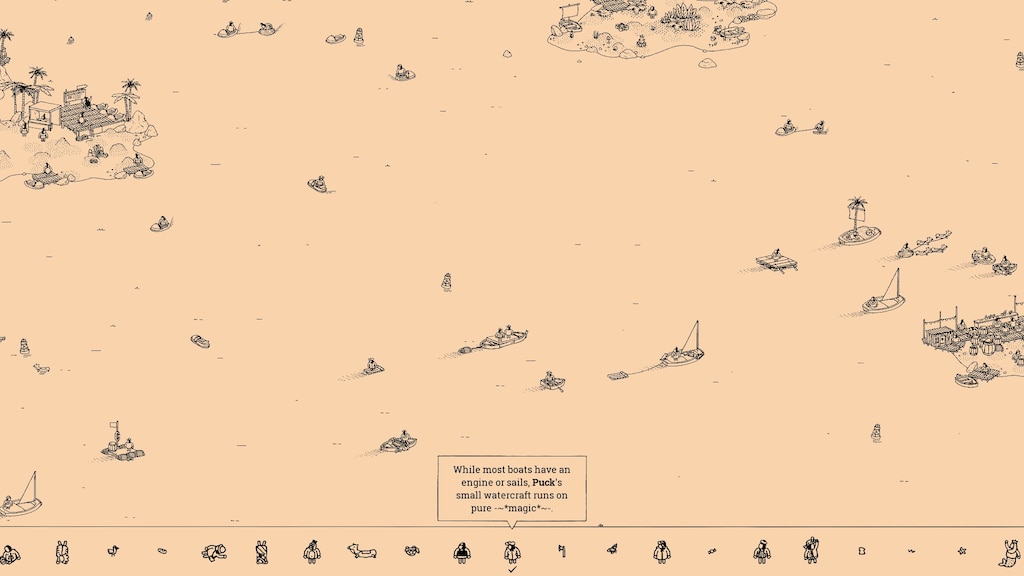 The team and I are super proud to announce a major update to Hidden Folks, launching on June 4th, called On Tour. The update will add 6 (!!) new music themed areas to the game, with more than 70 things to find, new mouth sounds (we even made weird music), new interactions, and plenty of new clues with mildly amusing or straight up bad jokes.

A couple months after the release of the Beach DLC, we agreed that the pricing model we slid into (a base game with DLCs) didn't feel right. After much discussion and consideration, we decided that we want to come back and unify all areas into a single 'Hidden Folks' purchase while increase the price of the game to justify the 3 years we've been working on the game since release. This means that:
Price and business model changes are hard to communicate clearly, so if you have any questions, ask away in the comments or on the forums. It took us a little detour through DLC land before we understood that a single purchase structure is a simpler value proposition, less of a technical hassle in the background, and a couple of emails by really confused customers per week less.

I hope that's clear! Now please feast on these screenshots from the On Tour areas: 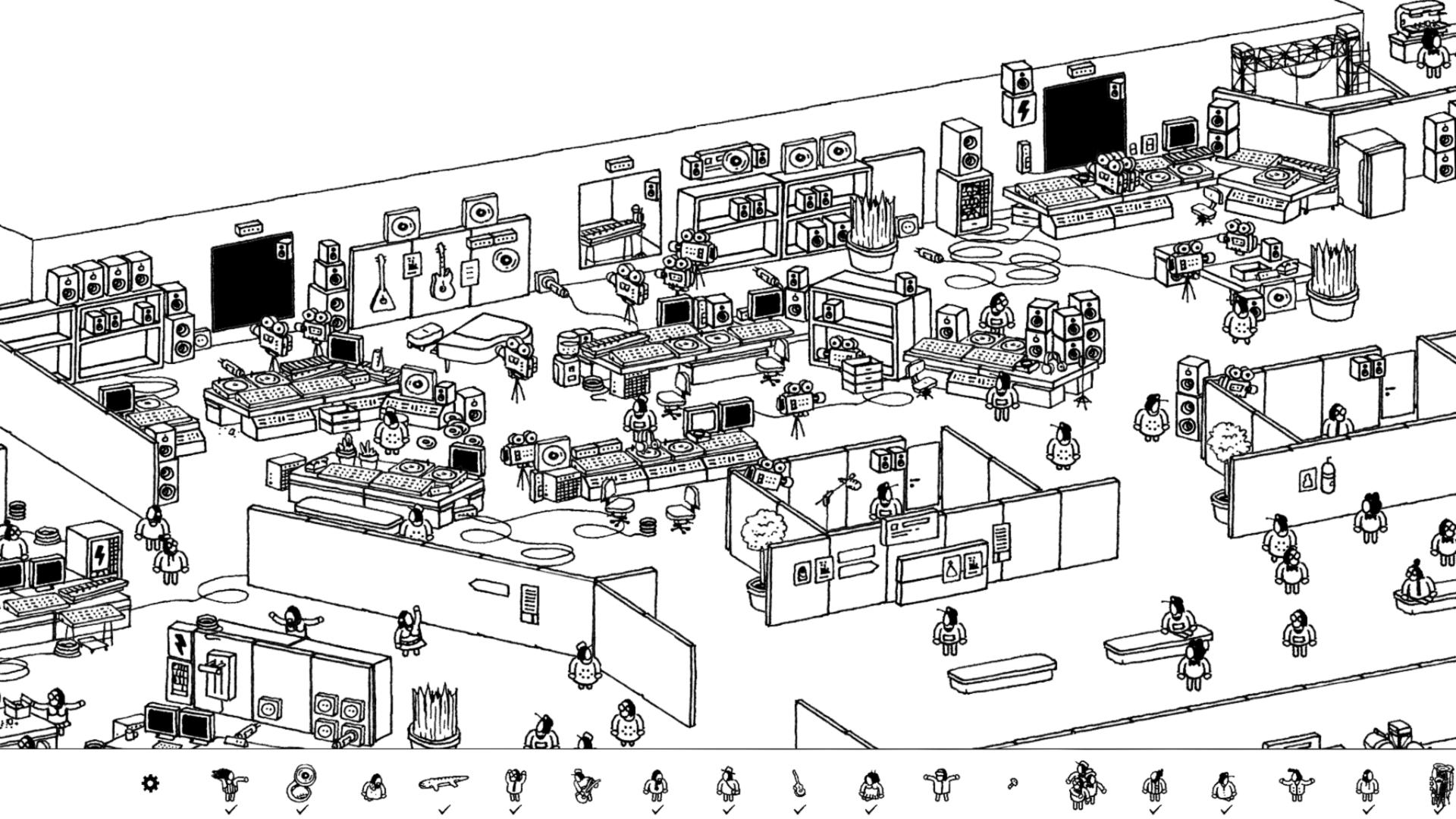 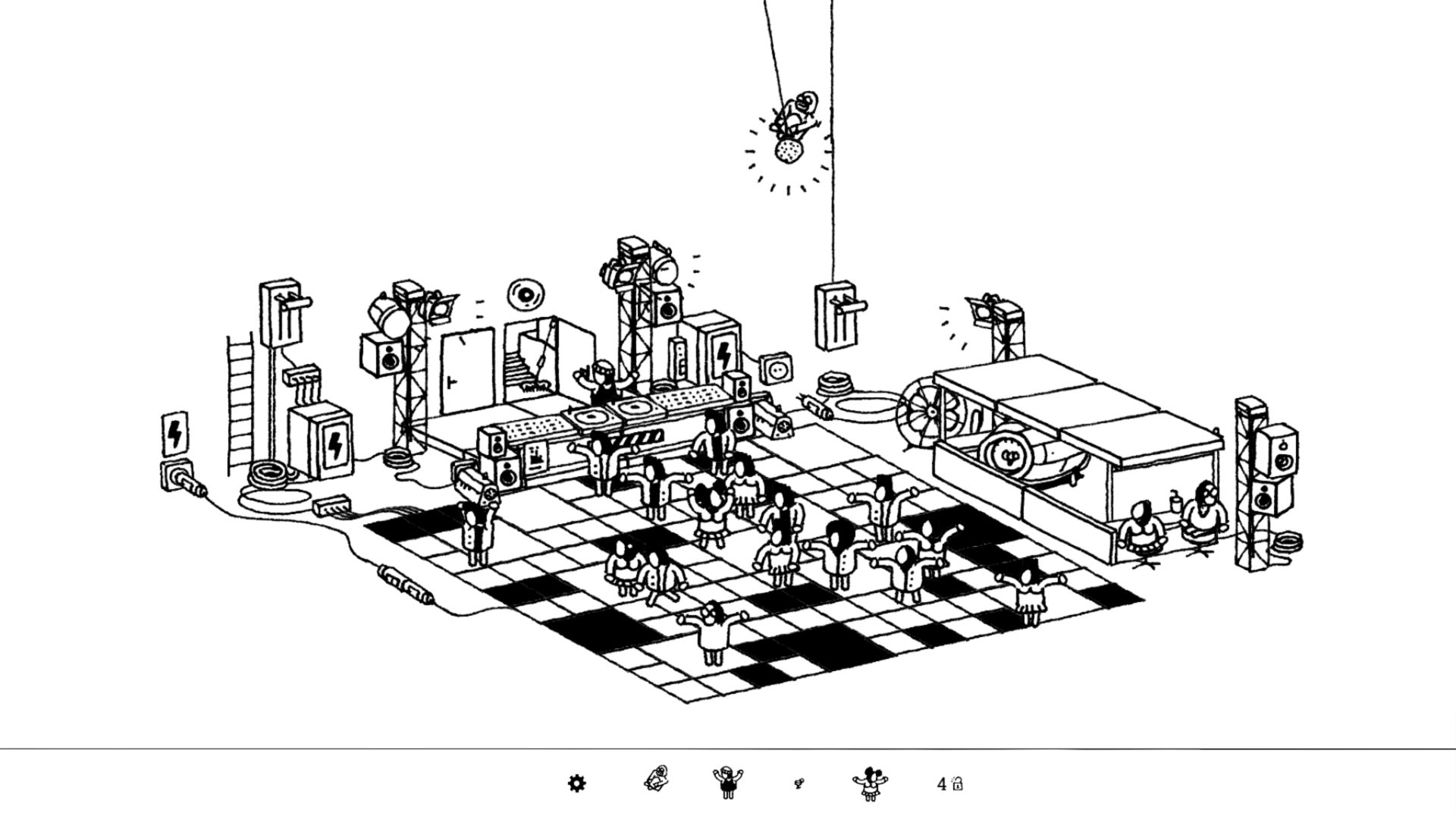 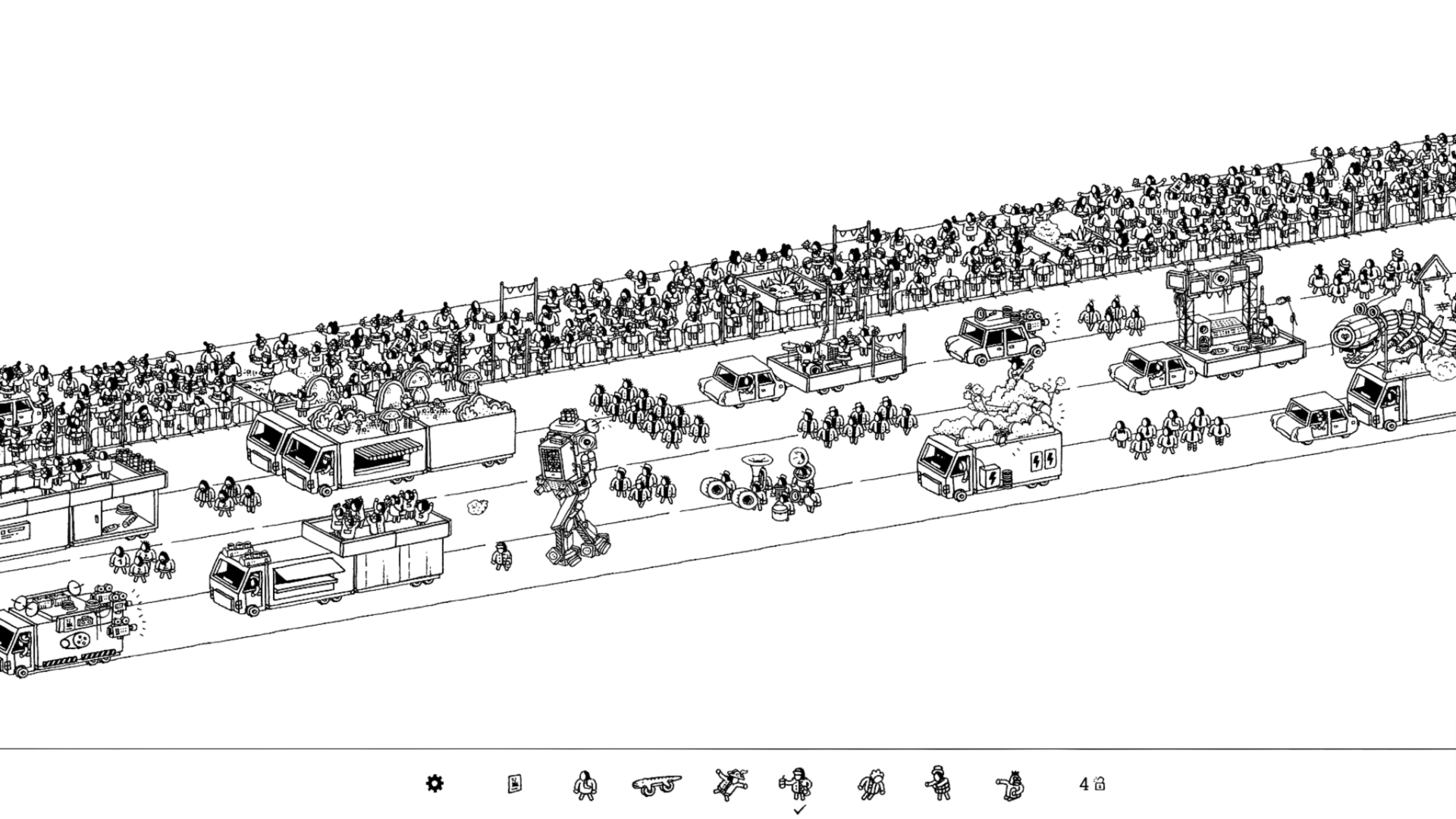 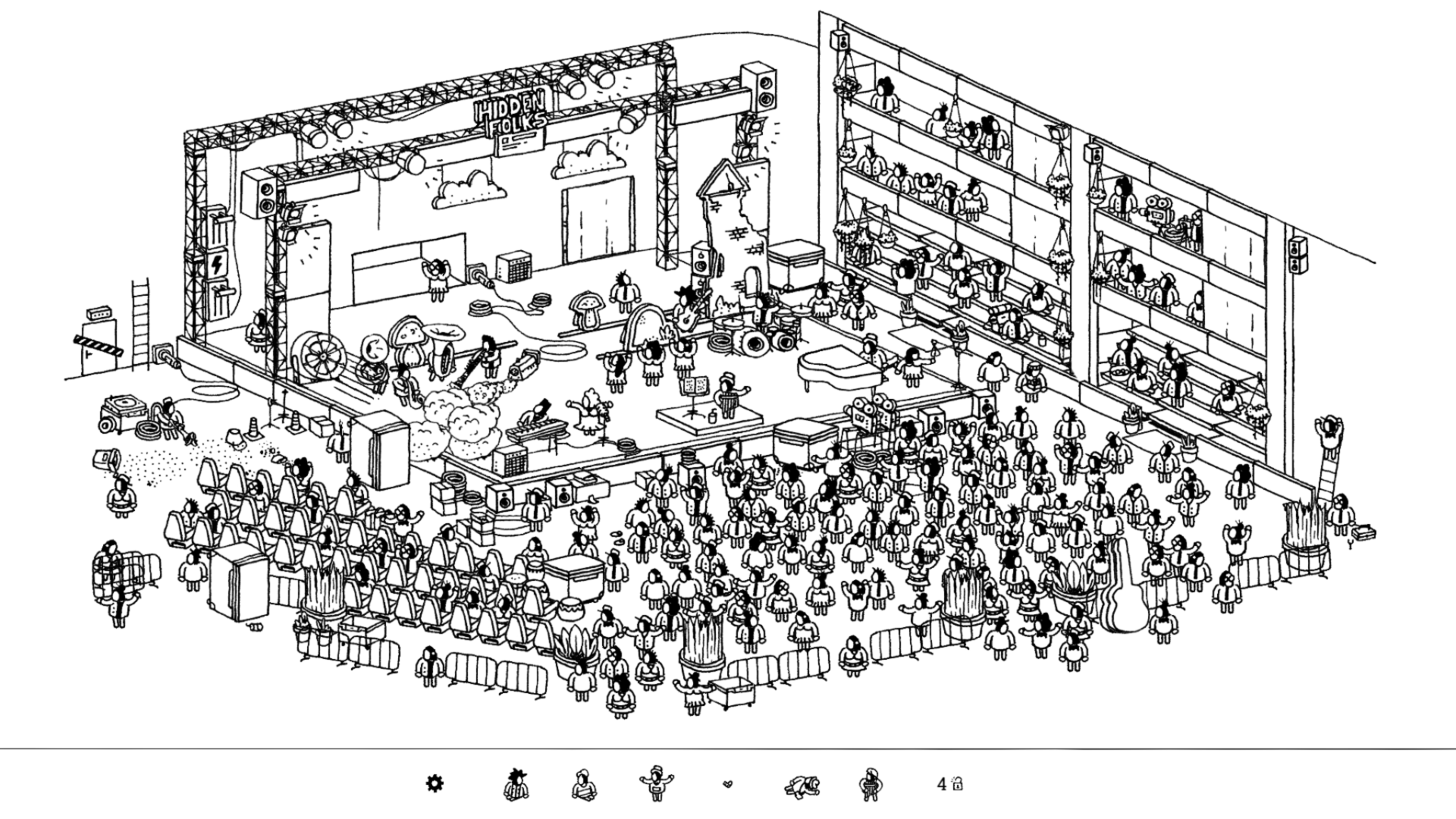 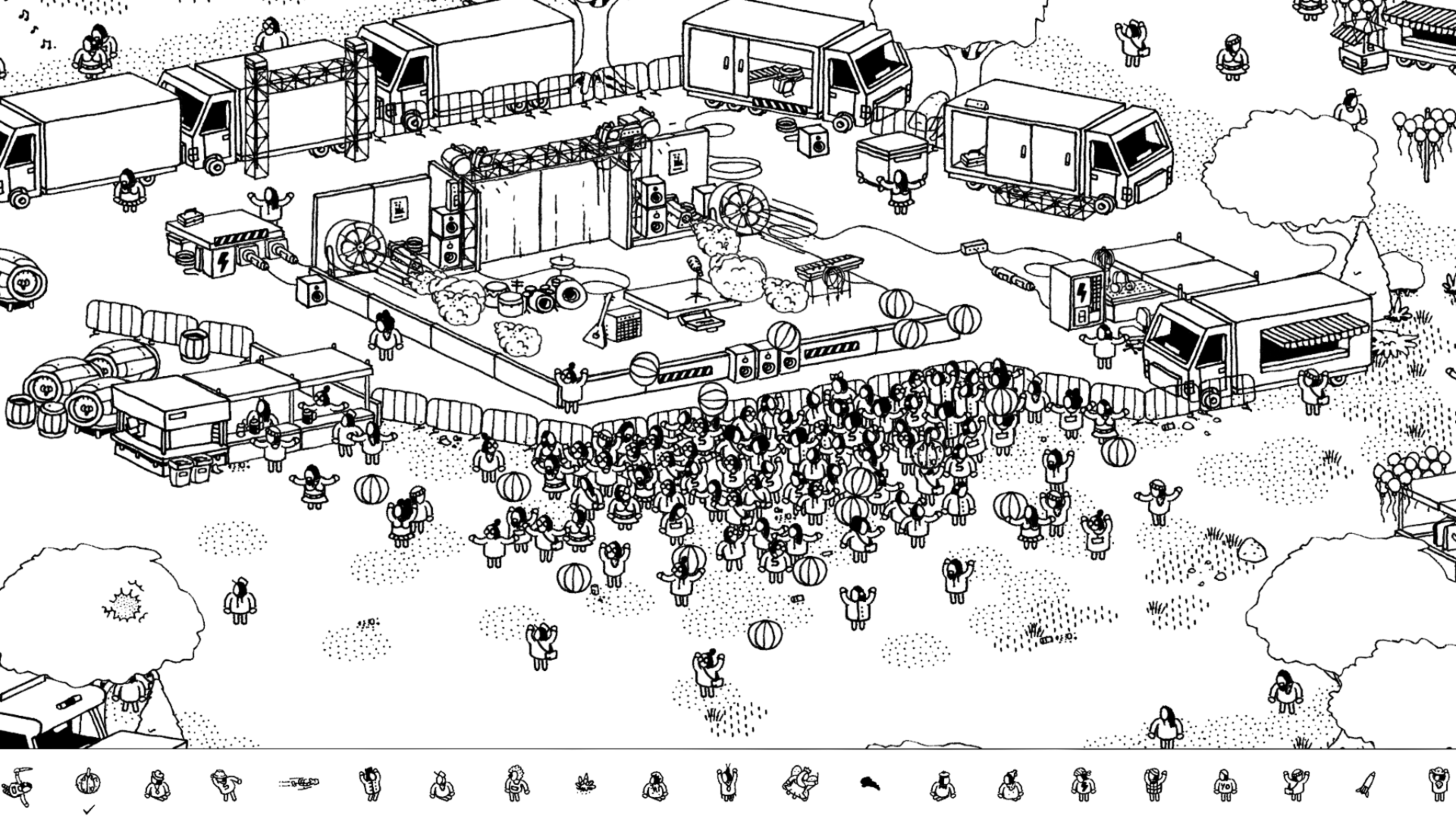 Talk to you soon!
Adriaan

ps: we're still looking for a few folks who want to contribute to translate the new On Tour areas in Hidden Folks! If you're native to Arabic, Vietnamese, Swedish, Finnish, or Czech, please reach out to me! You'll get access to the game before anyone else. Sign up here[docs.google.com].