In the name of Kane! The Command & Conquer™ series continues to thrive with Command & Conquer™ 3: Kane’s Wrath. As the expansion pack to the critically-acclaimed and fan favorite, Command & Conquer 3 Tiberium Wars™, this Real-time Strategy (RTS) game returns to the Tiberium Universe...
$14.99
Visit the Store Page
Most popular community and official content for the past week.  (?)
Keybindings fill in blanks
Every time i change my key binds I leave some stuff I dont use blank, when I restart the game it converts my blank ones to the default causing one key to be linked to two actions. The game just doesn't do anything with that key now. Every time I restart the game I have to rebind all my keys, please help!...
2 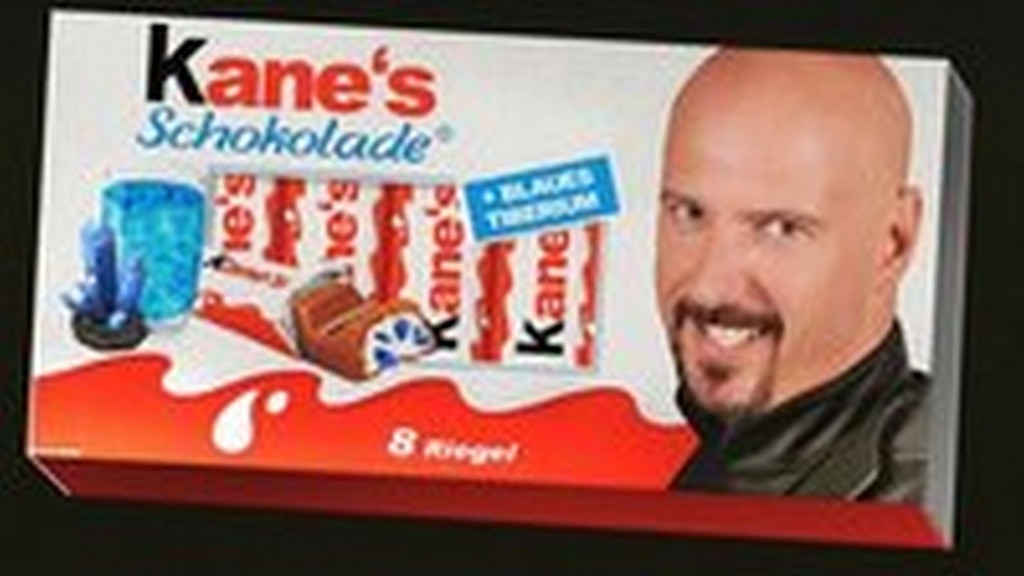 ᠌ ᠌ ᠌᠌ ᠌ ᠌
View artwork
original game campain in this dlc
is there any mod that allows me to play the campaign of the original base game on this dlc? I really wanted to be able to do that playing the kane edition campaign at Kane's Wrath but I couldn't find anything and I wanted to see if anyone in the community knows how !? this is the only reason why i don't enjoy this much of stand alone dlcs!...
1

Map Pack (Normal + Tower / Unit Defense) *UPDATED*
I came across some nice Maps for Command and Conquer 3: Kane's Wrath so i decided to put them into a rar file and upload them for you. The Pack contains 105 Normal 2-8 Multiplayer Maps and Tower Defense/ Unit Defense maps. (The TD/UD Maps can be playe...
143 ratings 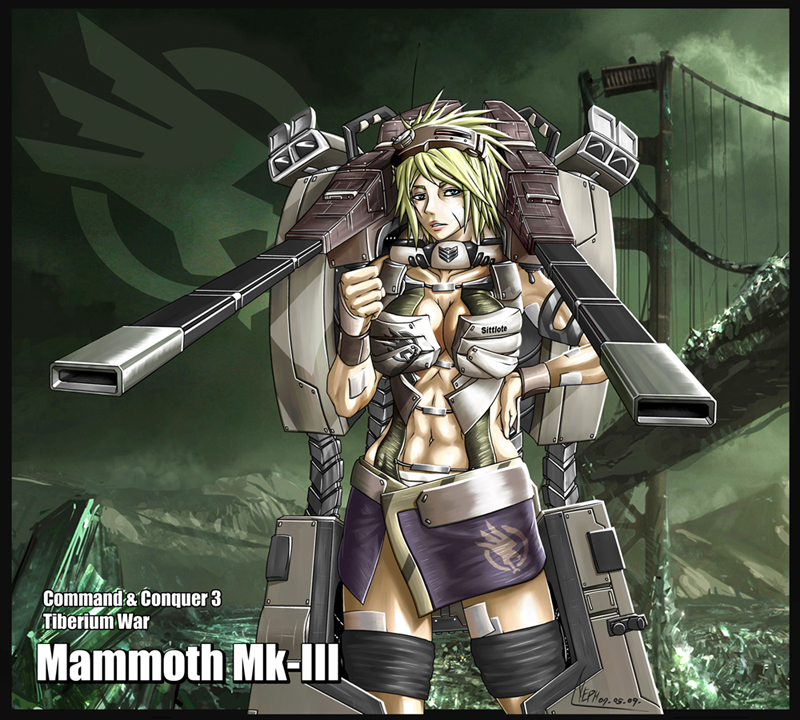 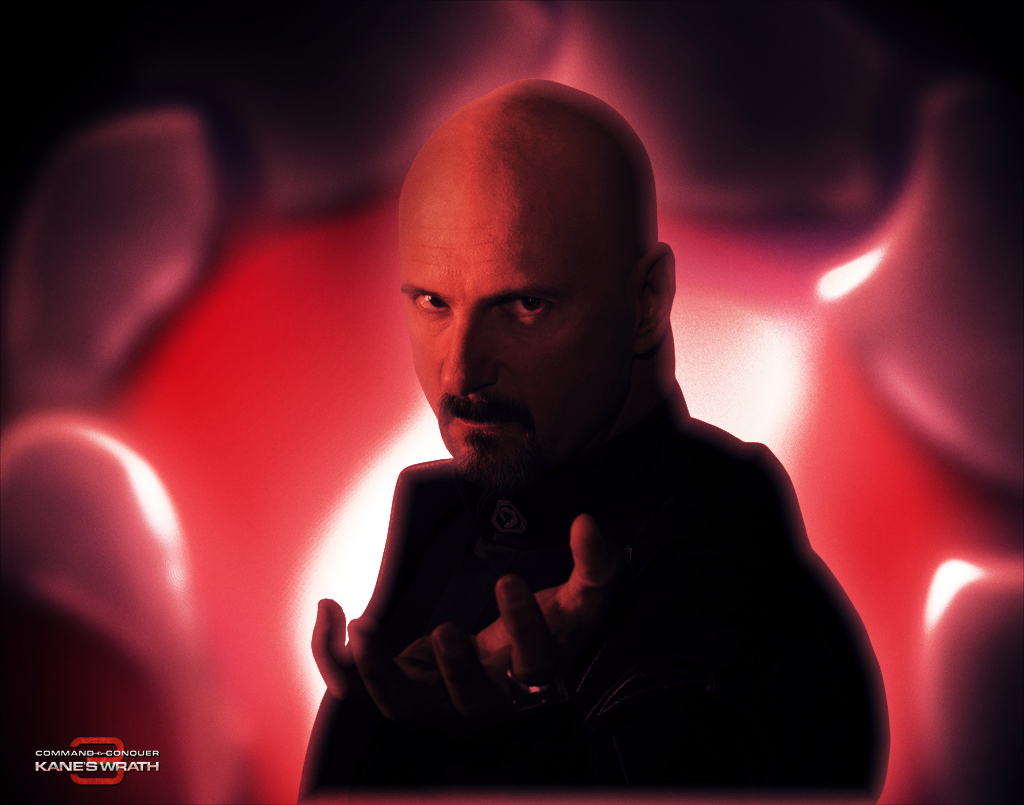 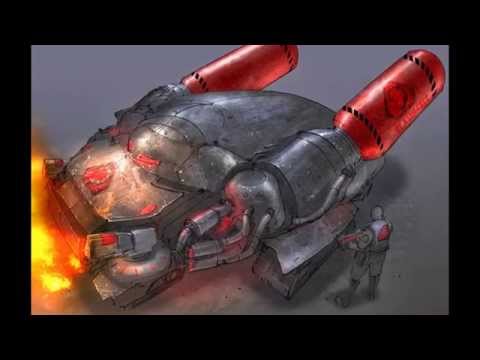 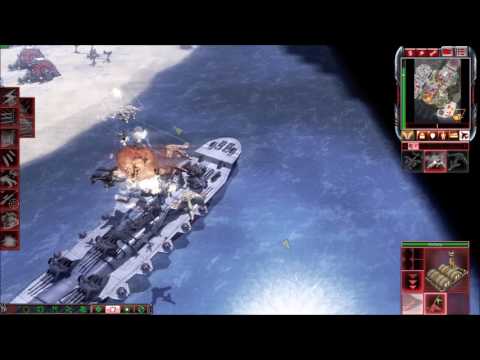 0
5
When Arrogance comes back to bite you

Kane's Wrath multi-player basics
Basic guide for a multi - player match versus other human ( or AI ) players In this guide you will learn some simple strategies and builds used in Command & Conquer 3: Kane's Wrath and Tiberium Wars multiplayer. Cheers!
35 ratings 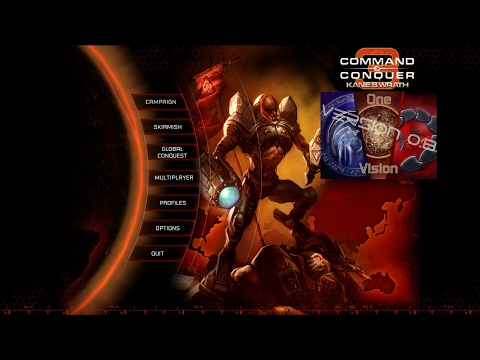 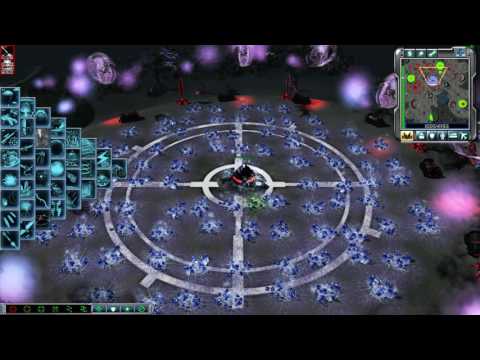 One of the brilliant things about Command & Conquered Remastered is how it remains faithful to the original real-time strategy classic while updating it in all the right areas.

But one area the developers left alone was a 25-year-old exploit. You'd think they'd want to fix it - but not this one, because it gave players a fighting chance against the rock hard AI.

I'm talking about Command & Conquer's infamous sandbag exploit - aka the best strategy against the AI on the hardest missions. 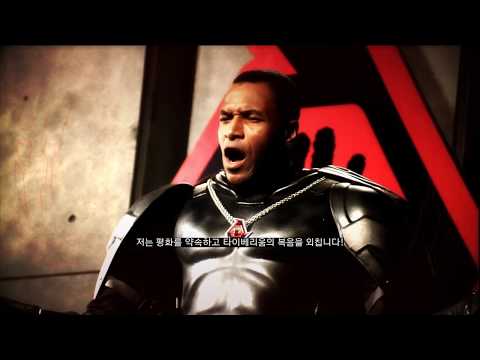 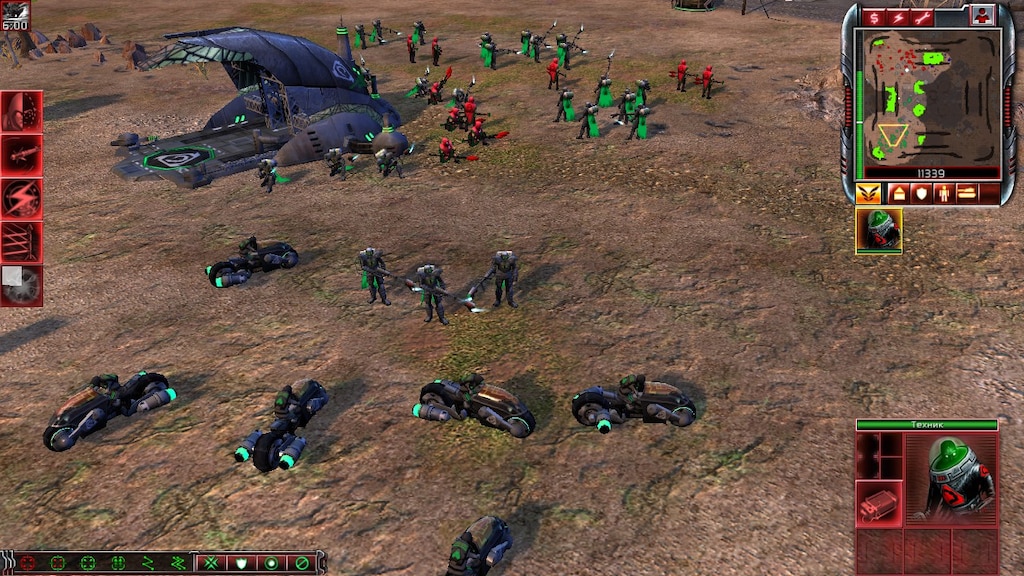 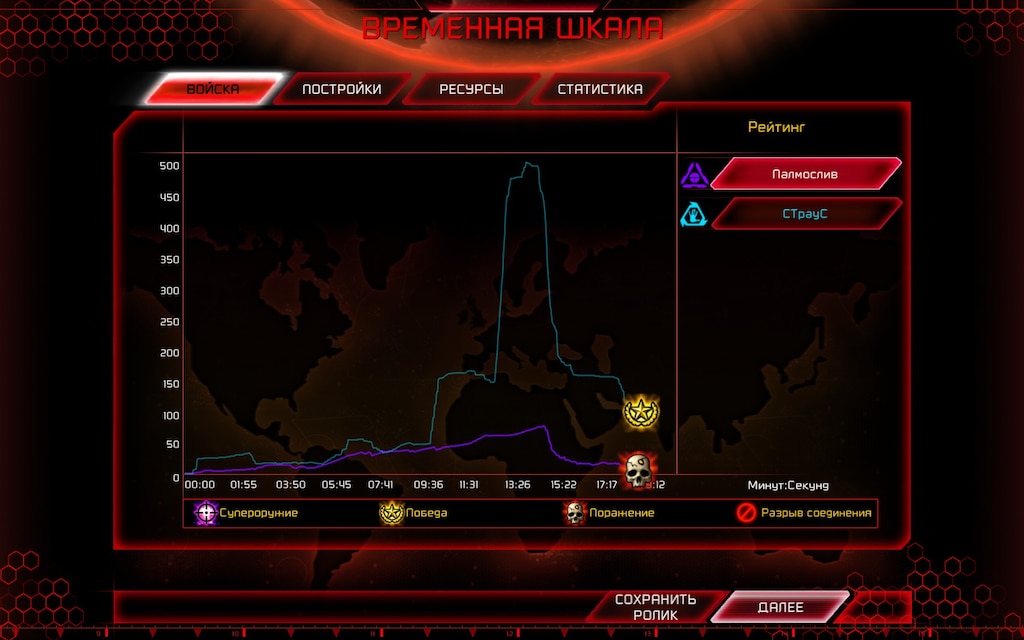 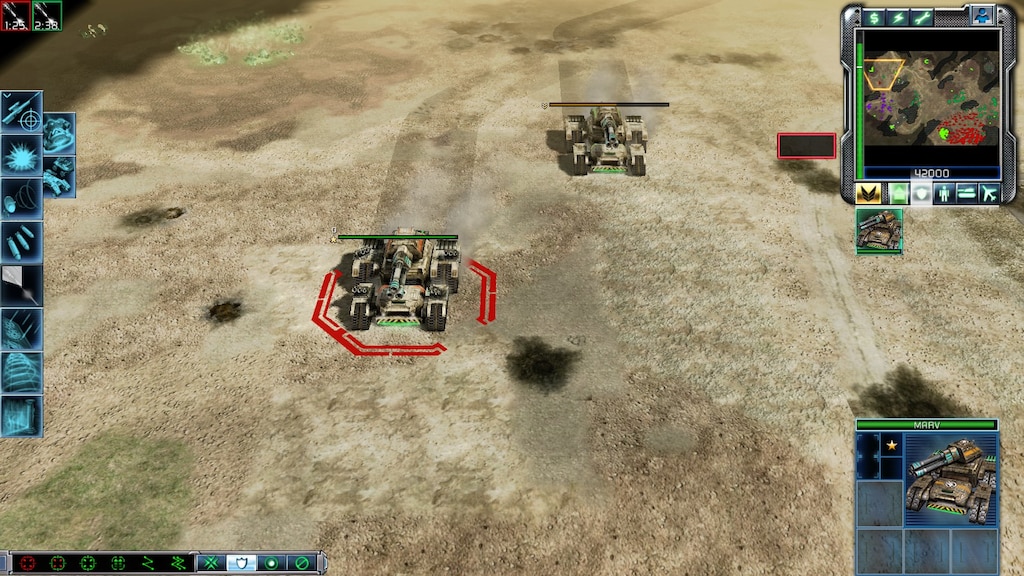 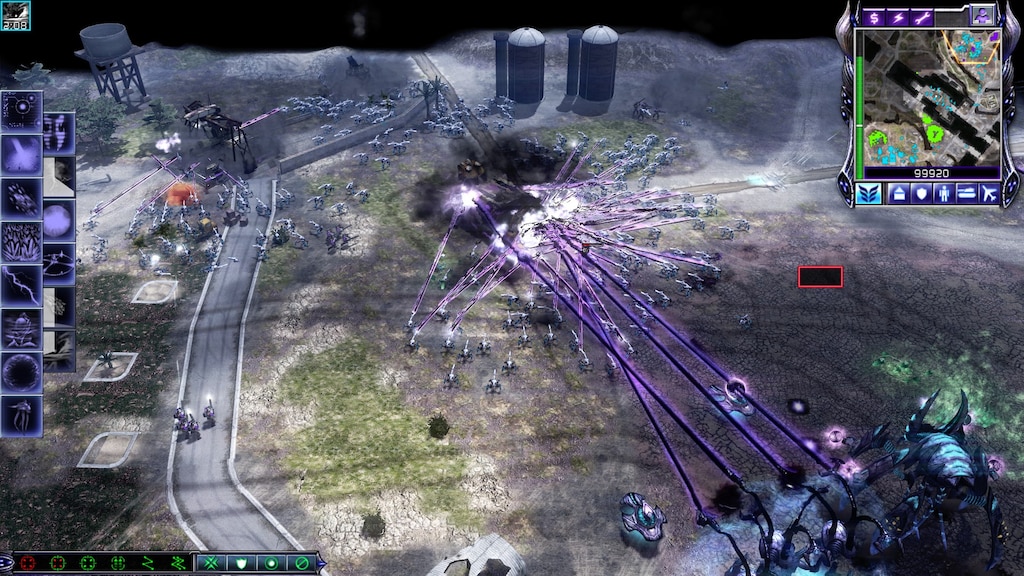 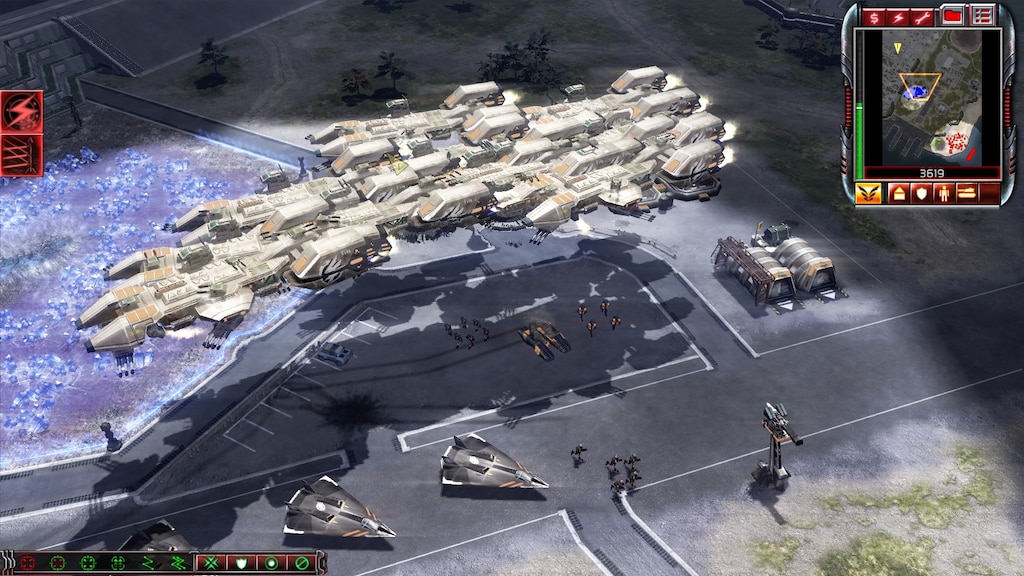 Not Recommended
8.2 hrs on record
I really wanted to like this game...

-Map design
The maps felt very "video gamey" to me. I'll illustrate with a few examples.

The first mission takes place in "the slums of Rio de Janeiro". Which is, according to the game, a ditch with an objective conveniently located at each of the 4 exits and nothing much else besides.

Another map was so by the book I could practically hear the map designers thoughts: "One base top left, another base bottom right, add a crevasse which runs a straight diagonal across the map aaaaaaand DONE!"

Last one: NOD attacks the GDI treasury. Bonus objective: steal a lot of money while you're at it. Which GDI apparently just leaves lying out in the open in a couple of boxes with a turret next to it. A much better option would've been to have the player capture a building which supposedly holds all of the money. This mission also irked me because they limited the sight range of my Shadow Teams, meaning I kept running in to enemy infantry and defense structures. I suppose they did this for suspense but this mission was still laughably easy, even on hard.

I get that the levels have to serve a purpose, which is to be playable. But the maps of the base game felt much more organic and alive to me. These just feel empty and lazy.

-Units
The game spends a lot of time jumping back and forth in the C&C timeline. This means that your units and abilities often differ radically from one mission to the next. Yesterday I lost a harvester because the harvester wasn't cloaked, while it did have that ability in the mission before that.

What's worse, I don't find the new additions all that interesting. The Purifier is essentially a less flexible Avatar and the Reckoner is this really weird APC holding only 2 infantry units which can convert to a permanent immobile bunker at which point it suddenly offers room for 3 units.

There are more units, sure, but before you can really get used to them they're taken away from you again.

I'm sure the multiplayer offers a more consistent experience and all of the units will be available there from the get go, but in the campaign I often felt limited by what I was allowed to use.

-Bugs and glitches
I'll start with the aforementioned Reckoner: its UI buttons for deploying and disembarking do not work! You have to use the hotkeys. Aside from that I encountered a few minor but annoying glitches. In one mission my commando couldn't blow up a building with infantry in it. She just stood right next to it getting shot to pieces. My Shredder turrets don't shoot infantry standing at the edge of the map unless explicitly told to do so. And multiple times I could've sworn I had sent all units to a new location only to learn that one or two hadn't budged an inch.

-Cinematics & story
Kane is great, like always, but the constant jumping back and forth makes the story incoherent and hard to get invested in. I think the whole thing might have benefited from having some more characters and sets. There's always the same set with just Kane and/or one other character being completely overshadowed by Kane himself.

-Conclusion
I consider myself a huge C&C dork so I thought I couldn't really go wrong with this. But not even Kane can save this one.

Teejoow
120 products in account
0
AI Levels
Hey I wanted to ask, each of the AI levels like Med and brutal, what more do they give to the AI exactly? What level is fair to the player such as both them start with the same amount of money, fog etc?
9

Warrior
Jul 23 @ 6:28pm
General Discussions
Steel Talons Rule...?
Do they really, though? How do you handle crowds against a Brutal AI? It feels like a constant backfoot battle.
15

HyperDeath
Jul 11 @ 2:32am
General Discussions
World Builder Keeps Crashing
I'm trying to open some of the Official Skirmish maps, and I keep getting a large error message.. Direct3D error 0x0x8007000e(E_OUTOFMEMORY) 11 addresses : (unknown)(0) : Worldbuilder.exe + 830734(unknown) - followed by ten nearly identical addresses, with the only difference being the number sequence after the .exe Anyone run into this anyone know a solution?...
2

-SNiGS- Slayer
Aug 5 @ 10:06pm
General Discussions
No one has rated this review as helpful yet

Recommended
23.4 hrs on record
my fav in the series

Recommended
28.8 hrs on record
I love the smell of tiberium in the morning!