Distance is an atmospheric racing platformer. Fusing futuristic arcade racing with parkour, survive a deadly, mysterious, neon-drenched city by jumping, rotating, and flying.
$24.99
Visit the Store Page
Most popular community and official content for the past week.  (?)
How do I fix this?
I’m on sector 01a but the timer is stuck at zero, meaning that starting the level is a never ending failure loop before I even get moving. Replaying sectors 01b or 01c and getting a better time but I still start 01a at zero. Do I need to start from an entirely new save?...
1

Trackmogrify: The Keywords Dictionary
The Trackmogrify gamemode is interesting in itself, but it has 300 or so keywords to modify the tracks at your will! These are ones discovered so far, and what they typically do.
203 ratings 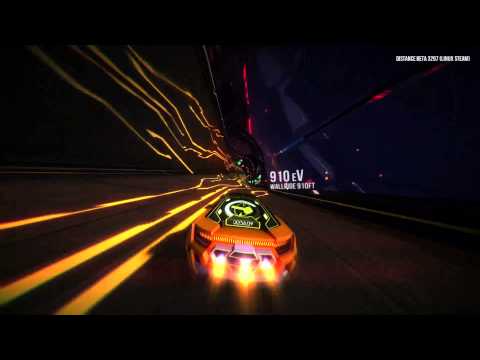 HER0 01
View videos
Visit Workshop
I'm Trying To enter the workshop from the Game, but i not Getting in There. I Press many times, and nothing Hapens. Can you Solve the problem, please?
1 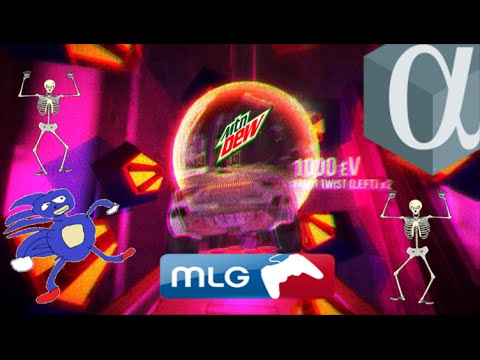 How To Play Distance
Everything you need to know on how to play Distance, and more, all from a veteran Nitronic Rush player! (Distance is basically a new and improved version of Nitronic Rush. Nitronic Rush is free though, give it a try!)
83 ratings 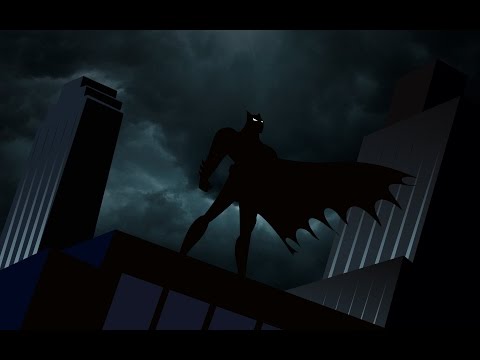 Distance 100% Achievement Guide 31/31
This is a 100% Steam Achievement guide for Distance. The old guide is outdated and not supported. Tracking down much of this information was oftentimes difficult and time consuming. Rather than letting it go to waste strictly on myself, I compiled a list o...
63 ratings 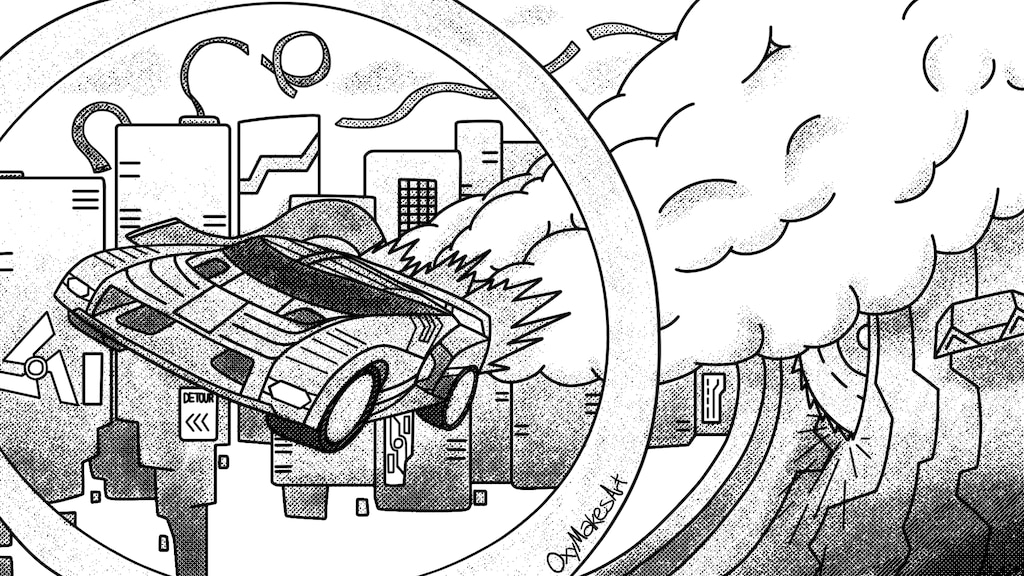 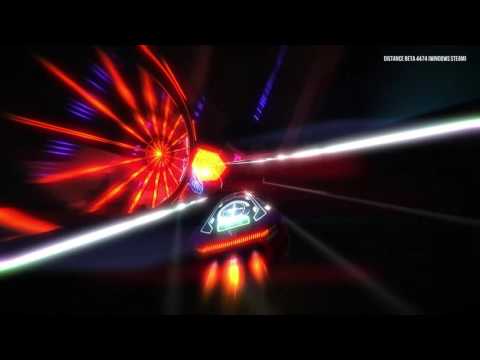 The reason I can't say it's perfect is because the difficulty is either low enough that it doesn't feel like a challenge or high and unexpected where it breaks the flow of the game. It never achieves that speedrun feeling you would get from playing a flawless run on a bit.trip runner level or 60 seconds of super hexagon, for example. The levels are just not structured like that. Instead you get many checkpoints that make it feel like you can just brute force the game all the way to the end. 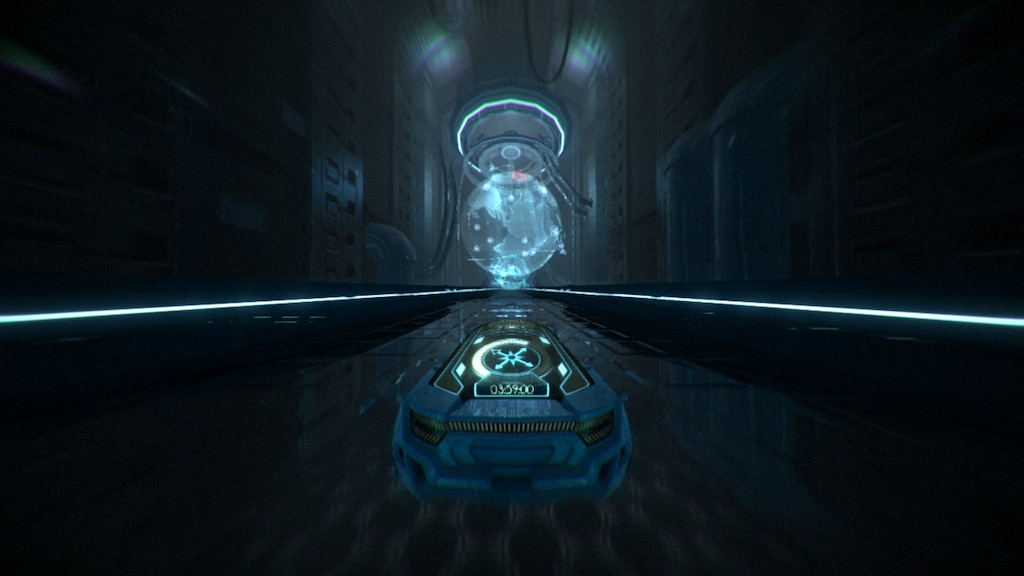 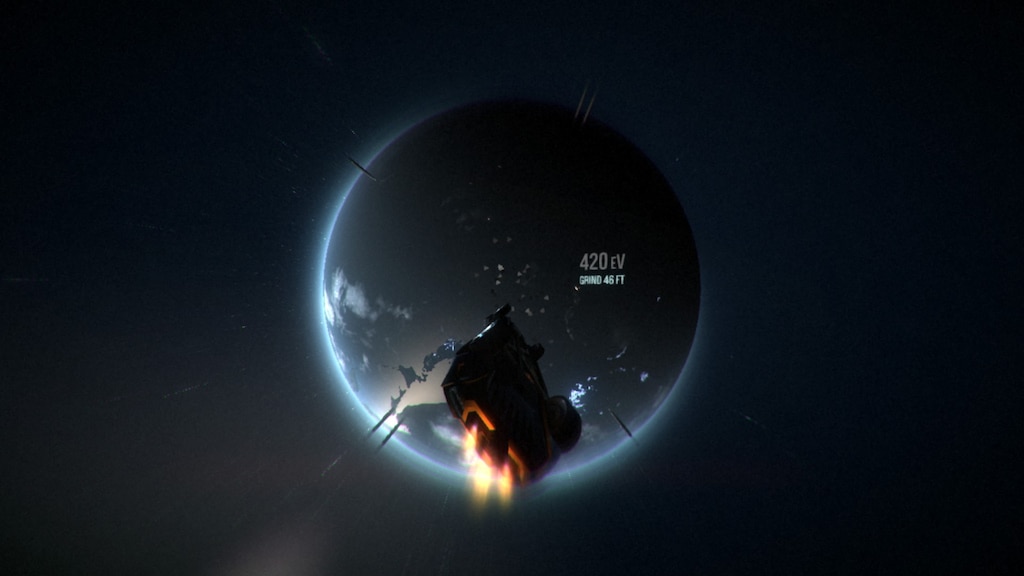 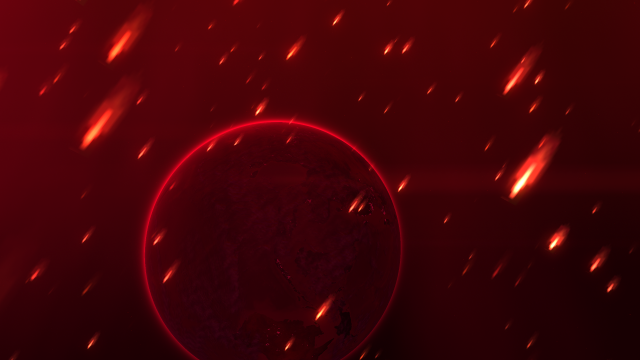 0
0
Playing Amusement for the first time 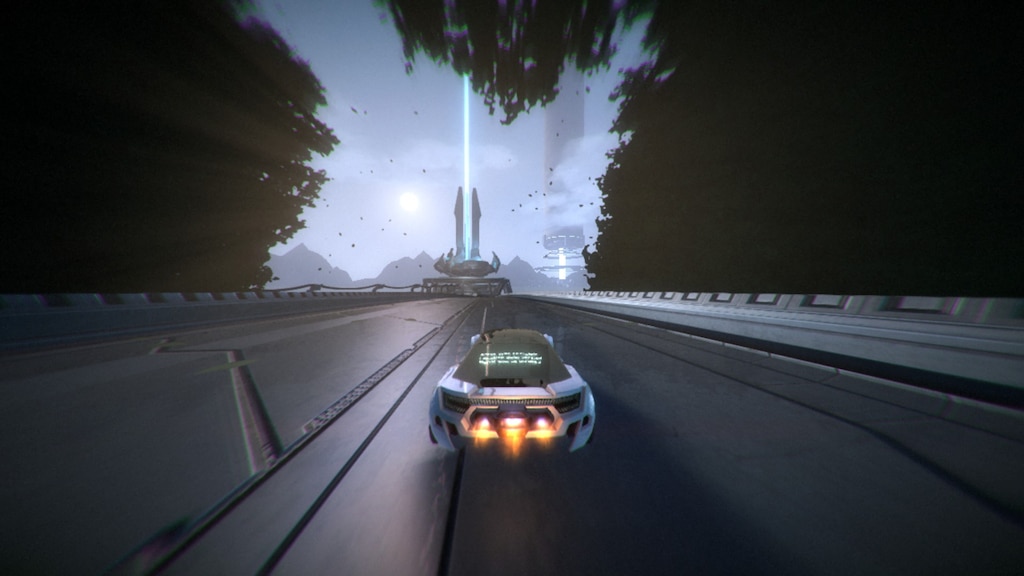 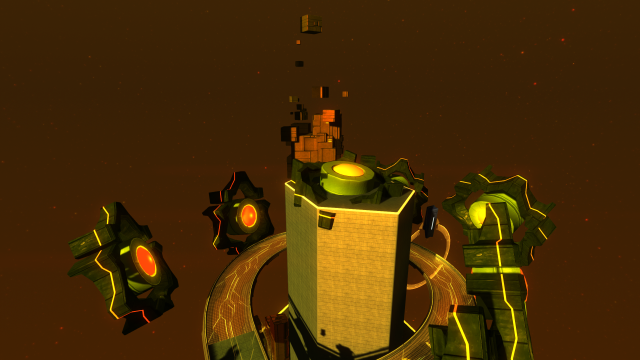 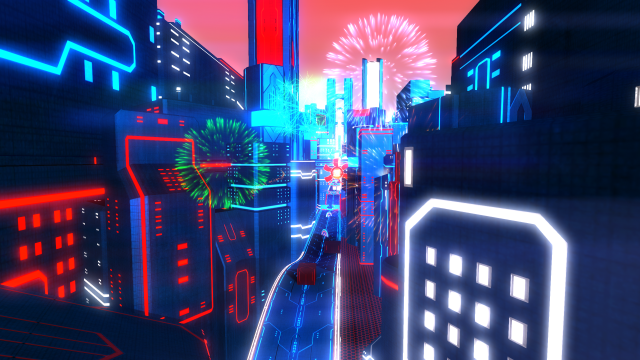 Recommended
6.7 hrs on record
Its visuals, soundtrack & gameplay are something to behold. Personally i think this game is a piece of futuristic dystopian art

Recommended
20.7 hrs on record
Distance is a really unique driving game with a beautiful aesthetic, intricate controls, and a great soundtrack. The main story of the game is short but enjoyable, and there are many other things to do such as unique time trial tracks, stunt tracks, and community-made levels. Overall, I would highly recommend this game to anyone who likes racing games or cool cyberworld aesthetics.

I've also played the game in VR, which worked well, but I personally prefer the third-person follow camera that is standard for driving in many games, with VR only allowing a first-person driving camera last time I checked. I've also tried the game with the Logitech G502 racing wheel, which works perfectly on a technical level, but is pretty much unplayable due to needing many more controls than just steering and pedals available at any given time to fully control the car.

If you liked this game, or if you want to see if this is something you might be interested in, I would recommend taking a look at the prototype to this game, "Nitronic Rush." It's not on Steam, but it's free to download. It's not quite as polished as Distance, but it includes mostly the same controls, visuals, and obstacles. 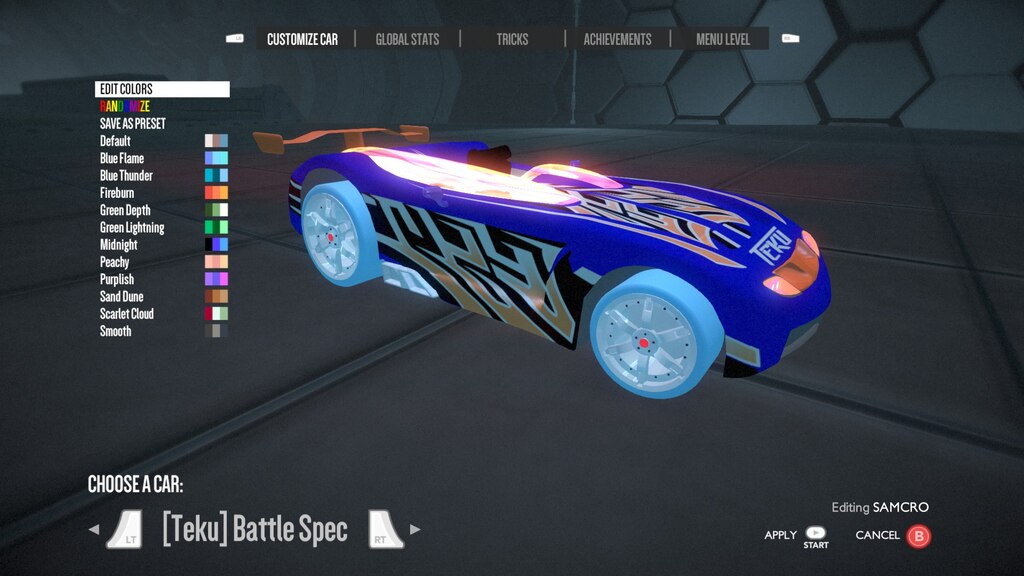 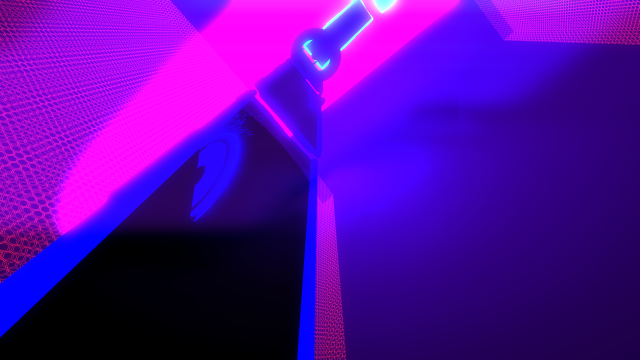 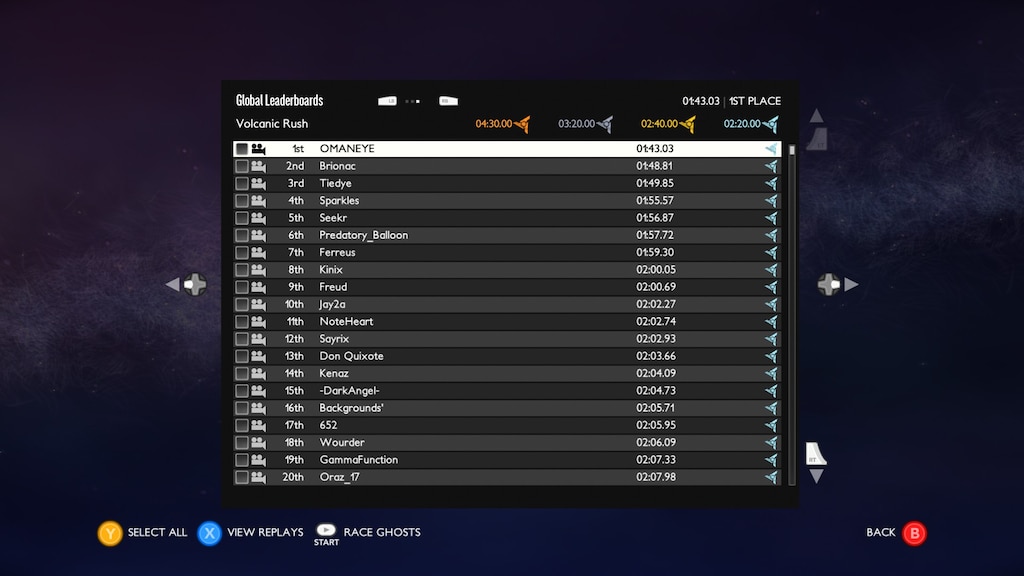 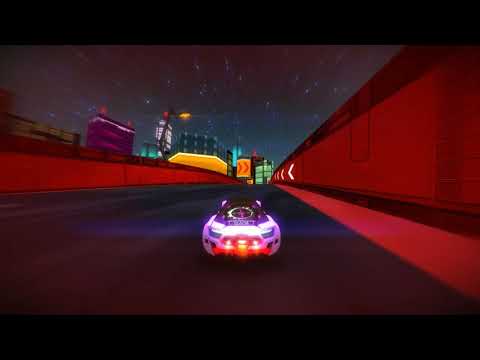 0
0
Radical Highway but in a car

The Insane Penguin
View videos
[UPDATE w/ video] Screeching sound instead of custom music?
I tried to use the Custom Music option in the Audio settings, but instead of music, it plays a constant high-pitched noise that's hard on the ears. Is there a way to fix this?
6

Demighost
Jul 8 @ 5:58pm
Technical Support
unrecognized joystick on linux
I really do not know what to do, yet steam and other games recognize my controller ... I have tried all the different options in the properties of the game including the "Steam Input" but in the game always the keyboard offered... I really hope someone can help me! thank you in advance! signed: someone desperate ps: sorry for my english, i'm french...
8

Grand.mechant.pas.beau
Jun 30 @ 10:53am
Technical Support
Game keeps crashing
I sent an email about this so I'll just paste it here along with a link to the crash report. "I've included the crash report zip that appears next to the game executable. It should be noted that I was playing with boombox mode on and with custom music. I also had community ghosts disabled. I don't know if this crash would occur outside of the sprint game mode but I can confirm that it happens on both workshop and non-workshop maps. I'm not smart enough to know what exactly is going wrong but during my b...
3