Resident Evil® Revelations returns redefined for PC complete with high quality HD visuals, enhanced lighting effects and an immersive sound experience.
-77%
$29.99
$6.89
Visit the Store Page
Most popular community and official content for the past week.  (?)
RAID Achievements
Hello there. I am lvl 49, I have 6 achievements left. I am looking for a high level partner to help me finish the last 4-6 lvls in abyss with an S rank and as well the Ghost Ship if possible. Appart of those I am just trying to get as many trinity bonus to get the 150 bonusses, so that's a plus...
1

Last Victim
Finally i did it! This is a english guide for the "last victim" achievement.
252 ratings 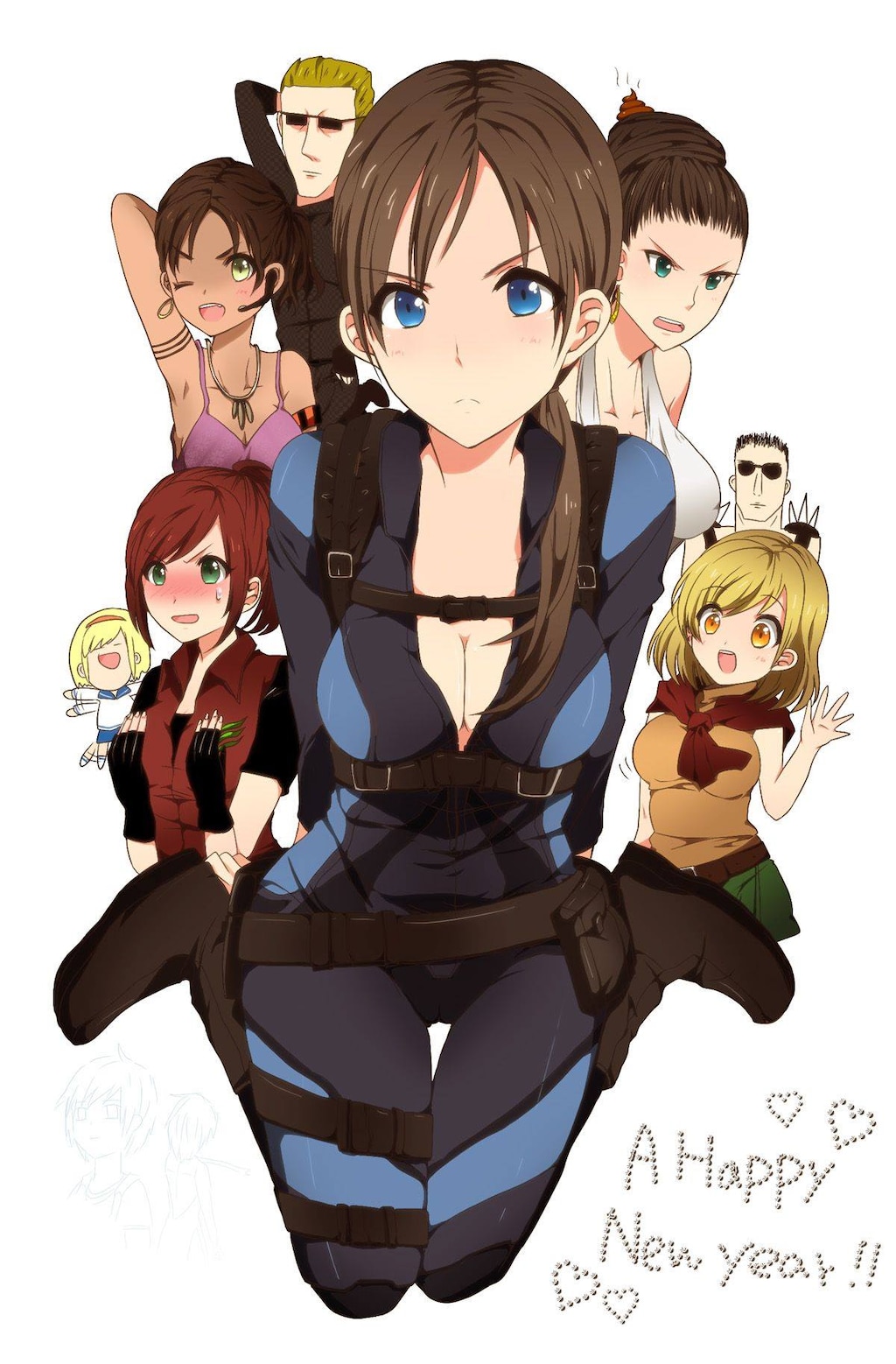 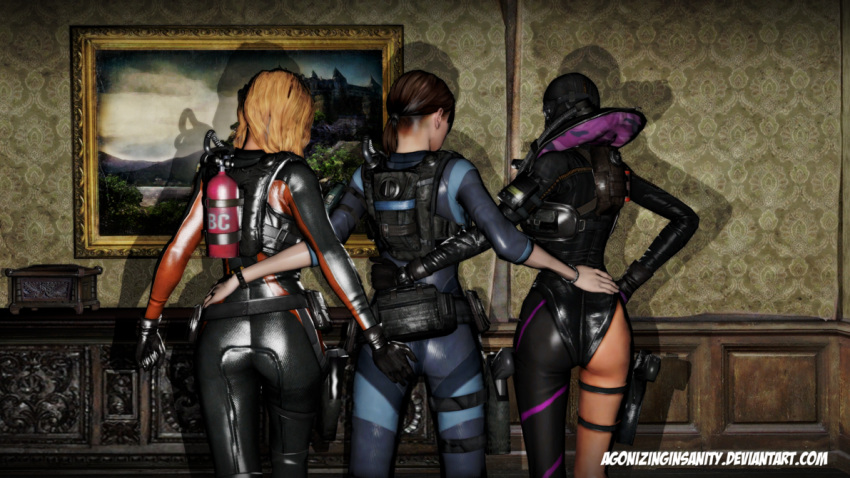 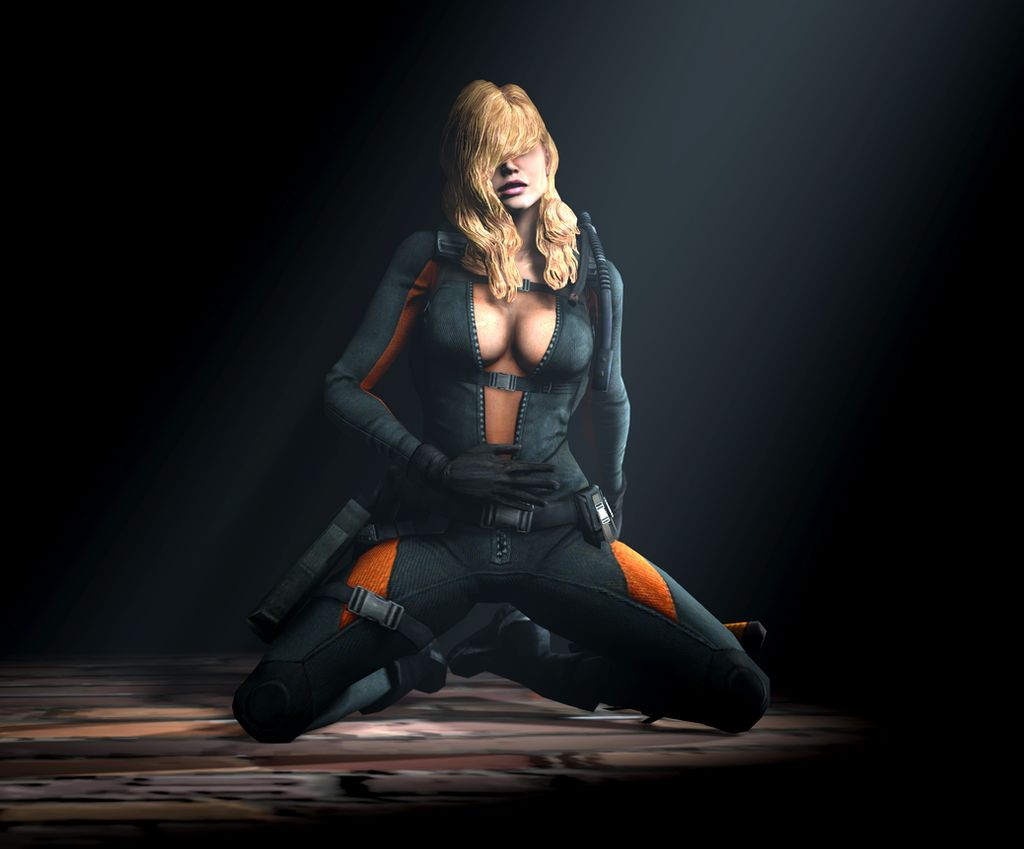 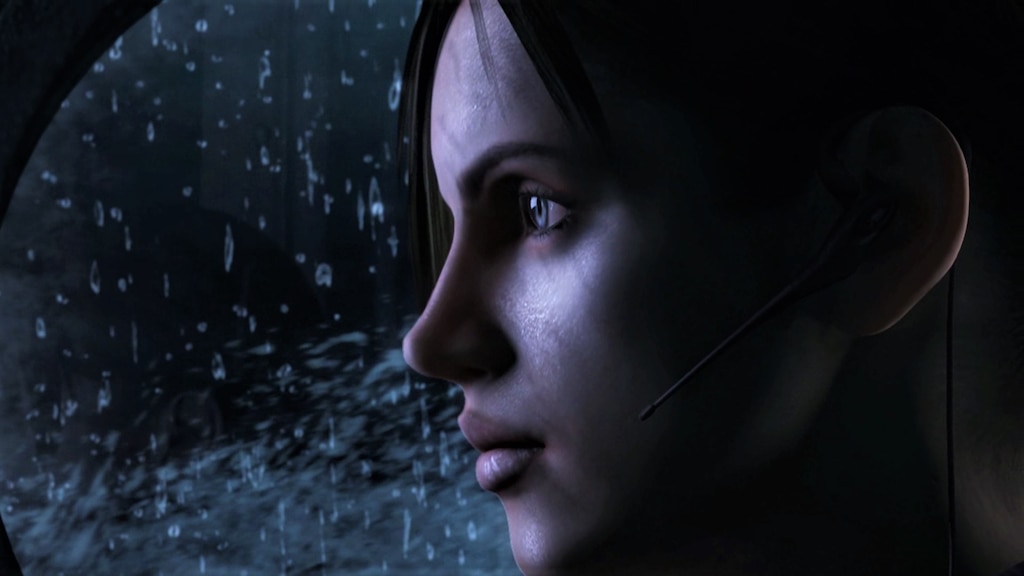 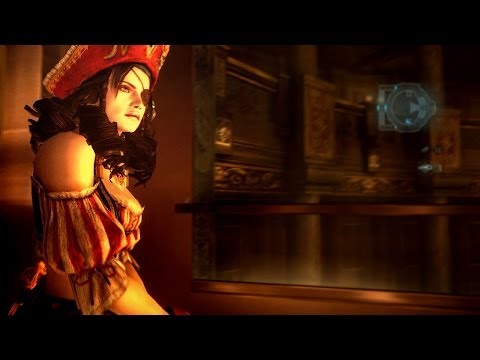 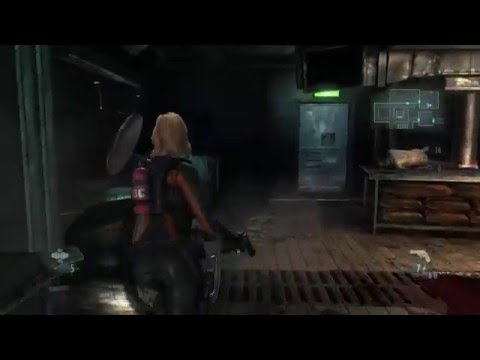 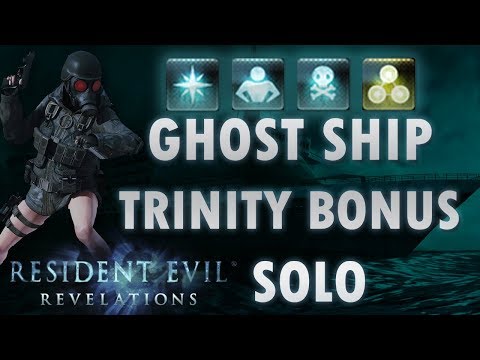 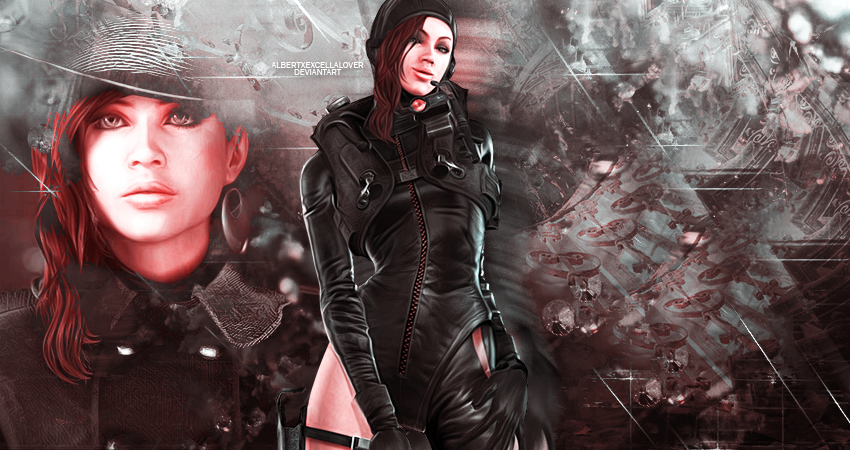 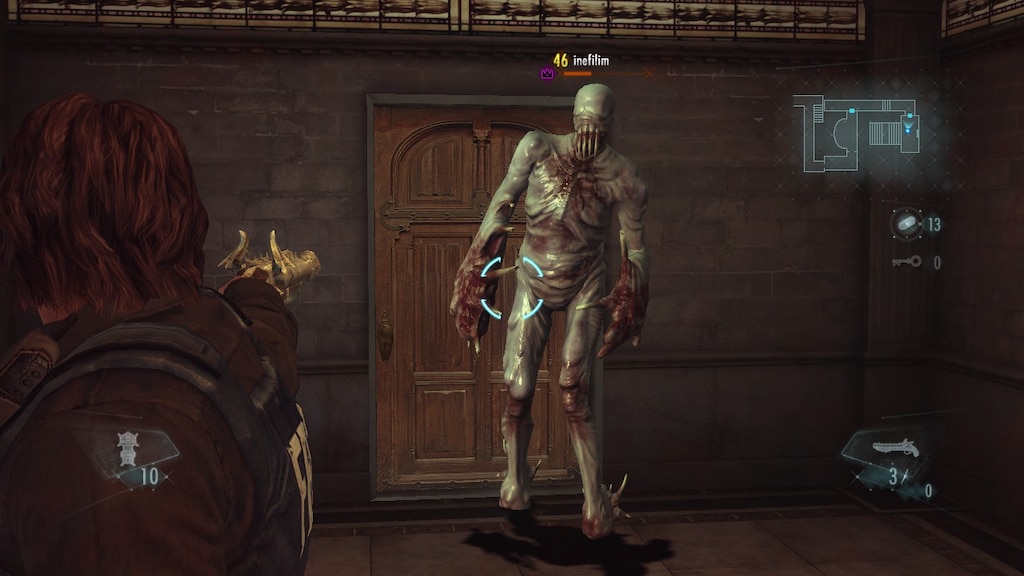 Revelations: Roll Back / FOV Change
Step-by-step instructions for getting the old version and changing the FOV. 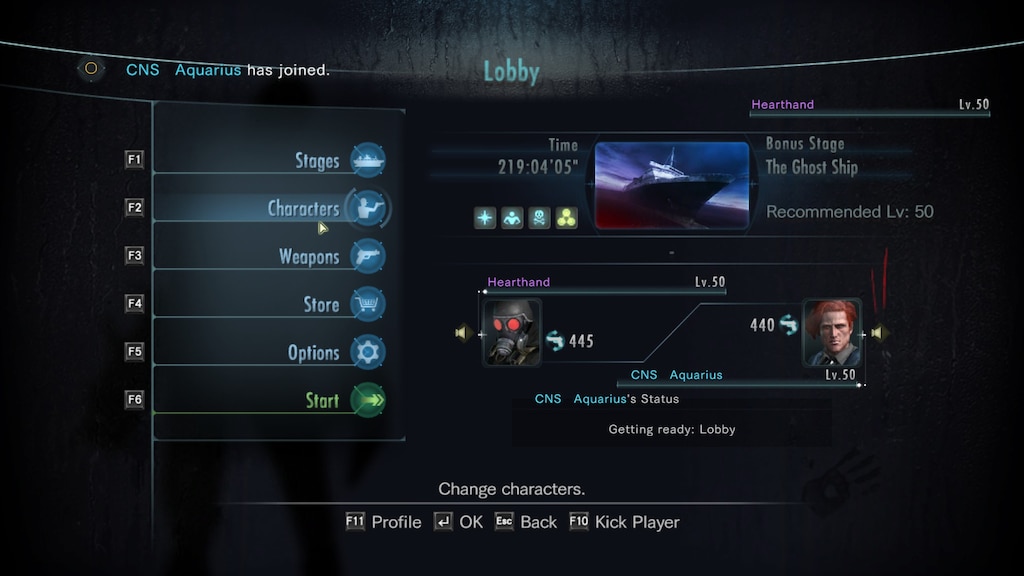 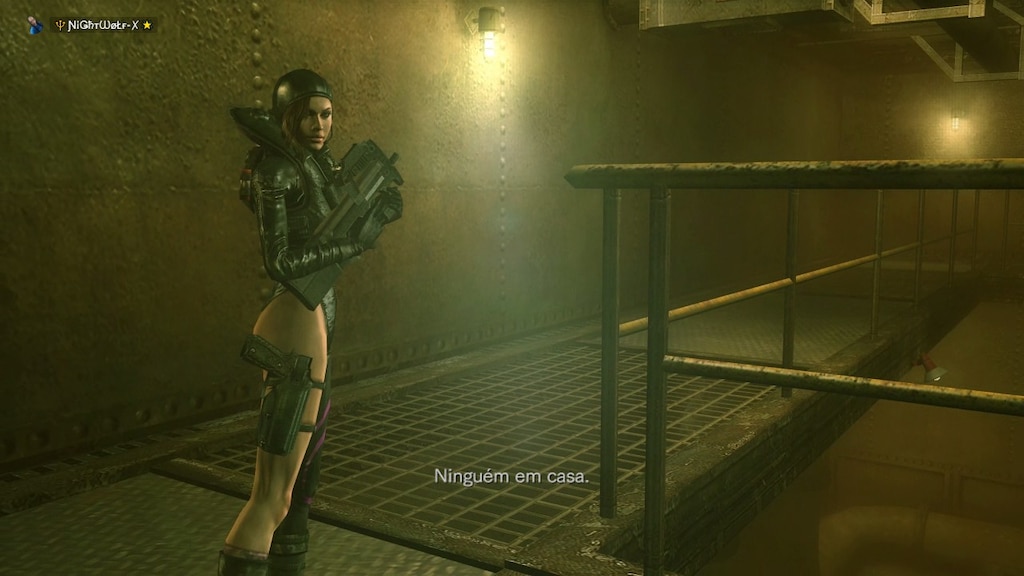 Recommended
98.8 hrs on record
While this game is originally a port from 3DS, it is still quite fun to play and pleasant to look at. But they way your bullet hits the enemy and blood spurts out is very weird, and the partners are...useless. I have a feeling they were shooting blanks from their guns or doing it just for show? Don't expect anything from partners AI in this game, they won't save your ♥♥♥, and certainly don't expect them to take enemies down when you are out of ammo. You will be down loooong before they can take the enemy down for you. The atmosphere in the beginning is quite tense, dark and keep you on the edge of your seat as you don't know what's lurking in the dark corner over there.

However, this game DOES NOT offer coop play for campaign, online coop play is only avaible in Raid mode. So if you are here because of how fun Resident Evil 5 coop play was, then no, this might not have what you are looking for. Nevertheless, the campain is decent, scary and entertaining, as the horror elements are actually present in this one. Raid mode is quite fun and RPG like. If you are hungry for Resident Evil games, like pew pew on zombies or finding some thrill from being scared from time to time, this should satisfy you. Don't expect some deep and meaningful plot, air-tight plot or well-written dialogue, just... don't. 10/10 would buy for Sailor Chris though.

Not Recommended
0.4 hrs on record
This game is a solid 6/10. If you think RotS is the best Star Wars movie, you'll probably think this game is a 10.

Not Recommended
11.1 hrs on record
Now this right here is the game of the year. Sure, one can argue it's a glorified skinnerbox of the "grind until you get all the gear and custom parts you need for your build of choice then go for high scores while tinkering with your setup and playstyle, while hoping that hackers did not destroy the leaderboards TOO violently" variety, but honestly? If that's your thing, then you will love this game. God knows it's right up my alley.

The problem, however, is that the developers at Capcom were in their scrap age(the opposite of a golden age). Given that this game was made in the same time period as DmC Devil May Cry, Capcom knew that they had to ♥♥♥♥ up this game too. Ergo, they hid the game behind the label Raid Mode and forced the players to play what is the absolute worst excuse for a Resident Evil campaign since 6. It's more or less the same narrative structure of "HEY GUYS LOOK AT THESE CHARACTERS YOU RECOGNIZE AND A BUNCH OF NEWCOMERS WE'LL NEVER HAVE SHOW UP AGAIN" as RE6 but with somehow even worse gameplay. No, Capcom, the "enemies dropping nothing with VERY few exceptions means you gain nothing by fighting enemies OoOoOoOoO THIS IS A HORROR GAME AGAIN BETTER RUN" idea does not at all work when you still use the RE5 game design of "implying you won't get punished just for running away LOL"

However, to compensate, they added a dodge function! Wait, no, sorry, that's wrong. They added a dodge ability. See, it doesn't ♥♥♥♥ing function due to what I can assume to be the world's most spastic RNG dictating if you can have it work or not. The game itself says "press A and then up or down on the control stick to not get hit" and next thing you know, you're doing your damnedest to figure out how this barely-function feature works... and then you're somehow able to do it by just repeatedly going left. And then that stops working and
you're once again trying to figure out how this abominable dodge can even be used.

So you take the original Resident Evil trilogy's "low supplies, and game designed to give you a way to swooce out" design, then mix it with the post-4 era's "game encourages you to shoot those infected SOBs up and use your kick/punch of death after you shoot the right parts of an enemy, and gives you a far more generous amount of supplies as such" design, cut out the latter parts of both groups, and expect you to endure it for Raid Mode. It's just Final Fantasy XIII levels of "you have to play all this garbage if you want the fun," except it's arguably even worse because you get taunted every three chapters by the drip-feeding of new levels. This WILL burn you out and just make it worse to go back to the campaign, might I add, so don't take the bait.

In short, Resident Evil Revelations is a great game, but sadly the devs labelled it Raid Mode and forced us to endure the absolutely abhorrent campaign, which somehow goes from RE's usual "cheesy, kind of bad, but amusing" narrative to "just stupid" to unlock every level.

The Noob
Jul 4 @ 6:42pm
General Discussions
RAID Achievements.
Is anybody interested to help me with RAID achievements. I got 4 of them left to complete. And those are: clear the bonus stage, The Ghost Ship, defeating 10,000 enemies and rare weapons like 2 of them left to get them. I'm level 47. If any RAID gods wanna give a hand that i would appreciate it....
3

Krivi
Jul 4 @ 2:25am
General Discussions
game lore
im kind of ne wto the resident evill games my first one was resident evil 5 since then i playd 4 a few years ago and now finished 7 and started 2 remake what i want to know is this game need to be playd for the game story am ii not going to understand a thing becuse i didnt play it or i can skip it to tell the truth im not i want to play revulations 1 or 2 but if i have to i propobly will do it juust need advice if its nessecery to play it or not thx for the help :)...
6

ReaperOfSouls
Jul 2 @ 10:56am
General Discussions
RAID achievements and S Rank
Finish all but 1 achievement for Campaign and trying for the RAID achievements atm. Anybody wanna help me with the S-Ranks and Dynamic Duo achievements please, I'm level 10 and decent so if any RAID gods wanna lend a hand that would be awesome
16