You are a gun for hire, trapped in a war-torn African state, stricken with malaria and forced to make deals with corrupt warlords on both sides of the conflict in order to make this country your home.
$9.99
Visit the Store Page
Most popular community and official content for the past week.  (?)
The game no longer launches for me
i bought the game in 2020 and it worked fine at the time and know coming back to it I can't get to the main menu it shows me a black screen and then closes
1 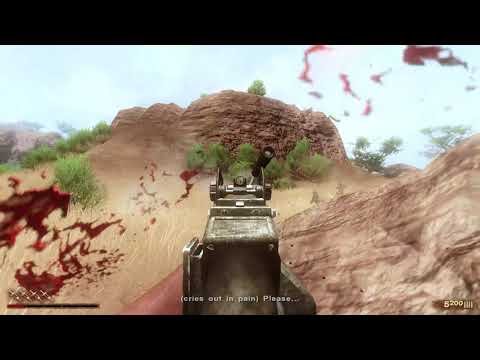 Different resolutions full screen fix
Running a 1280 x 1024, or 1920 x 1024 monitor? Changed the resolution in far cry 2, makes the game in windowed mode? This guide will help you to fix that. ATTENTION: This may not work for everybody, however, it helped me, hope it works for you as ...
56 ratings 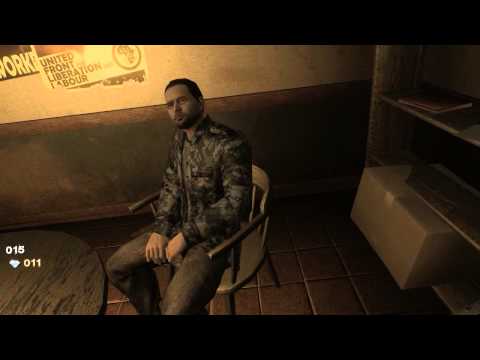 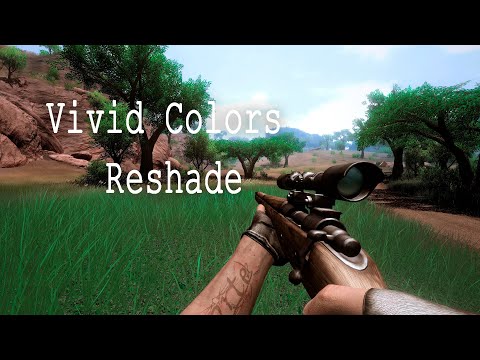 EASY FOV
HOW TO GET A BETTER FOV IN FAR CRY 2 yeah I know.. old games = bad fov. but what if you check the console key? (standard is ^ in the left corner of your keyboard) now you have to type gfx_WidescreenFOV # inside the console. th... 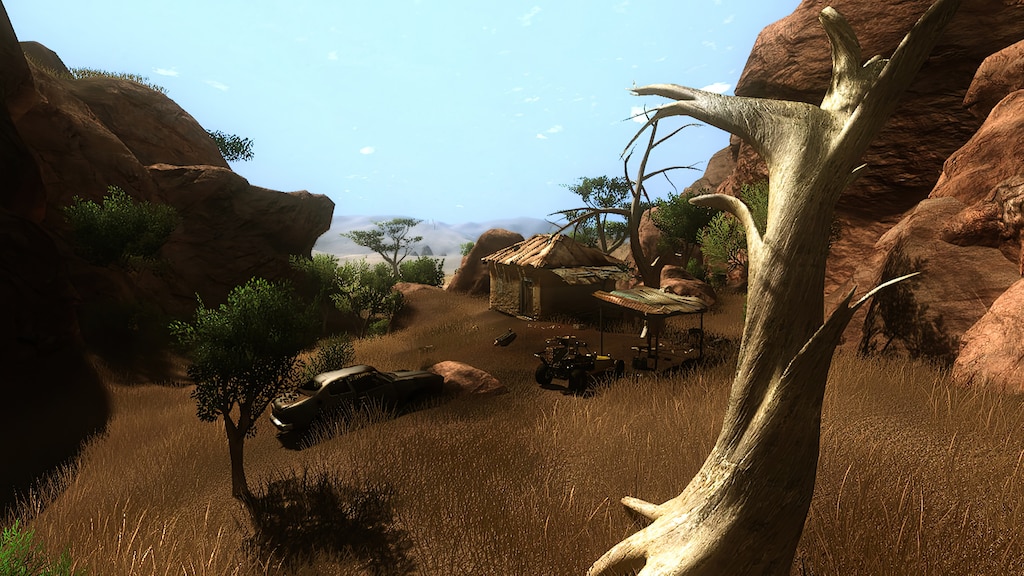 Far Cry 2 Restoration Guide (original guide by Burnedfood)
A collection of mods and tweaks to create the optimal experience possible, while retaining the vanilla feel, and developer's vision. 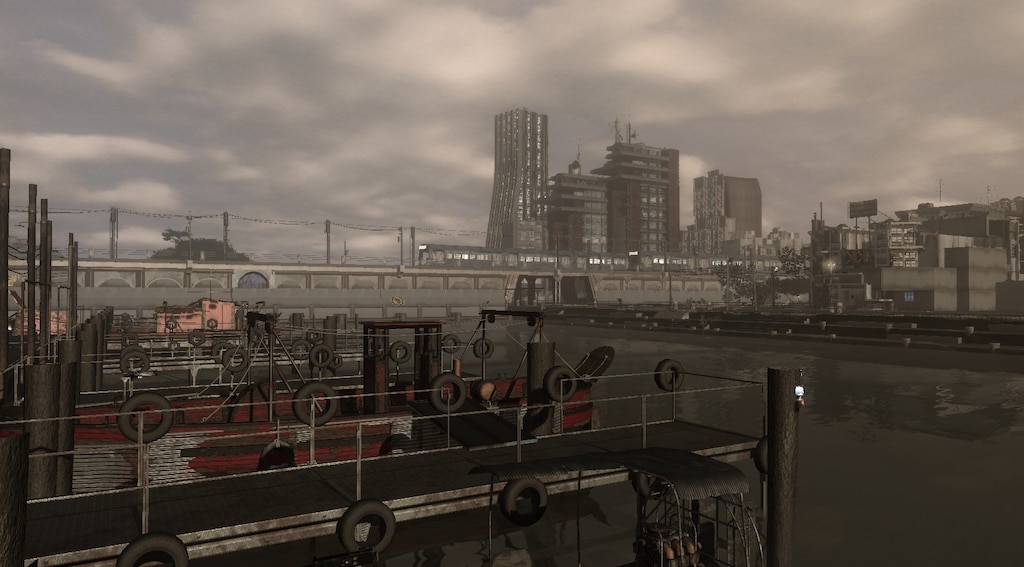 Not Recommended
8.7 hrs on record
I really wanted to like this game, but it's just sort of a reminder that Ubisoft titles have always been sort of boring for me. I remembered liking it back when it launched but I never owned it, only playing it at my friend's house. Now in 2022 the game is really showing its age with the absolute worst Ai, game world traversal, gun play, and color pallet. The pacing for this game is slower than your great-grandfather's jitney, just meandering all over this sun-dried tomato of a country having to deal with enemy guard posts that are always stocked with men who know how to push their silly little jeeps from 0-100mph in 2 seconds so you can't just blitz past them, you have to get out and waste your resources. The gun play is wildly bad where the enemy won't even react to half a mag of 7.62 being dumped into them, they just stoically stand there, aim unfaltering in their defense of I really can't tell you. Its contrived that you even have to deal with it at all with your chosen faction shrugging and saying "we can't tell them were dating because its complicated". The vehicles make me want to throw up as you bounce around and come to dead stops on small bushed and tumbleweeds. Holding up the map to navigate was fun until you have to repeatedly glide from one end of the map to the other, and even moving around the small grids is such a chore due to the Ai and awful roads. The NPCs masquerading as characters are so flat and uniquely uninteresting that I can't in 8 hours remember a single name. The most interesting concept this game has going for it is the malaria flare ups and having to get medicine, its hardly an inconvenience but it does make you feel like a mortal man in a fair way which is refreshing.

All in all I got this game when FC6 came out and my friend was playing it right beside me as I was playing this and all I can say that changed was in FC6 the game no longer looks ugly, but it was the same boring gameplay with more weapons that all feel and act the same. I know this game is supposed to be the underrated classic but for me, for my 2.99 USD it is simply a waste of time. 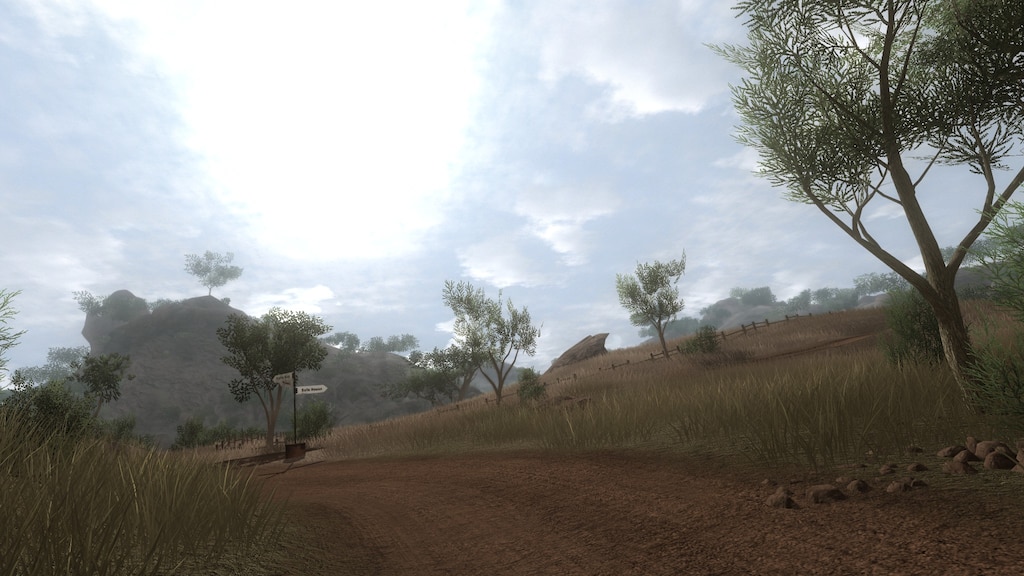 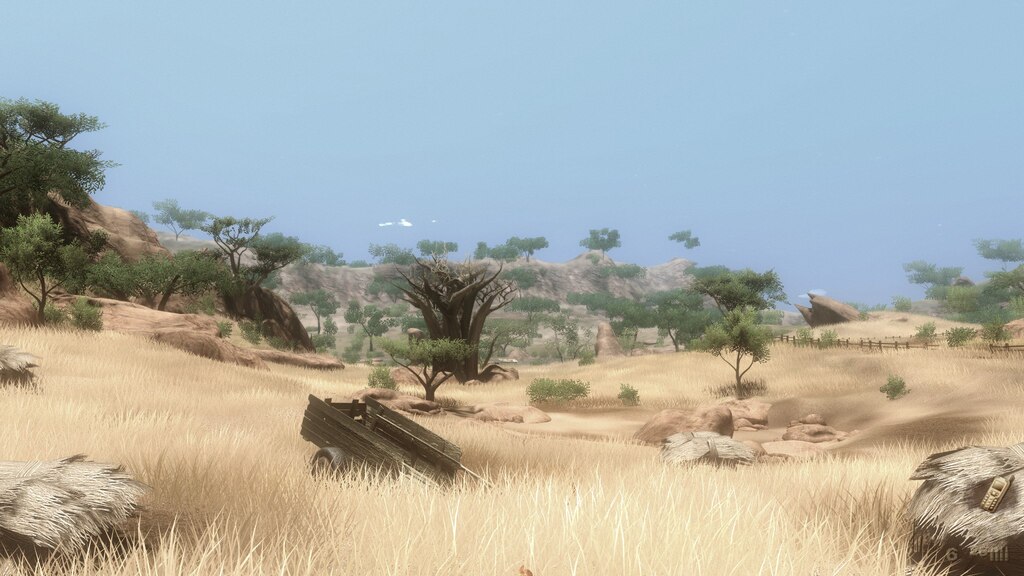 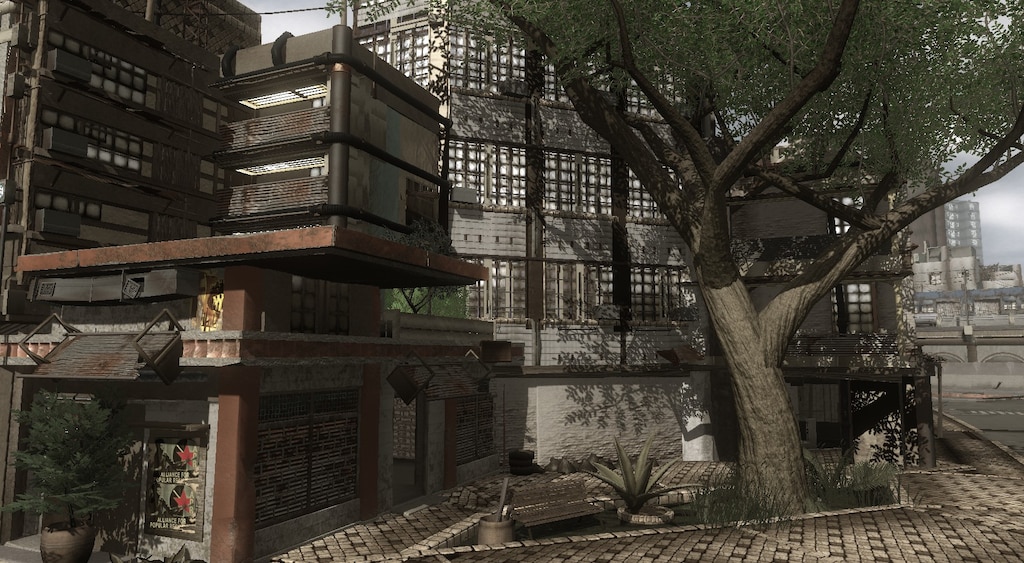 0
1
Inniglia - Corner with Bench and Tree 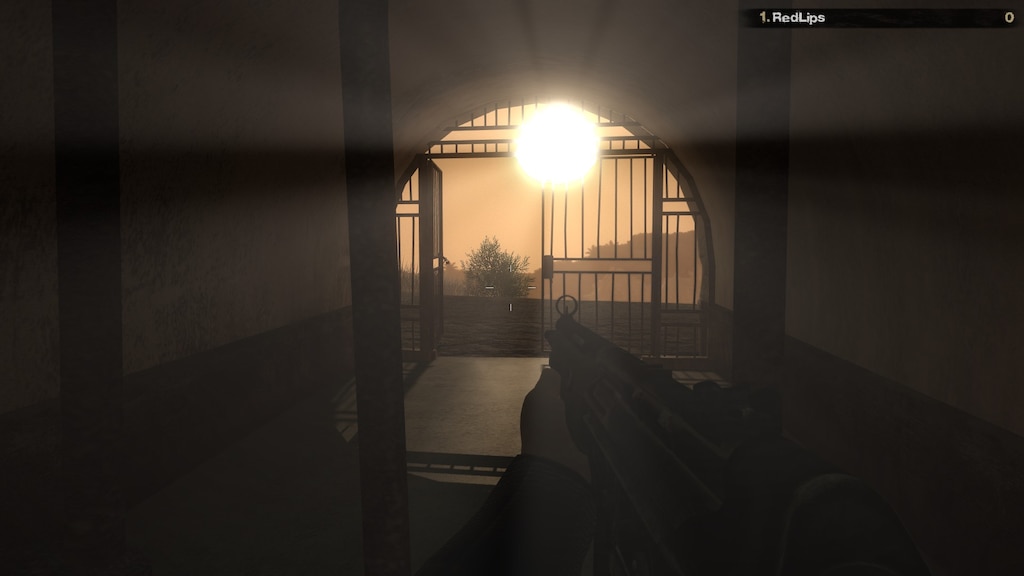 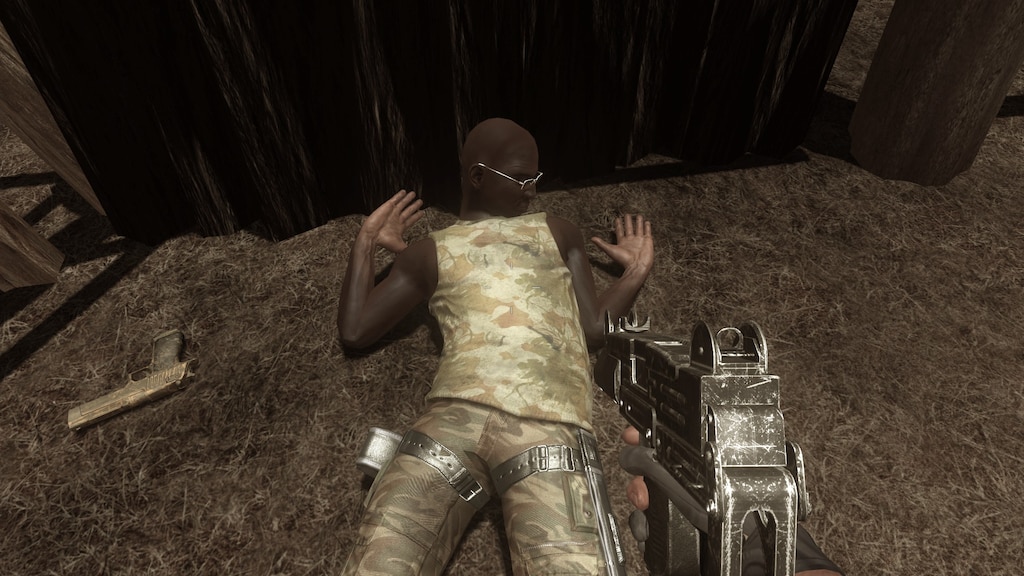 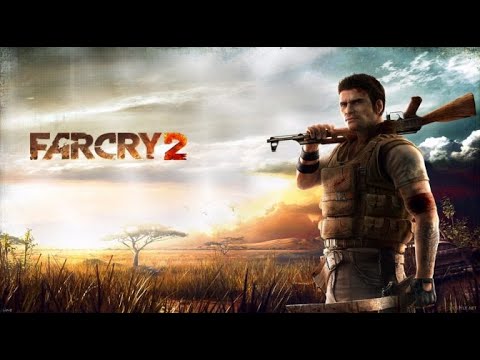 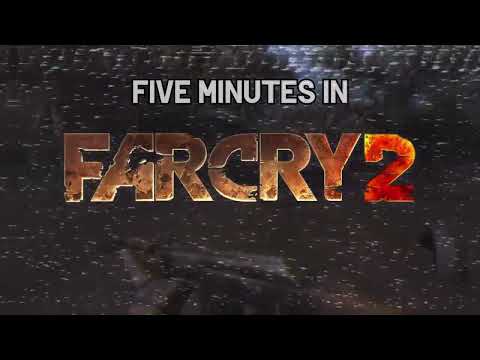 Not Recommended
0.9 hrs on record
Very buggy. Got soft locked within the first hour of gameplay. Definitely use mods to fix the bugs if you're looking to play.

blobyblobfish224
77 products in account
0
Why review bomb Far Cry 2???
I know about the whole controversy regarding Ubisoft making games and DLCs inaccessible even to people who purchased them (ace move Ubisoft btw, what a joke you are). So people start review bombing the games that it affected. Fair play. But why the hell review bomb Far Cry 2? It's not one of the games that have been affected! If you want to draw attention to the issue by review bombing other Ubi games, go for newer ones at least! Why target the ONE unique Far Cry game that its community is hoping to see m...
19

Bullett00th
13 hours ago
General Discussions
This game ...
I want to present that I'm not English and not used to speaking or writing this language so I'm really sorry for the mistakes and all the blunders. Also, I suggest you to not read this if you didn't finish the game. I'm pretty sure that everybody who played this game and like the impression it can put into your mind will be agree with this statement : this game has a soul. And it is more noticeable that despite we never saw as many games on the market, it is really hard to find, in this jungle, a remarkab...
7

Gamer Maid
Aug 8 @ 1:53am
General Discussions
Turn off HUD entirely
Has anyone figured out how to turn off the HUD completely? I know it already has a immersive hud, but I want to turn off the on screen prompts for interacting with something and picking up a new weapon.
11