Rise Against Ruin - Unite a party of League of Legends Champions, explore Bilgewater and set sail for the Shadow Isles to uncover the secrets of the deadly Black Mist in this immersive turn-based RPG.
-40%
$29.99
$17.99
Visit the Store Page
Most popular community and official content for the past week.  (?)
Bug Reporting
Hey All! Thank you so much to everyone for playing Ruined King: A League of Legends Story! We wanted to let you know that your experience is incredibly important to us and encourage you to report any bugs you may encounter to our support team. https://support-riotforge.riotgames.com/hc/en-us...
321

RiotBean
Jun 28 @ 7:53pm
General Discussions
I look video here on steam
I like the voice on samurai guy and the girl... But in beginning of video moxxi talk?
2

Ruined King & The World of Runeterra: Introduction to the Universe
This guide aims to describe the backstory of the characters and regions you will find in the game. It is primarily for those who are new to the universe, but still offers something to players who are familiar with League of Legends or Legends of Runeterra....
34 ratings

Skip Intro Logo
This guide explain how to skip the intro logos to boot the game directly to the main menu.

Not Recommended
64.3 hrs on record
I have no idea how Ruined King is this highly rated with how absurdly buggy and cluncky it is to play. Hated every moment after the halfway point of the game, really don't recommend this game even if you are a fan of the lore. Watch a playthrough of it, don't buy it. 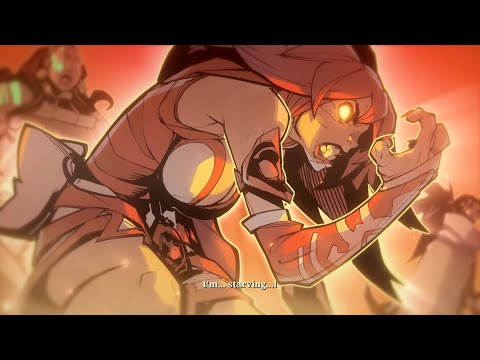 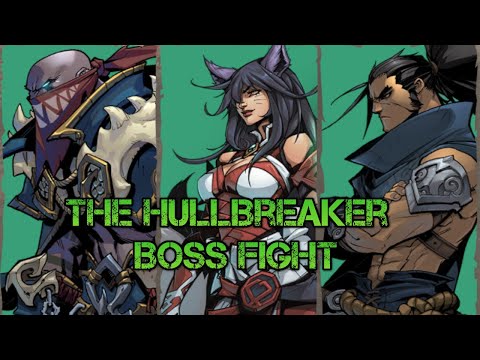 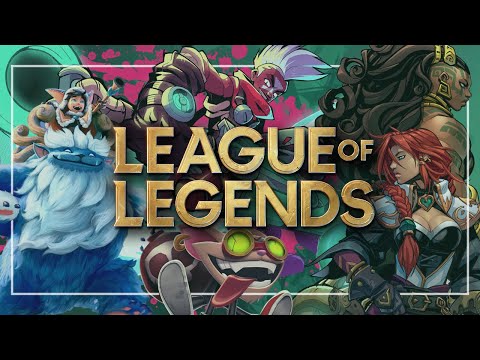 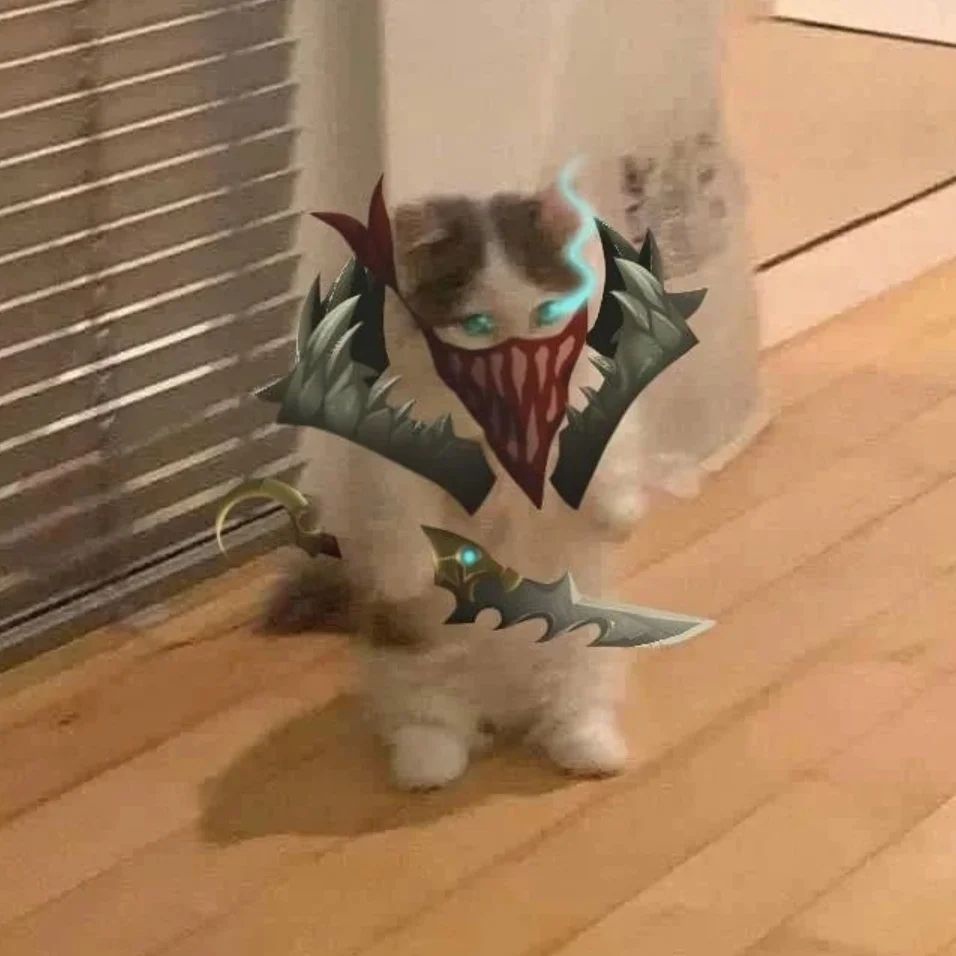 PROS:
- Great storyline regardless if you're a League of Legends fan
- Great variety of abilities, and a moderate (but healthy) use of occasional pots/food
- Varied choice of characters
- Can get tricky in a healthy way

CONS:
- Although a great variety, you pretty much spend most of the time using the same abilities (For me, it's Braum Tier 1 Ultimate)
- Bugs. Man, it was a close call to give it a thumb-down. Bugs are the true Ruined King of the game. From minor resets, to major progression loss (especially bosses). I took down Viego, the last boss, on Veteran after all of his 4 phases, and he just kneels and infinite round loop for my characters was there. No achievement, no nothing. The company is known for their "Great Idea/Poor Execution" system, but this beats it - and after nearly a year of release, these major bugs are still not fixed. It appears the cutscene segment is bugged as it was the most common one for me. If you don't have time or patience, like me, then this will slightly tilt you as you can lose up to 1 hour progress (Autosave is not bad....) 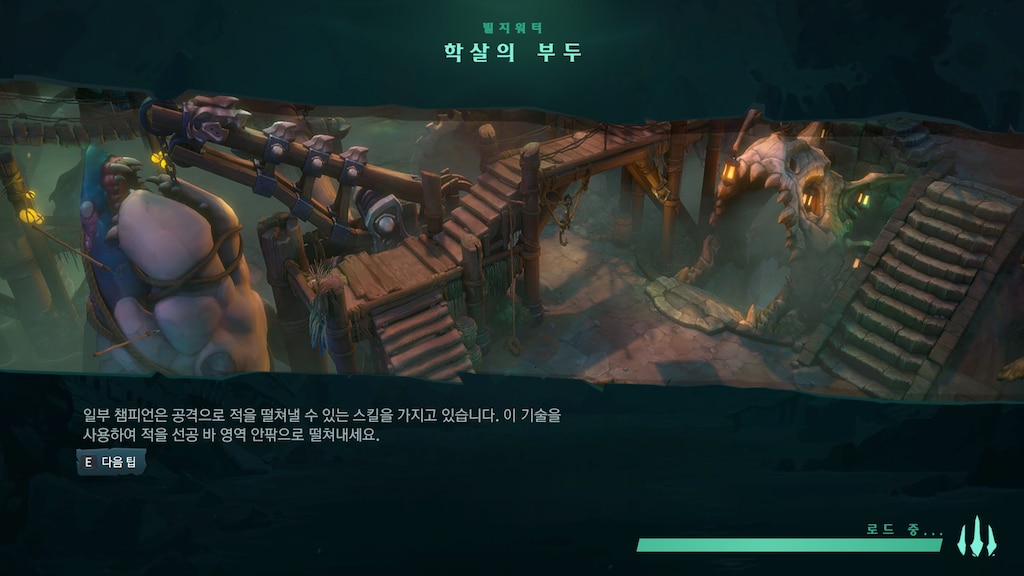 Not Recommended
46.8 hrs on record
It's hard for me to review this game coherently without devolving into long, meandering half-points, (which I may end up doing anyway). So if you put a gun to my head and asked for the short version, I'd say it's "Pretty good for a gingerbread house made using glue instead of icing. I just happen to be perfectly adjusted to enjoying this flavor of glue due to poor choices made earlier on in my life."

First things first, I like the combat. Nothing but good ideas. The game, even on the hardest difficulty, rarely forces you to interact with these ideas and is rarely a challenge outside of bosses with unique mechanics or that just kind of cheat. More enemies need conditional abilities which are triggered or negated by lane usage, because as is it's maybe 1/10th of them. Factor that with the fact that the only other real time that lane abilities matter is when you're trying to avoid or seek out battlefield conditions (The benefits and punishments of which are usually negligible on the outcome of a fight) and it just sort of feels like a thing that's there to very little benefit. Overworld navigation is... fine? I may have missed the tutorial where the game tells you about the run button, but there's no visual indicator for when your character isn't running, only for when they are, which is off by default so you won't notice it unless you already know to look for it. You can't avoid most traps if you aren't running btw. Dungeon abilities are also underbaked, they don't seem to have any effect on turn order (you can land one and still have your fastest character going after every enemy unless the one in question is Yasuo's) they just do some chunk damage and trigger an effect ranging from "mostly useless" to "just chunk damage". Lots of small ways to fix this one but I'm trying (and failing) to keep this brief.

Game is just plain buggy. It hasn't ever crashed or froze on me, which keeps it from really drawing my ire, but there are about a hundred little things which add up while you're playing to make you question your gamer sanity. Boxes not opening despite you mashing the open button, the game lying to you about damage numbers, menus will behave one way one play session and another the next, enemies stealing the buffs you throw onto party members. If you've played League and you're used to Riot's spaghetti code, it is in full effect here. Again, it never really crushes your balls, but you won't get through a playthrough without noticing it. These things add up, and if you end up getting sent to the Gamer Sanitarium don't say I didn't warn you. You'll find the treatment there exemplary but the cellmates all keep trying to get you to play Genshin Impact.

Fishing could be cut from the game entirely and nothing of value would be lost. It isn't even integrated well and I suspect it only got added late in development.

Story is fine, kinda falls awkwardly between assuming you know who people are and assuming you don't. As somebody who does, I do find it amusing that you only find out what Thresh's motivation is about 15 hours in when him pulling out the sword and starting the apocalypse is something that happens in the literal opening cutscene. Gives the impression that he's just a hee hee hoo hoo silly man who likes it when people die. His actual character isn't as interesting.

Characters are the part where my ass really starts to chap. Illaoi (my beloved) and Braum are great, Fortune is fine, Pyke is... also fine, Ahri is underbaked but also shows up pretty late, but Yasuo can crawl into a small hole and die. Most interactions with Yasuo and any other character are generally them saying something and then him rolling his eyes to camera. The game is at least somewhat aware that this isn't endearing and doesn't spend the runtime holding him up like a chosen OC and proclaiming how cool he is, but it isn't remotely critical of him and does expect you at some points in the story to think he is cool.

Graphics are basically the polished Riot standard at this point. These people are consumate professionals when it comes to their art. Models are great, slideshow cutscenes are great, and the couple of fully animated Arcane-styled (or would Arcane be Ruined King styled?) cutscenes are phenomenal. Music is completely passable but unexceptional. I miss when that was something Riot did well.

Overall, if it's on sale for $10-$15 you will get your money's worth and you can do a lot worse. Call it a decent 7/10 with the potential for a sequel that fixes most of the problems to be a 9. Don't count on that sequel, the people who made this are the same company that makes more money than most underdeveloped countries from a game that hasn't been good in a couple of election cycles.

Update: As of literally a single day since writing this, I am now experiencing full-game softlocks and lockups that appear to be a common issue and have changed the reccommendation based upon this. 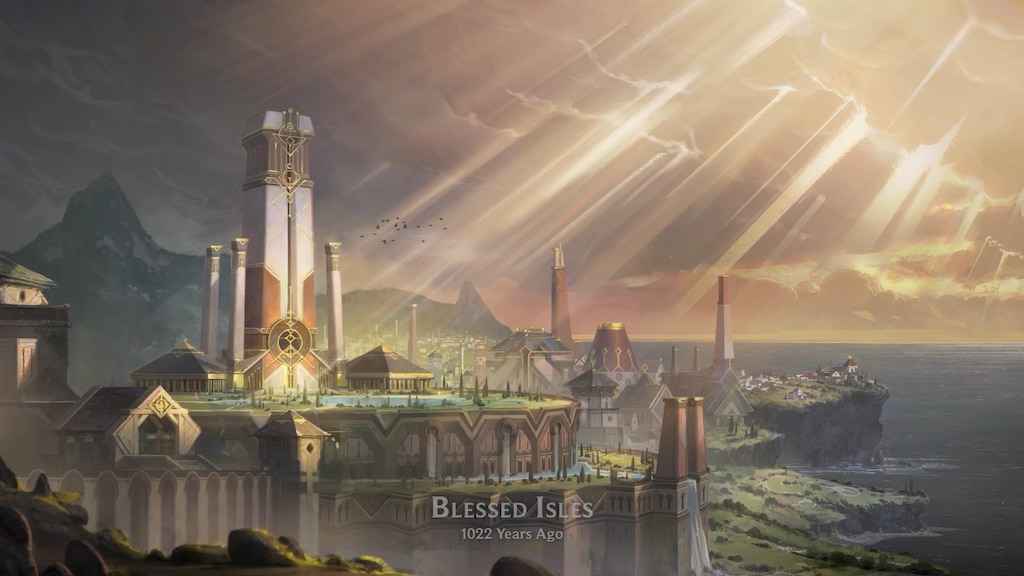 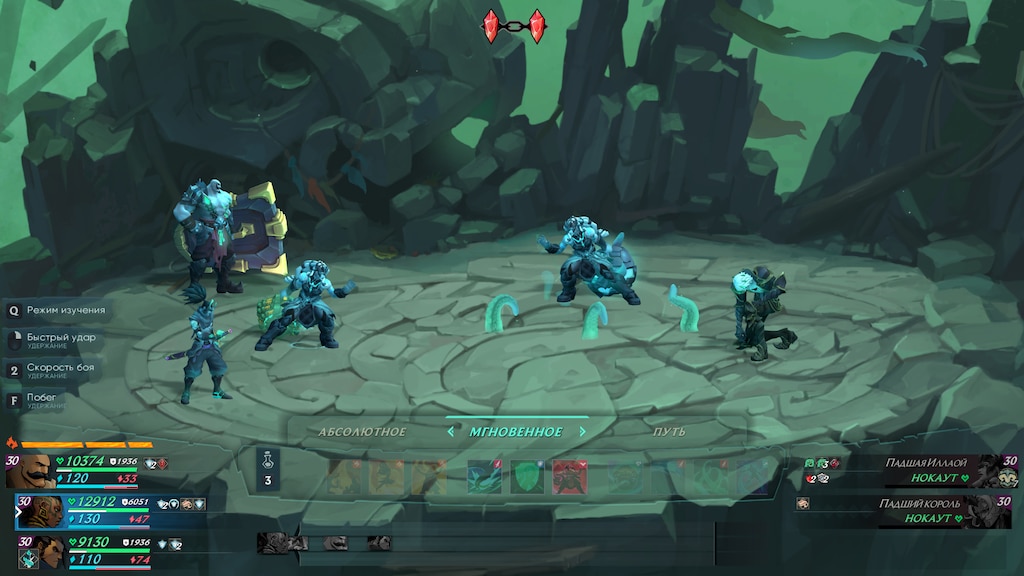 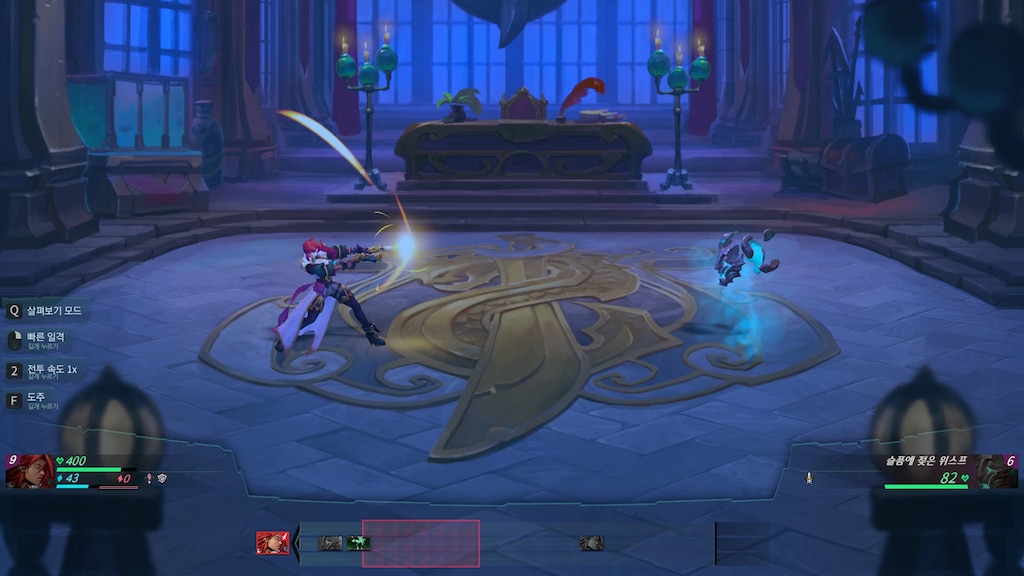 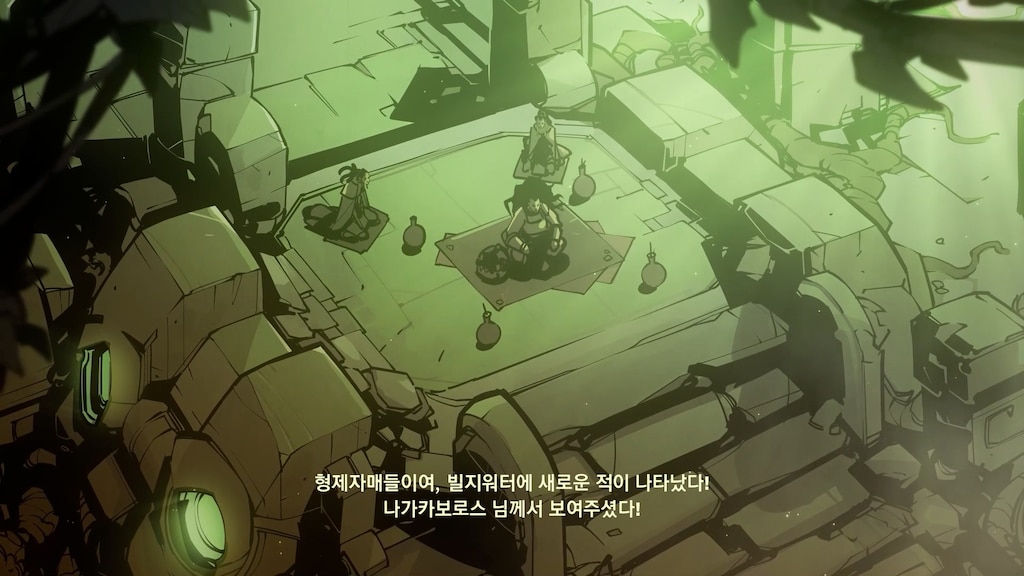 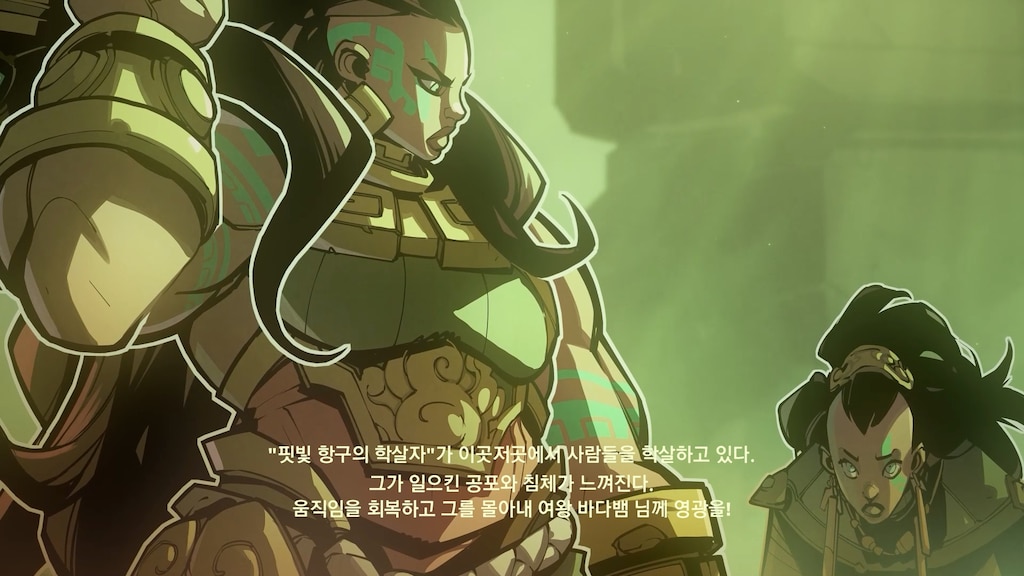 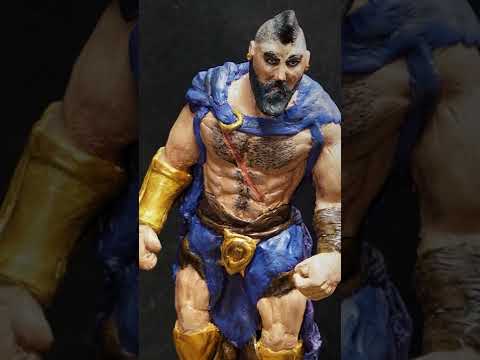 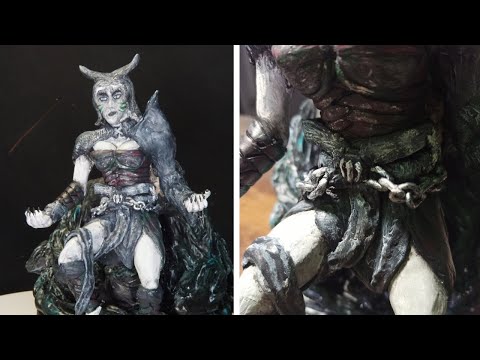 SifGreatGreyRat
View videos
How this game compare with Battle Chasers Nightwar?
I loved playing Battle Chasers Nightwar. The combat, testing new party compositions, the characters upgrades, the final weapons upgrades, the story was decent and enough to engage me. The progression felt really good and the soundtrack was the cherry on the top. What can I expect from Ruined King? What aspects are different?...
9

Rook
Jun 24 @ 12:55am
General Discussions
Never played league before, worth it?
I'm not good at such games, but I like stories very much. Never played any of Riot games before. Is it good in terms of plot, cinematics, characters? Or should I just pass by?
5