A stylish single-player FPS featuring a fluid stunt system, destructible voxel environments, loads of bullet time, a unique one-armed protagonist, and a dark electronic soundtrack.
-40%
$24.99
$14.99
Visit the Store Page
Most popular community and official content for the past week.  (?)
PREVIEW FOR NEW BONUS CAMPAIGNS
Jun 27
Hello Gamers, bloody here. Since the Campaign Update 3.0 and the Level Editor Update, I've had some new ideas. Here is a preview of what I've made.

command - [exist]
This is an independent bonus campaign featuring 5.5 new maps. I hope gamers are able to enjoy the cohesive design and narrative. 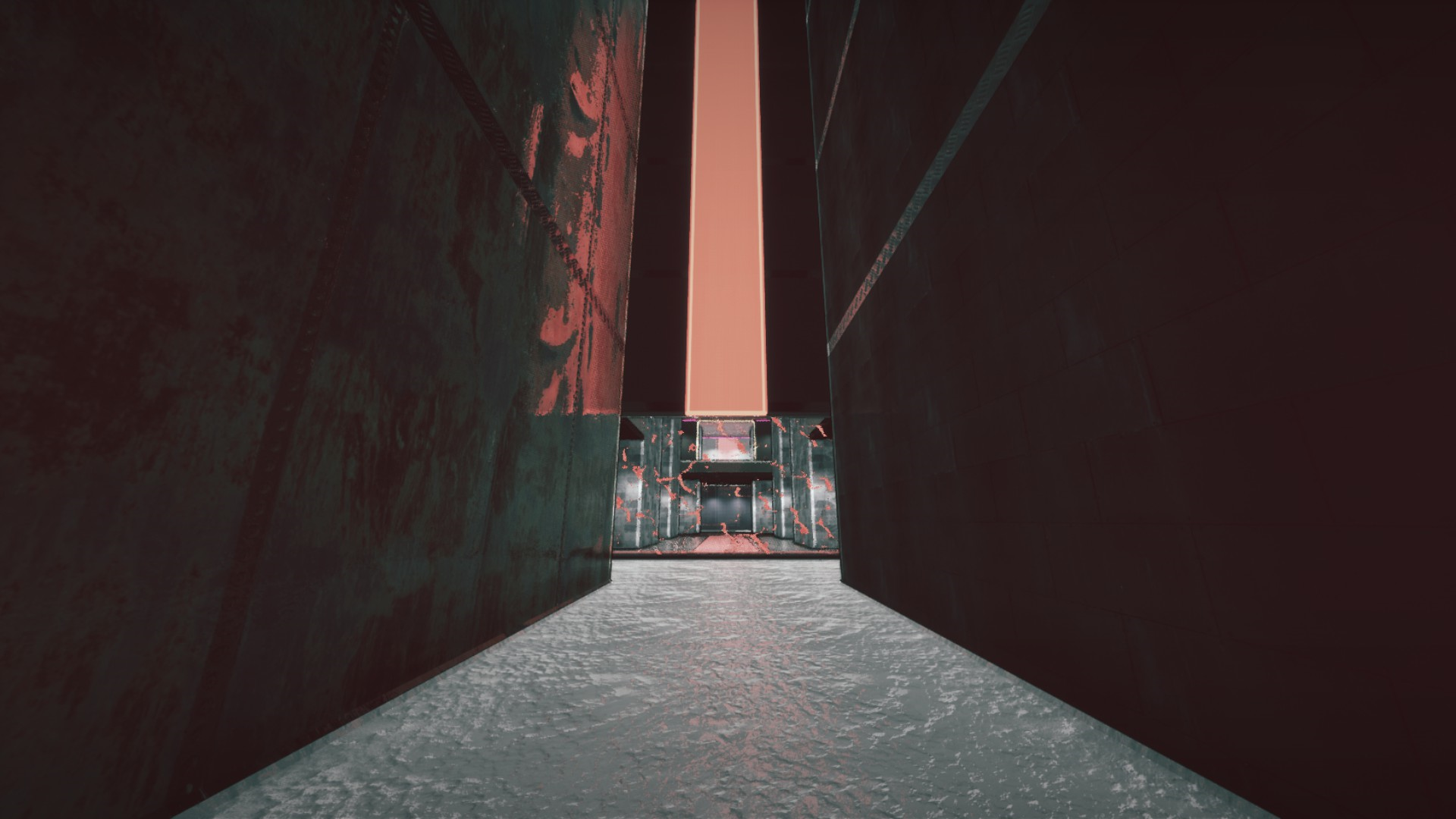 1. home - street
The first step to telling a story is establishing context. 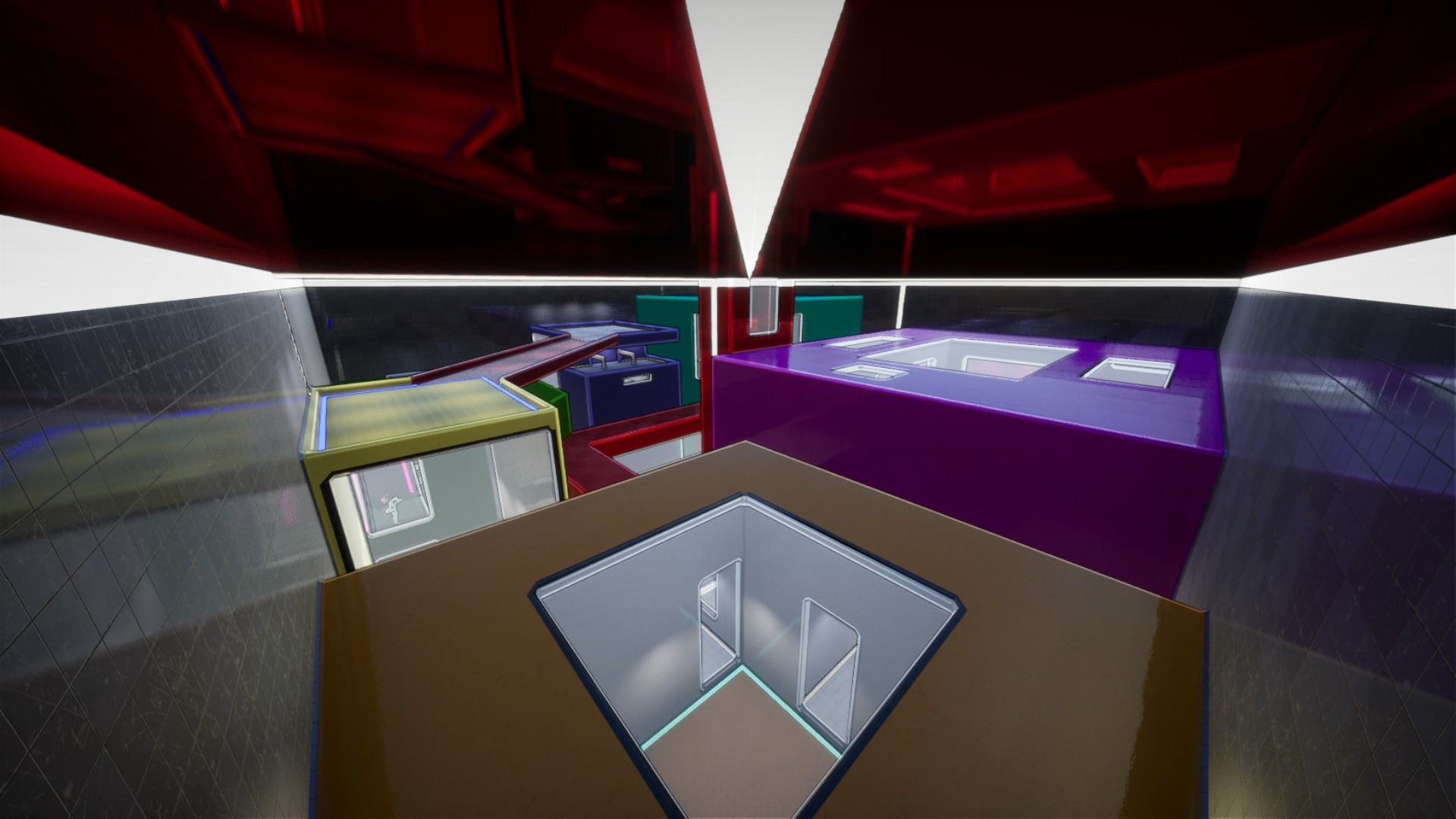 2. space - invert
Play a level, then play it again. An earlier version is available in the workshop. I've adjusted the lighting and music to better fit the overall vibe. 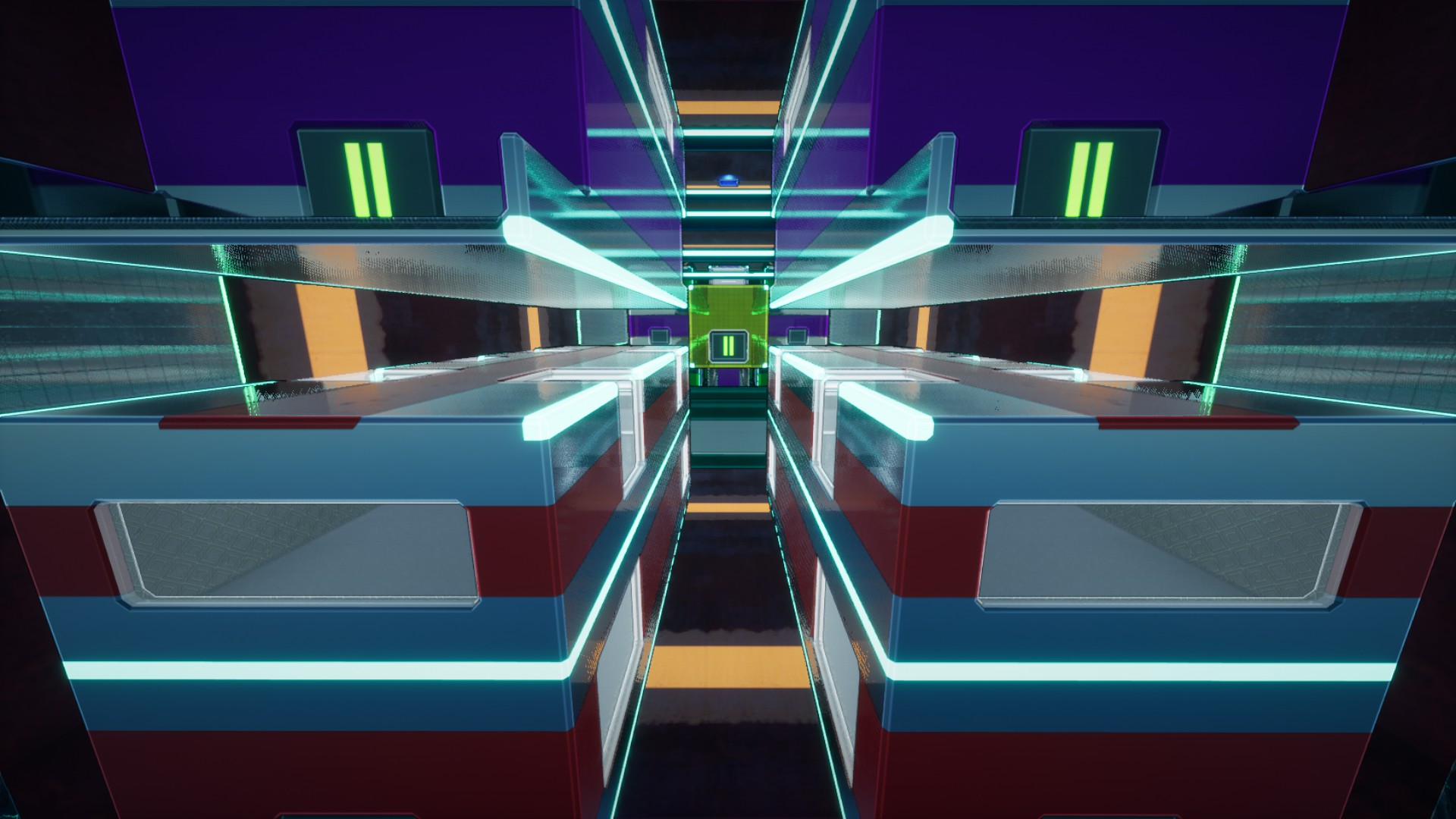 3. shift - tunnel
After the campaign extension update, Severed Steel has 2 train levels in the base game. I wanted to surpass all train levels and make one that could only work with this game's mechanics. 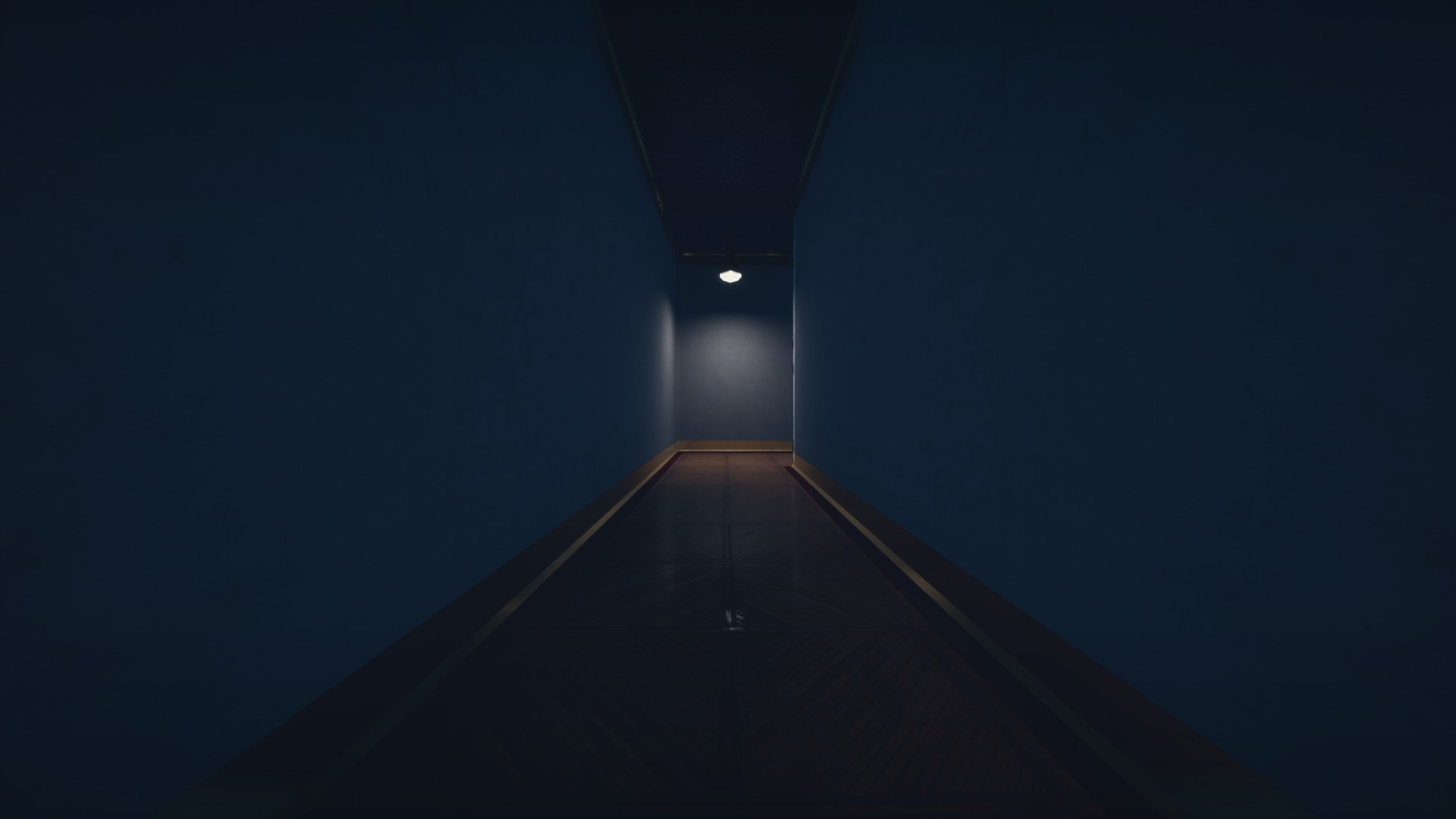 4. function - repeat
Oh... Yeah, I know the place you're looking for. It's just down the hall, turn right, then go through the doors at the very end. You can't miss it... 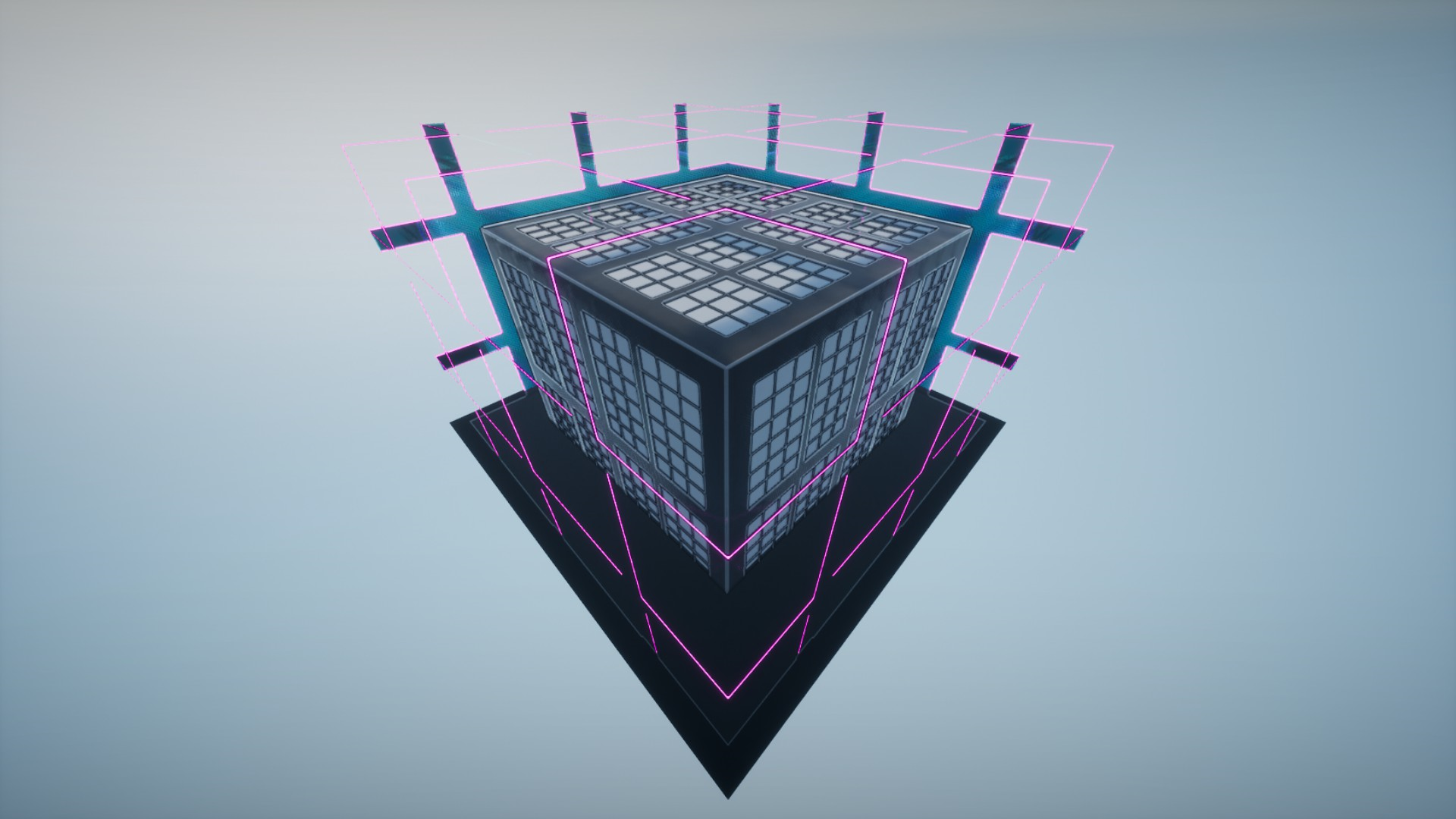 5. control - float
A simple, one room combat arena. Nothing unique or special here. 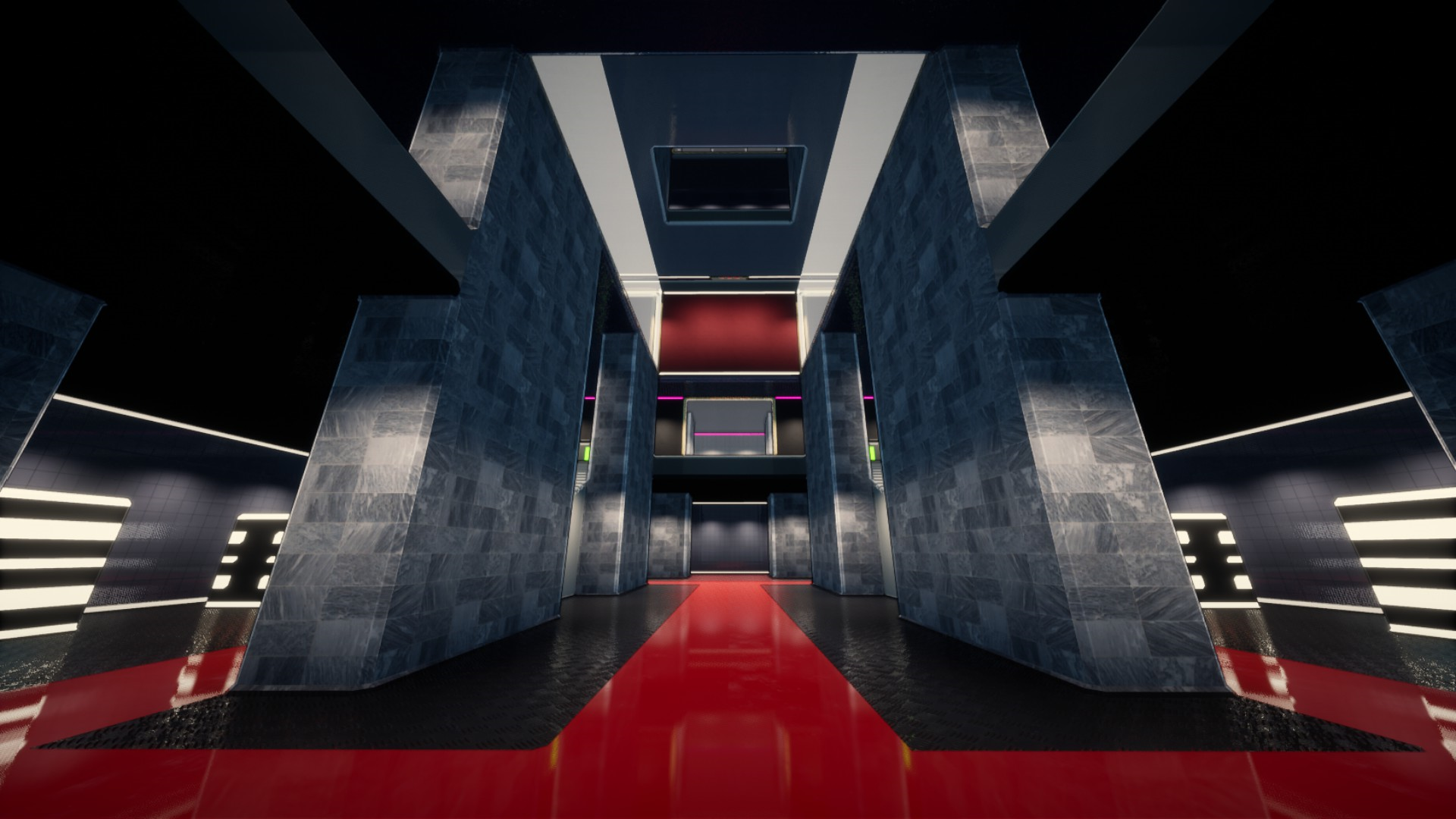 6. alternate - impact
The end, and also the beginning. Layout and gameplay inspired by the original concept for this game, seen in an early trailer from before it was known as Severed Steel. It has been a long journey up until this point.

control-float and alternate-impact also have unique layouts to serve as firefight versions.

input - [query]
Another independent campaign. I've always been searching for something. 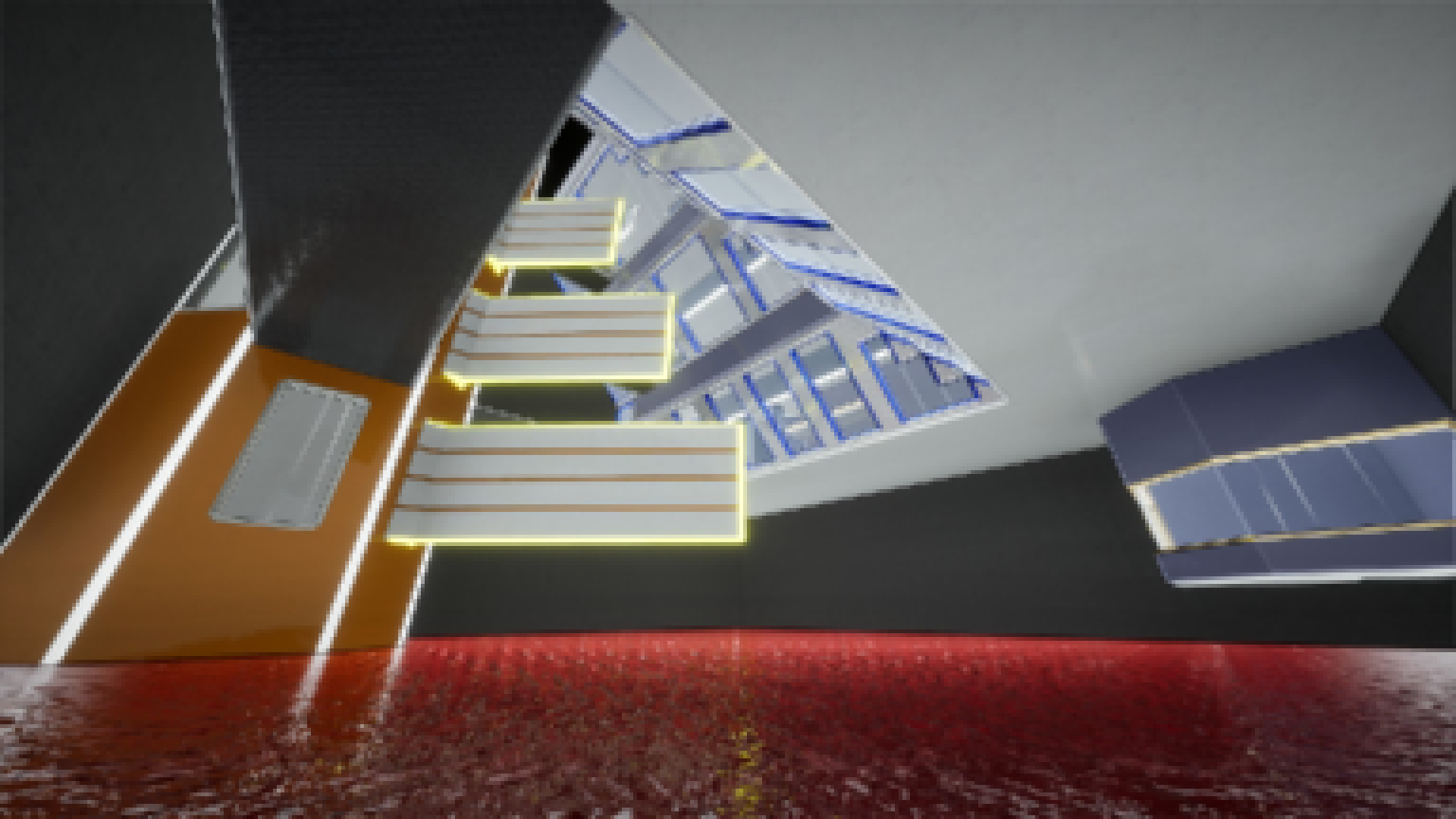 1. cosmology
Even with all I've accumulated, it wasn't enough. 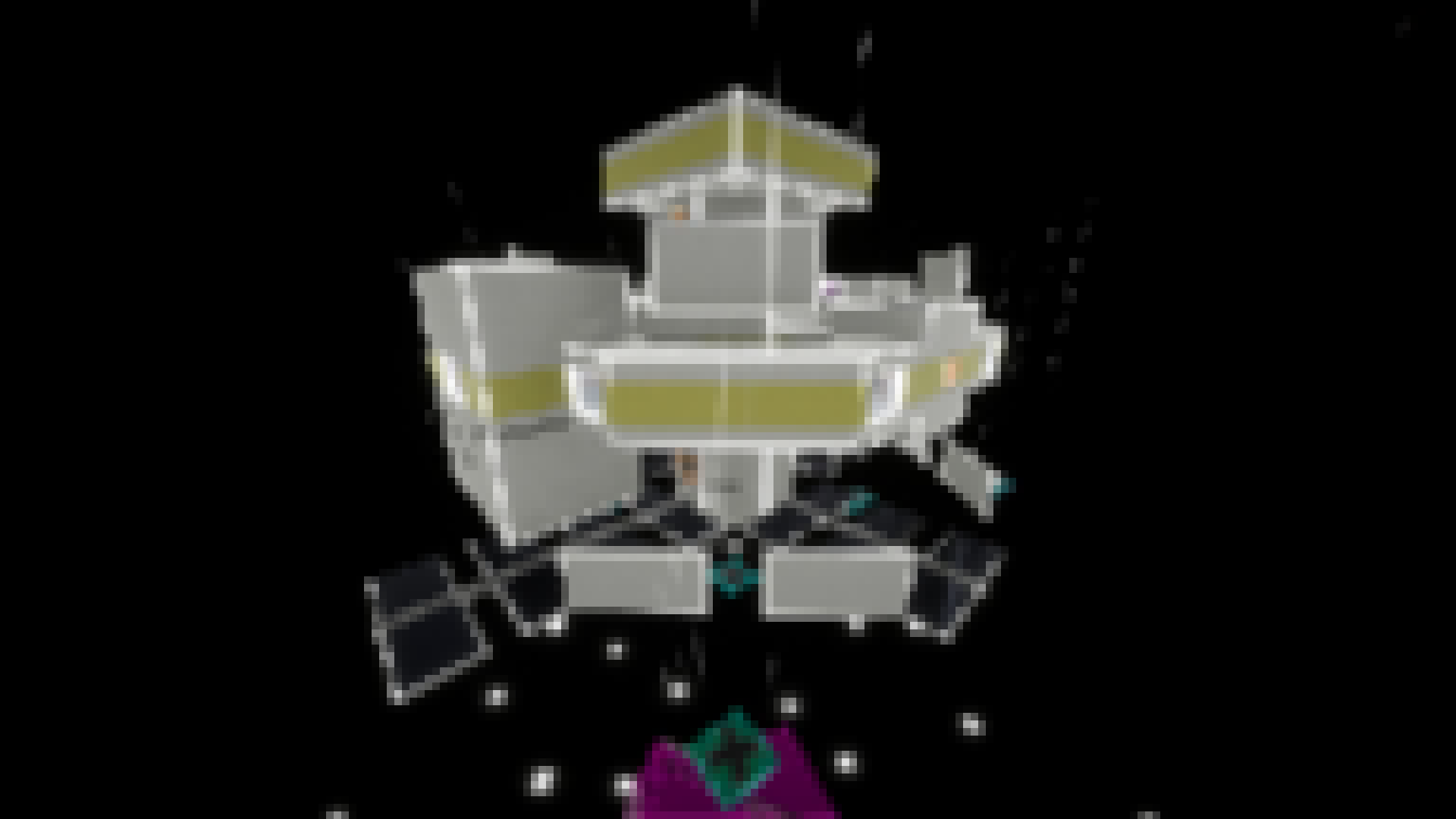 2. entropy
Maybe what I'm looking for is just a little bit further away... 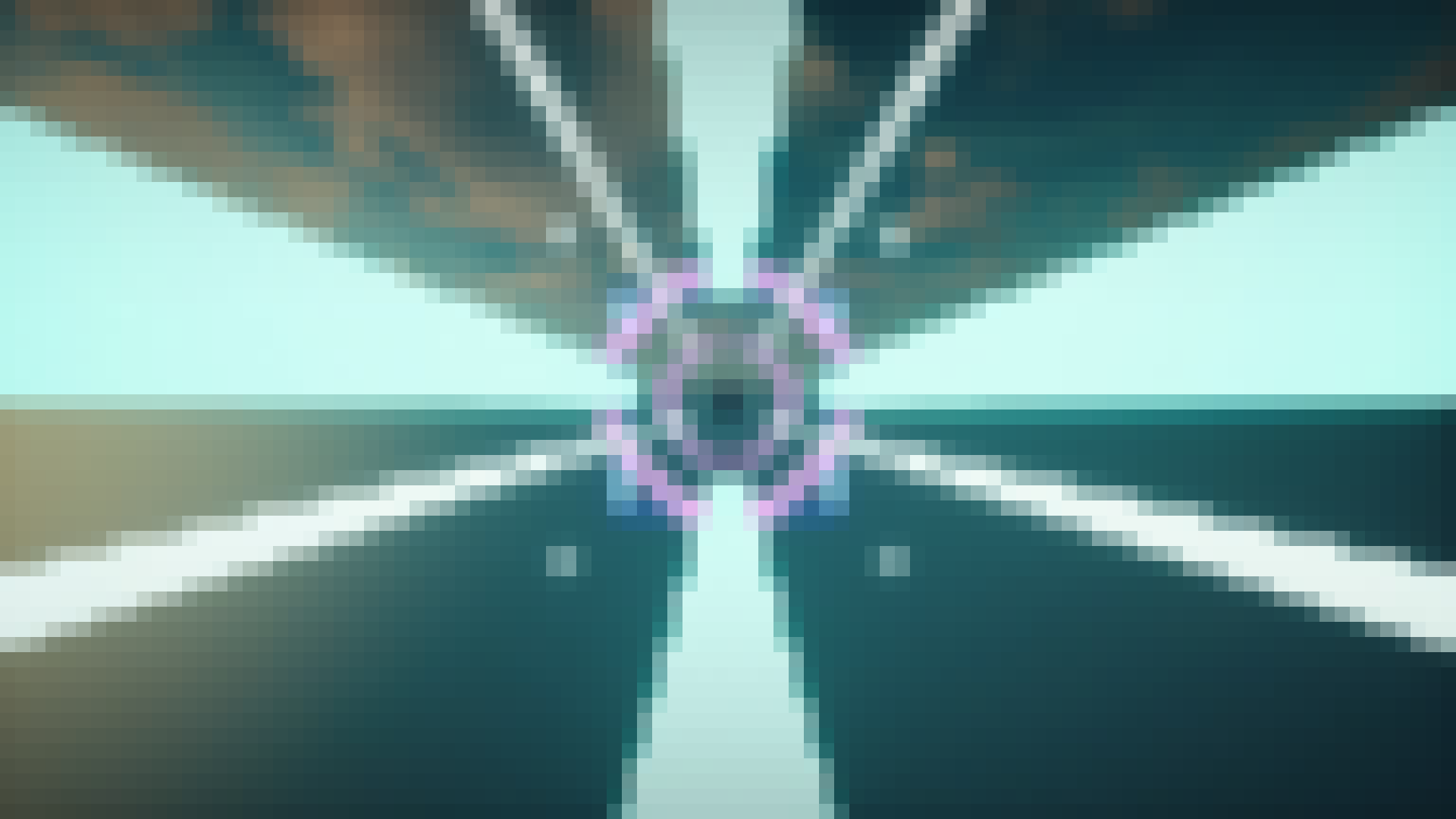 Please look forward to what Ouroborosso, others, and myself have made for this free new content update.
Release Date: soon...

Severed Steel
217
13
Can anyone explain me the weapons pickup interface?
What's the difference between the yellow and blue ones? and what are the symbols near the name?
4 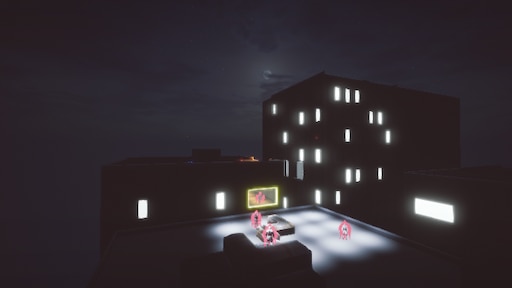 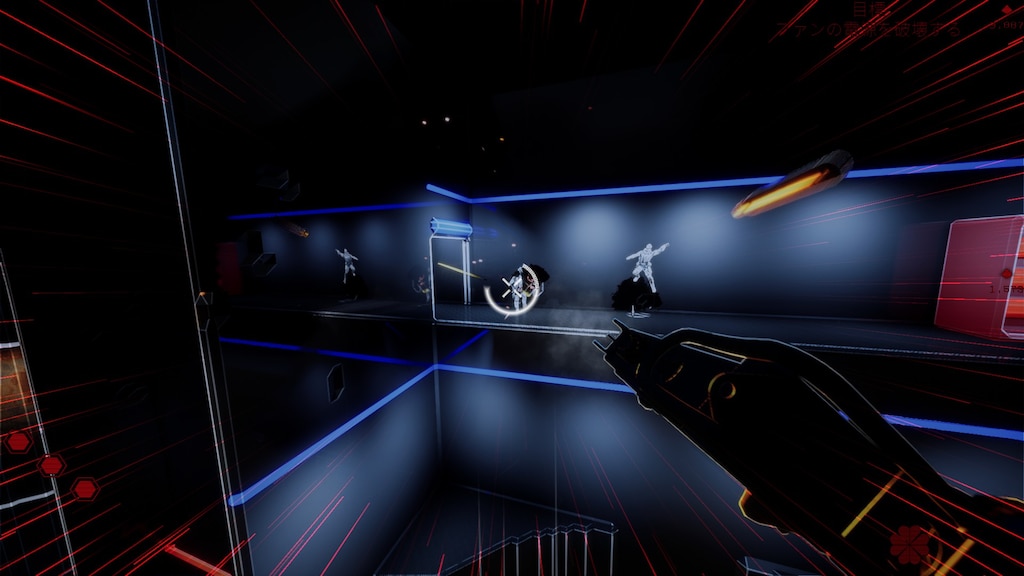 Jack-o'-Lantern
View screenshots
Severed Steel Bug Reports
Hello everyone! Thank you for taking time to play Severed Steel! Please leave bug reports here so we can improve your overall experience. All of your feedback is greatly appreciated. Jackie | Digerati
148 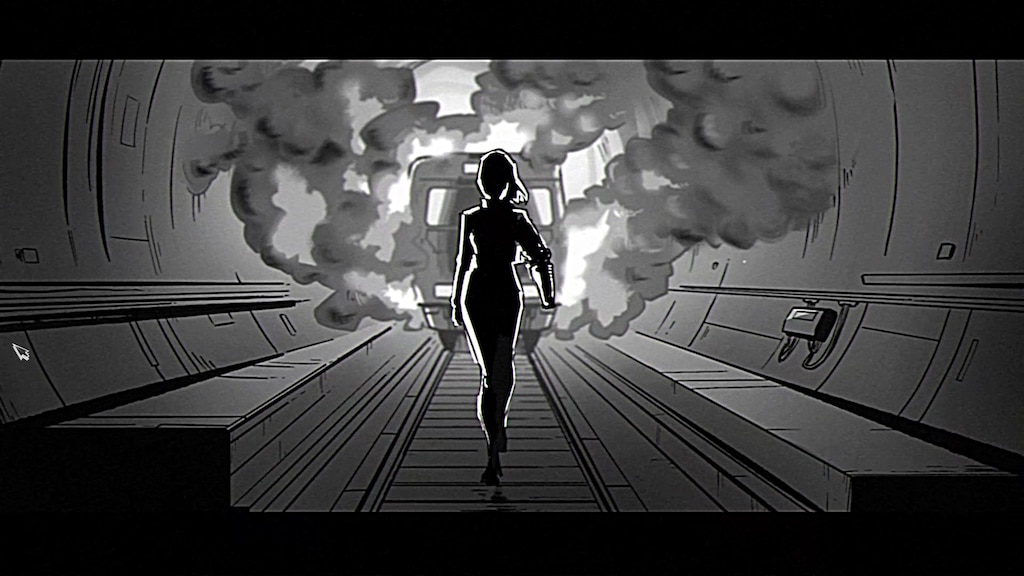 Alin_a24
View artwork
GRAB SEVERED STEEL WITH A 40% DISCOUNT - THIS WEEK ONLY!
Jun 13
If you've been waiting for a hefty sale before grabbing Severed Steel, you'll be interested to know that it's available with a 40% discount until 20th June. Also, if you like saving money and good games, then take a look at the Sci-Fi Games Bundle, which has just launched on Steam.
The bundle puts together four games which, you've guessed it, all share a science-fiction leaning for one reason or another. The bundle includes Severed Steel, Ruiner, Observer: System Redux, and Gamedec. Even if you own any of the games already, you can still grab the other offerings in the bundle and take advantage of the discounted prices. You can find full bundle info here.

The bundle is only available until 20th June, though, so be sure to grab it by then!

In other news, we've also just announced the console launch dates for Severed Steel. They are as follows:
We also released a new trailer:

In addition to the digital versions coming to consoles, physical editions will also be available this summer (exact date still to be confirmed) courtesy of Merge Games. If you like games in boxes, you can pre-order your copy now on PlayStation, Switch, or Xbox![signatureeditiongames.com]

Thanks as always for your support!

How to use the Level Editor

Severed Steel Achievement Guide
A quick and comprehensive guide to acquire the achievements in Severed Steel for Campaign, New Game Plus and Firefight (as of the 3.0 update). 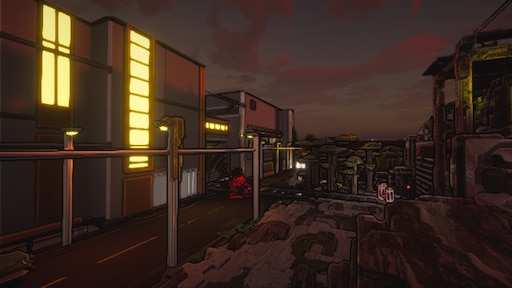 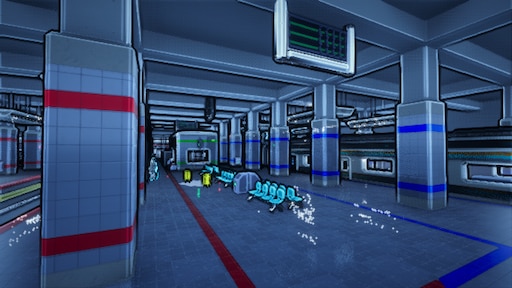 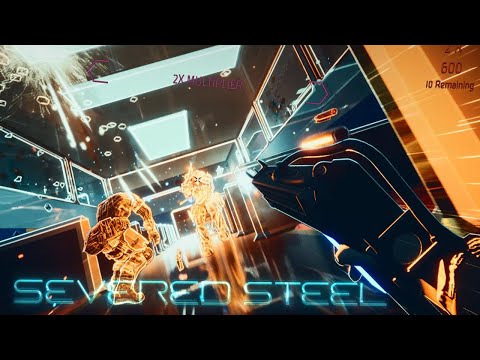 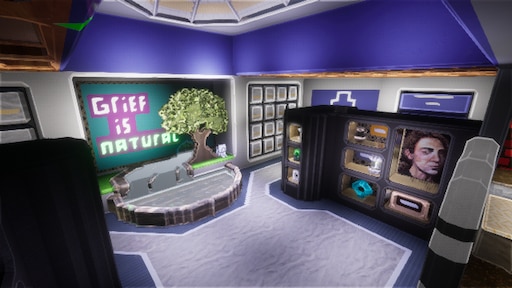 how to use a shield
shield basics 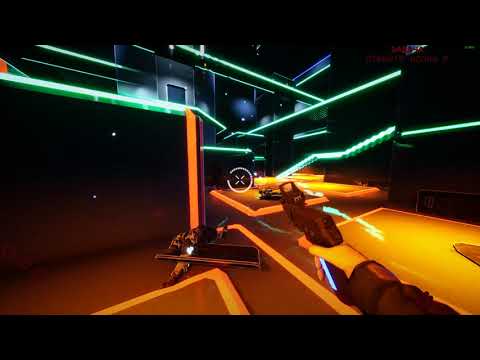 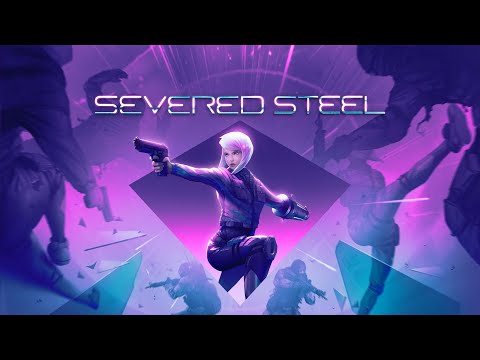 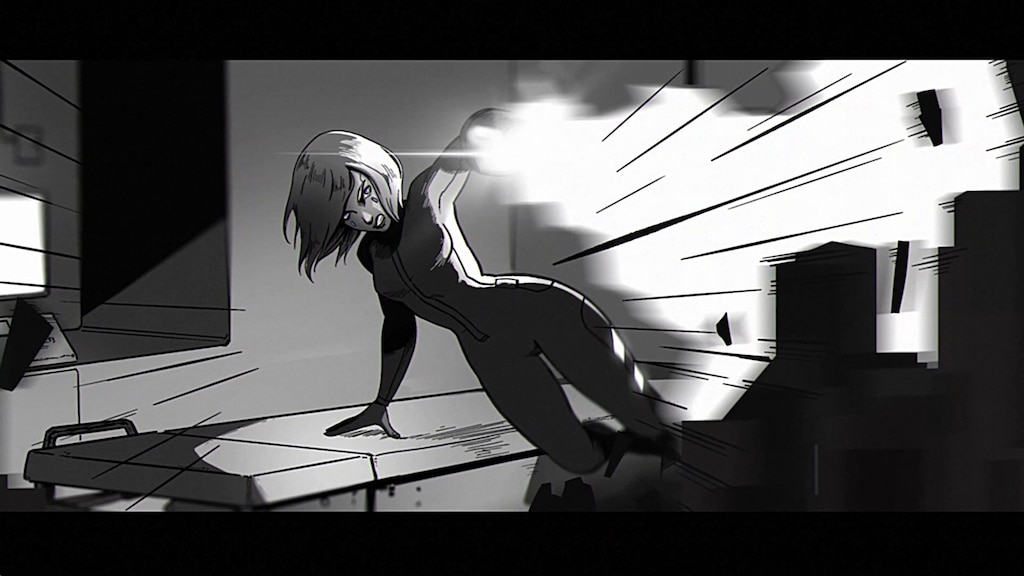 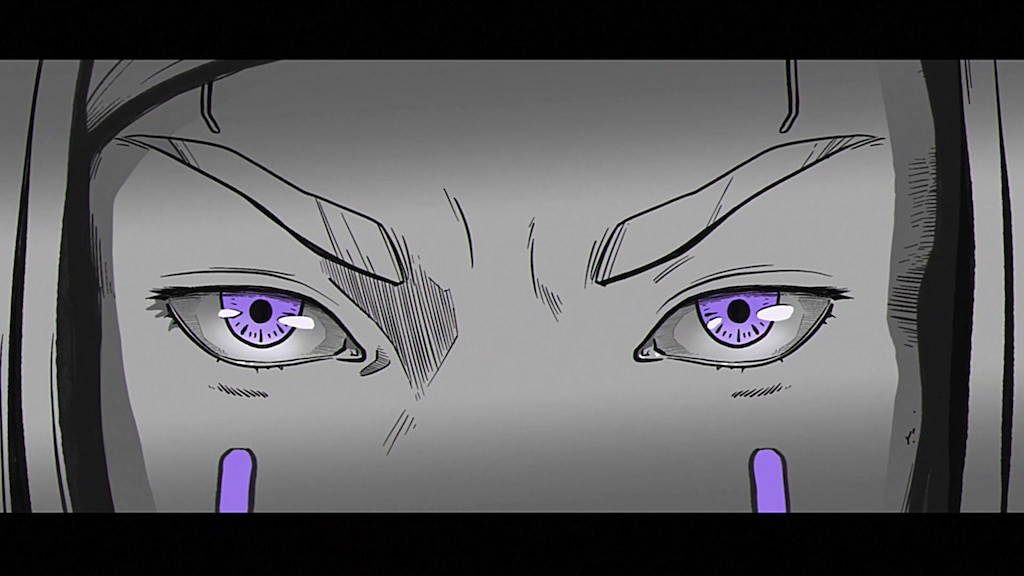 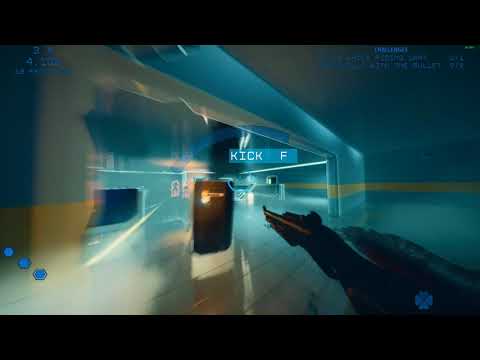 0
5
severed steel is a fun game

Recommended
3.5 hrs on record
Would make the term "Movement Shooter" piss itself.

Recommended
2.7 hrs on record
Good game with the potential to be something amazing down the line.

When it comes to its gameplay mechanics severed steel is just phenomenal. The movement, diving through the air while getting headshots in slow motion, its all just perfect. The visuals remind me of industrial buildings similar to the ones in fear but if they were drenched in neon lights. The arm cannon allowing you to destroy walls is such an amazing addition that allows you to really speedrun through levels once you learn the layout. The soundtrack is fantastic and fits the high speed of the game.

The only issue? Length.

I beat the campaign in 2 hours. Minus the final 3 missions, those 2 hours were an absolute joy, a pure bliss of bullets, slow motion and wall running. The devs are working on more levels thankfully and if they manage to get the game to around the 5-6 hour mark It would be absolutely worth every penny to get.

I mentioned the last 3 levels. There is a sudden difficulty spike when you reach them and it can get very frustrating. I won't go too much into spoilers, but if the devs read this, make the walls thinner, also the heart arena is too open with too little cover.

There's a firefight mode as well as a level editor and workshop support, so you can definitely find more than 2-2.5 hours of content in the game despite the campaign being very short.

I also do wish there was more lore and context which would add to the content and world building.

Overall whats here is amazing and you'd be doing yourself a disservice if you don't play this fantastic little indie shooter, its still getting content updates and I hope with time this game gets enough content where I can easily tell everyone to get it.

fug4life
View Steam Workshop collections
There a way to turn AA off?
Interested in buying the game but the demo is too blurry and the posts online saying to change the engine ini don't seem to work.
3

Super Muffin
Jun 28 @ 8:59pm
General Discussions
Mouse flicks are not clean 180s (when moving), but aim up. Bug? Design?
Is it something to do with the fact that you're sliding and orientation is at an unusual angle? Basically, doing a 180 flick points the crosshair behind and up, which means you have to figure out where you're aiming, and do a big adjust. For a twitchy aim game, this makes it much harder to play as mouse movements are not where they should be. it's also less satisfying. I'm using bullet time to overcome the issue, but it feels like a workaround. Is this a bug or a mechanic resulting from the way the game ha...
9

Fragarach
Jun 2 @ 6:30am
General Discussions
Severed Steel Feedback
Hello everyone! We hope you enjoy playing Severed Steel, out now! Please be sure to let us know your thoughts and ask us any questions you may have. All of your input is greatly appreciated and we hope you enjoy aiding Steel on her journey! Jackie | Digerati...
58