Umurangi Generation is a first person photography game in the shitty future. Set in Tauranga Aotearoa off the back of an impending crisis you are a courier for the Tauranga Express. Throughout the game you will unlock a variety of lenses and equipment.
$14.99
Visit the Store Page
Most popular community and official content for the past week.  (?)
Umurangi Generation Update June 2021
Jun 8
Hi Everyone Ves here,

Umurangi Generation has been updated. I would like to be transparent with the game over the last few days having a few updates pushed to everyone's machines. It has been a while since I updated the public branch because I have been working on the Nintendo Switch Build and the new modes. These modes required translation so they were something I couldn’t make live immediately. In the meantime I worked on fixing as many bugs as possible and improving the game with things like slippery movement. Unfortunately that introduced some new bugs, which hopefully should mostly be squashed. However, there is still more work to do as the game grows over time. I have set up a beta branch (password: betabranch2021) which I will update more regularly with fixes to individual bugs which come through on the discussions thread and then put out an update to the public branch with these fixes every few weeks. This is because updates are always going to be 400-600MB and constantly pushing these updates is annoying and something I am sure everyone would rather not get spammed with.

Why are updates 400-600mb?
This is largely due to compression. With Unity you have the option to compress assets as an uncompressed build of the game is 3.5GB, with the assets compressed the game is 600-800MB. The reason updates are 400-600MB is most of these assets are combined into one during the compilation process, so this ends up being much much smaller in the long run but something that is annoying to constantly get updates on. Thank you for understanding.

Because of this I highly recommend you only opt-in to the beta branch if the game is currently having an issue on your machine. One of the issues which slipped through was that players with high refresh rate screens (120hz, 144hz) would have extremely slow movement and jumping. This was due to the new creative mode changing how movement works due to the ability to now slow down time. This issue is fixed now but it is something I was unable to test with my current machine. Another issue is that the game became very pixelated. Something that should be fixed now.

A few notable notes
-AMD Processors Fix. Players with certain AMD Processors were having issues running the game.
-Less Slippery Movement. Movement is much more rigid than before. With the player sometimes slipping down stairs or off objects.
-Creative Mode Added. Express your creativity by going back to old levels and changing the time of day, fog, sun colour and more.
-Speedrun Mode Added. Run through the whole game. Note: for users who do not have the Macro DLC this will just be the base game only.
-Speedrun Mode (Single) Added. Run through a single level as fast as you can.
-Speedrun Mode (Macro Only Added). Run through the Macro DLC levels only as fast as you can. (Requires Macro DLC)
-Speedrun Mode (No Macro Added). Run through the base game levels (requires Macro DLC)
-Performance fixes. Certain levels should run better now. We made certain objects less intense by turning off settings which are not even visible. One of the benefits porting to less powerful hardware is seeing where bottle necks are and everyone getting those improvements retroactively.
-Bug fixes. We fixed a load of bugs with certain things. For example screen flicker when saving the game.
-Unity Updated from 2019.4.3 to 2020.

Whats to come in the future?
For the PC community I want you all to know I have not forgotten about you. There are some really cool things which I plan on adding here, things like a customisable config file and eventually some custom level support which will be exclusive. You will be able to build your own custom levels which can be side loaded into your documents folder.

Thank you once again for all your support. Things are sometimes going to be rocky and I appreciate everyone's patience.

Film canister location guide
It's a guide that tells you where the film canisters are located.
64 ratings 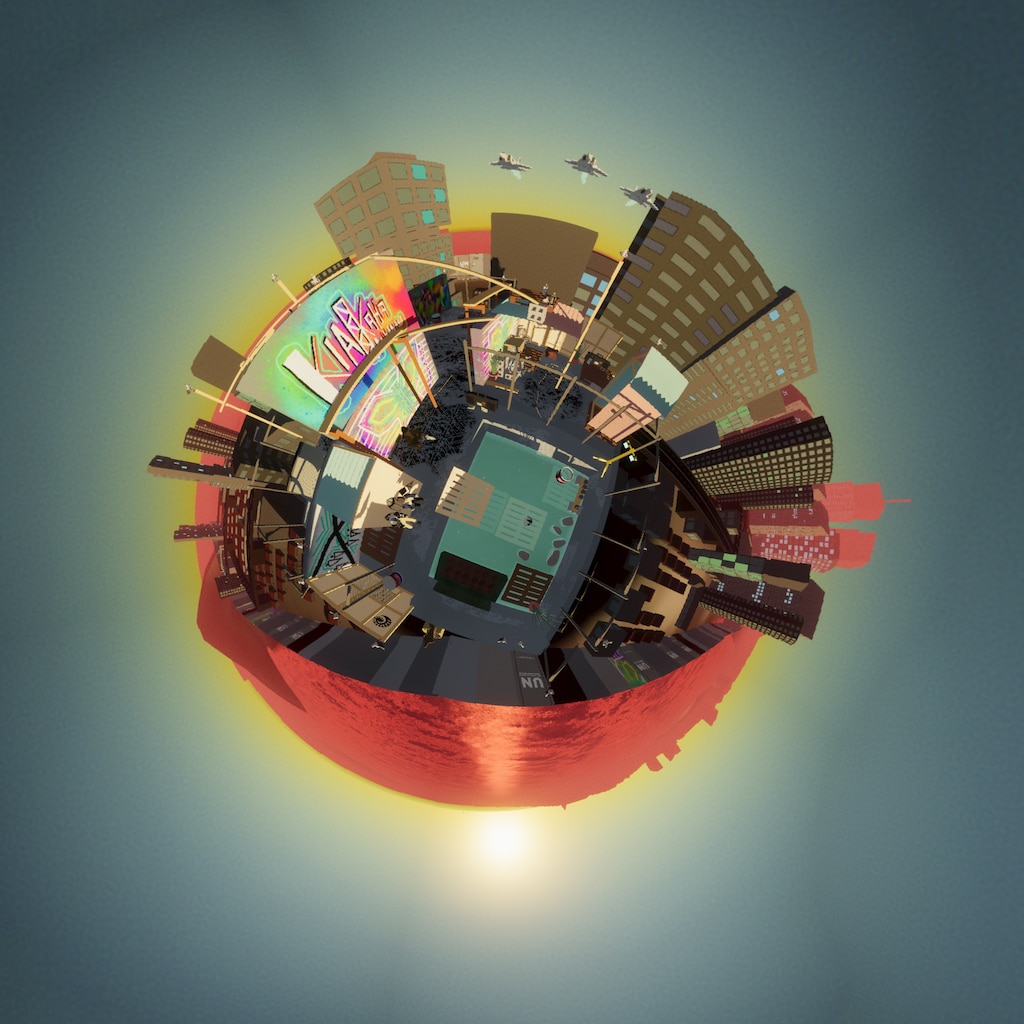 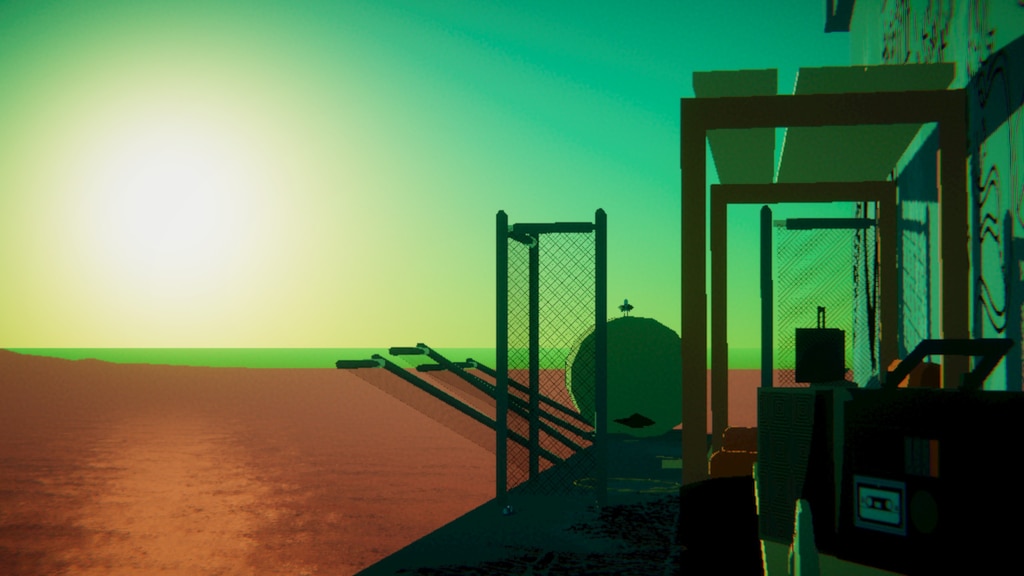 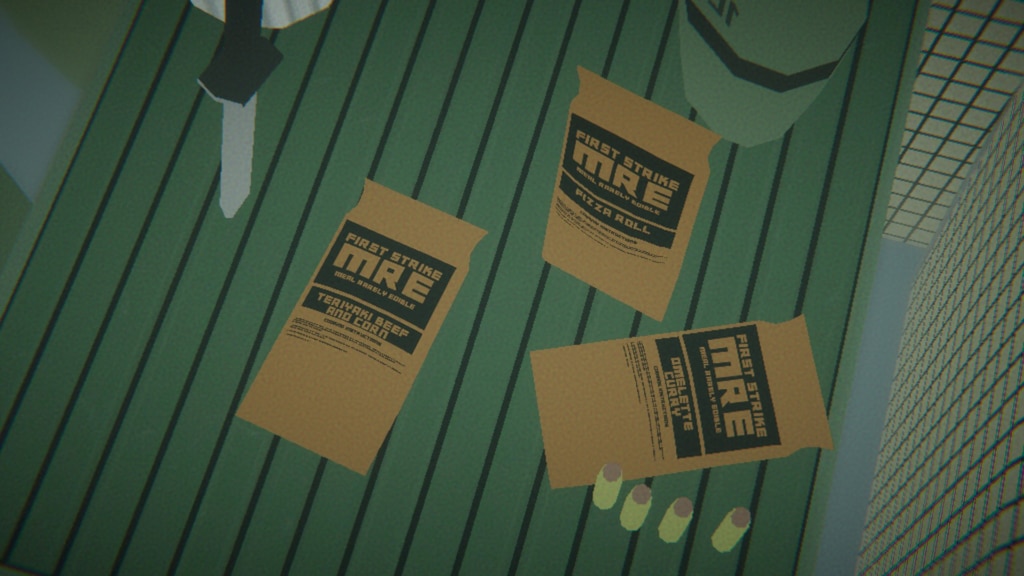 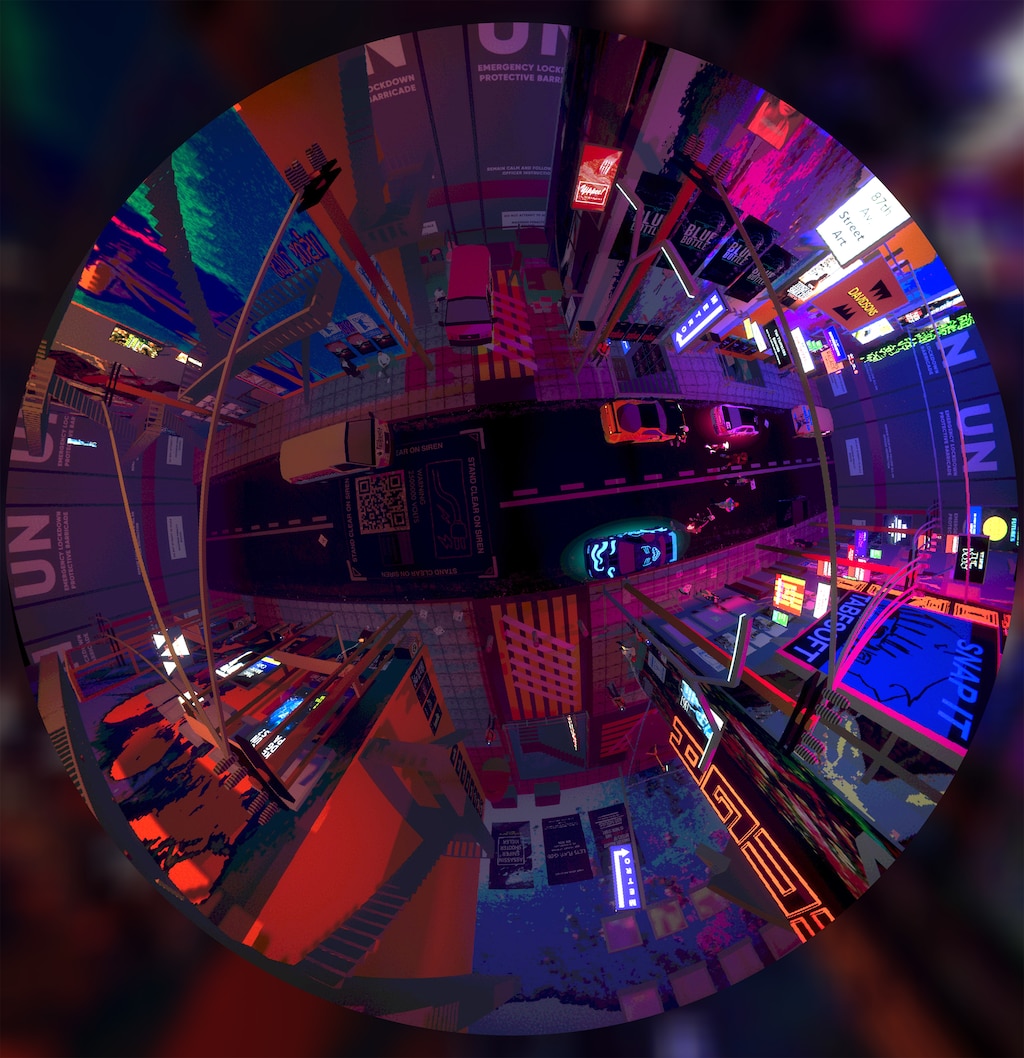 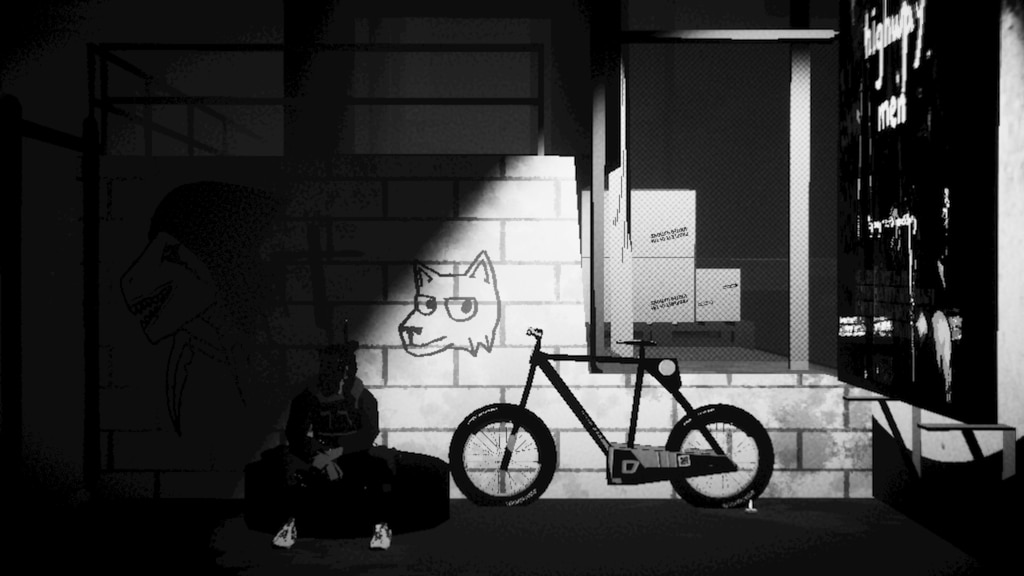 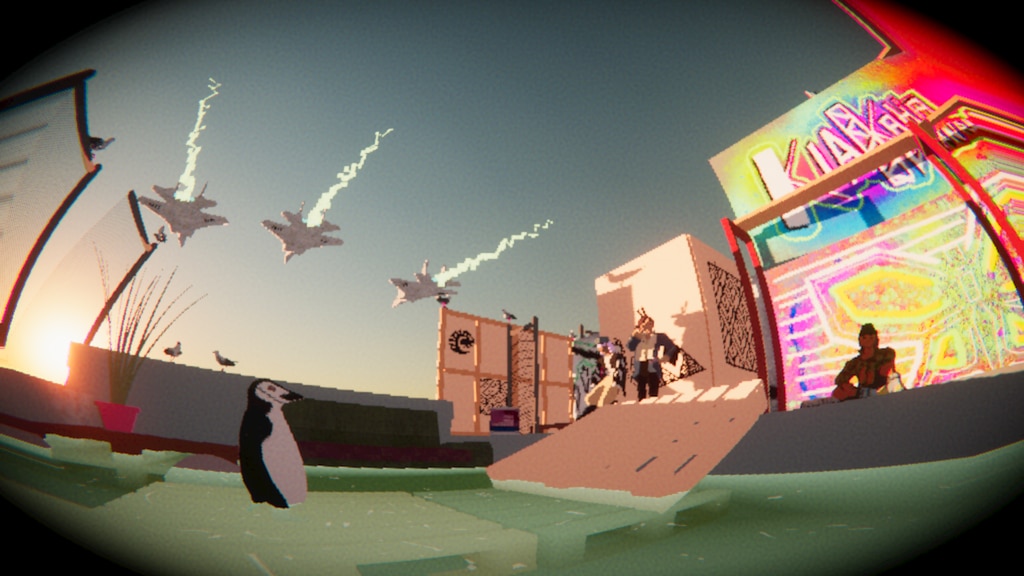 Film Canister Location Guide for Macro DLC (Spoilers Obvi)
This guide shows you the location for the film canisters in the Macro dlc for Umurangi Generation.

Photo Bounty Walkthrough
A simple written guide on how to complete the Photo Bounties in each level of the game. 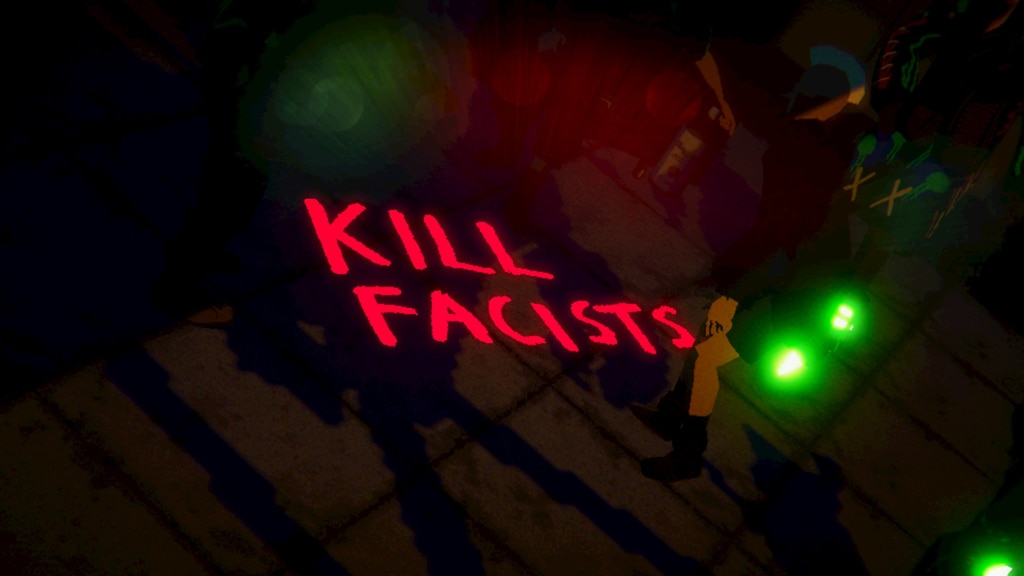 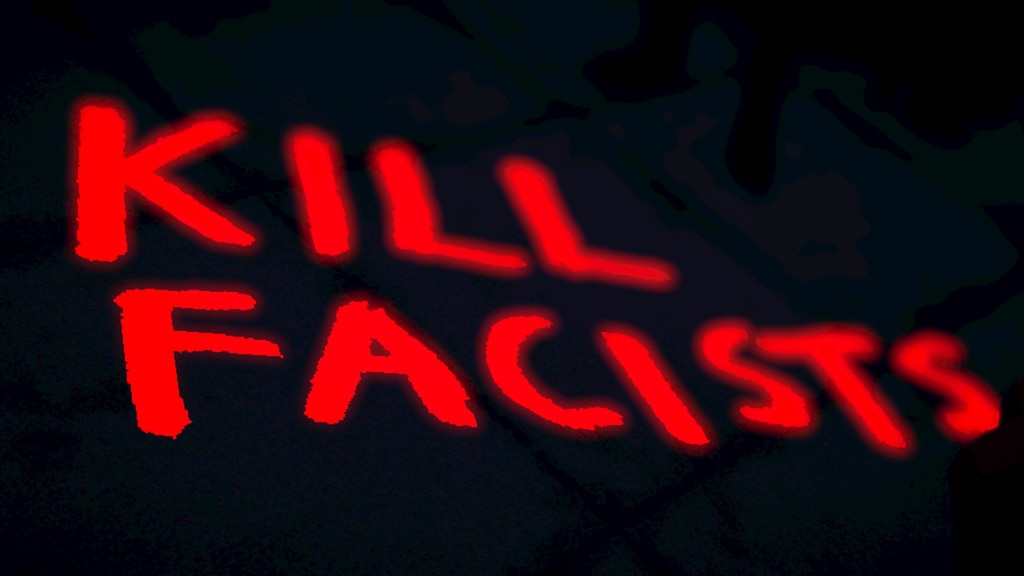 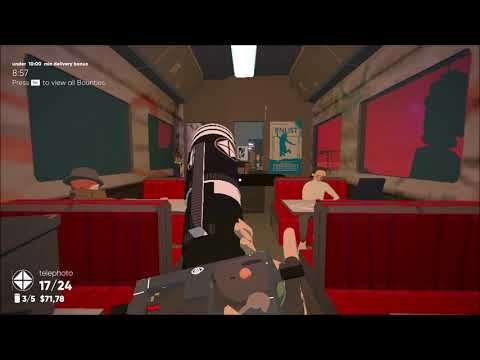 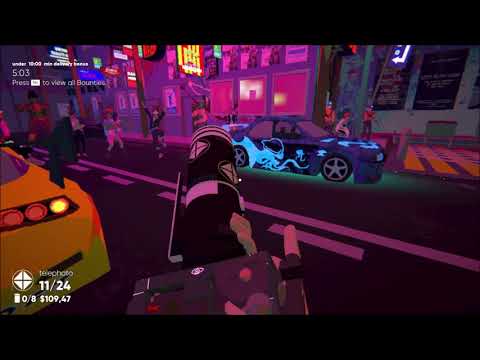 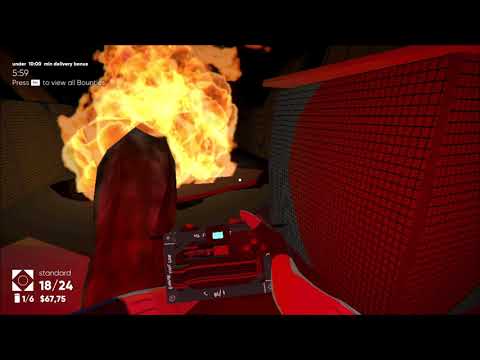 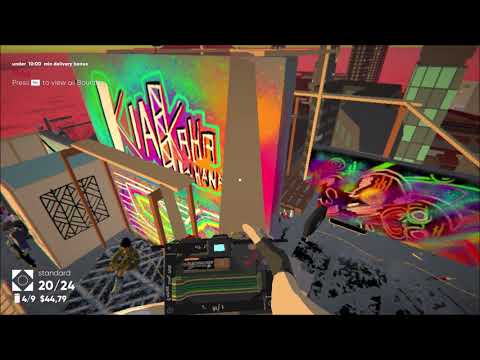 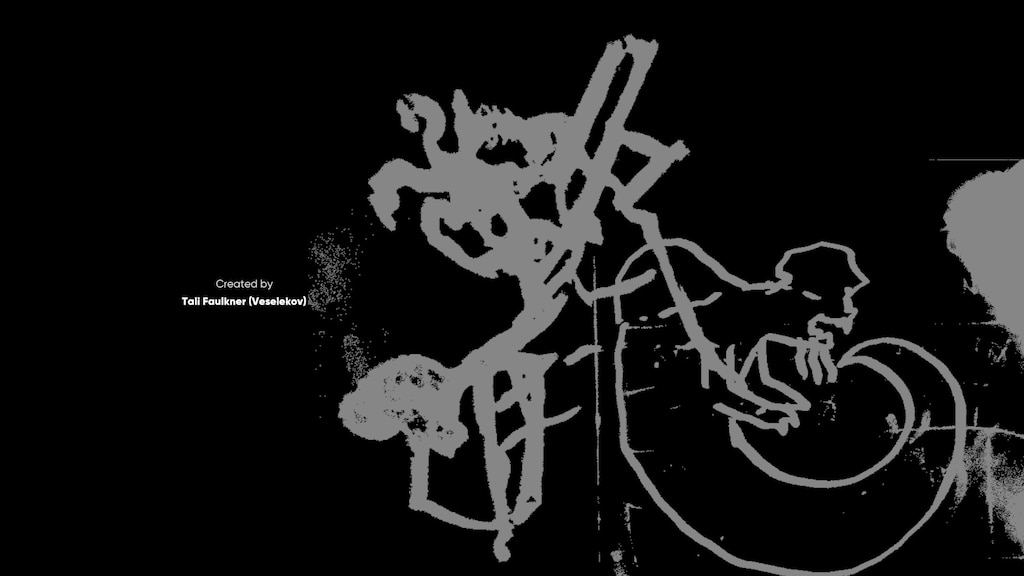 Not Recommended
1.9 hrs on record
"Don't huff paint and kill fascists at the same time, kids!"

I was introduced to Umurangi Generation by the Youtube channel Super Bunnyhop, and I really, REALLY liked the concept! I've always thought that the first person shooter style of play could be used for something else, and target-based photography with scoring is an excellent idea, and so I got the game and sat down to play.

Precisely two hours later the end credits rolled for me, and I was a little underwhelmed.

So what is the game about? Truth be told, I don't reall know the answer to that. The game has absolutely no dialogue, and while it does some interesting worldbuilding with how it sets up its scenes and levels, there isn't much of a story arc to follow here. We find ourselves in a city preparing for chaos, an alien invasion of some kind. I feel inspirations have been drawn from Godzilla and Neon Genesis Evangelion. There seems to be a ban on photographing some critters that appear in the game, so maybe there is a secretive coverup plot?

Hard to say, though, as nothing is ever explained. Instead the player ends up getting tasked with photographing spray paint cans and cats and graffiti and other random objects in a way that gave me no idea what the role of our character really is, and then to 'make a delivery', which I guess is delivering the photos we took to a place, such as the back of a van. Why? Again: the game does not say.

What about the photography itself? Is it crisp and fun and challenging? Well, not really. I ended up completing several objectives by accident due to the wonky target detection, and some of the objectives are very poorly explained, which can cause some frustration. Take a photo of 4 things, when there are only 3 of those things in the scene? Hmmm...

The visuals leave a lot to be desired as well. While the game goes for an highly stylized art style, far removed from photo realism and well suited for a small team and limited budget, it felt a little too crude at times. The movement around the levels is janky, it's easy to clip around to places you're not supposed to be, and there is no risks, challenges or even fall damage to worry about. There is a time limit of sorts, but that only seems to relate to a bonus challenge, not the core game itself.

The only part of the game that stood out to me, really, was the music. While it doesn't seem to really relate to the scene or location in the game, many of the tracks were absolutely great and I found myself jamming to them quite happily.

Still, a good soundtrack can't really save a poor execution, and sadly I find myself unable to recommend this game. As much as I love the idea, I feel like the game doesn't do nearly enough with it, or construct an engaging narrative in which the player could feel involved. I can see the developers wanted the player to feel like just a passenger in the sidelines, witnessing something greater than themselves, beyond control, but the ride is too short and lacks an engaging destination.

Recommended
6.5 hrs on record
Ah yes, my favorite type of game. Photography and without anything political into it.

I'm super into photography, so this was an easy pick for me. I just love so much the ambiance, the universe, and just... being unable to do more than taking photos. The game is full of storytelling everywhere, everything is full of depth. It's amazing.

I really love this game, I just wish the movement mechanics were much better, and a bit more hints on a few objectives. As a non-native English speaker I had to google frequently what was the object I had to photograph. Made it worse with the specific Maori objects, but nothing a quick search couldn't solve.

Puppy Czar
2,035 products in account
0
What's up with the new update?
There's a new update of almost 600MB, is there anything new or just bug fixes?
9

Gorrión
Jun 8 @ 7:01am
General Discussions
Controller bindings
Hi! I know the game supports controllers now but I'm having trouble finding the perfect key binds for the DS4 to use. Could anyone maybe upload their setup to the community tab in the controller configuration page, or tell me the best binds for each button and stuff? :P...
7

Nifae
Jun 8 @ 7:48pm
General Discussions
Extremely slow walk speed and jump not working?
I've watched some videos and it looks like the walk speed and jump function as you would expect a first person game to. I am experiencing a bug I guess where the walking is painfully slow - to the point that I cannot do a full lap of the level before the timer runs out. The jump also seems like I am only jumping 1mm off the ground. Anyone have any thoughts on this?...
6

Vegas
Jul 1 @ 10:25pm
General Discussions
I'm getting motion sickness, any tips for not getting it?
I don't know why, but i started the game yesterday, and when i play more than 10 minutes i start to get dizzy, i just have been playing the first two stages, i think it's moving while focused with the camera, or the double jump Has someone experienced this before with the game? someone has any tips to enjoy the game without this problem?...
4

Discghoul
Jun 8 @ 1:32am
General Discussions
No one has rated this review as helpful yet

Recommended
6.4 hrs on record
♥♥♥♥'s dope and poignant. it explores a lot of cool ideas that then get expanded on tenfold in the Macro DLC, which I would highly suggest you get alongside this game, even if just for the cool ♥♥♥♥ you get that you can use on any map after unlocking.