Before We Leave is a city building game set in a cozy corner of the universe. Nurture your Peeps and their surroundings while rebuilding and rediscovering civilisation. Settle new lands and planets while avoiding hungry Space Whales.
-65%
$19.99
$6.99
Visit the Store Page
Most popular community and official content for the past week.  (?)
Save 65% during the Team17 Summer Sale
Jun 23 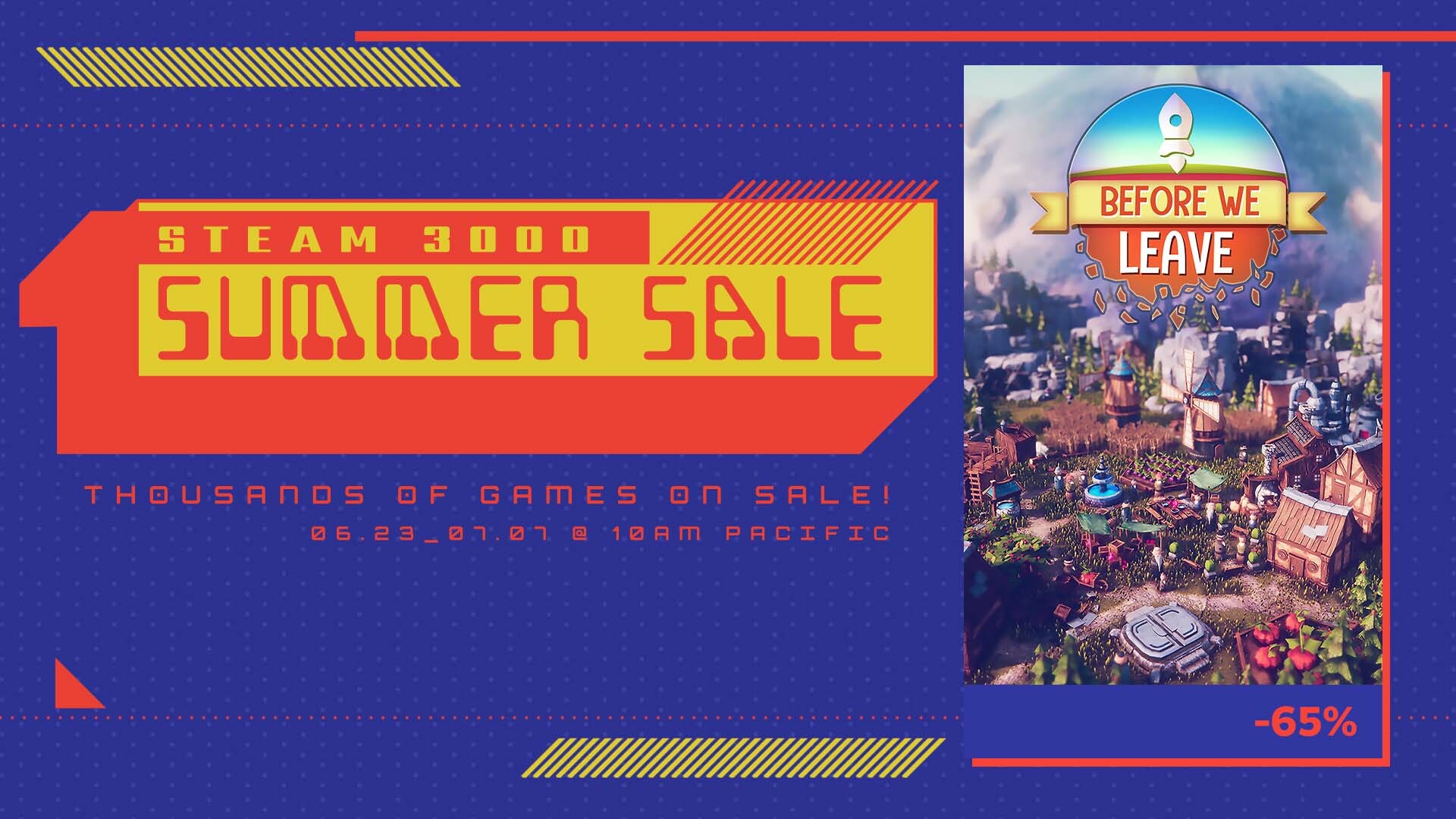 We've got some awesome news to share with you today - Before We Leave is currently 65% off during the Team17 Summer Sale!

Rediscover what was lost, and nurture your reborn civilisation in Before We Leave, a city building game set in a cozy corner of the universe! Grow, gather and manage resources to help your settlements thrive, and share goods between the hexagonal lands and planets around you. Relax and expand the fabric of your growing societies and create a solar system of happy planets at your own pace. Not everything will go your way, though - use your wits and research solutions to overcome the challenges that your ancestors once faced.

If that doesn't take your fancy, be sure to check out all the hot discounts across other Team17 titles! The sale ends July 7th at 6pm GMT.

That's not all though! Check out the fantastic 36 track soundtrack with a 40% discount too, by award-winning composer Benedict Nichols. Enjoy a relaxing fusion of music, from gentle guitars that soothe the spirits of your Peeps to the upbeat folk music of your industrious civilization.

Before We Leave
18
0
Desert Islands and World Repair
Been playing for a while now. Reached a point where I have to questions I'm hoping for input on: 1. Can you repair tiles removed by the space-whales? Encountered my first one in the tutorial and now there's a big hole in my planet. I'd like to fix it. It's in the ocean, so not a big deal, but I'm hoping there is some kind of terraforming and/or tile repair later. 2. I have a number of islands on my second planet that consist entirely or primarily of desert. To the extent that growing food natively seems ...
1

Optimal Housing Layout: Housing + Fields + Wells
What is the most optimal way to setup housing, farms, and wells for the best bonuses?
63 ratings 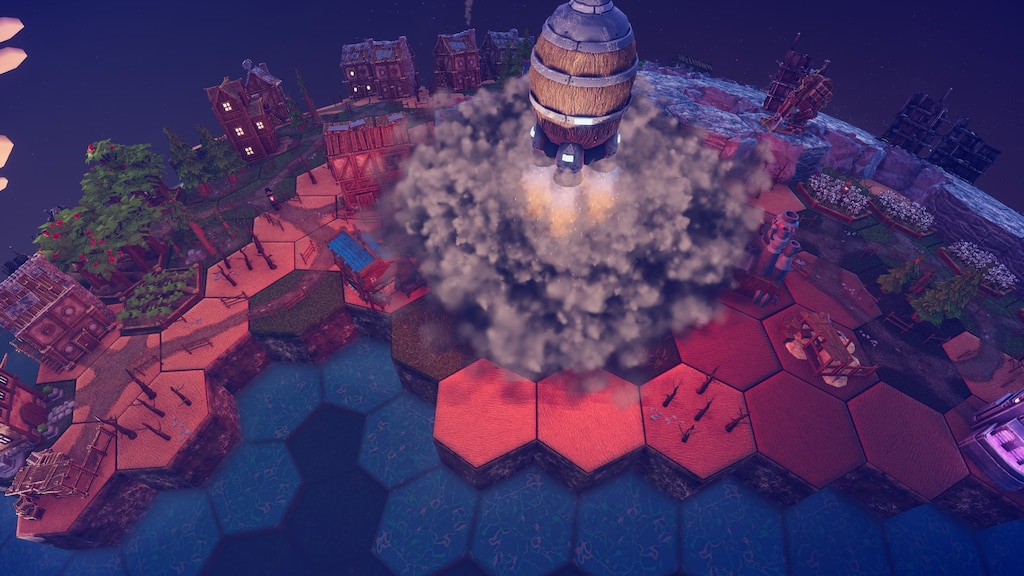 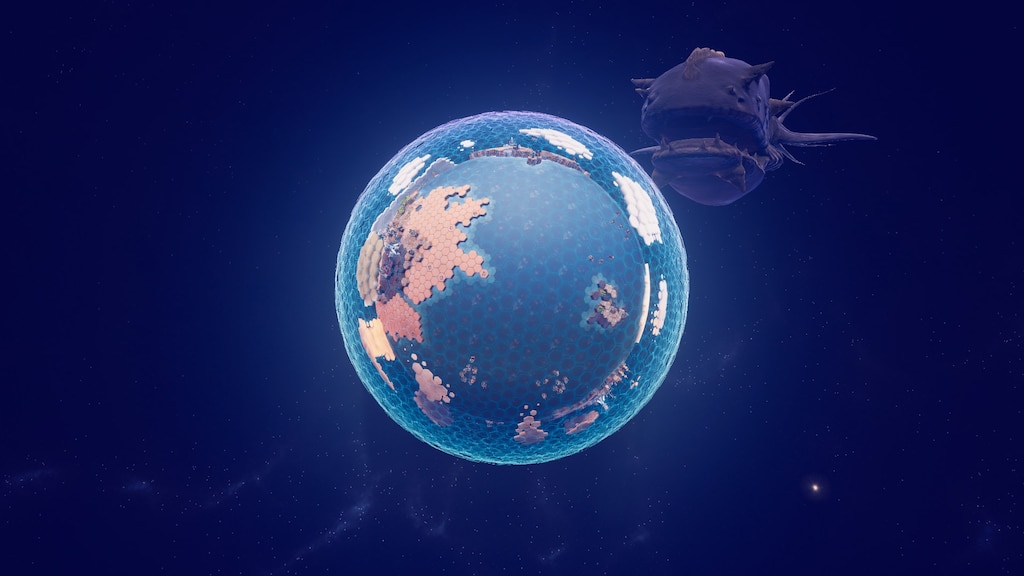 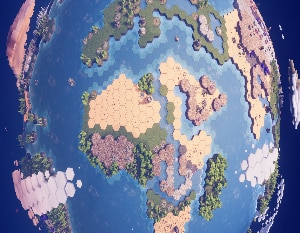 Happiness Options
A guide to what you can create to increase peep happiness and their upgrade and recipe options. Note: I didn’t list all bonuses. Just ones related to what you are doing. 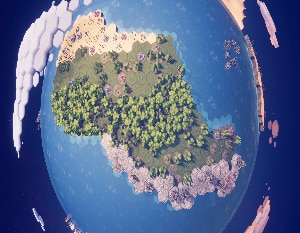 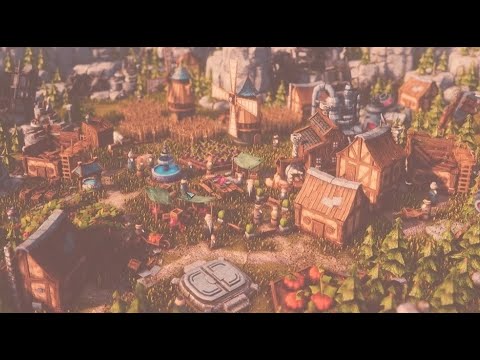 0
0
Восстановление забытых технологий - Before We Leave #01 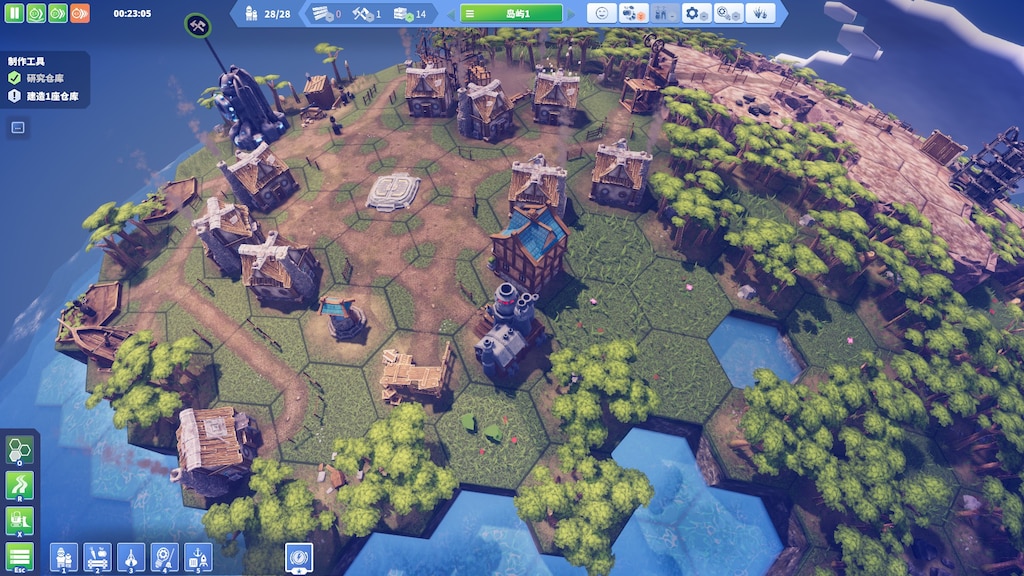 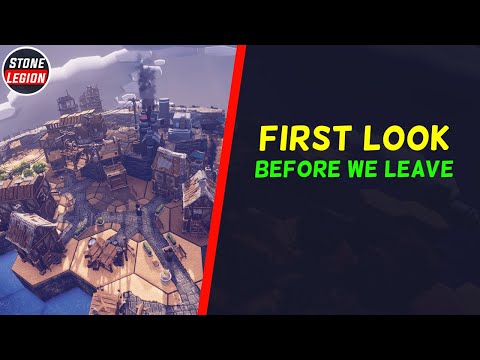 1
0
First Look: Before We Leave 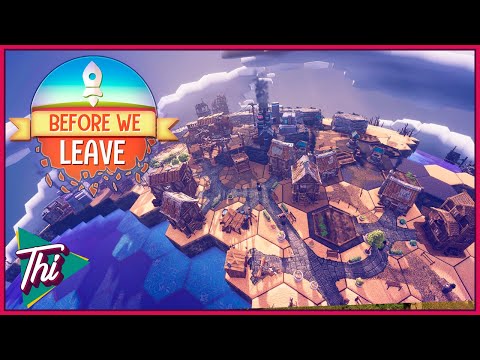 0
0
Reconstruindo a Civilização dos Migs - BEFORE WE LEAVE 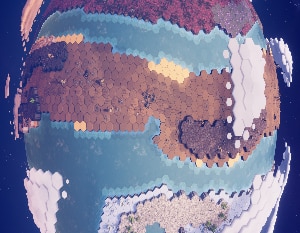 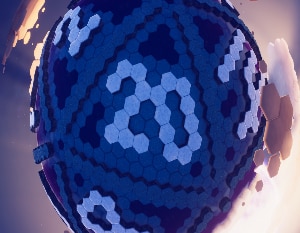 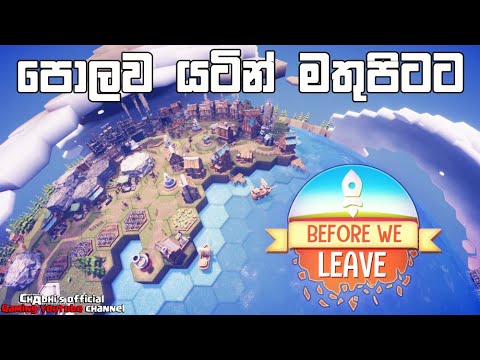 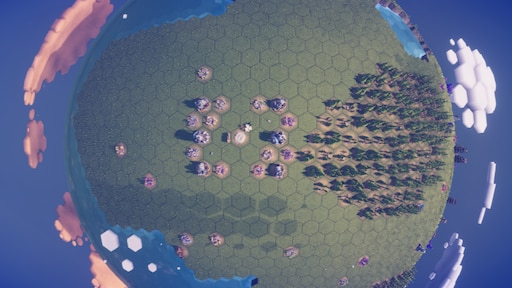 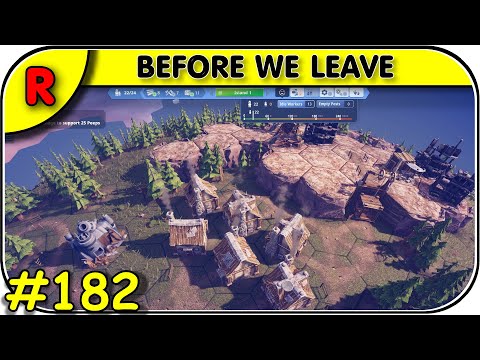 0
0
BEFORE WE LEAVE = Recenzja citybuildera 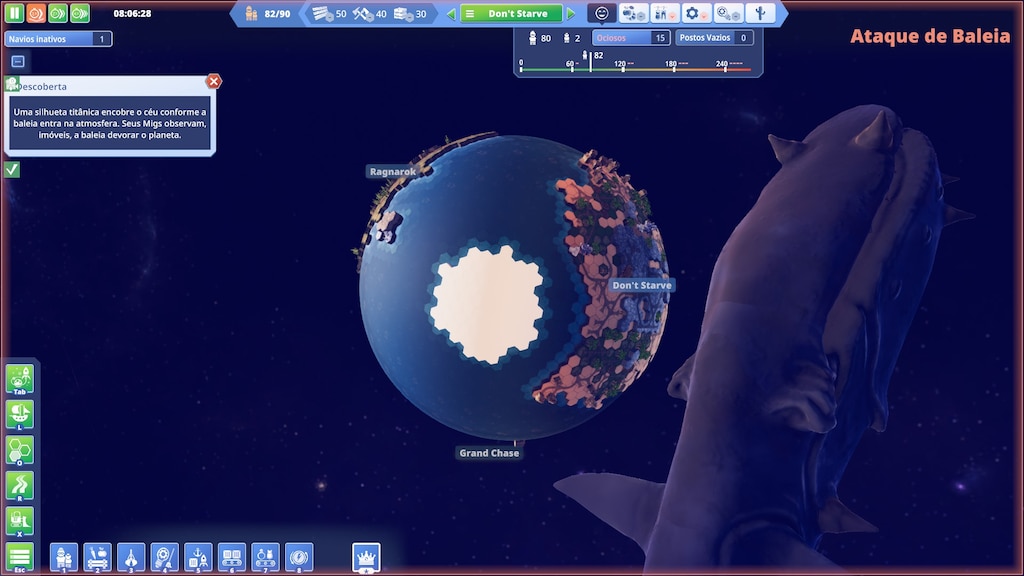 Al
View screenshots
How do I build on this tile?
I have a useless desert tile near the ocean, and I would love to put the second tile of a warehouse there, but it won't let me. Here's a pic. It makes perfect sense I should be able to do this, but it just won't. https://steamcommunity.com/sharedfiles/filedetails/?id=2849110702...
3

Jon.Topps
3 hours ago
General Discussions
New Player Questions
Hi, Brand new player here just 5+ hours in and have some questions where I'm stuck. 1. Green tech research is complete as far as I can find and the next items require both green and red tech. Expanded to second island when I could and found only red tech there. How do I collect it? 2. Is there a way to transfer peeps from one island to another besides running a colony ship? I have lots of idle peeps who could be useful on another island. 3. Please confirm that scout ships with one peep are basically los...
9

Taradyn
Jul 19 @ 5:11pm
General Discussions
Any idea's why my windgenerators are not working??
Stong wind of 3. On another island it's 0, and those windgenerators are turning just fine. Here is a screenshot of the not functional windgenerators. https://steamcommunity.com/sharedfiles/filedetails/?id=2847006816
2

Before We Leave is a hexagon grid based city builder. You are tasked with colonising new islands on a planet until you do what brought doom to earth in the first place, mine everything it has to offer and then move on to the next planet to destroy.

- Trading mechanics could be better
- Locked at 60FPS

There are only a handful of things that I found to criticise about this game. The lack of framerate control (locked at 60FPS) and the somewhat confusing at first trading menu. Eventually you get used to it however.

The gameplay is simple. Every building has to be attached to a road. If there are roads, your minions move a lot faster than if there were not any. Specific resource buildings require to be attached to the resource they are designed to mine as well as a road.

You must find the balance between resident numbers, food and resource production. Some islands cannot produce certain resources so you are obligated to utilise the trading features in order to move resources around as necessary. The goal is to colonise all of the islands and eventually repair the shuttle to migrate onto a new planet where it is rinse and repeat.

I am not usually too keen on grid based city builders but this one caught my attention immediately. The graphics are enjoyable, the performance is great, albeit locked at 60fps for now, the feature set is extensive, and the overall structure of the game is put together very nicely.