Store Page
ARK: Survival Evolved>  Workshop > Olympia's Workshop > The Hunted > Discussions
This item has been removed from the community because it violates Steam Community & Content Guidelines. It is only visible to you. If you believe your item has been removed by mistake, please contact Steam Support.
This item is incompatible with ARK: Survival Evolved. Please see the instructions page for reasons why this item might not work within ARK: Survival Evolved.
Current visibility: Hidden
This item will only be visible to you, admins, and anyone marked as a creator.
Current visibility: Friends-only
This item will only be visible in searches to you, your friends, and admins.
The Hunted
Description Discussions154 Comments1441 Change Notes 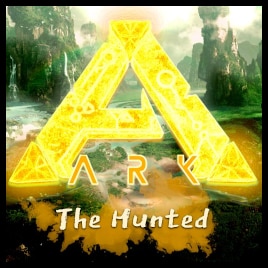 Want to join the discussion? You need to sign in or create an account.
Date Posted: Jun 1, 2020 @ 9:23am
Posts: 0
Start a New Discussion
Discussions Rules and Guidelines
More discussions

0
Clay on the Island?

Olympia
View Profile View Posts
[developer] Jun 1, 2020 @ 9:23am
Breakdown of Current Mod Features
The Hunted
The mod design returned to its original goal, to increase immersion in PVE. Surviving is hard and gritty. You should feel like "there is always a bigger fish" out there. Taming will be reworked so that eggs have to be stolen or curious babies passively tamed. Strategic and thoughtful survival will be rewarded. Exploration will be key to discovering necessary resources to move up the food chain.

Major Design Features
Reactive Dinosaurs
All dinosaurs (non-fantasy or mythical) have been remapped with increased targeting range. At the most basic level, dinos now react to everything, including one another, and you! Herbivores team up and may run long before you reach them, while carnivores will sniff you out much further away. Territorial animals will challenge you, including aggressive herbivores, such as trikes and stegos. Carnivores also target one another, fighting each other for hunting ground rights. Try not to get caught in the middle!

Valuable Corpses
Dinosaur corpses are now a highly valued resource, not only for you as a survivor, but for competing carnivores who will sniff out the kill and challenge you (and each other) for it. You now harvest more semi-realistic amounts of meat and hide from animals as they increase in size, reaching upwards of hundreds, sometimes thousands of pounds of meat from the island's largest animals. Harvesting a massive beast now takes time, patience, and maybe some stimulants!

Character Updates
Your rate of healing has been dramatically slowed. No more Wolverine survivors with insta-healing powers! All of your starting stats have been cut in half, except speed! This should encourage more diverse and strategic spreading of points gained at Level Ups. You may actually want to invest in Crafting Speed for more than just increasing custom recipes. There is no Stamina Recovery when Dehydrated or Starving and Stamina recovers more slowly now, increasing the need for stimulants! Fortunately, starvation and dehydration do not kill as quickly, but still a very real threat!

To counterbalance the increased aggression from the Ark's natives, you will start the game with a 60 second protective buff that prevents wild dinos from targeting you. This buff activates whenever you spawn in, so even in the event of you respawning, it will reactivate. However, if you attack a wild dino or steal an egg within those 60 seconds, the buff will fail. Beware! Use those 60 seconds wisely to run for cover!

Finally, male survivors are no longer incredibly ugly. Their facial texture maps have been smoothed out to help distinguish them from yettis. They're still a far cry from anything pretty, but at least they aren't painful to look at now.

Tamed Dinos
All dinos available at the moment have to be tamed via egg stealing or curious babies.

For curious babies, these mammal babies are wandering the wilderness, searching for adventure. Lure them in by feeding them passively without startling them or alerting their watchful parents. While they generally will tolerate your presence, they will flee at the sight of any other creatures, including your domesticated one. A certain tier of kibble is required to tame them, with a tooltip popping up when close enough to a baby, informing you of what kibble tier you need. You may use kibble from a higher tier, if available, to speed up taming.

Once you tame a baby animal, you will notice that they all start at Level 1, although this can be adjusted via server configuration options. You will need to start from the beginning with them! Fortunately, your dino can currently receive up to 225 additional levels from experience. Imprinting and mutations are incredibly valuable now!

Skinning Corpses
Once you have killed a dino, you can walk up to it and harvest it by hitting it with a tool of your choice. This will yield meat and sinew (a new resource that can take the place of fiber in recipes). However, in order to collect hide, pelt, etc. you will need to activate the action wheel on the corpse by holding E. This will bring up your skinning options, including gathering hide, pelt, or plucking feathers. You need to have a hatchet on you in order to collect common skin types and a metal hatchet to collect advanced skin types.

Saddle Construction, Implants, and Tributes
You no longer learn individual saddle engrams (e.g. Para saddles or Trike saddles). Instead, at Level 10, you unlock an engram called the Saddle Kit and a Basic Saddle. Using the Saddle Kit, you can construct six tiered generic saddles, with each tier unlocking every 10 levels (e.g. Simple at Level 20, Regular at Level 30, etc.) These saddles are used in the construction of all animal saddles now, reducing the micromanagement of having to learn a dozen different engrams (then taking a mindwipe brew to gain those engram points back after building it).

However, building these saddles, in addition to their base materials, require Activated Implants of six different tiers. These are crafted from deactivated implants found on fallen survivors scattered across the Ark or in supply drops. Reactivation is relatively straightforward, though not necessarily easy. Each tier requires a DNA passcode to unlock with each subsequent level requiring more advanced lifeforms and DNA. These DNA samples fall as Tributes (e.g. Argentavis Talons) from notable animals.

Other Notable Features
Consumable (Food) Changes
Some food items have been changed in order to make the choice between eating one thing over another more meaningful.

Berries now provide different benefits and have updated description to match their boons.

Meat has been reworked somewhat. They now drop in 1 pound increments, which is 10x higher than in vanilla. However, meat is also 10x as effective in beating back starvation. There is no longer any need to scarf down dozens of tiny bite-size pieces of trike steak.

A new food resource has also been added, Salmon Roe. There is a 50% chance of Salmon dropping with Roe which can be eaten raw, used in custom recipes, or allowed to desiccate (spoil) into raw salt, making it useful for maps absent of or with rare salt deposits.

Advanced food items now benefit task-specific activities, giving small boons to those who strategically pick their food based on their activities. Descriptions have been added to items as reminders. This should encourage diverse diets, but does not penalize a player for not wanting to invest time or thought in varying their food. There are no deficiencies or debuffs associated with this system. Each advanced food item now comes with a cooldown before it can be eaten again.

New Resources- Phase I
-Feathers: Birds now drop feathers, instead of hide. These will eventually be required to craft some items, like arrows.
-Quill Leather: Feathered dinos now drop quill leather, instead of hide, in addition to feathers. Quill leather can be used in place of hide for any recipe.
-Venom: Some venomous or poisonous animals now drop venom, which can be used to craft narcotics now in place of raw meat.

Kairuku & Hesperonis Eggs now Spoil into Organic Polymer
-If you would prefer to take a non-violent route, you may farm kairuku/hesperornis eggs and allow them to spoil into organic polymer.