Store Page
Train Simulator >  Workshop > Danny's Workshop
This item has been removed from the community because it violates Steam Community & Content Guidelines. It is only visible to you. If you believe your item has been removed by mistake, please contact Steam Support.
This item is incompatible with Train Simulator. Please see the instructions page for reasons why this item might not work within Train Simulator.
Current visibility: Hidden
This item will only be visible to you, admins, and anyone marked as a creator.
Current visibility: Friends-only
This item will only be visible in searches to you, your friends, and admins. 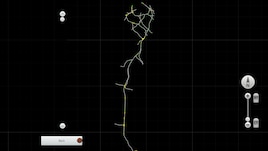 Danny
Offline
See all 167 collections created by Danny and other people (some may be hidden)
You need DLC to use this item.

This item has been added to your Subscriptions. Some games will require you to relaunch them before the item will be downloaded.
In 1 collection by Danny
Danny's Routes - UK Routes

Scenarios - Thanks to Warwick Rail - here is a Big list of workshop scenarios for the route.

Notes: After a few comments that i've seen, I have decided that I'm not going to give permission for anyone to submit changes for this route (if you merge the routes yourselves I have no say of course), you can of course make changes to your own copy of the route as a personal route, but I have decided that for over reasons and that I would prefer that there weren't about 20 copies of the same route with minor changes on workshop.

Description
Basically this is the combined London - Brighton Route attached to the South London Network, this was done a while ago so a more upto date version would be South London & Thameslink (well when I can finish that one of course), so includes the following routes: *Track)

Notes - LED Signal Pack - Comes with *London to Brighton*, *South London Network*, Portsmouth Direct (original not Waterloo), WCML North, WCML Over Shap, and I think a couple of others. (so you'll probably have this anyway :) )

Modellers Pack (I don't think it was really used - couple of bits) - comes with one of Doncaster Works, Falmouth, Portsmouth Direct (original), Northeast Corridor (original), Horseshoe Curve, Woodhead, Trains Vs Zombies 2, Western Lines of Scotland, WCML Over Shap, WCML North OR Pietmaritzburg to Ladysmith. (You'd only need one of those routes.)

Updates to London Brighton sections on this route:

Updates to Route since release

(the last three in own time)
Popular Discussions View All (7)

GaryW Jan 3 @ 2:59pm
This is amazing. Thank you so much for all your route merge work Danny!

Cyclone Jul 22, 2021 @ 5:37pm
Perfection is difficult to achieve. Why do you think doctors and lawyers always claim to be practicing?

Danny  [author] Jul 22, 2021 @ 3:14pm
London Bridge track isn't an issue it would just be very generic of a station, as for Waterloo route Clapham was done from scratch so that's why it has the missing crossover.

I think an updated merge adding the route to Waterloo and maybe part of the line past Clapham Junction (not necessarily to Portsmouth, no point unless we can connect it fully to Brighton) might be a possible option if Danny feels like building it. That would then give all three London termini and allow for Brighton to Waterloo services fully. However, SLN's London Bridge is still the older version, so a massive station rebuild would be needed and I suspect that would prevent it from being on Steam Workshop unless DTG eventually rebuilds it in another DLC, such as a complete South Eastern Main Line or the Greenwich Line from Charlton, or a proper Thameslink linkage.

rjhi2 Jul 22, 2021 @ 10:26am
FYI: There is a set-of points missing at Ludgate Jn on the Windsor Lines outside of Clapham Junction. Not a crit as it's missing from both London-Brighton and South-London-Network but I see that DTG have included it in the (more-recent) Waterloo-Portsmouth route. What it means is that coming from Stewarts Lane/Longhedge Jn you can access Clapham Yard, but you cannot go the other way (Yard to Longhedge jn) without reversing, which completely scuppered my scenario plans. Anyway, as I say, FYI if you're ever planning any updates to the route (unlikely I know). Great route btw.

(Deliberately not used AP Track or my own platform textures to show the route without most enhancements, OK I did use RW Enhancer...)
< >