Store Page
Hearts of Iron IV>  Workshop > The Man of Sex's Workshop
This item has been removed from the community because it violates Steam Community & Content Guidelines. It is only visible to you. If you believe your item has been removed by mistake, please contact Steam Support.
This item is incompatible with Hearts of Iron IV. Please see the instructions page for reasons why this item might not work within Hearts of Iron IV.
Current visibility: Hidden
This item will only be visible to you, admins, and anyone marked as a creator.
Current visibility: Friends-only
This item will only be visible in searches to you, your friends, and admins. 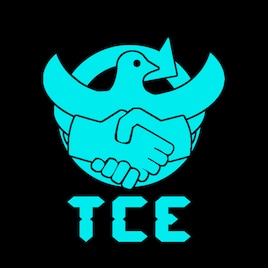 TCE HAS BECOME A SUBMOD FOR TNO, IT ISN'T STANDALONE ANYMORE, YOU CAN RUN SUBMODS WITH IT, BUT IF YOU WISH TO USE THE 2WRW DOWNLOAD THE COMPATIBILITY PATCH HERE https://steamcommunity.com/sharedfiles/filedetails/?edit=true&id=2649234160

The year is 1962, and Europe rests under the jackboot…
...but you’ve heard this one, haven’t you?

The New Order: The Community Expansion is a constantly evolving submod for The New Order: Last Days of Europe that adds years of content for nations that have fallen through the cracks of the original mod, heavily expanding playthroughs no matter what you play.

Version 1.0 includes ten years of content for the Russian warlord state of Yugra, a bandit state formed from escaped prisoners and criminals. Led by the Georgian mob boss Jaba Ioseliani, the vory v zakone - “thieves in law” - must unite Russia under a banner all their own. Whether that banner is that of the thieves or of a new system altogether, however, is up to you.
Features

-10 years of content for the Thief Territory of Yugra

The New Order: TCE is constantly being coded, written for, and designed, and plans may change and expand greatly as time goes on. All feedback is greatly appreciated. Thank you for your support!

If you're having a bug where you can't core the territories of Zlatoust type annex ZLT, the reason why this is happening after the release of TT is unkown, but we're working on it