Store Page
Dota 2>  Workshop > Collections > Meat4every1's Workshop
This item has been removed from the community because it violates Steam Community & Content Guidelines. It is only visible to you. If you believe your item has been removed by mistake, please contact Steam Support.
This item is incompatible with Dota 2. Please see the instructions page for reasons why this item might not work within Dota 2.
Current visibility: Hidden
This item will only be visible to you, admins, and anyone marked as a creator.
Current visibility: Friends-only
This item will only be visible in searches to you, your friends, and admins.
Description Discussions0 Comments103 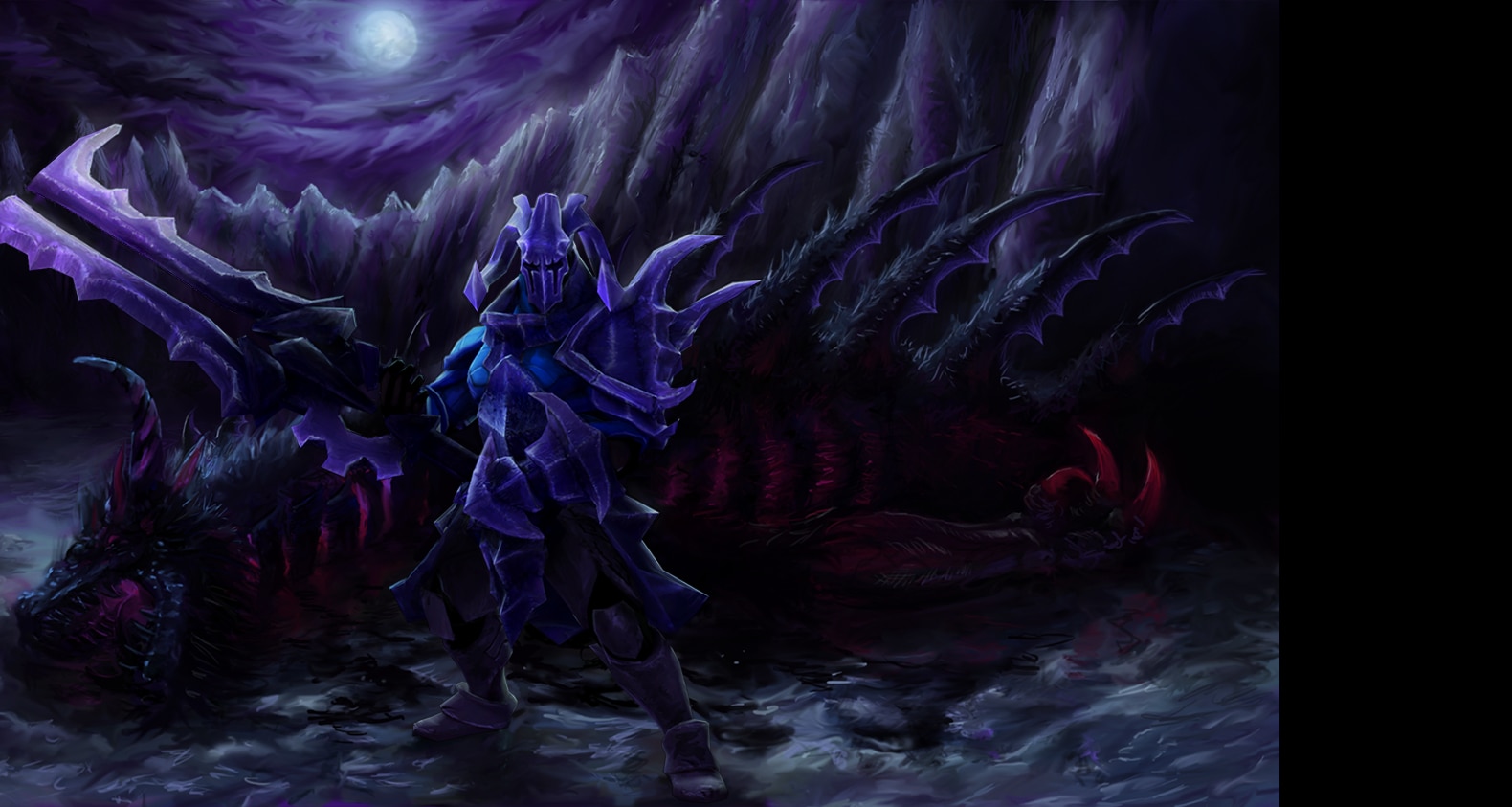 A collection of 8 items created by

Lore: Centuries long past, the Vigil Knights had hunted the black dragon Aeyuth, only achieving a single victory. In the codex it was written that this living blasphemy had been wounded but not destroyed, fleeing never to be heard from again. Stories of the beast's demonic power and dark tastes had long become legend. The order's oligarchy began to doubt the creature still lived, assuming it had crawled off to die from its' wounds. This was the folly of the passage of time and generations of men.

All dragons have their obsessions, and all are selfish. Red revel in gold and the blood of men, waging great wars that ravage civilization. Blue seek to learn all, amassing wondrous libraries open to all at the price of new knowledge. Bronze seek dominion and power, ruling with puppets wherever they can grasp hold of hearts with lies and promises. Green, wanting nothing but the comfort and solitude of nature, settle in the wonders left by the touch of Gaia.

Of all the sins wrought by dragons, non are so vile as black. These serpents feed on souls scarred by atrocity, collecting artifacts of genocide and tyranny, mutilation and sacrifice. The taint of souls touched by these objects linger for centuries. To a black dragon these souls are the only light in an existence of constant dark, driving them to spend the immortal centuries orchestrating such calamity. More powerful than a black dragon's love of pain is their love of living, for no being knows the black pit that awaits better. After being reminded of its own mortality by the Vigil Knights of old, the demon Aeyuth was more than happy to bide it's time, collecting safely from the shadows, leaving no trace of its' greed.

After the desecration of the Vigil Knights by the rogue knight Sven, Aeyuth emerged from behind his veil of secrecy. no longer content to merely coerce from darkness, he raged across the land, making his own atrocities and collecting the very land as his prize, but was still unsatisfied. Dragons do not know the meaning of enough. The vast emptiness that burns inside all black dragons fueled his desire for a greater prize. Aeyuth desired most the soul tainted with responsibility, the soul that desecrated the sacred order that scarred him so. Aeyuth wished with all his being to meet this warrior, the benefactor of his current work.

Even dragons can regret.

Sven knew of the dragons campaign, and remembered the tale of the beast's desires as written in the codex. Sven was sickened by his role in Aeyuth's return, "Everything you are offends my code, your sin shall not be mine". In this way the stage was set.

Sven stalked the fiend, following his wake of destruction. He saw every battlefield still reeking of black magic, every sacked village. The desecrated corpses and those poor creatures left alive, all things fueled a rage in Sven, a darker rage than he had known. He followed the beast into the frozen north, shielded from the cold by the gods of light, filled with power by something darker. High in the peaks above the serpents hole Sven waited in that land of constant night, rigid in code and cold, kept alive by conviction and devotion alone. half dead, half out of his body, Sven watched the black form crawl towards its' den. Sven watched, an onlooker as his own frozen body tensed and leaped from its' perch, ripped like fire through the frozen air and crashed like a comet to the ground, tearing the beast in half with Sven's dull blade.The beast writhed and clawed at Sven, but as the black ichor drained so did Aeyuth's will, until all was still. So fierce was Sven's attack that his armor was shorn from his body and his sword rendered useless by the creatures corrosive bile. Filled with purpose Sven went about his work, digging into the beast and culling from the broken corpse new armaments as further penance.

Dragon's do not die like other creatures. Tied so inherently to the very roots of the physical realm, dragon souls can linger for months before finally loosing their link and being drawn out. As Aeyuth watched Sven work, loathing turned to awe as he witnessed his ancient form refashioned to Sven's purpose.To a black dragon, their is no greater atrocity than his own death and mutilation.

Wrought in carapace and bone, fused together with boiling blood and lingering black magic, Sven donned his new armaments. Moved by Svens barbarity, by the abomination and beauty, Aeyuth forever bound his soul to the newly fashioned aegis. These artifacts of power would become the symbol of Sven's lonesome order, a symbol of good and evil, of true nuetrality, Aeyuth's Reliquiae. 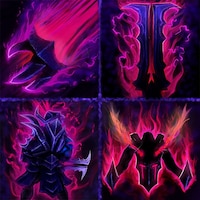 Aeyuth's Reliquiae (Ability Icons)
Created by Meat4every1
^^ vote on the other peices! :D

CUSTOM PARTICLE COLOR CHANGE TEST LOADED INTO DOTA!!!
[IMG]http://i.imgur.com/e105Q2R.png[/img]
technical work is done, moving on to particle art :D
Special thanks to GODZY for turning me on to this tutorial
http://ww... 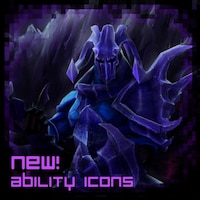 here's the loading screen if you want a DESKTOP BG ;D http://imgur.com/3bxb0o1

Post grad Bs/Ms in digital media. i have been working on this set for months ... 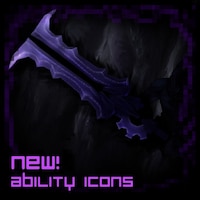 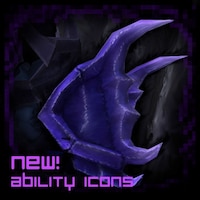 Aeyuth's Mantle
Created by Meat4every1
The product of Sven's triumph over the living blasphemy Aeyuth; an equally heinous artifact. 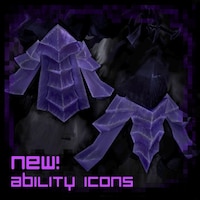 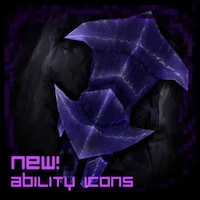 Aeyuth's Claw
Created by Meat4every1
The product of Sven's triumph over the living blasphemy Aeyuth; an equally heinous artifact. 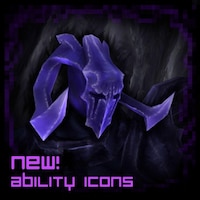 The product of Sven's triumph over the living blasphemy Aeyuth; an equally heinous artifact.

Hey guys :D don't forget to rate the other pieces! 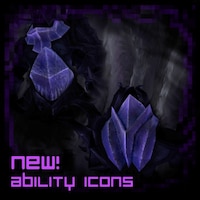