Store Page
Stellaris>  Workshop > Tovius's Workshop
This item has been removed from the community because it violates Steam Community & Content Guidelines. It is only visible to you. If you believe your item has been removed by mistake, please contact Steam Support.
This item is incompatible with Stellaris. Please see the instructions page for reasons why this item might not work within Stellaris.
Current visibility: Hidden
This item will only be visible to you, admins, and anyone marked as a creator.
Current visibility: Friends-only
This item will only be visible in searches to you, your friends, and admins. 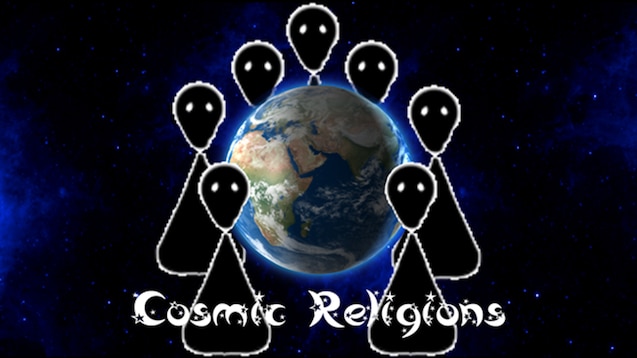 Tovius
Offline
See all 36 collections (some may be hidden)

This item has been added to your Subscriptions. Some games will require you to relaunch them before the item will be downloaded.
Description
An updated version of the original mod for 3.1

Original Mod Description
Mod adds to the game 8 religious systems that gives small bonuses: animism, monotheism, polytheism, god-emperor, pantheism, secularism, atheism and materialism.
The religious affiliation of the population is not constant, but changes with time.

The religion of other empires can be changed by force, with the help of religious war goals.

Mod also adds 3 civilian models for spiritualistic empires:
1) Holy society - with a low probability, leaders will receive an additional "Saint" trait;
2) Last journey - after the death of the leaders they must be sent to another world (the exchange of resources for influence and unity);
3) Seekers - from time to time the empire will receive a modifier that stimulates colonization.

Changes from the Orignal Mod[/h1]
- Removed Sacrifices civic
- Pops in secular empires can be any religion, but are mostly secular
- Opinion modifiers are not as extreme
< >
10 Comments

sethlippert888 Jul 13, 2021 @ 8:12pm
I started up the world and I only had 2 options of religion available. While I've seen screenshots of others having more. Whats up with that?

Dissolution Jun 27, 2021 @ 4:43pm
Hi! Could I get a simple compatibility patch making the Demigod Monarch civic from DroZzhat's Stellaris Mod compatible with "God-Emperor" worship? I'd really appreciate it, if it's not too much trouble. If not, I appreciate the update and effort already put forward.