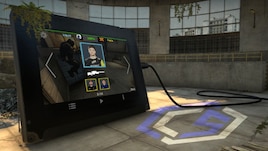 fixspawns
Offline
See all 169 collections (some may be hidden)

This item has been added to your Subscriptions. Some games will require you to relaunch them before the item will be downloaded.
Description
Try to repeat the clutch moments of famous pro players from various tournaments on Cache! Set records and compete with other players.

THE MAP IS ONLY FOR ONE PERSON! RECOMMENDED TO PLAY ON 64 TICK

The map was created with CYBERSHOKE.NET association. The map’s features:
Run moments via a large tablet.

Use a triangular menu

Switchable (ON / OFF):
Strive to repeat the moment as accurately as possible for best synchronization

About synchronization
A general synchronization includes factors such as player movement, number of shots, and exact timing of kills. In some moments, it’s necessary to throw grenades, which take into account the time and distance to the explosion.

Records
The overall record is the sum of all syncs of the moments you passed.
If you pass 5 moments, then a button for uploading the overall record to the site will appear on the tablet. If you shoot at it - a console will open with instructions for uploading.
The highscore table gets updated with each new version of the map.

Hypernova May 16 @ 12:01am
this was really fun to play through, and i hope we get to see more like this except on other maps

but can we have more map!