Store Page
Stellaris>  Workshop > Chirumiru ShiRoz's Workshop
This item has been removed from the community because it violates Steam Community & Content Guidelines. It is only visible to you. If you believe your item has been removed by mistake, please contact Steam Support.
This item is incompatible with Stellaris. Please see the instructions page for reasons why this item might not work within Stellaris.
Current visibility: Hidden
This item will only be visible to you, admins, and anyone marked as a creator.
Current visibility: Friends-only
This item will only be visible in searches to you, your friends, and admins. 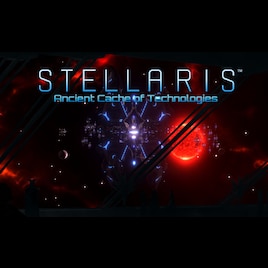 Chirumiru ShiRoz
Offline
See all 68 collections (some may be hidden)

This item has been added to your Subscriptions. Some games will require you to relaunch them before the item will be downloaded.
Description
This ACOT Submod make changes to various defines and vanilla repeatables to make Stellaris fit with ACOT more. It can however be used without ACOT if you so desire.

#Note : Not all changes are listed below, some may be missed, I will add them in as I remember lul.

Q: So why do my fleets suddenly have stupidly low fleetpowers?
A: The new calculations make the game less overzealous with how it calculates hull hp, evasions and weapon damage, which also fixes the issue of it not being able to display a fleetpower above 800k-ish without going into 1. (Ship fleetpower, not fleet total power)

Q: Does it actually make my fleets weaker?
A: No, your ship still have the same stats, but events that calls for fleetpower check will require you to do extra works to reach the vanilla score.

Q: Can I use this without ACOT?
A: Yes

Q: Why cap repetables?
A: To keep things realistic, and to prevent the game from actually overflowing. Just how much can you make the kinetic gun fires faster before it can reaches across galaxies in single second?

Q: This seems to be oddly small for an ACOT submod.
A: Wryyyyyyyyy

Q: Who came up with the numbers and balances, can't be you since we all know Panada sucks at balance.
A: The Panada has consorted with multiple dudes to come up with new calculations. Is it balanced? Possibly? Does it work? Yes. Just be glad I manage to fix the 1 fleetpower problem that has been plaguing this game for aeons.

Credits and Special Thanks to

- Wymorlon for many useful insights and intense debate whether xenophobes should have gene points.

- Velaroz, because hes the calculator. If ♥♥♥♥♥ are broken, blame him lulz.

- All supporters. Your sacrifice against the FE will be honored in the New Imperium of Meme.

I have a section on Discord for my mods here
ACOT Main Discord Server[discord.gg]

You can also support me on Patreon here [www.patreon.com].
Popular Discussions View All (2)

The Mysterious Stranger Nov 25 @ 11:54am
Found an issue where the marauder raiding fleets use fleet power to determine the "condition" of their fleets, so with this mod they immediately abort any raids, usually before the raiding fleet even leaves their home system.

Chirumiru ShiRoz  [author] Nov 24 @ 3:07pm
It was a bug on the main ACOT which I just fixed in the latest update.

Klem Nov 24 @ 12:42pm
@WERWOLF-SS it seems to be a conflict that happens with the base ACOT already as far as i can tell. Still not 100% able to pin it down but i had the same problem.

@Chirumiru ShiRoz the moment were i comment out the base definition in acot_assault_armies basically the part in ### OVERWRITE
# Assault Armies
assault_army = {...

everything seems to work perfectly fine, but otherwise the AI will not build any armies and so never declare war,
But for the life of me i can't figure out why. Any chance you could point me in the right direction on that one. Would be much appreciated, other than that i really like the amount of effort you put into the whole thing it provided my already with tons of fun content, so thank you for that

WERWOLF-SS Nov 23 @ 5:21pm
It is a conflict with another mod I have. Taking this mod off and empires are starting to make armies again.

thryllth Nov 22 @ 1:41am
Wait so with this mod my general riding in a planetary invasion tank wont get randomly sniped the minute my ground forces land? The fact that generals in this game die at a rate that would make 2nd Lts nervous is preposterous thank you for addressing this issue.

Dragatus Nov 21 @ 10:19am
Corvettes might be ranking high in power because their evasion is no longer capped at 90.

HuaLim Nov 20 @ 9:37pm
I found that Fleet combat from Corvett was much higher than expected. For Ex. one of corvett had 300 Fleet combat (but it should show at 44 Fleet combat, as recommend from Shiru), but one battleship had only 200 Fleet combat.
Should it had conflict with other mods or bug?
< >