This user has also played as:
Peerawat Community Ambassador
200 XP
The wes once a man named ShiRoz, he was the guardian of the white cat and overseer of the world itself, seeking to destroy his nemesis KuRoz, he plans to unleash the secret Superweapon, a highly artificial intelligent android codename TEMA, trusting this command to Admiral Tum the Angry Beast. Unfortunately, the Admiral was having dinner and ordered his minions the *Taiz to engineer TEMA, they accidently inserts code Jockey 12-XE. and the TEMA went awry, destroying both KuRoz and ShiRoz's world alike. The White and The Black Cats must now unite to stop this abomination....

As for the KuRoz's spy, they reaches the entrance door and attempt to unweld the lock, however the door is actually another spy and he destroy another door that is right behind KuRoz's spy team, ultimately annihilate the plan.

A Path Beyond
181 Members 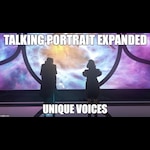 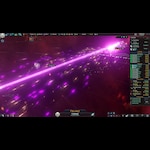 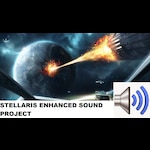 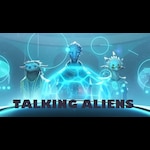 TheRiot Jun 7 @ 2:50am
Hi. I found you mod ACOT sins of the fallen empires, and while it is outdated, I liked the stellarborne portrait and city sets. Actually, I liked them enough to make a seperate mod with just those things for personal use. The thing is, I think there may be others out there who would like to have to option to use just the portraits and city designs. In short, I'm asking if you would mind if I upload it to steam, crediting you for it, of couse.

Itsfreerealastate77 May 20 @ 8:02am
Hey I wanted to ask you if you could update a Stellaris mod for me I would but I don;t know how to make 3D models the mod is Dark Mammalian Shipsets by crusader vanguard.if you can take a look at it I will be grateful.

Chirumiru ShiRoz Apr 3 @ 5:19am
Just check the files inside my mod and replicate it. It's hard to tell proper guides on steam comments, so either contact on Modding Den or my Discord Server.

Fogel Apr 3 @ 4:18am
Sorry, to bother you here, I saw your Stellaris Talking Aliens mod and also wanted to change the Species Voices/Sounds for a little mod. Could you tell me how to do it, please? I have a 15 second wav file created in my mod files under /mod/technounion/common/Stellaris/sound/vo/phenotypes/human/technounion.wav
in technounion_species_technounion.txt I've changed the default greeting from "human_female_greeting_04" to "technounion". But sadly this isn't working :/

TurtleShroom Sep 17, 2019 @ 2:49pm
Hey dude, there's a longstanding issue with your Edgy Exterminator Machines. I've finally gotten around to filing a bug report, if you don't mind checking it out when you get the chance.
< >