Store Page
Hearts of Iron IV>  Workshop > Szellkalman's Workshop
This item has been removed from the community because it violates Steam Community & Content Guidelines. It is only visible to you. If you believe your item has been removed by mistake, please contact Steam Support.
This item is incompatible with Hearts of Iron IV. Please see the instructions page for reasons why this item might not work within Hearts of Iron IV.
Current visibility: Hidden
This item will only be visible to you, admins, and anyone marked as a creator.
Current visibility: Friends-only
This item will only be visible in searches to you, your friends, and admins. 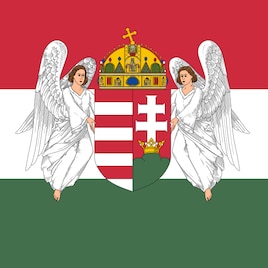 Hearts of Iron IV: Death or Dishonor
Created by

Szellkalman
Online
See all 20 collections (some may be hidden)
You need DLC to use this item.

This item has been added to your Subscriptions. Some games will require you to relaunch them before the item will be downloaded.
Description
Welcome to the Expanded Hungary Mod!

The Mod is still a work in Progress!! I just thought I'd release the first stable phase to give you a sneak peak into what's coming up! :)

I felt that Hungary wasn't portraid properly in the "Death or Dishonour" DLC so I started my first Mod Project a long time ago. ("Little Hungary") This is the newer Version of that mod. The entire Focus Tree is completely reworked. For that I losely oriented myself on the vanilla Focus tree, basically making it bigger. The mod includes the historical path and various different paths that all are very different. At this point, only the fascist side is really playable but I will of course work on the other paths.

A large part of the mod focuses on politics, diplomatic decisions and known (but also not so known) politicians and characters that I have given the chance to change the fate of Hungary.

The industrial path has been reworked to add more flavor, historical accuracy and unique designers and companies have been added, same goes for the military path.

Various events and decisions have been added to give the player the feeling of the pressure that was put on Hungary during that time period. Paradox unfortunately failed to cover alot of interesting aspects of the country, which are present in this mod.


Special thanks goes to MDavid, who was working with me for a while and had a lot of good ideas that I could implement. He also provided me with some designers and politician portraits.
I am also open to suggestions from the comment section!


I have also used some portraits from different mods, for example the "Hungarian Flavor" mod, which is a fantastic mod and it was a great inspiration. Still, all my ideas are original.

Szellkalman  [author] Nov 26 @ 11:58am
@theconservativemonarch I've sent you a friend request, then we can discuss where I should send it to you.

theconservativemonarch Nov 26 @ 11:37am
I don't mean to be a bother but I'm not the best at finding these files. I want these files so I can Import them to the Focus tree creator to make a mod just for myself.

theconservativemonarch Nov 26 @ 11:27am
@Szellkalman: I have tried to search for it... I can't find it. Please send it.

theconservativemonarch Nov 26 @ 11:07am
@Szellkalman: ok, glad to hear it... I love (most) of the mod. But if I can't find the file I need, could YOU send me the Focus Tree File (so I can have some fun with it) Thanks, keep it up!

Szellkalman  [author] Nov 26 @ 10:51am
@theconservativemonarch the Habsburg tree isn't finished yet. I haven't had time to work on it recently. The mod files should be in your steam folder.

theconservativemonarch Nov 26 @ 9:47am
@Szellkalman can you please send me the Mod Files?

theconservativemonarch Nov 25 @ 2:38pm
How to get rid of the Communist National Spirit as the Habsburgs