Store Page
Stellaris>  Workshop > safr208's Workshop
This item has been removed from the community because it violates Steam Community & Content Guidelines. It is only visible to you. If you believe your item has been removed by mistake, please contact Steam Support.
This item is incompatible with Stellaris. Please see the instructions page for reasons why this item might not work within Stellaris.
Current visibility: Hidden
This item will only be visible to you, admins, and anyone marked as a creator.
Current visibility: Friends-only
This item will only be visible in searches to you, your friends, and admins. 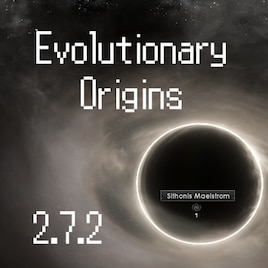 safr208
Offline
See all 53 collections (some may be hidden)

This item has been added to your Subscriptions. Some games will require you to relaunch them before the item will be downloaded.
Description
This mod adds 7 new origins to Stellaris. These origins are as follows.

Origins Requirements: Can not be hive minded or Fanatical Xenophobe.

With the Pre-Sentient Cousins origins your empire starts with 3 randomly generated pre-sentients pops living on your planets homeworld. Pre-sentients based events may occur on your homeworld, and with the right tech you can uplift them. You can also exterminate them if your that kind of empire.

Are you the kind of player who loves purging? Do you love purging so much you build your entire civilization around it? Do you hate that you have to go out in the galaxy to find xeno scum to purge? Well do I have the origin for you.

With the undesirables origin you can customize a perfect secondary species to purge from the galaxy. 4 of them will spawn right on your homeworld right at the start of the game. Work them to death or cook them into a tasty snack the choice is yours.

Your civilization starts on a Tomb world with the tomb world habitability. It seems that the first species to evolve on this world nuked themselves into extinction. Luckily the radiation mutated a few animals and gave rise to a second civilization.

Do you think its unfair that machine intelligences can start on a machine world, but hive minds cant start on a hive world? Well this mod fixes that grave error. With this mod your hives homeworld will be a hive world ready for use by your perfectly crafted hive mind.

Want to start your civilization on a shiny metal planet without all the rust of a relic world? Now you can. With the ecumenopolis world origin your civilization will have a head start on the galaxy. With there homeworld being a giant city planet in its prime. You will also have an arcane reactor that provides for your needs.

Origins Requirements: Must be democratic, can not be any kind of xenophobic, can not have the police state, citizen service, or Byzantine Bureaucracy civics.

The escaped slaves origin was heavily inspired by the cut escaped slave origin. This origin does the following.

Gives you a habitability, happiness, and stability bonuses on your homeworld for the first 20 years.

Creates a slaver empire somewhere in the galaxy. This empire have a -1000 opinion of your empire, and have small start of game bonuses and slave output buffs on their homeworld.

safr208  [author] Sep 17 @ 12:06pm
I agree that Undesirables is kind of meh compared with the other origins. I have a few ideas on the next version of this mod so I might buff up that origin a bit while I'm at it.

Toast Sep 17 @ 11:56am
I don't really get the point of Undesirables. It's not particularly challenging because of how few undesirables actually spawn, but you also don't get any buffs from it. You just lose out on getting an origin, essentially.

Other than that, this is a really good mod.

I know that there are graphical glitches at occur during the empire creation. Though from my testing they go away after the game loads.

Gray Lantern Sep 13 @ 12:05pm
In my game I made an empire with the Ecumenopolis World start and not only did my game crash (might be other mods tbh) but the planet screen for the room was pitch black except for the city. Did I do something wrong, like not install a patch I should have?

safr208  [author] Sep 12 @ 7:48am
Strange I added a script that replaces the first pop with a random species as soon as it spawns. I have no idea why its not working for you callix.

callix Sep 12 @ 5:17am
Just tried the Escaped Slaves. Your description says the player's custom species won't spawn through normal gameplay, but the first pop to grow always seems to be that custom species. I am using Planetary Diversity, so that could be mucking it up, but it does seem to undermine the whole idea a little.

Laneer#6422 Sep 12 @ 4:51am
i think 'escaped slaves' should be changed so that atleast one of the species is the founder species. idk, maybe i'll just edit that for myself

safr208  [author] Sep 11 @ 8:17am
To von_das the AI can start with these origins (Except for Ecumenopolis World though you can force spawn an empire with it). However there can be only one empire per galaxy with the escaped slaves origin.
< >