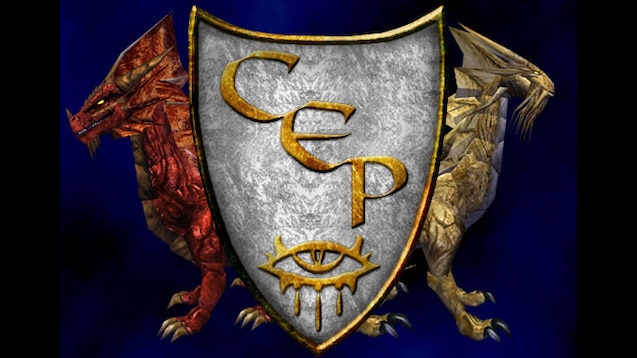 This item has been added to your Subscriptions. Some games will require you to relaunch them before the item will be downloaded.
Description
CEP 2.65
+ CEP 1 (Complete)

The Community Expansion Pack (CEP) is a large hak pak collection of free, community-made custom content. Most of the included material comes from content previously posted on the Neverwinter Vault sites by independent users. Additional content has come from contributors to the Custom Content Challenge (http://www.neverwinternights.info/cc_ccc.htm), several updates from Project Q (http://neverwintervault.org/project/nwn1/hakpak/combined/project-q), and other content developed specifically for the CEP. Included content is organized to function properly together, with necessary updates made to models, scripts, and .2da files. The CEP is intended to be a "universal" download - players can download this single package to access a large number of modules and persistent worlds that otherwise would have each required their own individual downloads.

Builders using the CEP for their module have the option of selecting which CEP content appears in-game. Content from the CEP does not override default Neverwinter Nights content, nor does it affect modules that don't specifically use the CEP. The Community Expansion Pack has been very successful over the years, and many long-term players have found the CEP to be as vital to Neverwinter Nights as the official BioWare expansion packs.

This download includes both the current CEP (used for any module build with 2.1 or later) and CEP 1 (used for playing older modules built with CEP prior to version 2).

While the page here may show the file size as 2GB, the actual download is 5.99 GB.

If you are playing a non-Steam version of Neverwinter Nights, you'll still need to download and install the CEP normally, and can find it here:

[Resolved] I downloaded It but nothing Is showing up...
MageFries

CEP Files arent showing up in Custom Content after ive downloaded & moved them across
wardt.hmra

Please unsubscribe from this page, to prevent conflict.

dendroid101 Dec 24, 2020 @ 5:11pm
Hey Nilruin. I'm having the same problem. I installed everything correctly, but the creatures and items are invisible.

Igris Nov 3, 2020 @ 11:00am
does this add companion control, if not would anyone be able to point me in the direction of something that gives me some control over companions? kinda sucks its just not a default.

Dezmodian Jul 28, 2020 @ 8:40am
@Proleric Ohh that is a shiny one! MUCH better then their crappy 30 page one they had back in the day. Glad to see someone really put some serious effort into it! Wish I had that back then lol!! Very nice

Proleric Jul 23, 2020 @ 12:06am
@Dezmodian I think people are mostly using this one now:
https://neverwintervault.org/project/nwn1/other/guide-building-volume-i-%E2%80%93-aurora-toolset-manual
but respect for your contribution.
< >